35 Things To Do In Dallas This Weekend. 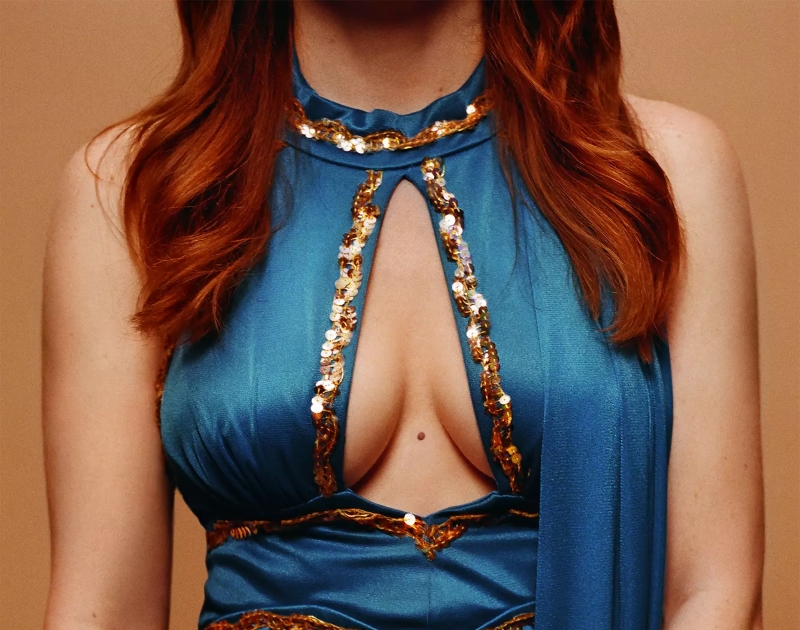 After watching this clip of reality television survival expert Bear Grylls reviewing blockbuster “survival” films like The Revenant, Cast Away, Point Break, Titanic and Bird Box, all the while peppering in his real-life, near-death experiences, well, you might just want to watch it all day.

It’s only like 11 minutes, though. So that won’t manage to keep you too busy this weekend. The list below, on the other hand, should have you covered for three whole days. — Cory Graves

Jenny Lewis at Canton Hall
The former Rilo Kiley guitarist and vocalist recently released On the Line, her first solo studio album since 2014 ‘s The Voyager. The album is chock-full of collabs from acts such as Beck, Ringo Starr and Ryan Adams, who also produced the effort. It’s the singer-songwriter’s first studio effort since Nice as Fuck’s 2016 self-titled LP. The Watson Twins open. — Garrett Gravley

The Bouncing Souls at Gas Monkey Bar N’ Grill
The Bronx opens this entire tour, and select dates include support from the likes of Swingin’ Utters, Off With Their Heads and Skinny Lister. As for us? We get The Casualties and Crazy + the Brains. — GG

Plandroid, Lorelei K, Helium Queens at Double Wide
The terrifically unconventional Helium Queens and Lorelei K each have new singles we’ve profiled here (HQ) and here (LK), respectively. And the equally exceptional Plandroid not only features two dudes from The Polyphonic Spree, but has a new Steve Albini-produced album coming down the pike in the very near future. — CG

Tyler Childers at Billy Bob’s (Sold Out)
The Kentucky country man sold out both Canton Hall and The Rustic in the past nine months or so. And he’s gone and done it again at the World’s Largest Honky-Tonk ™. — CG

Roy Blair at Dada
Rumor has it that Roy Blair met Brockhampton’s Kevin Abstract on Tinder. Regardless of that story’s veracity, Blair would go on to do backup vocals on some cuts from Abstract’s solo album American Boyfriend: A Suburban Love Story. — GG

Charley Crockett at Kessler Theater
Quasi-local country/blues sensation Charley Crockett will be touring for the first time since having open-heart surgery, and will be playing a gig at the Kessler with so much FOMO involved that it’s happening twice. The Relatives open the Friday show, and James Hand opens the Saturday show. — GG

The Babadook at Texas Theatre
If you love horror and suspense, then you will love this one. People went crazy about it on Netflix, anyway. This story starts six years after Amelia loses her husband. Now a widowed mother, her son is six-years-old and suddenly starts acting really strange after having countless dreams of a horrible monster coming to kill them both. Soon after, a strange book called, The Babadook, appears and it’s game over. — Mira Scott

”Candytopia” at 8021 Walnut Hill Lane
It may not be an all you can eat candy buffet, but it is worthwhile. Curated by Jackie Smith, realized by fabricator Zac Hartog and brought to life by retailer John Goodman, “Candytopia” is an exhibition all things sweet and picture perfect. It’s a four-month long interactive art installation that celebrates vibrant colors and flavors of sugary goodies. — MS

Ja Rule at Texas Live
“There’s an old saying in Tennessee — I know it’s in Texas, probably in Tennessee — that says, fool me once, shame on — shame on you. Fool me — you can’t get fooled again.” — George W. Bush

Pink Flamingos at Inwood Theatre
Feeling threatened by a sleazy married couple, Divine’s gotta hold onto her title as “Filthiest Person Alive,” even harder. She goes up against the married couple and gives them all that she’s got. She didn’t earn that title for nothing. — MS

Elm Street Tease at Three Links
conventional wisdom for live rock venues of a certain size has always been that you leave the weekends for your bread-and-butter door-busters so that you can afford to take risks on other things — baby bands, other music genres, burlesque shows. Turns out conventional wisdom can suck a bag of gummy-bear dildos, at least when it comes to Three Links and especially as it comes to burlesque. Once again, Dallas’ Minxie Mimieux brings in talent from around the country, including headliner LouLou D’Vii from New York, as well as Emma Vauxdevil, Lily Liqueur, Delilah DuBois, and New Orleans’ GoGo McGregor. — Allan Hayslip

Hamilton at the Music Hall at Fair Park
Perhaps not as hard a ticket to cop as the OG Broadway production, the Dallas Summer Musicals version should at least give you a good idea what the fuss was all about a few years back. It runs on select dates from April 2 to May 5. — CG

Water Lantern Festival at Panther Island Pavilion
Have your human spirit inspired by the projected hundreds of paper lanterns temporarily set afloat in the Trinity. Don’t worry, the organizers say they’ll clean ’em all up after. — CG

Gibbz at Ruins
In the song “Not the One,” Gibbz performs mental jiu-jitsu in singing “When you’re alone / Don’t you dare think of me / Cause I can’t be where you are.” Is he telling her to only think of him when in the company of other people? If so, why is he setting such strict parameters as to when she can think about someone who, by his own admission, cannot be where she is? There are so many unanswered questions… — GG

Black Stone Cherry at Trees
Black Stone Cherry is one of three berry-related bands playing this year’s Rocklahoma, sharing that distinction with Buckcherry and Blackberry Smoke. Technically, cherries are stone fruits and not berries, but what are we, botanists? — GG

One Page Salon at The Wild Detectives
Having been called, “the best literary evening in town,” by The Austin American-Statesman, One Page Salon is spending an evening Dallas tonight. They’re traveling for a special evening of quick readings, slow drinking and lots of literary shenanigans. — MS

3Lau at Stereo Live
The Electric Zoo and Electric Daisy Carnival vet brings some of the electric dance music to Dallas. — CG

Bad Suns at House of Blues
The four-piece got its start in a middle school classroom in LA through the friendship of Christo Bowman and Gavin Bennett. They picked up Miles Morris and Ray Libby shortly after and spent their adolescence dipping toes in the LA music scene. Then grew up on gradually bigger stages before our approving eyes. — Laruen Keuning

Annual Dallas Yoga & Fitness Festival at AT&T Performing Arts Center
Your $40 ticket will grant you access to four fitness activities taking place on the ATTPAC lawn, but you’ll have over 40 activities from which to choose. — CG

Vintage Base Ball Festival at Farmers Branch Historical Park
The old ball game, but as it was originally intended – as in, played under Civil War rules. It looks a little something like this. — CG

Tyler Perry at The Theatre at Grand Prairie
The famed actor, filmmaker, comedian, playwright and mastermind behind the Madea character was named Forbes’ highest-paid man in entertainment in 2011. Now, he’s making an appearance in Grand Prairie as part of what he’s calling Madea’s Farewell Tour. During a SiriusXM interview in October, Perry joked that, “[He] just [doesn’t] want to be her [age and] still playing her.” Maybe he should, though: The Madea character has grossed some $500 million globally since her debut appearance in the 1999 film I Can Do Bad All By Myself. This show will happen one month after the anticipated release of the last Madea film, A Madea Family Funeral. — GG

John Corabi (Acoustic) at Trees
He was Vince Neil’s replacement in Mötley Crüe for four years back in the ‘90s, which was obviously not a good decade for hair metal. — GG

Strand of Oaks at Three Links
Tim Showalter released his comeback album last month, his sixth overall, following No. 4’s big breakthrough and its discouraging follow-up. This time, he was backed by My Morning Jacket (sans Jim James) and got fellow assists from Jason Isbell and Emma Ruth Rundle. Brent Cowles opens. — CG

Address Me: Everything Needed to Send a Piece of You at The Wild Detectives
A workshop that provides stationary, post cards, old typewriters and everything else you’ll need to form a crafty piece of snail mail to send to a special someone. — CG

Twin Peaks: Fire Walk With Me at Alamo Drafthouse (Richardson)
The big deal here is that the David Lynch flick will feature a live Q&A and signing with stars Dana Ashbrook, James Marshall, Eric Da Re and the typically reclusive Sheryl Lee. — CG

Perfume at The Bomb Factory
The trio of J-Pop idols embarks on its fourth tour of the globe. Because K-Pop isn’t the only game in town you’ve been sleeping on. — CG

New Candys at Three Links
The Italian psych outfit hits Texas, where it’ll be joined by a triple helping of fuzzy Lone Star natives in Pearl Earl, Sub-Sahara and The Boleys. — CG

Big Bad Voodoo Daddy at Kessler Theater
From Super Bowl half time performers in 1998 to Kessler headliners 20 years later. Just think, you only have to wait until 2040 to catch Maroon 5 in a 400 cap room! — CG

Soluna: BlacKKKlansman w/ Terence Blanchard at Alamo Drafthouse (Cedars)
This special screening of the Oscar-winning Spike Lee joint is accompanied by a talk from its Oscar-nominated composer and longtime Lee collaborator Terrence Blanchard, whose credits also include Malcom X, 25th Hour and Inside Man. — CG