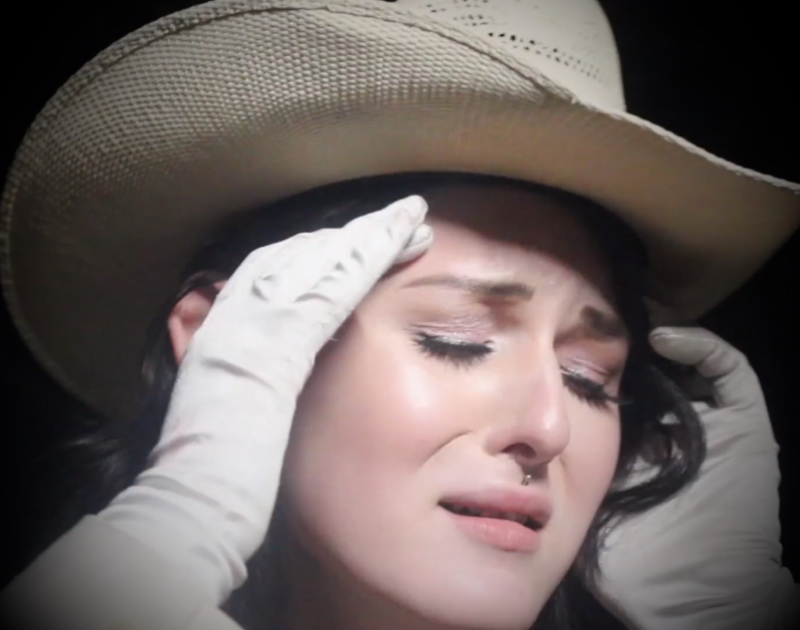 Check Out The Stunning Visual Treatment For The Experimental Denton Musician’s New Single, The First From An Expansive New Album.

Lorelei K — “I Watched U.”
RIYL: When that guardian angel has your back.
What else you should know: Recent SOTD featuree Lorelei K is back with an exclusive video premiere, the first tease of a new record, Lightbender, that is currently in the works.

The stunning clip finds the Denton based experimental performer and 2019 CTMH nominee at a pivotal point, accelerating the boundaries of her art beyond anything she’s previously attempted, breaking away from her debut album’s pop aesthetic to explore more experimental territory. It’s something that Lorelei K readily admits.

“This is the beginning of a new era for me and I’m really excited to expand further on my ideas,” she says. “This body of work I’m preparing to release is really important to me and has challenged me so much as an artist.”

Helping hasten her ascent are a who’s who of collaborators, including violinist Leoncarlo, vocal assistance from Sarah Ruth Alexander and Ava W Boehme, and visual direction from Harley Deville, without whom, Lorelei K says, this project wouldn’t be what it is.

Also perhaps of some additional interest to CT readers is the inclusion of past SOTD featuree Lagniappe as one of the many talented dancers that show up in the piece, alongside Starfruit’s Ava W Boehme and producer Michael Briggs, among several others noted at the end of the clip.

Together, these forces worked in concert to produce a song and video treatment that work perfectly in tandem to convey a protagonist “caught up in a tangle with purity and identity.”

Lorelei K expounds on that premise, adding that its composition came at a particularly vulnerable time for her earlier this year, and required a deeper layer of honesty than she’s previously ever tapped into.

“I’ve battled with my loss of some bodily sense of purity at a really early age due to my desire to transition,” she says. “I wrote this song last January when I was recovering from my first transition-related cosmetic surgeries. I kind of created an angel type character in my bedroom who helped me cope with that weird sense of loss I was experiencing.”

Starting today, and running through March 8, Lorelei K is opening for The Sound of Animals Fighting on their national tour, which makes a Dallas stop at The Bomb Factory on Friday, March 1.