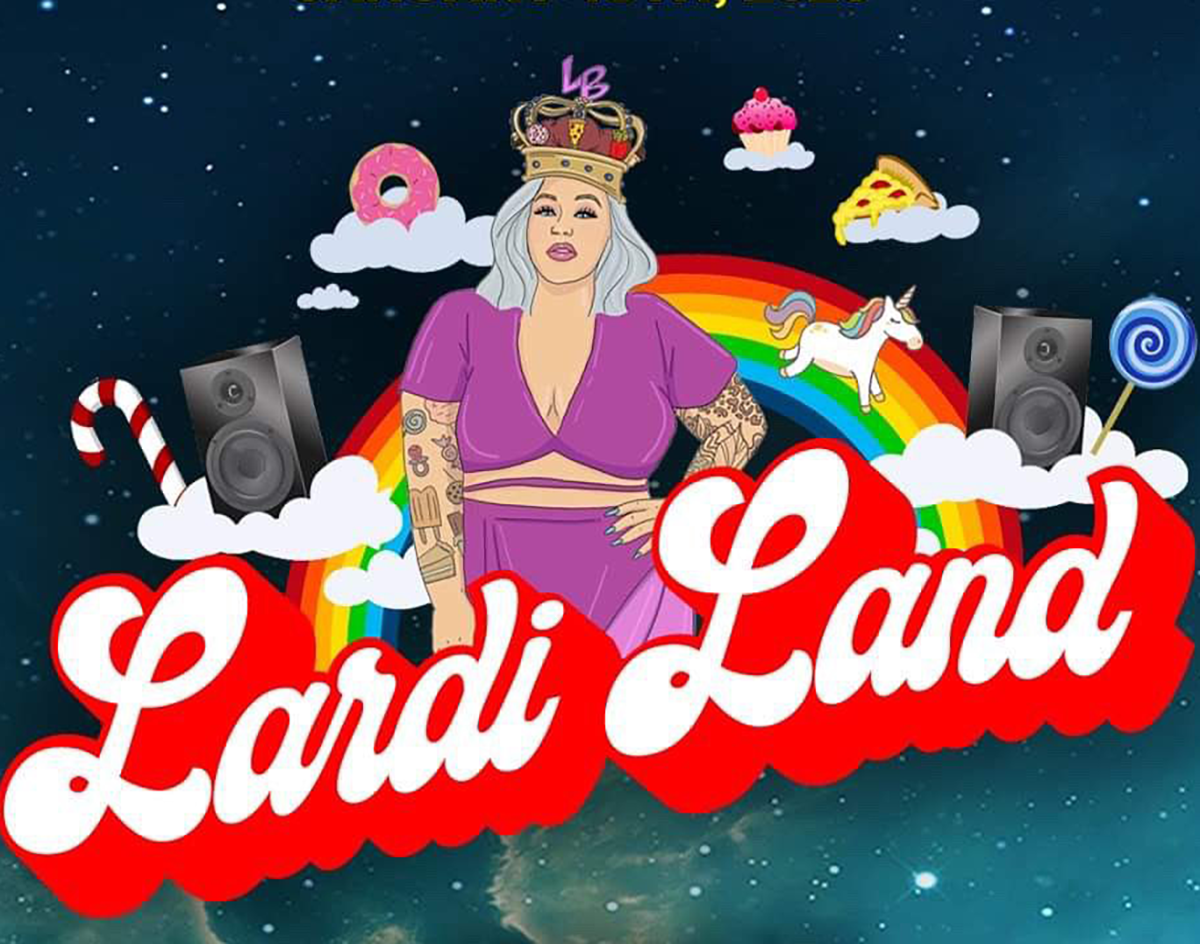 Get Lost In Lardi Land, Live A Life Less Ordinary With Motion City Soundtrack And Show Solidarity At The Dallas Women’s March. Plus More!

On Monday, January 13, Gomez appeared on “The Tonight Show With Jimmy Fallon” to promote her new album, Rare.

During her chat with Fallon, she discussed collaborating with Eilish’s brother — who records under the name FINNEAS — on her hit single (and second best Dallas-area song of 2019) “Lose You to Love Me.” Fallon told Gomez “You have something in common with Billie: you’re an inspiration for the song Bad Guy.” More specifically, the theme song for the Disney Channel original TV show Wizards of Waverly Place, which Gomez starred in, influenced the sonic atmosphere of the track.

To prove this point, Fallon then played excerpts of the two compositions side-by-side, and the similarities are admittedly striking. From the bass-heavy hip-hop beat to the whimsical synth riff, the 2000s sitcom score had several musical elements in common with the ‘10s pop hit. Or, to put it simply: bops beget bops.

“Isn’t that bizarre?” Fallon asked after pointing out the similarities.

Although it might seem unlikely on the outset, Gomez’s influence on “Bad Guy” is just yet another example of Dallas’s impact on pop culture at large.

For even further proof of Dallas as a cultural playground, here’s a list of cool events worth checking out in town this weekend. — Daniel Valdez

Blot Out at Three Links
This Fort Worth hardcore crew is so devoted to the DFW punk scene that it even wrote a track celebrating it — the bracing self-described ‘Dallas Punx’ “Stompin’ out the racists in the street” is the cornerstone of any worthwhile counterculture. and good for them. — DV

Matoma & Two Friends at Canton Hall
The weather this week has looked like the setting of a dour English murder-mystery novel, so the exuberant EDM of Matoma and DJ duo Two Friends should act as a brief dose of summer. — DV

Unknown Hinson at Gas Monkey Bar N’ Grill
Depending on how plugged in you are to modern country, you’ll either recognize Unknown Hinson from sardonic rockabilly records like Rock ‘N’ Roll Is Straight From Hell or as that old guy from Squidbillies. — DV

The Roaring ’20s at Dallas Museum of Art
The DMA is celebrating the 1920s, minus the encroaching fascism or looming economic despair, with a variety of themed events to delight your inner flapper. On the evening’s docket include live performances of swing music and screenings of silent comedy classics. — DV

Biz Markie at Sandaga 813
When it comes to goofy old-school hip hop, this MC’s classic single said it best: “Nobody Beats The Biz.” — DV

Harper and Lee at Rubber Gloves
Rubber Gloves is getting all folked up with the husband-and-wife duo Harper and Lee. Denton’s Edgar Derby and Somogyi will also be lending their own experimental takes on folk traditions. — DV

Midgets, Metal, and Mayhem at Trees
This one is pretty self-explanatory, but something should be said for the metal community’s appreciation for alliteration. — Alec Spicer

Chocolate and Art Show at Lofty Spaces
Wonka meets Warhol at this showcase of Texan artists and chocolatiers. The event will also showcase live body-painting (hopefully not with the free chocolate) – DV

Motion City Soundtrack at House of Blues
When Jimmy Eat World opened the floodgates of mainstream emo in the early 2000s, it gave rise to bands like Motion City Soundtrack. The band’s commercial breakout album, the Mark Hoppus-produced Commit This to Memory, set lofty expectations MCS wasn’t able to fulfill two years later with the release of the Ric Ocasek-produced and power-pop influenced Even If It Kills Me. In 2010, the band would later go back to treading familiar ground with 2010’s My Dinosaur Life, an album that coincidentally turns 10 years old just one day after this show. — GG

Dirty Honey at The Blue Light
If you’re one of those people who hates Greta Van Fleet for sounding exactly like an influential classic rock band, then maybe this isn’t your thing. — GG

Run River North at Ruins
This Korean-American band got its start in Los Angeles just eight years ago. Interestingly, a surprise appearance on Jimmy Kimmel Live marked a period in which offers from major labels plummeted, just as the opposite was understandably anticipated. Still, Run River North has been keeping at it, and after a recent lineup change that turned the quartet into a trio, a tour promoting the band’s 2019 album Monsters Calling Home, Vol. 1 will make its way through Ruins. Let’s hope this upcoming decade provides even more opportunity for the three-piece. — GG

Spafford at Trees
Like many other jam bands, Arizona’s Spafford makes recordings of their shows available for free online. To get prepped for this funk-rock set, check out their Club Dada show from 2018. — DV

Eleven Hundred Springs at Granada Theater
An Americana band notably praised for its authentically Texan style will be celebrating the release of its new album, Here ‘Tis. So here it quite literally is. — Mason Geear

The Flametrick Subs at Three Links
From the murky depths of Austin surface this sci-fi psychobilly act. — DV

Snakeskin Cowboys at Gas Monkey Bar N’ Grill
Ted Nugent’s southern-rock stylings are easier to stomach from a tribute band like Snakeskin Cowboys, as opposed to hearing the right-wing asshole himself. — DV

Smooth Winter Groove III at The Theatre at Grand Prairie
Not to be outdone by B2K’s throwback package tour, this showcase highlights R&B acts like Joe and Jagged Edge who hit their commercial peak circa Y2K. — DV

Kathleen Madigan at Majestic Theatre
With over 30 years of stand-up experience under her belt, Kathleen Madigan is an old-school comedian that has no interest in being a TV or movie star. You can get a glimpse of her conversational, yet outrageous style in the comedy special Bothering Jesus streaming on Netflix.  — MG

Josh Rouse at The Kessler
Just two months ago, the veteran alt-country troubadour dropped his first ever Christmas album, but now that the holidays are mercifully over, Rouse is back to his typical folkie storytelling. — DV

Lardi Land Festival at South Side Music Hall
Dallas’s own Jenn Whitlock has spun her “Lardi B” comedy-rap persona into millions of Youtube views, and now her own festival. Joining her on the bill is Dallas rapper Tay Money and queer hip-hop duo Fagedelics. — DV

Kinsley August at Double Wide
On his new single “Life Can Be,” the Dallas psychedelic crooner refracts the polished synth-pop of acts like Roxy Music and early Talk Talk through a modern indie lens. Which is to say, it would fit right in for a playlist alongside Tame Impala and Cuco. — DV

The Straits at Rubber Gloves
This Fort Worth indie-dance project headlines a night of charming DIY from DFW. Maya, Big Heaven and Phlowerie open. — DV

Iann Dior at Trees
This Texas native is the latest in a string of up-and-coming SoundCloud rappers to generate a rapid social following. The bouncy and electric energy of his music is bound to transcend well to the stage on his first national tour. — MG

Jacquees at HOB
The self-appointed “King of R&B” is making his first royal visit to Dallas since being inexplicably booked to play last year’s State Fair. — DV

White Denim at Main at South Side
Whether you want to call them indie, prog-rock, or even soul, White Denim still hasn’t faded in adventurousness or popularity. — DV

Pollution: 80s Throwback at Three Links
Whether you’re a Material Girl or just want to show your True Colors, this ’80- themed, afternoon drag show should be most radical. — DV

Back to the Future at Majestic Theatre
If you pull up to this 35th anniversary screening in a snazzy DeLorean like Doc Brown, you’ll get free parking in front of the Majestic. As well as some serious cool points. — DV

Dallas Women’s March at St. Paul United Methodist Church
This year’s Women’s March coincides with an apt anniversary: 100 years since women gained the right to vote with the 19th Amendment. As usual with huge gatherings like these, the DART and ridesharing will be your best bet to get there. — DV

DJ Menace benefit at Three Links
This proceeds from stacked show of artists such as Rakim Al-Jabbaar, Fat Pimp and Flower Child will go toward DJ Menace’s fight with cancer. We got him. So should you! — AS