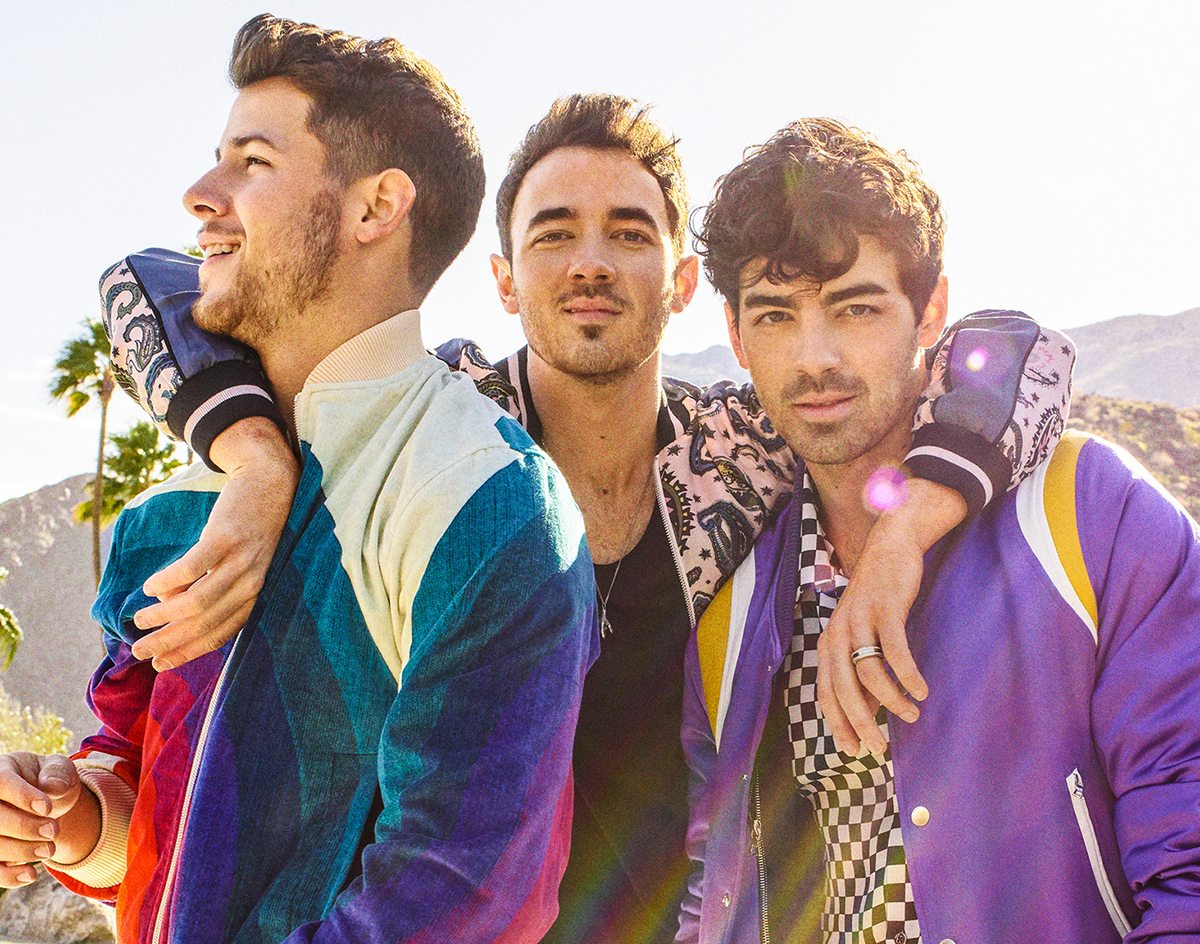 Try To Keep From Burnin’ Up For The Jonas Brothers, Break The Rules With Charli XCX And Be Better With Michelle Obama. Plus More!

It’s a tough time to be someone trying to quit smoking cigarettes with the help of e-cigarettes.

On Friday, Walmart, the assumedly largest seller of most things, announced it no longer plans to sell e-cigarettes after it runs through its current inventory.

“Given the growing federal, state and local regulatory complexity and uncertainty regarding e-cigarettes, we plan to discontinue the sale of electronic nicotine delivery products at all Walmart and Sam’s Club US locations,” according to a press release from the company.

Last we checked, smoking actual cigarettes remains the leading cause of preventable death in the U.S. but you can still find those in the locked glass boxes of Walmart.

The news comes as both national and state-wide lawmakers are putting pressure on the banning of the electronic devices as some recent reports have alleged illnesses possibly caused by e-cigarette usage. Meanwhile, you can still easily buy guns used in war with ridiculous ease in this country. But you already knew that.

What you might not know is that this week boasts one of the most stacked list of things to do in DFW in quite some time. We’re finally out of that summer slump! Y’know, minus the weather still being hot as hell. — Alec Spicer

Phil Collins at American Airlines Center
The legendary Genesis drummer/vocalist will pay us a visit as part of his “Still Not Dead Yet, Live!” tour. But why “Still?” That implies we’ve been expecting him to die, or that we’d be delighted at the prospect of it, neither of which is the case. Is there something he’s not telling us? — Garrett Gravley

All That Remains + Lacuna Coil at Gas Monkey Live!
Two metal acts that have been at it for the better part of 20 years are going on a co-headlining tour to bring us back to the days when Jamey Jasta hosted Headbanger’s Ball. –GG

Super Doppler at Ruins
This band sounds like if you teleported a bunch of 70s dad-rockers into 2019. That is entirely a compliment. — DV

Babymetal at South Side Ballroom
Last year, we had the pleasure of reviewing this Japanese band when they came through House of Blues. If you missed them that time, here’s your chance to remedy that FOMO. — GG

Yungblud at House of Blues
This dude is dating Halsey, and he recently did a collaboration with her and Travis Barker. Missio opens. — GG

Dodie at Granada Theater
This British indie-folk artist got her start performing covers on her Youtube channel, now she’s sold out the Granada. — DV

Don Broco at Club Dada
Contrary to popular belief, the Brits can get just as angsty as we yanks can. U.K. pop-punk act Don Broco headlines, along with fellow Brits Trash Boat, Chicago’s Sleep On It and Canada’s Selfish Things. — DV

Landon Cube at Ruins
The go-to hook singer for Soundcloud rap mainstay Lil Skies is striking out on his own now. — DV

Quando Rondo at House of Blues
This Georgia rapper’s namesake, NBA point-guard Rajon Rando, spent five months on the Mavericks, where he butt heads with everybody and quickly dipped. Hopefully Quando Rondo has a better time here. — DV

Mariana’s Trench at Canton Hall
These Canuck hard-rockers are huge up north. Not nearly as huge here, but still well-known enough to play Canton. — DV

Eluveitie at Gas Monkey Bar N’ Grill
Writing lyrics in English is pretty passe. This Swiss folk-metal band is on that new new — its lyrics are written in a re-constructed form of the extinct Gaulish language. That’s pretty metal. — DV

Jonas Brothers at American Airlines Center
My Chemical Romance’s Frank Iero slammed the Jonas Brothers after Joe Jonas revealed the emo band was rehearsing in the same studio as the Jo Bros, despite them being broken up. Iero responded to the rumor with “People aren’t gonna forget that you’re a Disney band, bro.” This all happened in 2019, not 2008. — Stephanie Salas-Vega

Charli XCX at House of Blues
Charli XCX rose to acclaim in 2013 following her features in Icona Pop’s “I Love It” and Iggy Azalea’s “Fancy,” and has since released hits such as “Boom Clap,” and “Break the Rules.” Following a career-defining tour with Taylor Swift, the English pop singer is hot on the heels of her upcoming full-length album Charli. It bangs, if you were wondering. — GG

PNB Rock at Gas Monkey Live!
The Philly auto-crooner was recently on the Ed Sheeran single “Cross Me” with Chance the Rapper. No word on if those two will show up at Gas Monkey, but stranger things have happened. — DV

The Regrettes at Club Dada
Young L.A. feminist punx take Club Dada. Fellow Cali band Greer opens. The Ticketfly page describes Greer as a rapper from Virginia arrested for murder, which is either a flub on the site’s part or the wildest press bio in a while. — DV

NGHTMARE and Slander at The Pavilion Toyota Music Factory
Ah, a big-package lineup of amped-up EDM. Glitch Mob, Seven Lions and Huxley Anne are also on the bill. The audio equivalent of mainlining Four Loko. — DV

-topic at Three Links
The Dallas MC hasn’t had many hometown shows in a while, but fortunately he’s back to blow the roof off Three Links. — DV

A Fair Fight: A Debate On The Merits Of The State Fair Of Texas at Double-Wide
Listen, the State Fair of Texas sucks, and I say that as a native Texan. I know it, you know it (but are probably too proud to be a Texan to admit it) and now we get to watch two people debate it. One of which is our co-founder, and try as you might to discredit his opinion with the lazy argument of “he’s not even from here,” nevertheless, he persists. — AS

Game of Thrones Concert Experience at The Pavilion at Toyota Music Factory
In true Game of Thrones fashion, an unsuspecting Starbucks cup will be placed atop a table onstage at this affair. — GG

Demon Hunter at Trees
Speaking as someone that went to a Christian high school, Demon Hunter tapped into a thriving market of kids who wanted to listen to Hatebreed, but couldn’t due to their parents finding the music sacrilegious. — GG

Zara Larsson at House of Blues
This Swedish pop artist toured with Ed Sheeran on his “÷” tour and has found success following hits such as “Lush Life,” “Never Forget You” and, most recently, her cover of Celine Dion’s “My Heart Will Go On.” She also got tangled up in that James Charles drama that shook the YouTube community a couple months back. — GG

Ruston Kelly at Granada Theater
Ruston Kelly is an Americana singer-songwriter who also happens to be married to country queen Kacey Musgraves. His music is notable even without that connection, but it’s still a very cool fact. — DV

Claudio Simonetti’s Goblin at Gas Monkey Live!
Most horror film scores are pretty generic, but this Italian group made surreal prog-rock for Dario Argento’s bloodfests. Years later its music would be sampled by artists like A$AP Rocky and Neon Indian. This concert is a performance of the score for the gory flick Deep Red. — DV