Song Of The Day: Hextape — “Hell Made” 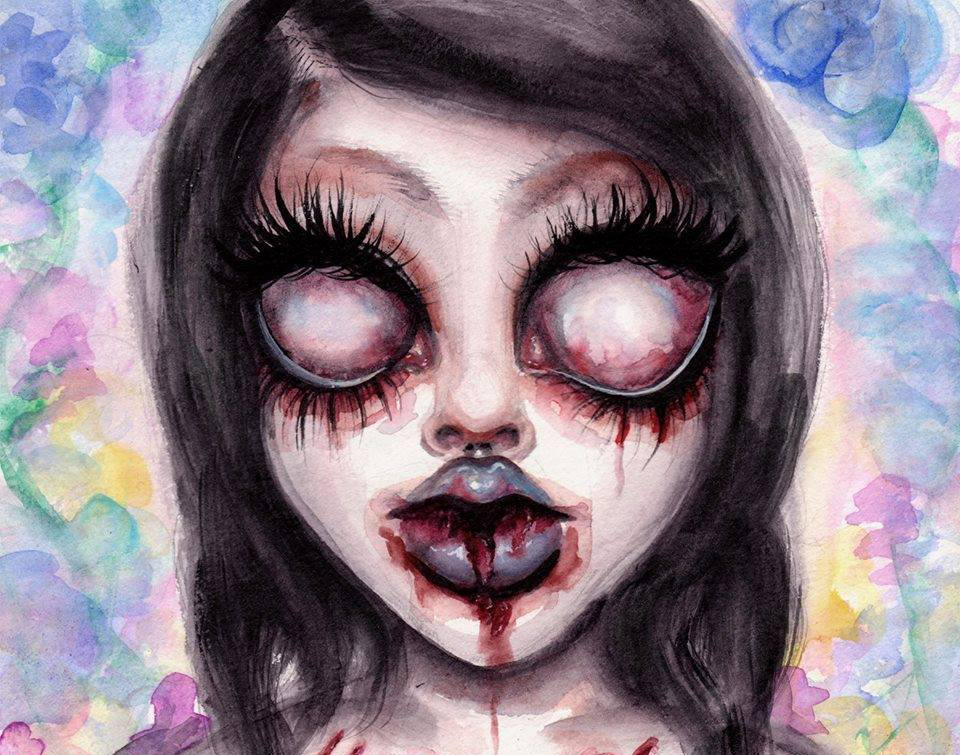 The Denton-Based Emo Rapper Doesn’t Shy Away From Getting Dark On Her Ominous Single Slightly Reminiscent Of A Thematic Classic.

Hextape — “Hell Made”
RIYL: Demonology. Pornography. Satanism. Voodoo. Witchcraft. [SFW]
What Else You Should Know: In 1956, Screamin’ Jaw Hawkins released a song titled “I Put a Spell On You,” and to this day, it stands as one of rock and roll’s most significant compositions (I promise I’m going somewhere with this – bear with me). It was intended to be a mere love ballad, but Hawkins was drunk when he recorded the song, so he screamed the lyrics (he had that stage name for a reason). The song was in the key of F minor, a key which composer Christian Friedrich Daniel Schubart once described as, “Deep depression, funereal lament, groans of misery and longing for the grave.”

All of this to say, the song was cacophonous and sinister for its time, and most radio stations saw to it that it would never get airplay. Thanks to the good ol’ Streisand effect, however, the song was wildly successful, and Hawkins became a pioneer in shock value when he integrated this song with a stage gimmick in which he rose from a coffin while donning a cape.

Anyway, on “Hell Made,” Denton rapper Stephanie Jones, aka Hextape, spits the lyrics, “I put a spell on you so you can never let go,” and recalls the aesthetic of “I Put a Spell On You.” This resemblance was likely unintentional, but Hawkins sang, “I put a spell on you because you’re mine,” which makes these passages remarkably similar. While the songs contrast starkly from one another, they both possess that same grit.

“Hell Made,” in particular, contains ominous lyrics such as, “If you don’t burn together, I will burn alone,” “Got a feeling I will die alone” and “I decay by the day.” Jones spits these bars with a deadpan, monotone delivery that recalls the flow and inflections of Earl Sweatshirt. Conducive to these qualities are the instrumentals, which are bathed in reverb and are more compressed than carbon in a diamond.

Listen below and see for yourself why she has earned a name like “Hextape”: