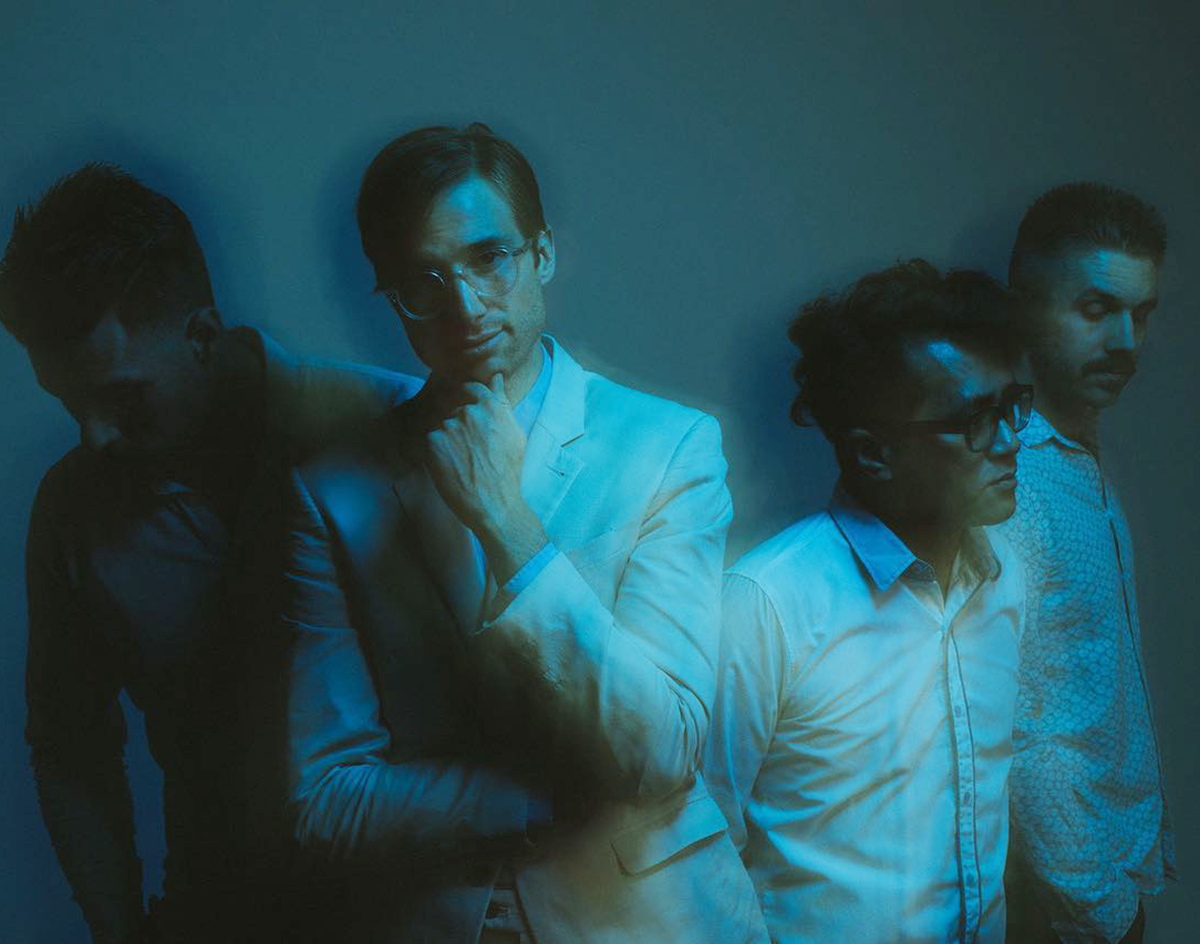 Have A Little Sweet Talk With Saint Motel, Get Surreal With Tim And Eric And Make Up Your Mind For The 40 Acre Mule. Plus More!

The Jonas Brothers hope to make a “Sucker” out of Las Vegas — 18 times in a row.

On Friday, January 24, the DFW-bred boy band (or “man band” now, we guess) announced it will be playing its first residency in Las Vegas, performing daily at Park Theater at Park MGM April 1 – 18.

Concert residencies are nothing new — Liberace was delighting old ladies daily with his non-threatening flamboyance all the way back in the 1940s. However, the pop stars hitting the Vegas circuit now are less focused on the AARP demographic and more on the 18-34 age range.

Among the younger acts who have turned to Vegas in recent years are Lady Gaga, Calvin Harris, Cardi B, and even Drake. Getting paid $10 million to rap for wasted tourists was just according to “God’s Plan.”

The question here isn’t whether the JoBros will put on a Vegas-worthy show, as we had a blast the last time they were “Burnin’ Up” the American Airlines Center. What’s really worth pondering is what Dallas artist will be next to hit Sin City.

Are we due for a month of Selena Gomez at Caesars Palace? How about Demi Lovato?

While we’re at the dawn of a 2000s nostalgia boom, why not just go all in and present a full “Camp Rock” reunion?

AJJ at Trees
AJJ, formerly known as “Andrew Jackson Jihad,” was all the rage back when folk-punk had a moment in the late ’00s/early ’10s,  but the band’s fanbase has remained fiercely loyal amid shifting tastes in emo. — DV

Raphael Saadiq at House of Blues
One of the sonic architects of the neo-soul movement is touring behind his first record in eight years, Jimmy Lee. Show up early to see R&B poet Jamila Woods, whose album LEGACY! LEGACY! was one of the finest releases of 2019. — DV

Guac: My Son, My Hero at House of Blues
For another unconventional theatre experience, Manuel Oliver is blending drama, stand-up and visual art for this heartfelt tribute to his son, who was killed in the Parkland school shooting. — DV

Sun Not Yellow at J&J’s
The dream of the ’90s is alive in this Pavement-indebted indie-rock band. — DV

Kill Vargas at Killer’s Tacos
Such a violent name for a fairly easy-going emo band. — DV

Patrick Watson at Club Dada
Patrick Watson is a Montreal-based singer-songwriter whose experimental brand of indie-rock has received accolades from critics that don’t write for Pitchfork. He has also toured with Feist, John Cale and this artist named James Brown. — Garrett Gravley

American Authors at Granada Theater
Most famous for the insipid yet omnipresent folk-pop jingle “Best Day Of My Life,” second-most famous for appearing as a Human Centipede on the Eric Andre Show. — DV

Sundown at Granada 8th Anniversary Party
The Granada Theater’s main supplier of grub is celebrating its eighth anniversary with this free party. Later in the evening, local Americana act Brave Little Howl will be performing its’ “earnest songs for everyday people.” — DV

Bold and Brash at Rubber Gloves
More like belongs in the trash! If you know, you know. —  Alec Spicer

The Almost Cambridge Room at House of Blues
There was a time when Christian music achieved a popular intersectionality with post-hardcore music, and the result was a conveyor belt’s worth of Christian emo acts such as Emery, Norma Jean and Haste the Day. Underoath was unarguably the biggest band to come from that scene, and the band’s guitarist Aaron Gillespie has apparently found time to get his old side project The Almost back together. — GG

Eric Johnson at House of Blues
Eric Johnson is one of those guitar virtuosos like Steve Vai and Joe Satriani whose name is uttered in reverent, hushed tones by the Guitar Center crowd. — DV

Danny Worsnop at The Blue Light
If you went through an emo/scene phase you most likely know who Danny Worsnop is. The lead singer of metalcore band Asking Alexandria is riding solo for this appearance. —Natalie Bermudez

Bitter Bones & Desmo. at Andy’s Bar
Two ex-pats of the pop-punk and metal worlds hear a Post Malone song on the radio and think “Hey, we could do that!” Angst and trap beats ensue. — DV

Tim Easton at Dan’s Silverleaf
This globetrotter gained his song writing skills by traveling all over the world, gaining and learning from experiences that he would eventually pen down in his music. — Mason Geear

For Your Health at J&J’s
The off-kiltered emo sound of Columbus-based For Your Health sounds like serious nightmare fuel that only the hardest of hardcore fans fantasize about. — MG

Art Cultivation at Artstillery
Artstillery’s first variety show of 2020 is set to be their most eclectic yet, featuring the Ballet Folklorico dance group, Central Track Music Honors nominee for Best Pianist Poppy Xander and a special “mystery act.” — DV

The Empty Inside Improv Hour at Dallas Comedy House
Improv with puppets! If the Muppet Show was written by Funny or Die, it might go something like this — DV

Saint Motel at House of Blues
Coming off the heels of its latest album release and a performance on Jimmy Kimmel, this dream-pop band is showing no signs of slowing down. Fun Fact: Saint Motel is the first band to ever release a full visual album experience in Virtual Reality. As far as we know, the band will actually be performing in real life at the House of Blues, not as a figment of imagination in a headset. — MG

Bedouine at Three Links
In a world filled with noise pollution, Bedouine’s hushed chamber-folk is a balm to our tinnitus-corrupted ears. — DV

The 40 Acre Mule at Dan’s Silverleaf
One of the hardest-working folk acts in town is bringing its blend of Americana and rhythm and blues to Denton. — DV

Curtis Grimes at The Rustic
Contestants on The Voice tend to vanish into obscurity soon after the show, but Curtis Grimes avoided the curse of NBC and has maintained a steady presence in the Texas country scene. — DV

Matt Woods at Rubber Gloves
This Tennessee troubadour has earned plenty of comparisons to Jason Isbell, so fans of his Americana storytelling should be in good hands here. — DV

Oginalli at J&J’s
Orinalli is a Nashville band that classifies itself as “Crunchy-Psych-Post-Tampon-Old-Wave-Newsies-Late-Hits-Rock” on its Facebook artist page. Not exactly sure what that entails, but it sounds promising? — MG

Bill Wisener: Life Celebration at Lizard Lounge
The local music icon behind the record store Bill’s Records passed away earlier this month, but his legacy will be celebrated through a night of all-vinyl DJ sets. — DV

KNON Presents: The Wizard of Oz at Texas Theatre
Community radio station KNON is celebrating its recovery from last October’s tornadoes by screening the most famous film featuring a tornado. Even if KNON’s studio was damaged, the staff’s sense of humor is thankfully still intact. — DV