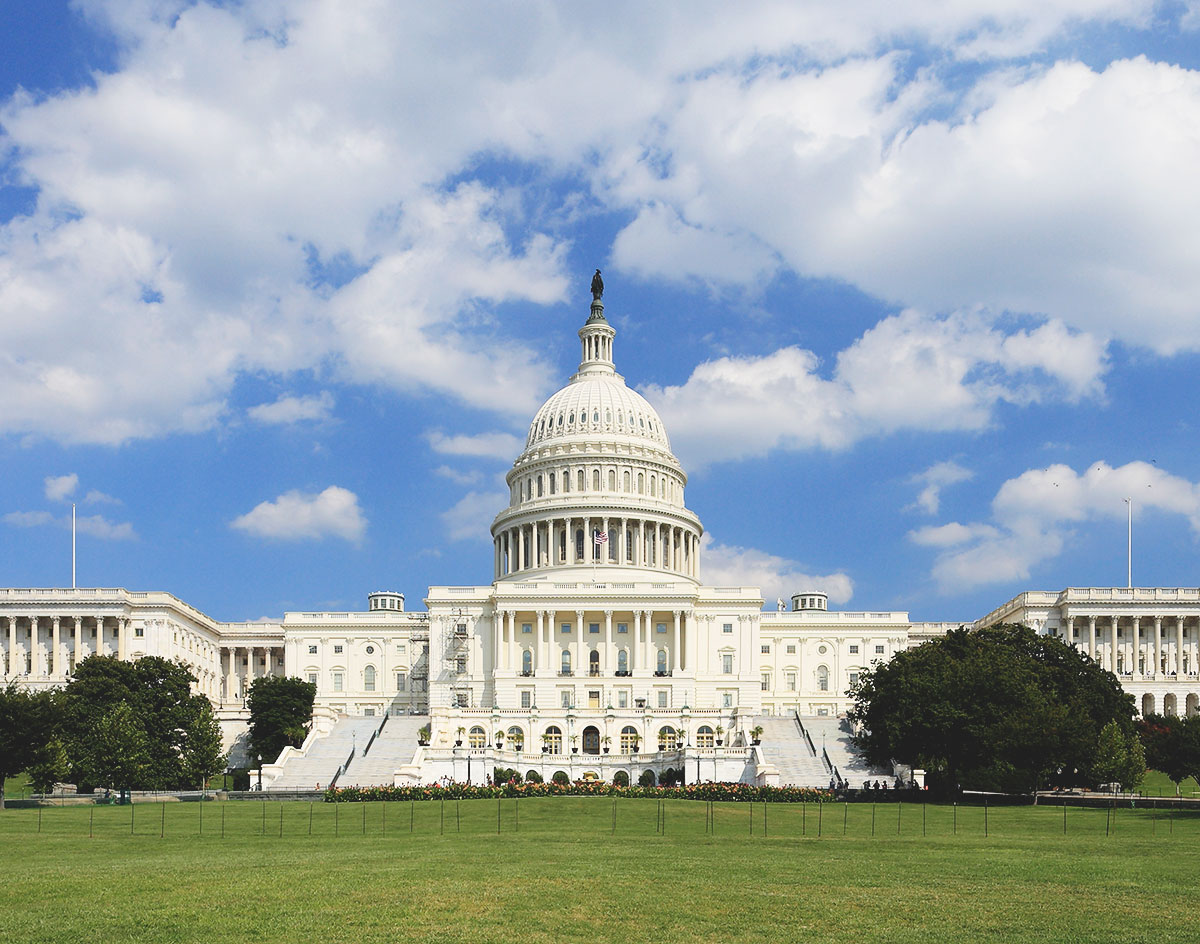 At Least A Handful Of Dallas-Area Trump Supporters Were Among The Insurrectionists Who Stormed The U.S. Capitol As Part Of An Attempted Coup.

Putting things lightly: Crazy shit went down at the U.S. Capitol building in Washington, D.C. on Wednesday, January 6, after a speech President Donald Trump gave at the White House effectively incited hundreds of his supporters to attempt a coup on our government as part of a violent riot.

At this point, four people have been confirmed dead, two pipe bombs were found on the premises and, for all that trouble, Congress still certified the electoral college results that name Joe Biden our nation’s President-elect.

It was a wild scene. While some clashes between rioters and police involved mace and teargas, other footage showed officers seemingly opening gates in order to let the crowds onto the grounds, taking selfies with some of the trespassers and helping others gingerly walk down the steps of the Capitol on their way home.

Without a doubt, these scenes sharply contrasted with the events of summer 2020 — both in Washington, D.C. and here in Dallas — where large deployments of officers utilized great force to subdue hundreds of protesters who were demanding police reforms.

This dark moment in U.S. democracy came after Trump explicitly called for his supporters to come to D.C. on January 6, and after months of politicians like Texas’ junior U.S. Senator Ted Cruz sowing seeds of doubt in the results of the election. Already, lawmakers have called for investigations into the Capitol Police Department’s handling of the events, which represent the first breach of the Capitol by an angry mob since an assault by British troops in 1814. Ironically, a Trump-signed executive order relating to “injury of federal property” could see his own supporters sent to prison for up to 10 years each.

Of course, you could have seen this for yourself right here in Dallas on December 5 at a “We Are The Storm” rally sponsored by the Texas GOP, where one speaker promised that those in attendance were willing to “take this by force if necessary” in regards to the presidency. Or even earlier in the year on November 14, when Texas GOP chairman participate in an event explicitly titled “Stop The Steal” that was described as “otherworldly” and rife with conspiracy theories.

So, no, it comes as no surprise to learn that radicalized Trump supporters from Dallas and the surrounding region participated in the domestic terrorism at the Capitol on Wednesday — and not just the actually-indicted-for-fraud Texas Attorney General Ken Paxton, who spoke at the rally that preceded the riot, or Cruz, who is now actively distancing himself of allegations that he too stoked the flames.

The wildest part is that these people publicly and proudly outed their participation in the riots through their social media channels.

This is Paul Davis. Paul is a lawyer. He’s also associate general counsel & director of human resources at Goosehead Insurance. Today he stormed the capitol building in an attempt to stage a coup against the US government and documented it (!) on Instagram. @followgoosehead pic.twitter.com/eTkoK92ujL

Dallas-based lawyer Paul Davis posted the above video in which he stands in front of riot cops at the Capitol, telling on himself: “We’re all trying to get into the Capitol to stop this. And this is what’s happening. They’re tear gassing us and it’s not acceptable.” 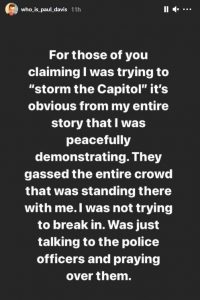 Regardless, Davis’ former employer didn’t seem to care for the distinction. Davis had previously worked as the associate general counsel and head of human resources at Goosehead Insurance, a firm based in Westlake that also has offices in Dallas. But immediately after learning that Davis participated in the events at the Capitol, the company publicly terminated his employment.

Meanwhile, Frisco realtor Jenna Ryan also posted several videos and photos of herself at the riot, including one in front of a broken window at the Capitol building.

Keeping in tune with many rioters’ anti-media activity on January 6 — including the scratching of the phrase “Murder The Media” into one of the building’s doors — Ryan captioned her post by saying, “And if the news doesn’t stop lying about us we’re going to come after their studios next.”

Window at The capital. And if the news doesn’t stop lying about us we’re going to come after their studios next… pic.twitter.com/rWbdbP60Hd

Ryan appears to have flown to D.C. on a chartered jet with a number of other locals. Meanwhile, NBCDFW reports that Trump supporters without the means to fly private caused a stir by clashing with other passengers on a Tuesday night American Airlines flight from Dallas to D.C.

From just outside of the immediate Dallas region, Waco man Chris Grider was among those inside the Capitol who firsthand witnessed the deadly shooting of Ashli Babbitt, a U.S. Air Force veteran from San Diego who was attempting to enter the Speaker’s chambers. Grider owns a vineyard and does not work in the Capitol, so it’s not entirely clear what his excuse is for being right beside Babbitt at the time of her death.

Again: Is any of this altogether surprising, given the known existence of copious hate groups throughout North Texas and officials’ warnings that they could pose a major election-related threat in the area? No.

The only surprising thing at this point is that only these handful of area participants have yet been confirmed.

We’ll see if the FBI’s investigations in the riots of January 6 bear more information on this front.