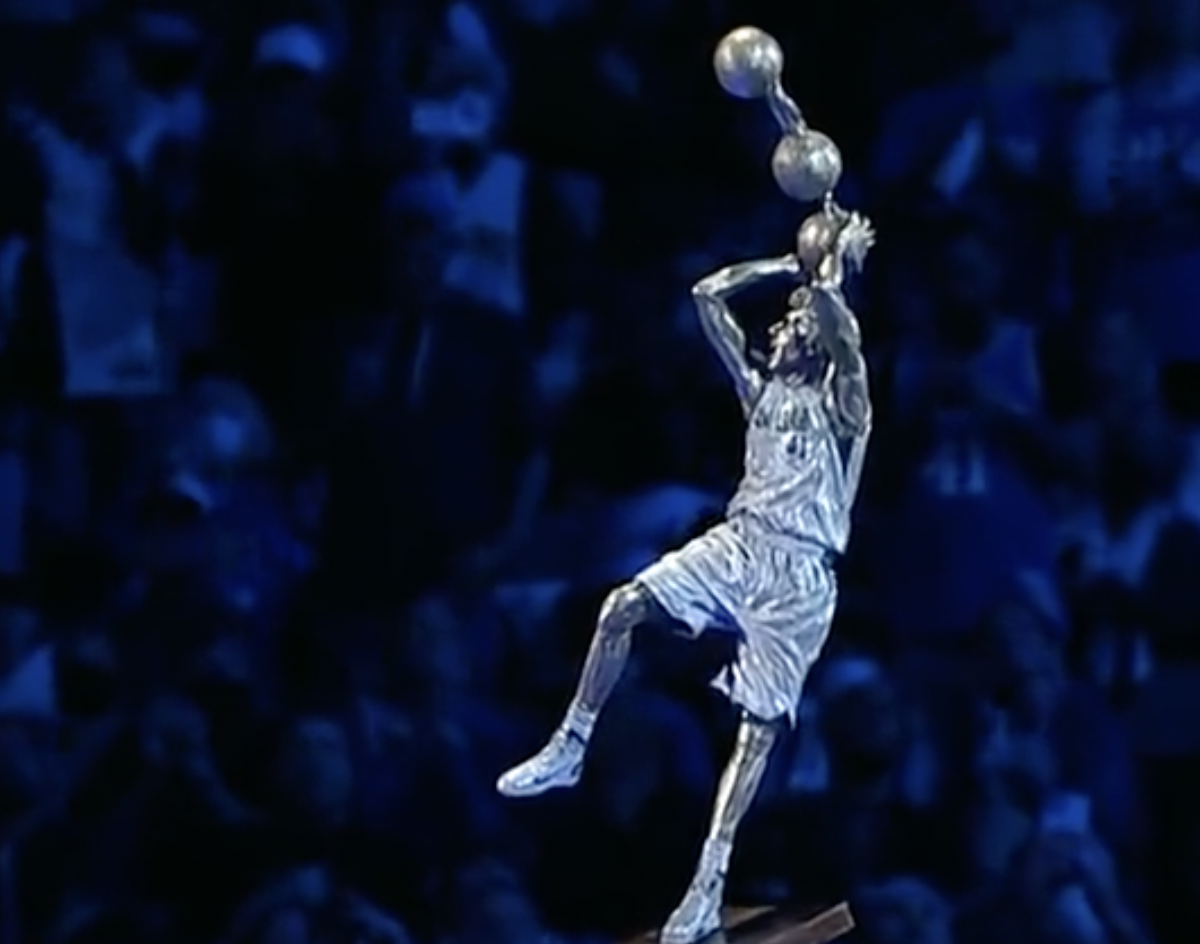 To Top Off Dirk Nowitzki’s Retirement, Mark Cuban Announced A Future Statue Of The All-Star Will Symbolize His Greatness, But It Pegs A Question.

At last night’s tearful, bittersweet ceremony, the Dallas Mavericks officially retired Dirk Nowitski’s No. 41 jersey and unveiled a small version of a statue in his honor that will soon be displayed outside the American Airlines Center.

The ceremony was held at the stadium after the Mavericks beat the Golden State Warriors 99-82 and it included speeches from Mavs owner Mark Cuban, former teammate and current Mavs head coach Jason Kidd and the Big German himself. This marked Nowitzki the fourth Mavs player in history to have his jersey retired — others alongside Brad Davis, Rolando Blackman and Derek Harper.

During the 21 NBA seasons with the Mavs, the 14-time All-Star averaged 20.7 point and 7.5 rebounds, was named MVP during the 2006-2007 campaigned and helped the team win its only NBA title during the 2010-2011 season. Fans didn’t fail to express their love for Nowitzki’s ceremony and, of course, Dallas won’t let us forget how grateful we are to have had him for the past two decades.

His legacy will be honored with his very own statue outside the arena, which Cuban announced will be coming soon. For now, a small version of the statue gave fans an idea of what it would look like.

Whoever made this statue needs to go back to the drawing board, but Twitter seems to be putting the blame on Cuban for this one. We can’t help but notice the proud smile on his face as he revealed such a unique statue to everyone in attendance. Do we think he knew? He must have, there’re no way it could have been overlooked. If it was then, it isn’t now. The tears down our faces quickly dried out and we couldn’t help but chuckle as some of these tweets.

How else do we show appreciation?

“Why does my gf have a dirk statue in her drawer”

Love to see it.

I guess they don’t represent Mavs fans anymore either? #removethebeads

And then here comes reddit with the petitions. Not all of us are complaining!!

Some of us do! Sadly!