White Noise: Yes, Posty Will Be In Another Super Bowl Ad. 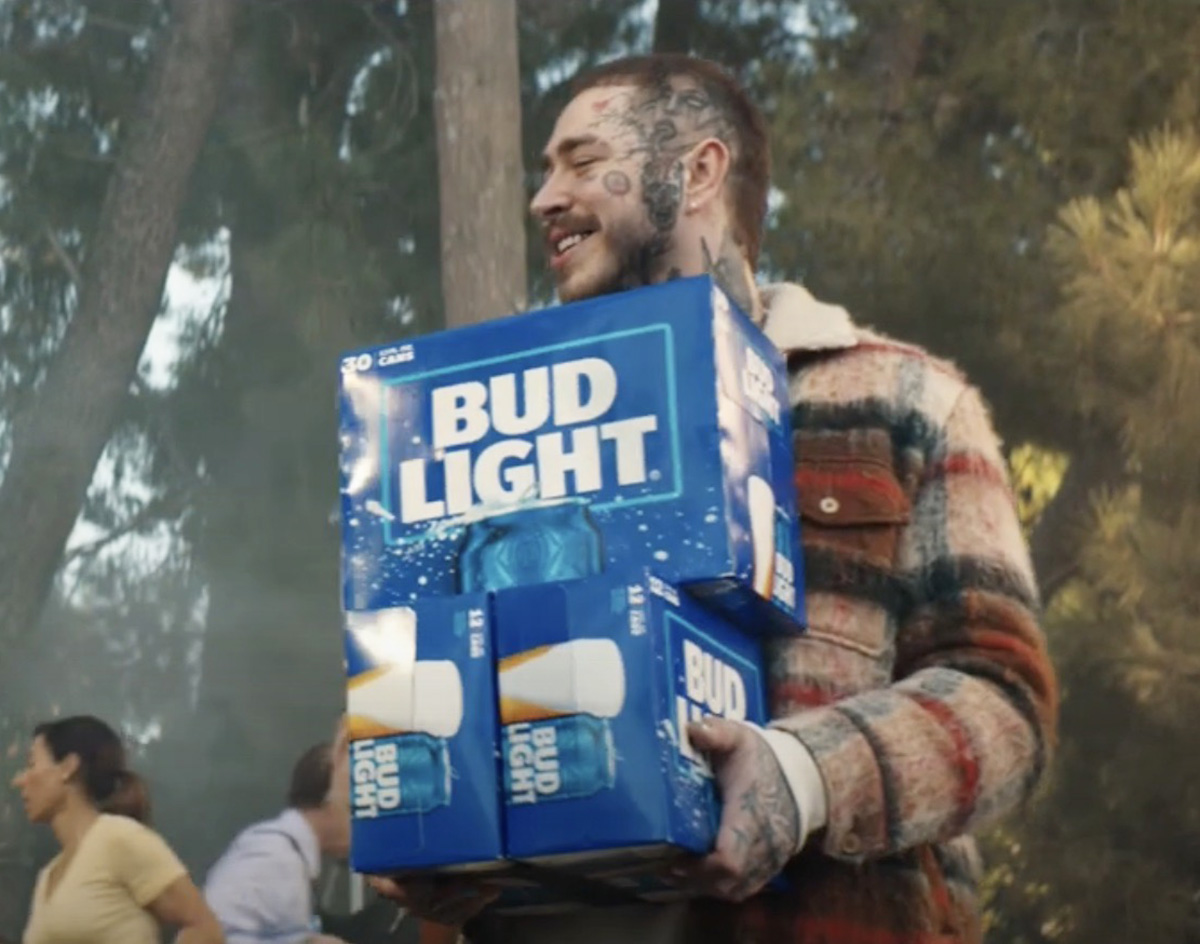 One of America’s most polarizing traditions isn’t allowing COVID-19 to be a premature endgame: Super Bowl LV will still take place on February 7 between defending champs the Kansas City Chiefs and Tampa Bay Buccaneers.

Did you really expect a state like Florida, where the game is being held this year, to take this very-much-ongoing pandemic seriously enough to stand in the NFL‘s way when it comes to The Big Game? Of course not.

No, even with brands like Coke, Hyundai, Budweiser and more forgoing $5.5-million-per-30-seconds ad spots this year, the game goes on. And despite the fact that its sister brand is out on any commercials, Bud Light is still getting in on the advertising action.

Once again this year, the beer company will run a spot featuring Post Malone, of course. The “Circles” rapper will be joined this time around by “Bud Light legends” such as Cedric the Entertainer, The Bud Knight and more within a one-minute ad spot where they all literally come out of the woodwork to save a beer delivery truck.

Posty won’t be alone as the sole Dallasite getting in on the big day, though. Dallas native Nick Jonas will make his Super Bowl ad debut for a humorous take on diabetes awareness. Jonas, who himself has Type 1 diabetes, will promote a health-tracking app called Dexcom G6 Continuous Glucose Monitoring Service.

“I try to be transparent because I feel like I’ve got a really special opportunity to be a recognizable face for both young people and older people who live with this disease and show that it is possible to live a normal life,” Jonas said to AdWeek about the commercial.

Joining the undoubtedly most-handsome Jonas Brother in marking their broadcasting debut this week — in one form anyway — are Zach Blair and Mike Wiebe of the art-rock outfit Drakulas, who debuted their new podcast, Zach and Mike Make 3. The new series will tackle the guys — and any guests they invite to the show — love, hate or want to make fun of. As the podcast’s description states: “Three of anything. It might be three movies. It might be three albums. It might be two albums and one movie. It might be one book, one food, and one activity.”

No episodes are available yet, but you can stream them via Apple Podcasts when they drop.

The new year really is a time for new adventures, isn’t it? Katie Scott, the woman behind the still-green record shop Red Zeppelin Records up in McKinney, is expanding her footprint in the North Texas music scene with a new record label that shares the name of her shop. Already, Red Zeppelin Records has signed two artists: Bayleigh Cheek, who was among our list of 2020’s best Dallas-made songs, and Juno Uno.

In music-film crossover news, DJ Spinderella of the legendary hip-hop group Salt-N-Pepa is unhappy, to say the least, about the group’s latest Lifetime biopic executive produced by Queen Latifah. In a series of tweets the day before the premiere of Salt-N-Pepa the movie, the longtime Dallas resident expressed her disappointment of being excluded from the creative process in the project.

Spin’s frustrations come after a publicized lawsuit between her and her former bandmates last year, which partially involved the Lifetime movie.

“Back when Salt n’ Pepa was building our legacy, which is rooted in empowering women, I could not have dreamed that this same group would one day disempower me,” she tweeted.

Back when Salt n’ Pepa was building our legacy, which is rooted in empowering women, I could not have dreamed that this same group would one day disempower me.

The good news is, it does seem that we’ll get to hear her side of the story eventually. Spin closed her thread by saying she’s in the final stages of wrapping up her memoir — and that she’s, “ready to share.” We can’t wait!

In music video releases this week, the goth-rock outfit Rosegarden Funeral Party is joined by Duell’s Mike Doty in switching it up a little bit for the second part of their Take Cover series with a cover of Danny Elfman’s “Gratitude.” Good luck getting this one out of your head:

And finally, in continuing with her new exploration into Spanish-language music, Selena Gomez is joined by Puerto Rican artist Rauw Alejandro for a sexy new cut titled “Baila Conmigo”: