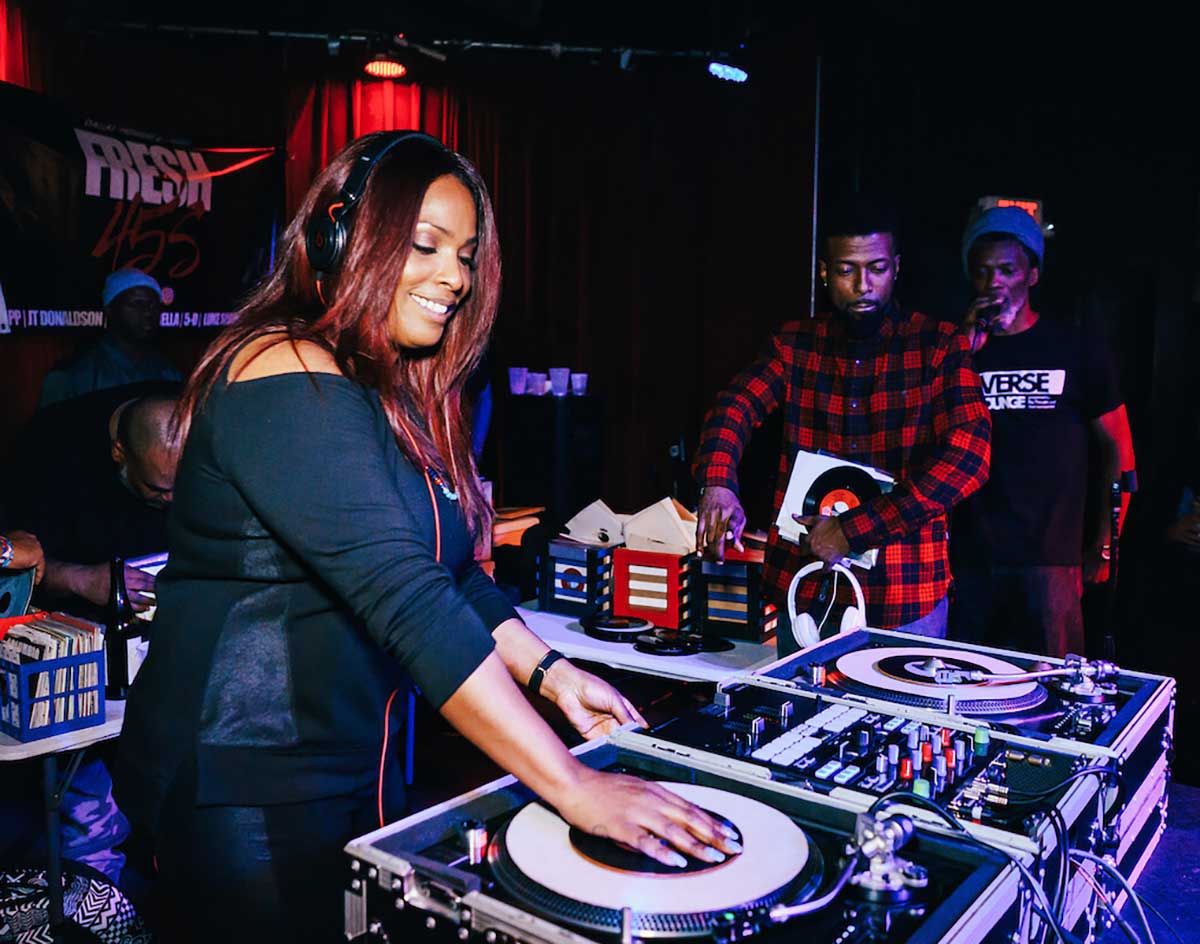 DJ Spinderella Settles A Lawsuit With Her Salt-N-Pepa Bandmates, President Obama Cosigns The Highwomen & Norah Jones And So Much More.

A lawsuit that’s been in the works since July between Dallas’s own DJ Spinderella and her old partners in the famed hit-making rap group Salt-N-Pepa has finally reached its conclusion, AllHipHop News reports.

All sides have reached a settlement in regards to the filing, which saw Spinderella sueing her former bandmates for allegedly failing to pay $600,000 in back royalties over the past decade. She also claims she was kept in the dark over a Salt-N-Pepa docu-series on Lifetime that got announced earlier this year — a subjct on which she has previously refused to comment.

By the looks of it, it seems that the docu-series is still on the books.

Meanwhile, a book deal for former Pantera vocalist Phil Anselmo is up in the air. The memoir, titled Mouth for War: Pantera and Beyond, was reportedly slated for release in 2015, then got shelved indefinitely. On a December 25 episode of the Paltrocast With Darren Paltrowitz podcast, the Down, Superjoint and Phillip H. Anselmo & The Illegals vocalist explained, “When it was first introduced to me, the opportunity to write a book, I thought about it for a little while, and then I thought to myself, I am maybe a little bit too young for this. I feel like the story is still being unraveled, man — and it is. The more we live, the more the story grows, I’m guessing. And it just feels like right now; there’s so many irons in the fire, there’s so many different and cool projects that I’m a part of and working with that the story is still being told.”

Indeed, many stories are still being written — but some have already arrived at a conclusion. Such is the case with late David Berman of Silver Jews fame, who was this week the subject of an obit of sorts from Politico titled “David Berman: The Poet of Gen X’s Tortured Political Consciousness.” It’s quite an eloquent end-of-year tribute to the brilliant DFW-raised singer-songwriter, and while any time is a good time, the end of the year seems like an opportune moment to recap his significance.

The end of the year is also a good time to reflect on its various releases, and some Metroplex-affiliated artists have received the accolades of Former President Barack Obama. Ol’ No. 44 dropped his annual “Favorite Music of 2019” year-end list, and among 35 songs are those from The Highwomen‘s “Redesigning Women” and Norah Jones‘collaboration on Sharon Van Etten’s “Seventeen,” which was also performed on the December 19 taping of The Late Show With Stephen Colbert:

While this recognition isn’t from David Letterman’s successor or from the guy who killed Osama bin Laden, it still merits mention: Motorcade, whose song “Oblivion” we named one of our Top Songs of 2019, received a similar honor from Greg Kot from Chicago’s NPR affiliate, WPEZ, and their Sound Opinions podcast, with that same making the cut for the tastemaker’s annual mixtape.

Hell, even new releases come out during this time of the year!

…and The Oasis, an upcoming album by Cygnus, from which three tracks have dropped…

…and another music video from Felt and Fur for the New Noise-premiered “We Were Two”:

Spinderella cover photo by Karlo X. Ramos. Got a tip for White Noise? Email us!