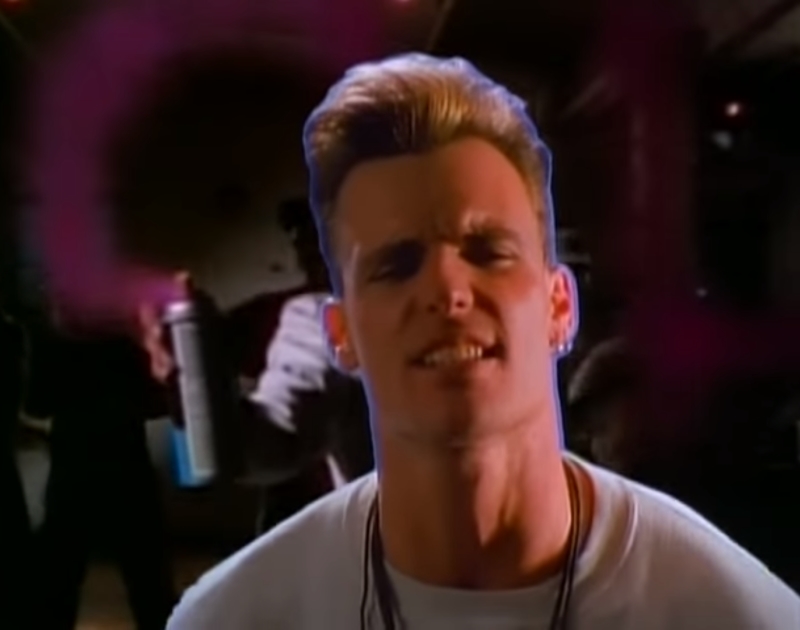 Vanilla Ice And Post Malone Ring In The New Year With Some Big Names, Demi Lovato Re-Enters The Studio And Emotional Xan Goes Metal — Plus Much More.

Area officials may have pleaded with the public and asked citizens to pass on New Year’s Eve celebrations — there is, after all, still a global pandemic going on — but we know for a fact that some of y’all still partied during the turning of the calendar.

At least the Grapevine-sprung pop star Post Malone, for his part, took his celebrations online for a virtual concert — something he’s already proven himself adept at in 2020 — and did so with some big names by his side. Following a 10-song main set of original tracks, the “Sunflower” performer welcomed Slash, Red Hot Chili Peppers drummer Chad Smith, and Jane’s Addiction bassist Chris Chaney into his party for an encore featuring a cover of Alice In Chains‘ “Rooster” and the below-embedded Black Sabbath classic “War Pigs” while ringing in the new year.

Of course, the man born Austin Post wasn’t the only area-tied artist to go big as 2020 went kaput. A man his career is indebted to also made a splash that night.

As part of a bill also featuring the Beach Boys, Carrollton’s Own Vanilla Ice took part in the big New Year’s bash hosted at Donald Trump‘s Mar-a-Lago Club in Palm Beach, Florida, with folks like Donald Trump Jr., Rudy Giuliani and Kimberly Guilfoyle cheering him on as he promised to keep “[playing] that funky music till you die.”

Not in the room for that event, however, was Ice’s longtime drummer Clint Barlow, who owns Deep Ellum’s landmark Trees, Canton Hall and Bomb Factory venues. In a Facebook post imploring his followers to “please take everything seriously when it comes to to this virus,” Barlow revealed that he’d been hospitalized following complications resulting from testing positive for COVID-19. Fortunately, Barlow has since been released from the hospital and is recovering at home. We send the man arguably most responsible for Deep Ellum’s turnaround over the course of the last decade nothing but positive vibes and wish him well on his road to recovery. Dude’s always been a fighter, and we have nothing but the utmost faith that he’ll be back on his feet soon.

Barlow’s not the only one who deserves credit for all he’s done: Dallas rapper Bobby Sessions deserves his flowers, too. Fortunately, he’s somewhat receiving those in the form of a Twitter call-out shared by the folks who run the influential Spotify playlist known as Rap Caviar. Right before the end of the year, they named Sessions’ “All We Got” as one of 2020’s most slept-on hip-hop tracks of the year.

On the other hand, being slept-on isn’t something Demi Lovato really has to concern herself with. This week, the Colleyville-raised pop star’s management revealed she was back in the studio, recording new solo material — her first since 2017. No word yet on when fans might hear the fruits of that labor — but, as we already said, there’s not really much concern about that word getting spread once it’s ready to be shared.

Speaking of sharing things, it looks like Toadies frontman Vaden Lewis is ready to join his drummer Mark Reznicek in the comic book world. This week, the band’s Kirtland Records label revealed that Lewis would be credited as an author on a pair of new comic books inspired by the lyrics of the song “Jigsaw Girl” from his band’s 2001 Hell Below/Stars Above LP.

You can draw inspiration both literally and figuratively, folks! Take, for instance, former Dallas Cowboys and current Buffalo Bills wideout Cole Beasley, whose entries into the rap game we’ve covered before. Just this afternoon, he released audio of him hopping on an unsolicited — he makes that very clear in the intro — remix of the aforementioned Post Malone’s “Wow.” Check that out here.

Yes, influences can come from anywhere. For instance, Dallas gloom-rapper Emotional Xan decided this week to adopt his long-known metal music fashion influence into his sound via a new song called “The Campaign” that he dedicates to the late, great Power Trip frontman Riley Gale.

Meanwhile, wunderkind Dallas drummer J.D. Beck and his frequent collaborator Domi released two weeks back now the below (brilliant) tribute to all things Madvillain-related that has already amassed more than 300,000 YouTube views. Madvillain was, of course, a collaborative effort between the iconic producer Madlib and the late and legendary MF Doom, whose October 31 passing was only publicly announced on December 31.

Also paying homage to influences this week is the North Texas R&B singer Zeke Forever, who shared the below cover of Dua Lipa‘s “Levitating” to socials this week.

Even North Texas metal outfit Mountain of Smoke is offering tributes these days, releasing a project called Replicated that finds the group covering some surprising songs, including the below cover of Enya‘s “Only Time” that features Denton alt-pop act Lorelei K.

Dallas super-producers Play-N-Skillz, meanwhile, are continuing to mine their Latin music influences these days after first coming up in the hip-hop realm. Their most recent single — a song featuring Nicky Jam and Natanael Cano called “Billetes” — has already amassed more than 2.5 million YouTube views at the time of this writing since its December 10 release.

Meanwhile, North Texas’ Donovan Ford — these days working solo under the name Domvan! — issued this week a new, Michael Briggs-mastered, catchy ditty of his own called “Can’t Wait” that’s just the first taste of what he promises to be a forthcoming EP of new material.

And that does it for this week! See y’all again next Tuesday with more of what keeps the Dallas-area music scene bopping on a weekly basis.