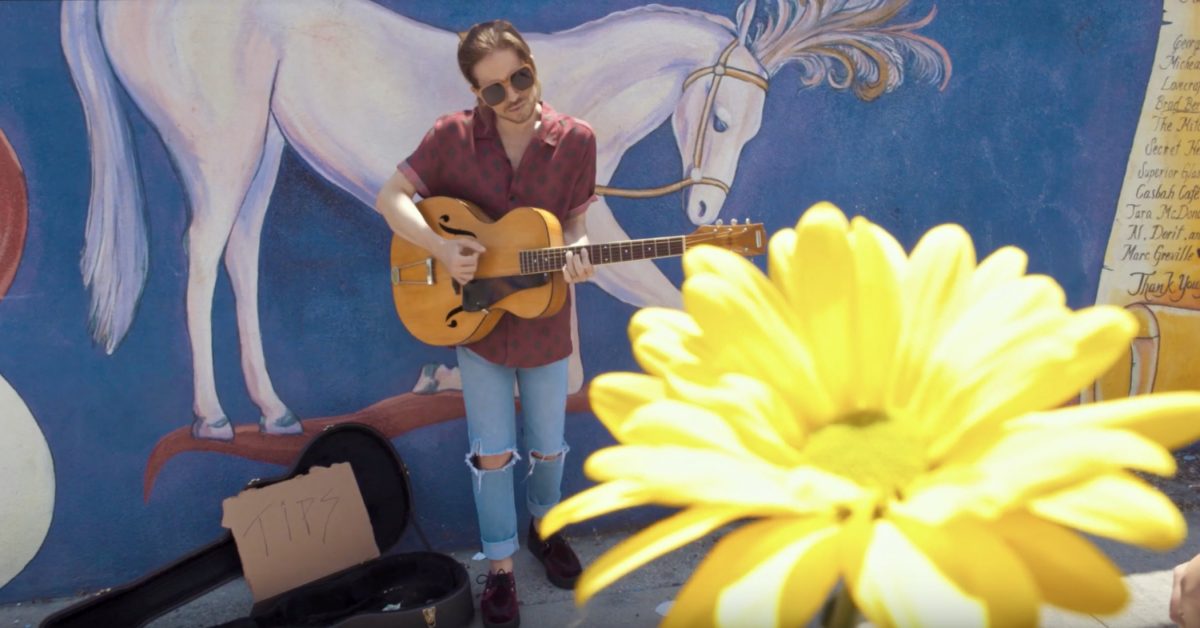 The Rocket Summer Drops A Video For “Morning Light,” Soulzay Gets A Sweet Nod From Lyrical Lemonade And Sarah Jaffe Lights Us Up With A Video For “Dark Energy.”

Hey, so in case you’re unfamiliar, we at Central Track have this series called “Song of the Day,” and this week, our alma mater has done us proud. *wipes tear with index finger*

The Rocket Summer, whose single “Shatter Us” received our SOTD recognition earlier this month, premiered a new music video for “Morning Light” via Alternative Press and announced a fall tour in support of his upcoming album, Sweet Shivers. He will also be taking his hometown victory lap at The Kessler Theater on Friday, September 13.

Last week, Dallas rapper Soulzay’s single “All I Wanna Do” received some love from Lyrical Lemonade, the Chicago-based video producers and tastemakers who have propelled acts such as Juice WRLD, YBN Cordae and Lil Pump.

Dallas singer-songwriter Kristy Kruger made a stop at the Big Apple to attend the Independent Music Awards, where she won in the category of “Best Cover Song” for her rendition of Johnny Cash’s “Folsom Prison Blues.” Back in 2018, we named her single “I Cried For All That Might Have Been” as one of our Songs of the Day, and apropos to that title is the fact that she got snubbed in the categories of Best Americana Album and Best Americana Song.

Oh well. Ya win some, ya lose some.

Ok, we’ll stop plugging our Song of the Day feature now, especially since plenty of local artists have been able to achieve enormous success without our illustrious acknowledgment. Why, just recently, it was reported that the Fort Worth-based gospel singer Kirk Franklin became the first artist to top all five of the Billboard gospel charts – simultaneously. You read that correctly. He topped five charts all at once, including Top Gospel Albums, Hot Gospel Songs, Gospel Airplay, Gospel Streaming Songs and Gospel Digital Song Sales.

Nothing beats getting recognition from Billboard, unless you are one of those people who unconditionally loves NPR. If that’s you, you should be excited to know that Vanessa Peters is slated to perform the station’s Mountain Stage in Charleston, West Virginia, with Steve Earle, Damien Jurado and Erika Wennerstrom of the Heartless Bastards. The sold-out show will be broadcasted on more than 240 NPR-affiliate stations.

Of course, if you’re craving a national festival experience with some of our beloved locals, there are options beyond that one. Leon Bridges was just announced on the bill of the inaugural Miami Beach Pop Festival, which is scheduled to take place November 8-10. Other acts include The Raconteurs, Chance the Rapper, Jack Johnson, Juanes and more.

If you feel like going for something a little north of the border, Mercury Rev will be playing Canada’s flagship Quebec City Summer Festival, on the same day as Alt-J, CHVRCHES, Taking Back Sunday and others.

If you don’t have your passport handy but still want to get a quasi-uncharted experience, look no further than Las Vegas. The city will be host to the Day N Vegas Festival on November 1-3. Local hip-hop artist LeRoyce will be kicking off festivities on the same day that J Cole, Lil Uzi Vert, Megan Thee Stallion and others are slated to perform.

Moving on, Denton ska legends The Grown-Ups casually dropped footage of its farewell show in 1997. Whether this is indicative of a reunion, documentary, or both, is beyond us. Either way, it’s a welcomed trip down memory lane.

As we touched up on yesterday, another band that is making a comeback is legendary death metal/slam outfit Devourment will be dropping its forthcoming LP, Obscene Majesty, in August via Relapse Records.

On that note, let’s take a look at some of this week’s releases: