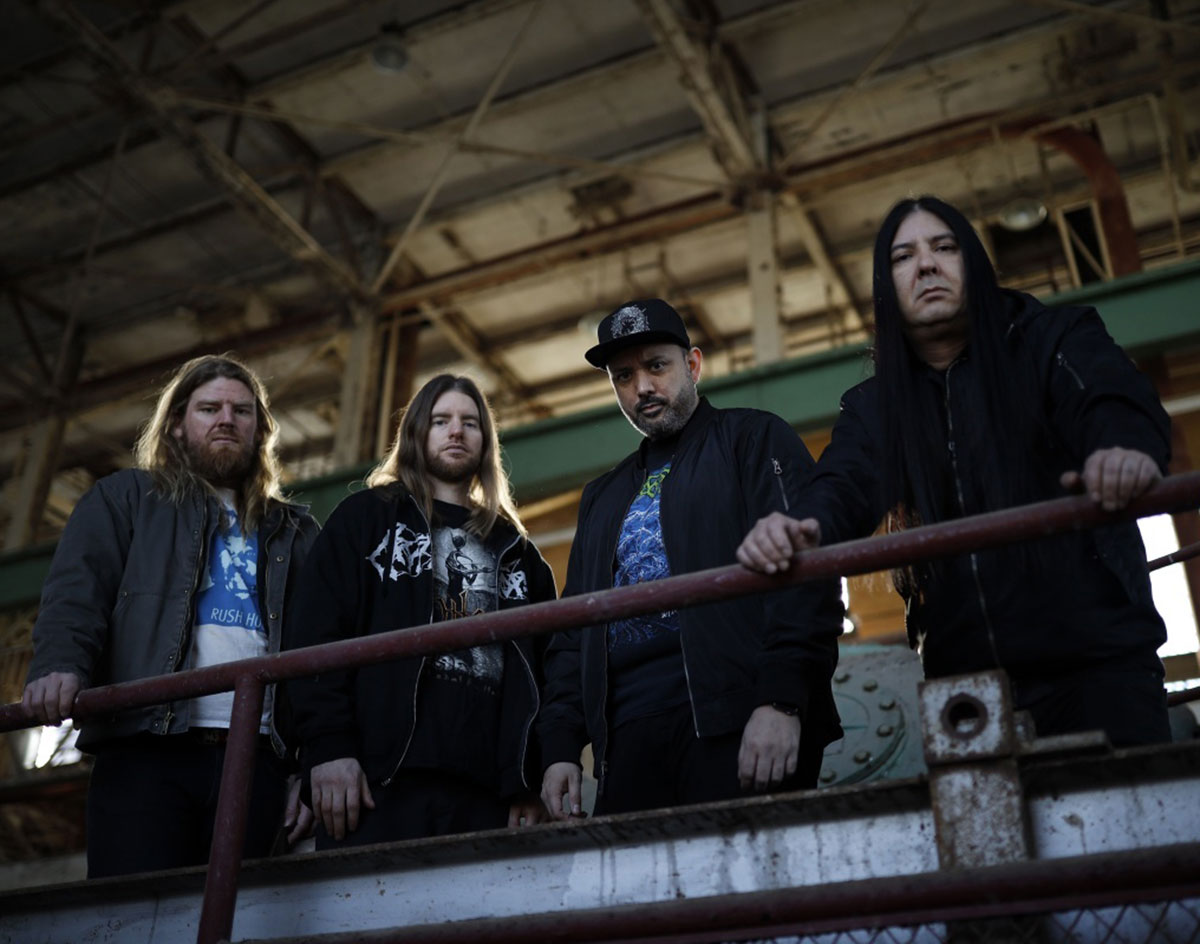 After a six-year break on the release front, the band just announced the upcoming release of Obscene Majesty, its first LP since 2013’s Conceived in Sewage. And, yes, there has been yet another lineup change: Ruben Rosas is back on vocals, a post he initially stepped down from in 2014, and bassist Chris Andrews has switched over to guitar duties. Perhaps that’s all a bit moot, though: The band’s only member remaining from its original 1995 lineup is drummer Brad Fincher.

But, make no mistake, the album’s new promotional single “Cognitive Sedation Butchery” is just as wretched and cacophonous as the band’s earlier output.

This sucker boasts more compression than a car crusher at a landfill, and its snare drum is set so impeccably tight that you could throw a rock at it and hit an airborne Boeing 747. Meanwhile, Rosas’s vocal cords sound like they were soaked in a jar of battery acid and left to crystalize while being dried off with a blowtorch.

Checking in at a brutal four minutes and 53 seconds long  the song also has enough breakdowns and drastic tempo changes throughout to keep you at the end of your seat.

It’s both a welcome return to form and a good tease for what’s to come from the group. Give the track a listen below —  unless you’re vulnerable to tinnitus, that is. Oh, and if you like what you hear, you can pre-order the August 16-due Obscene Majesty album via Bandcamp or on Relapse Records’s website.