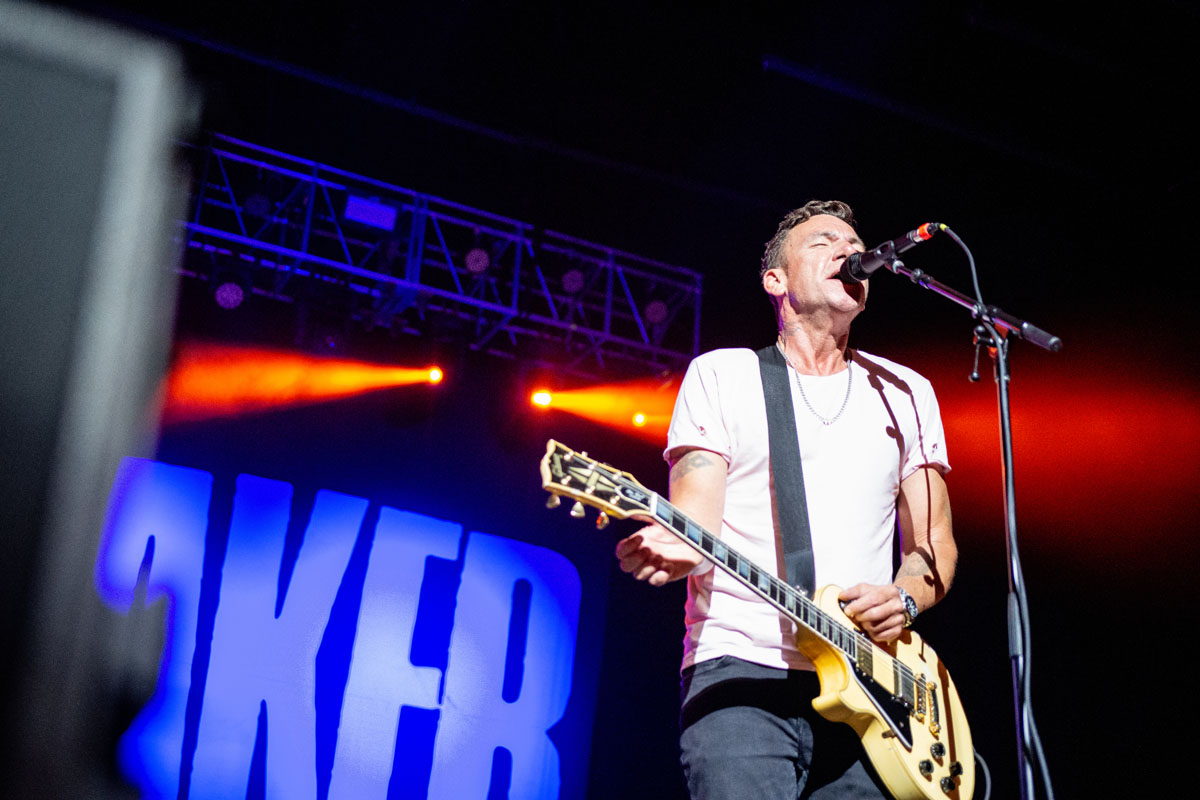 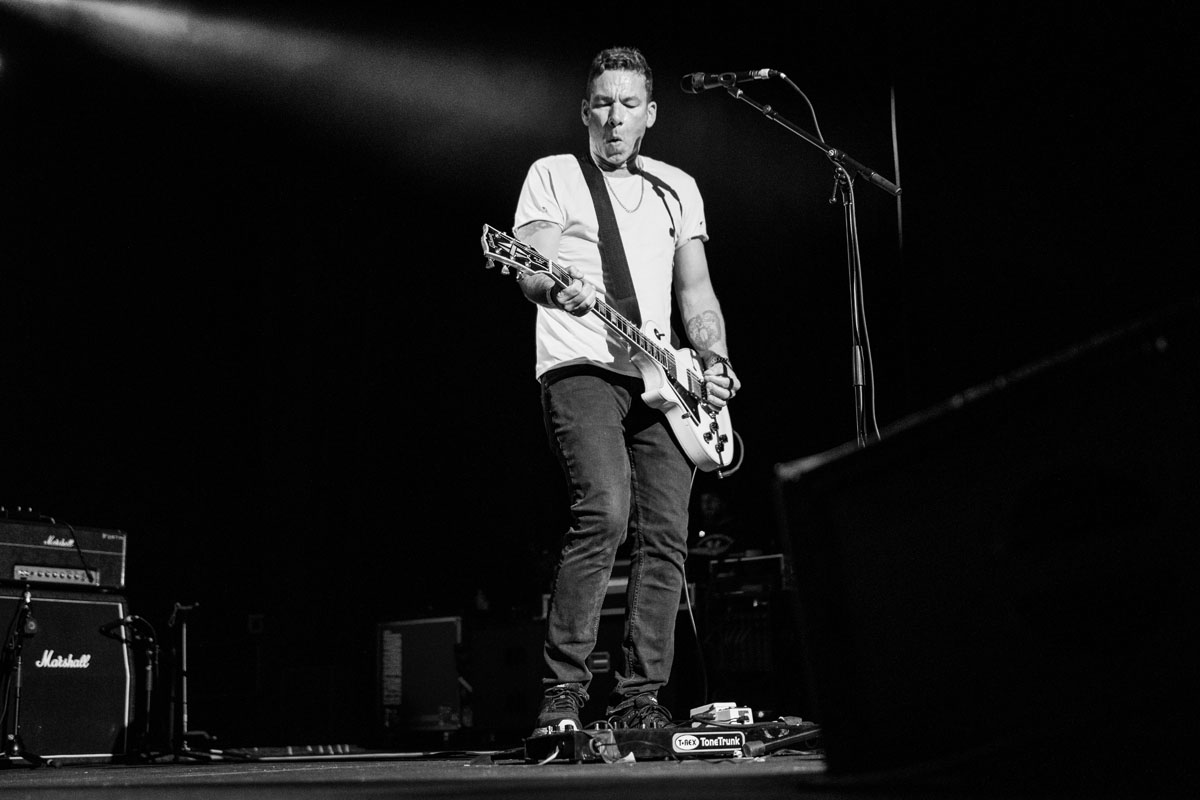 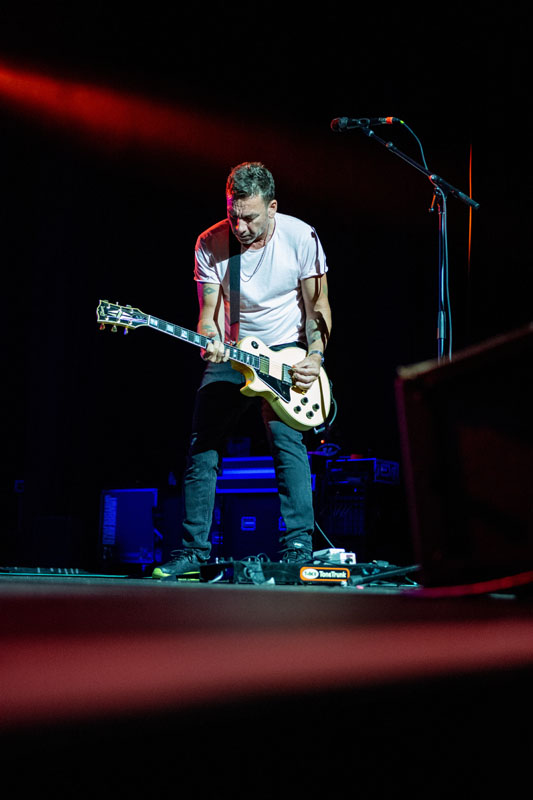 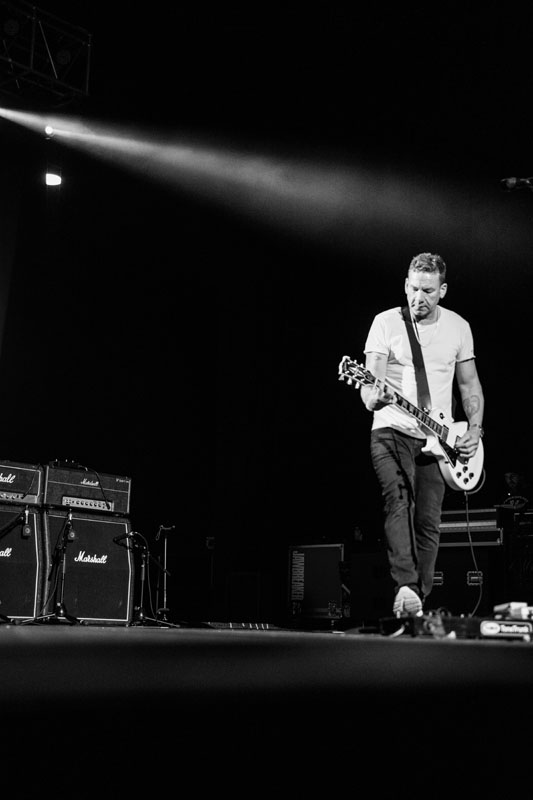 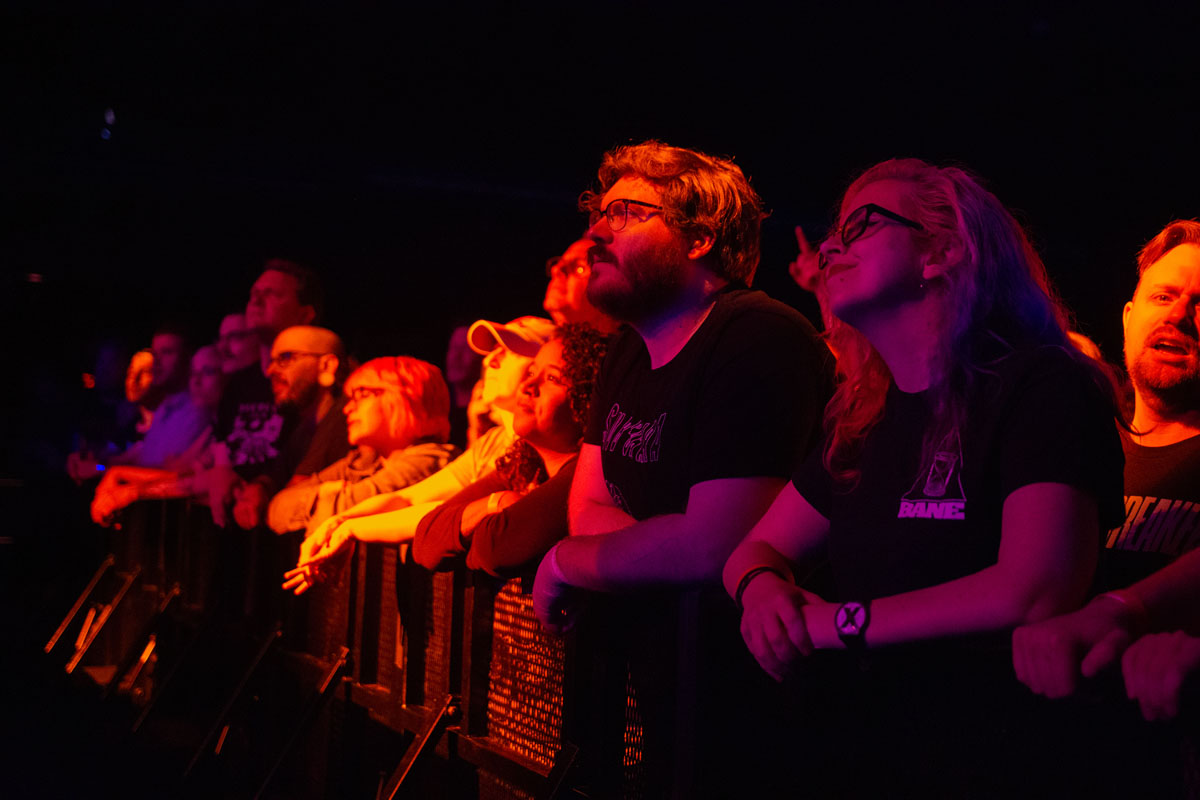 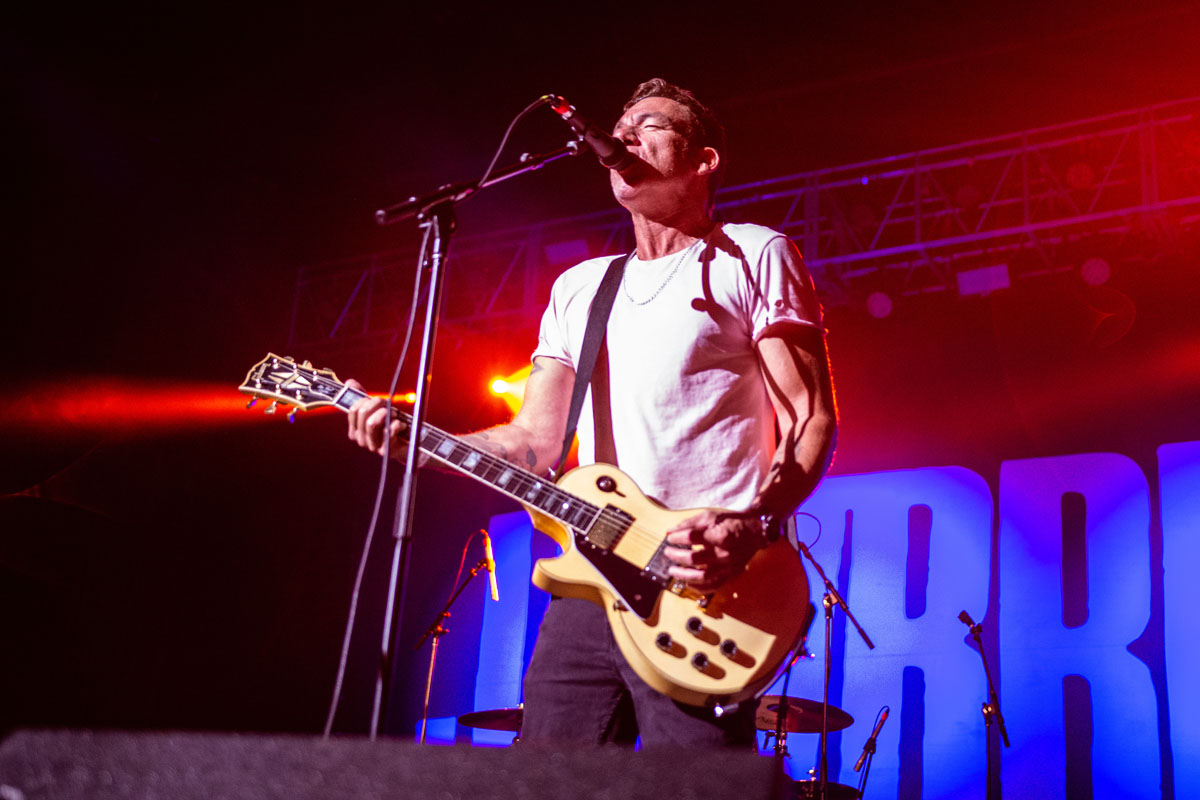 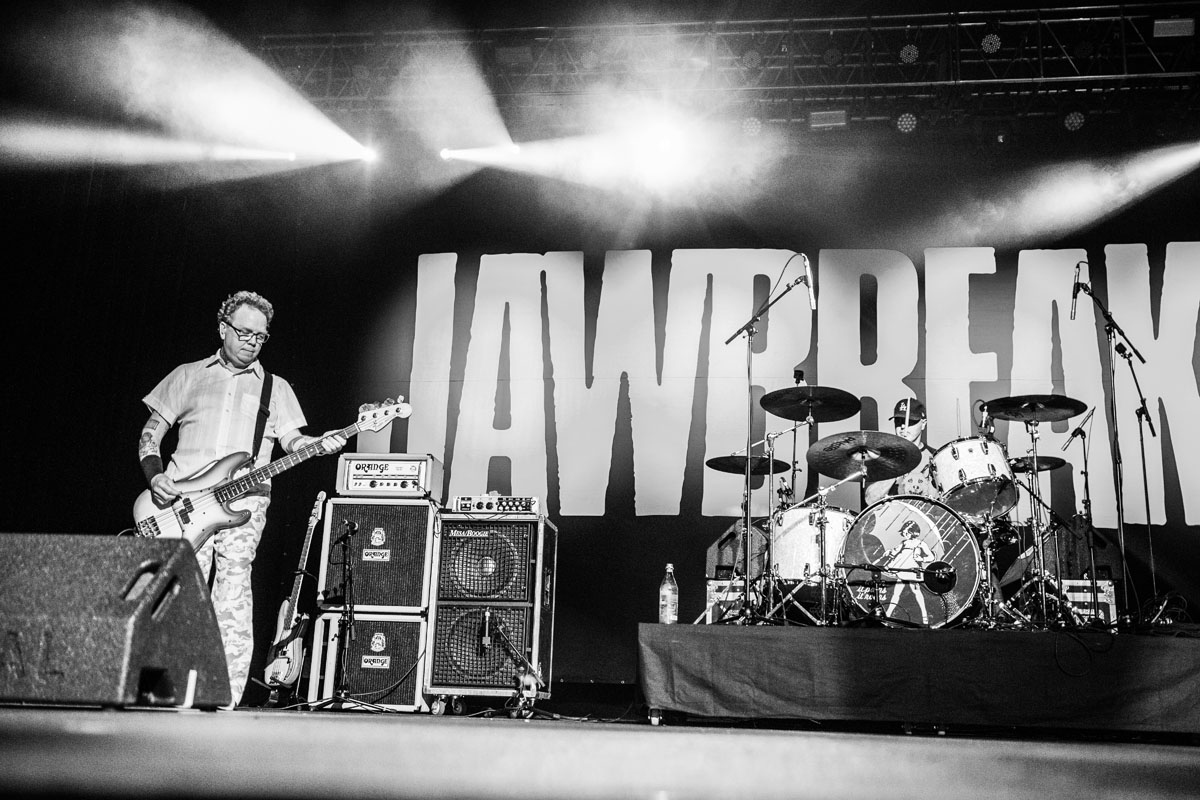 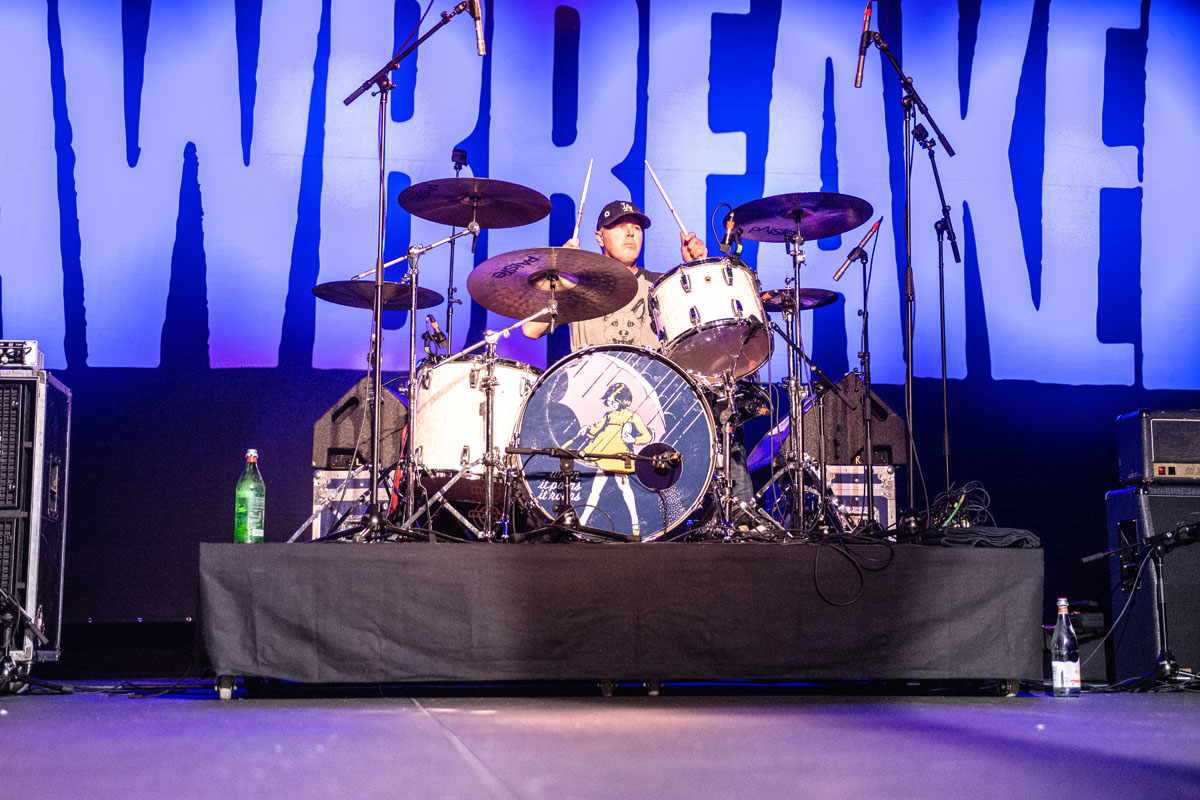 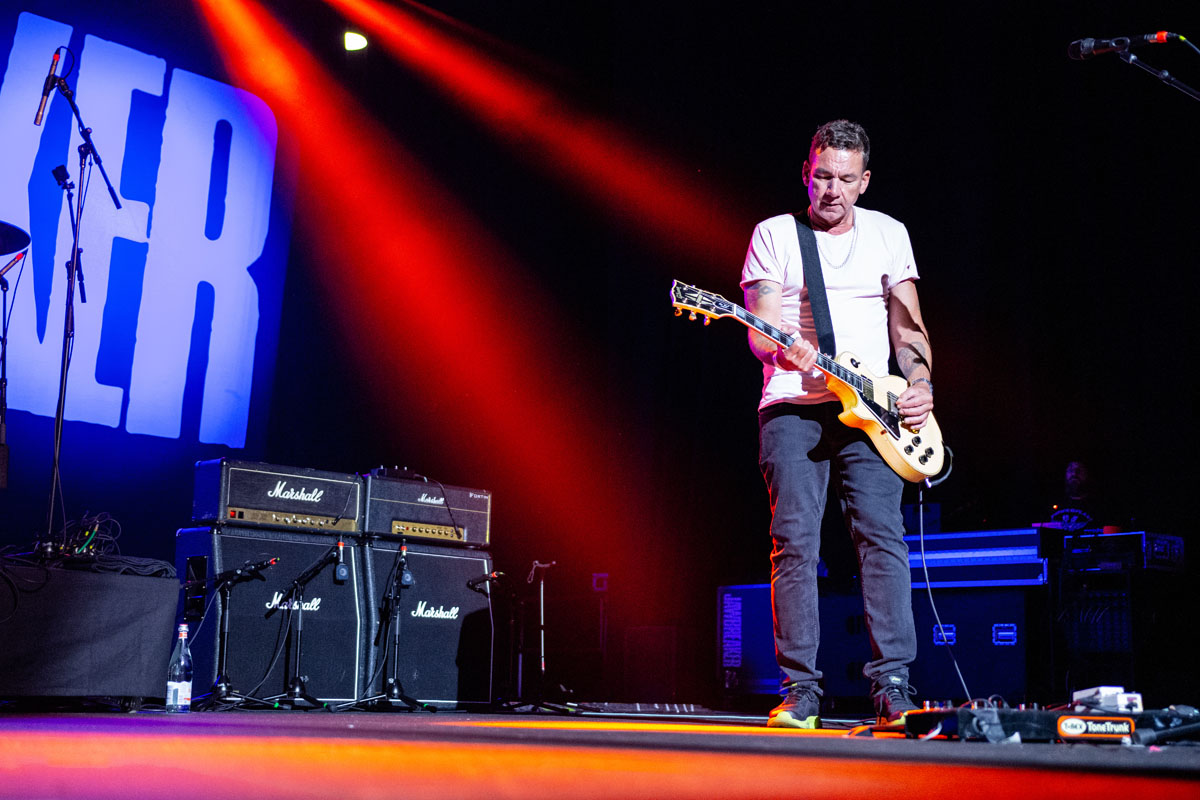 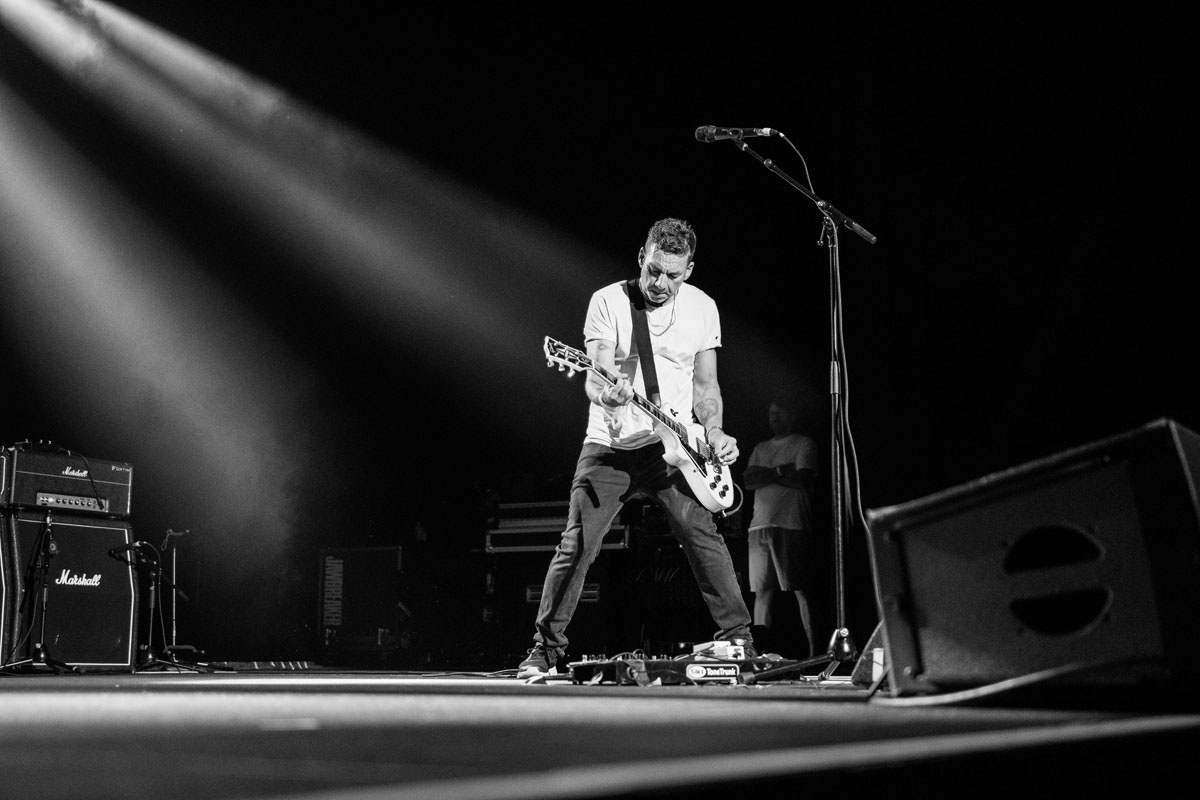 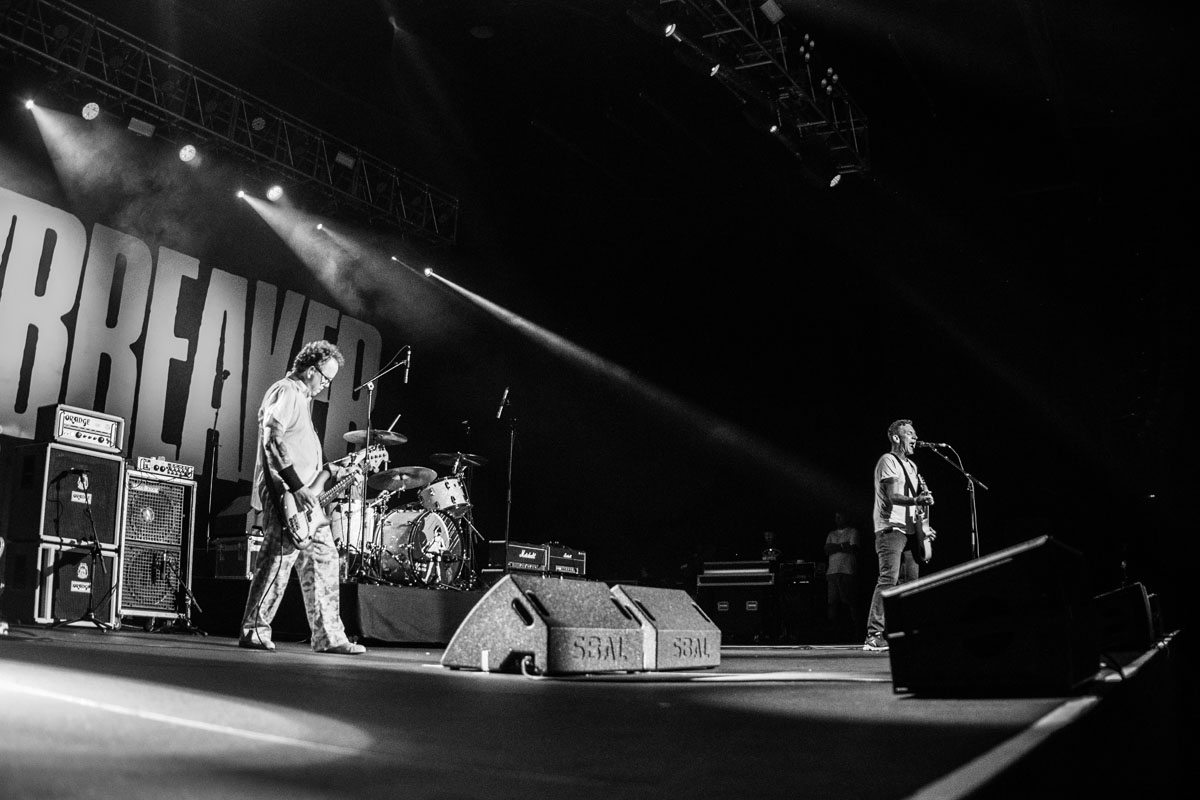 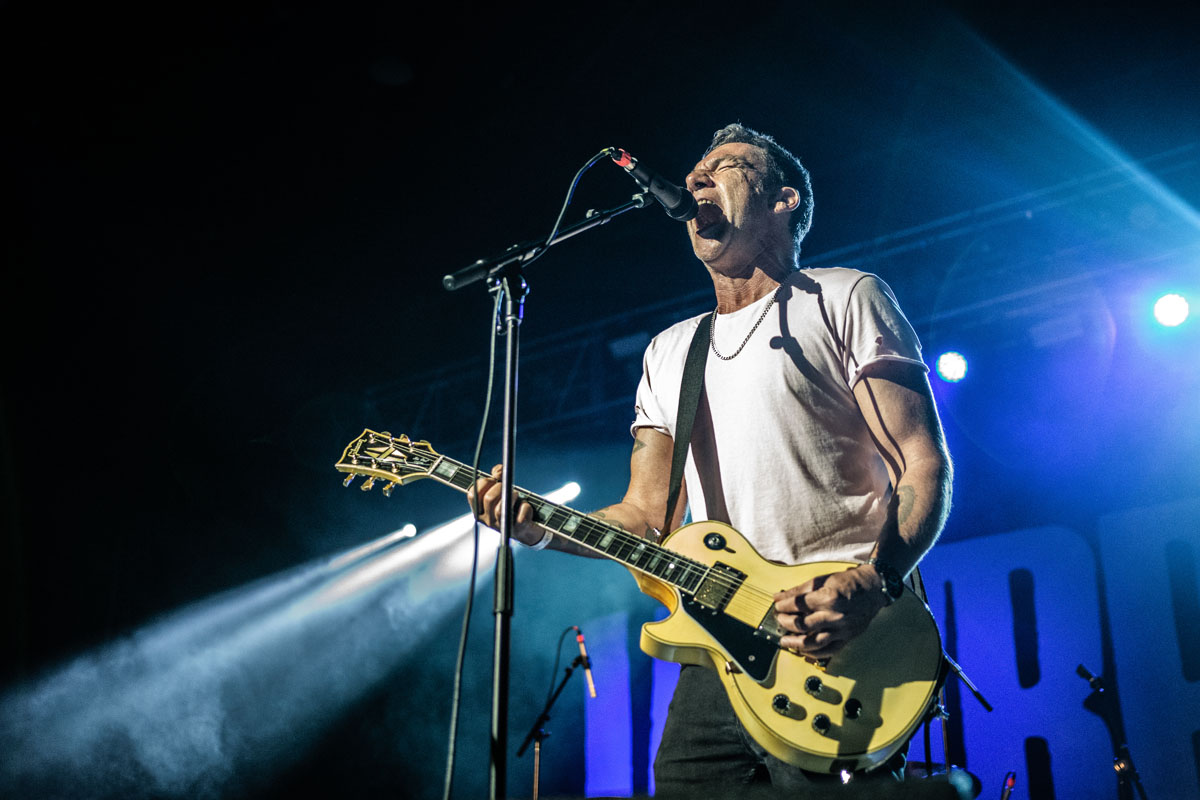 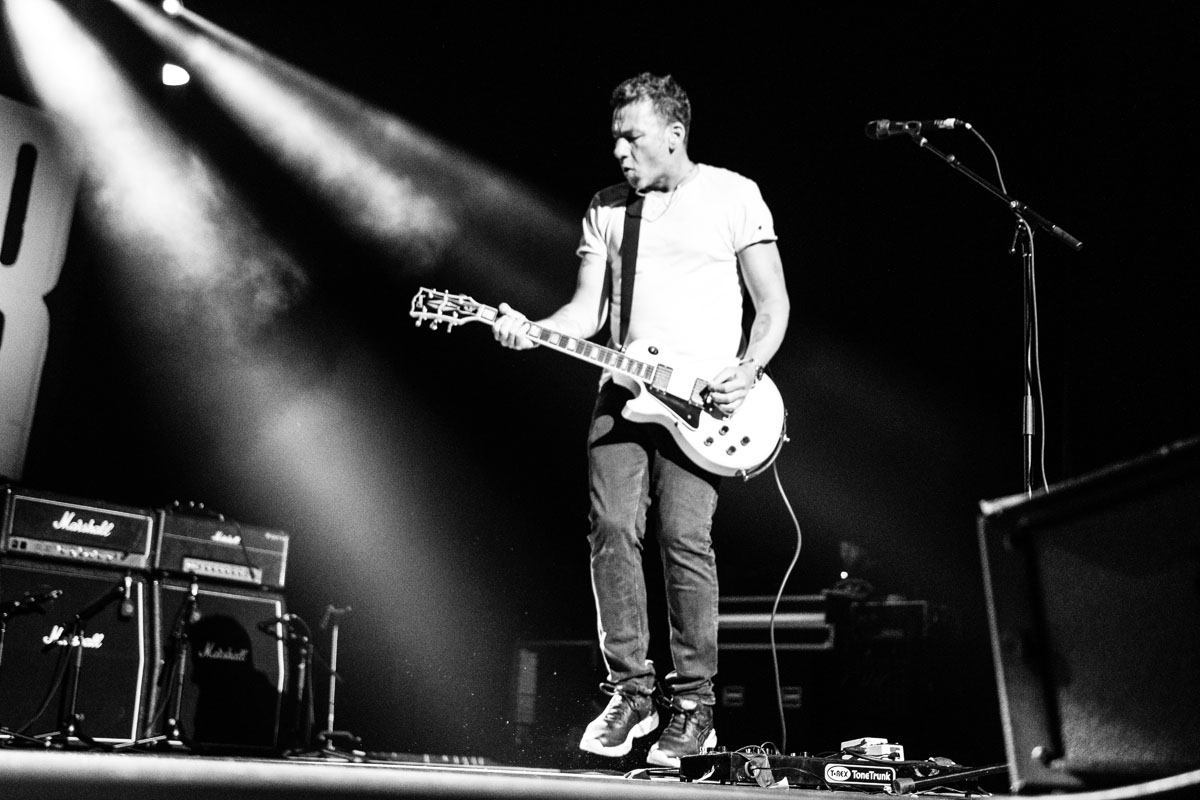 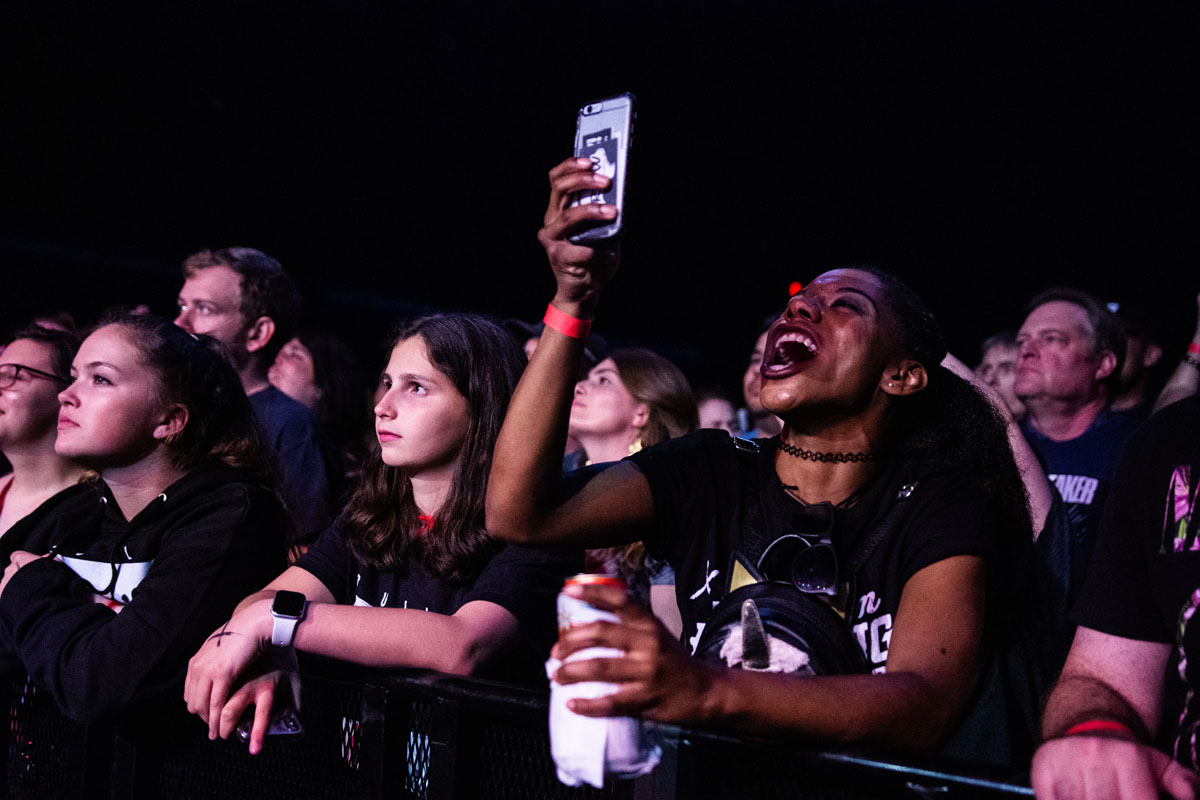 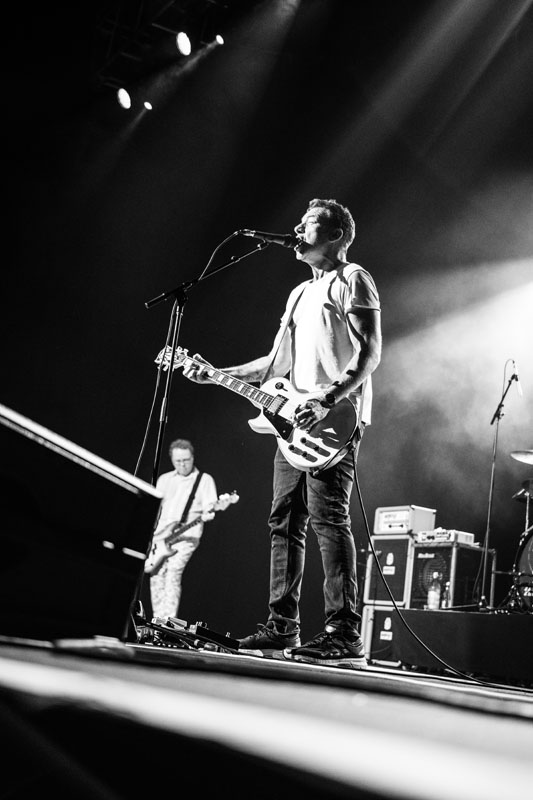 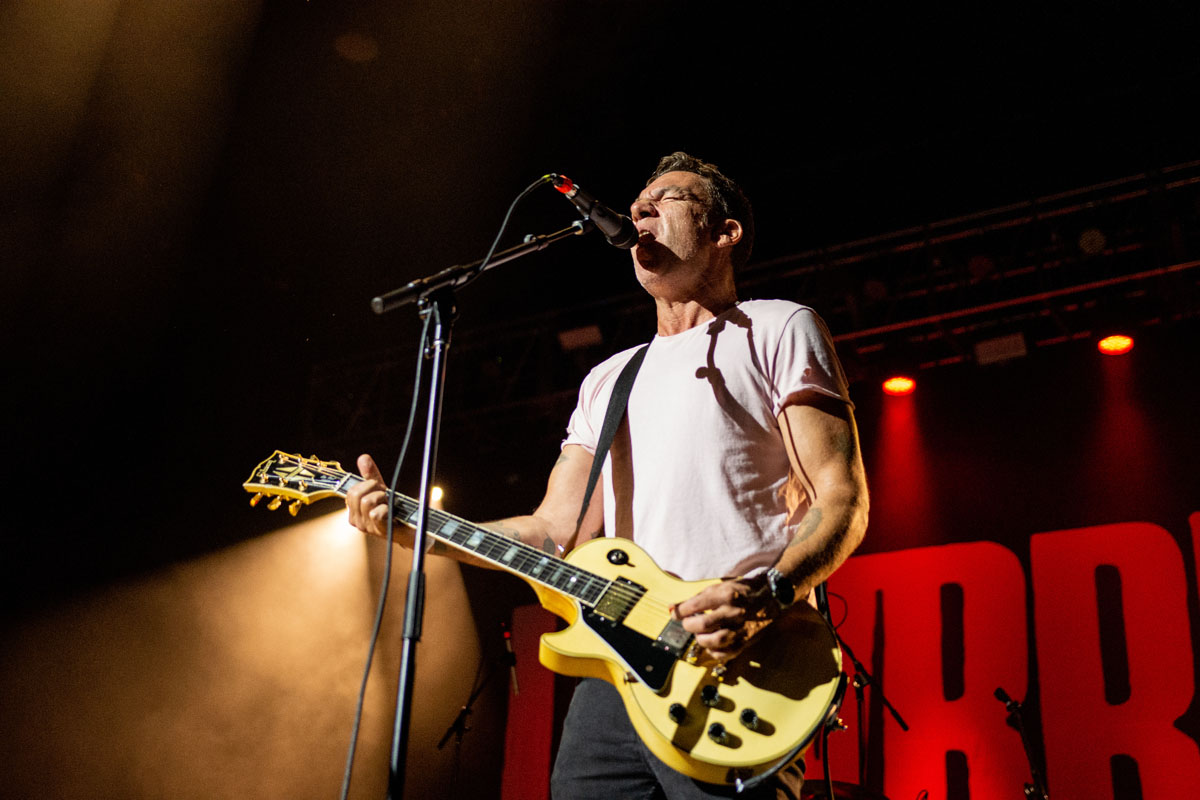 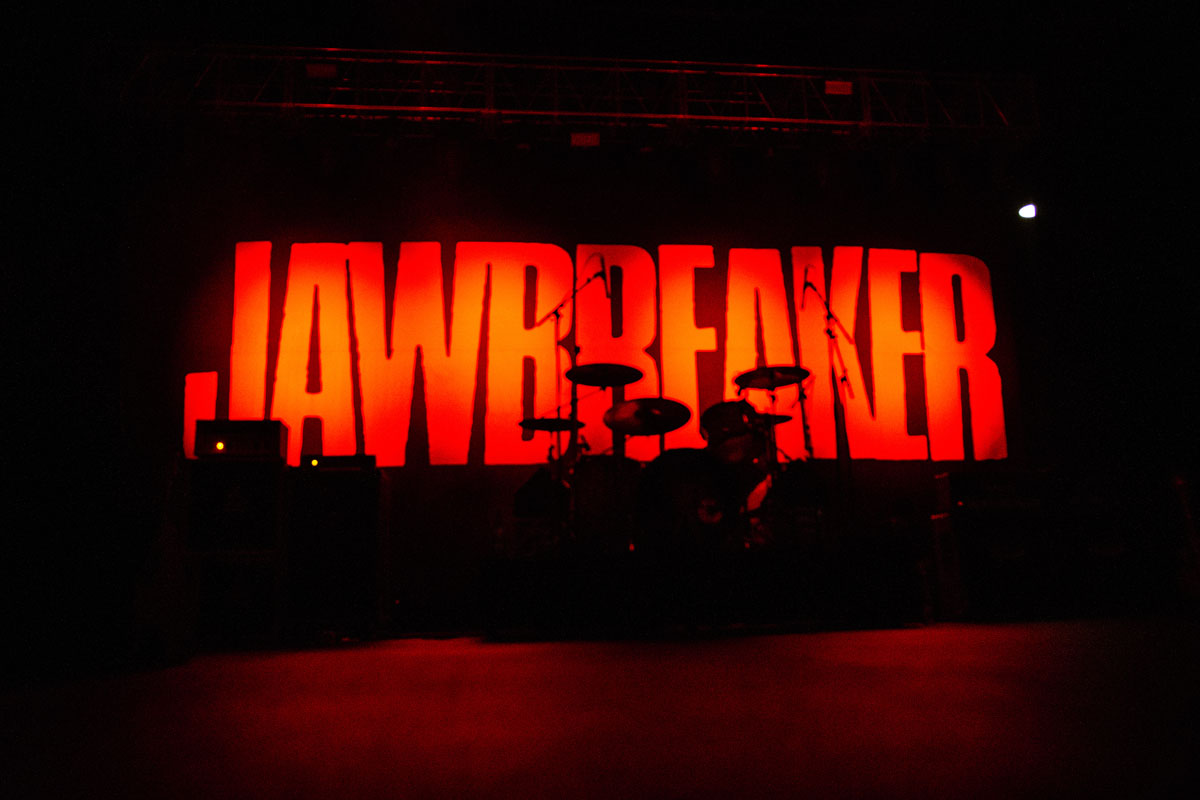 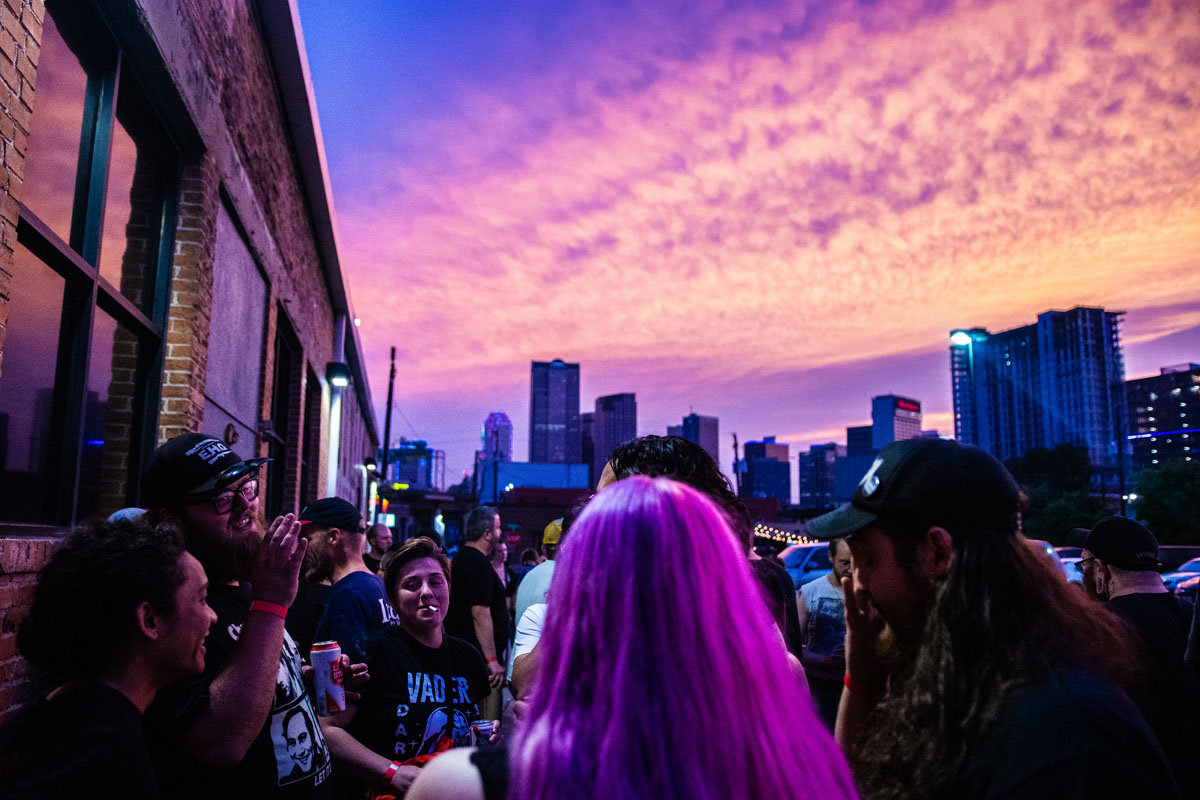 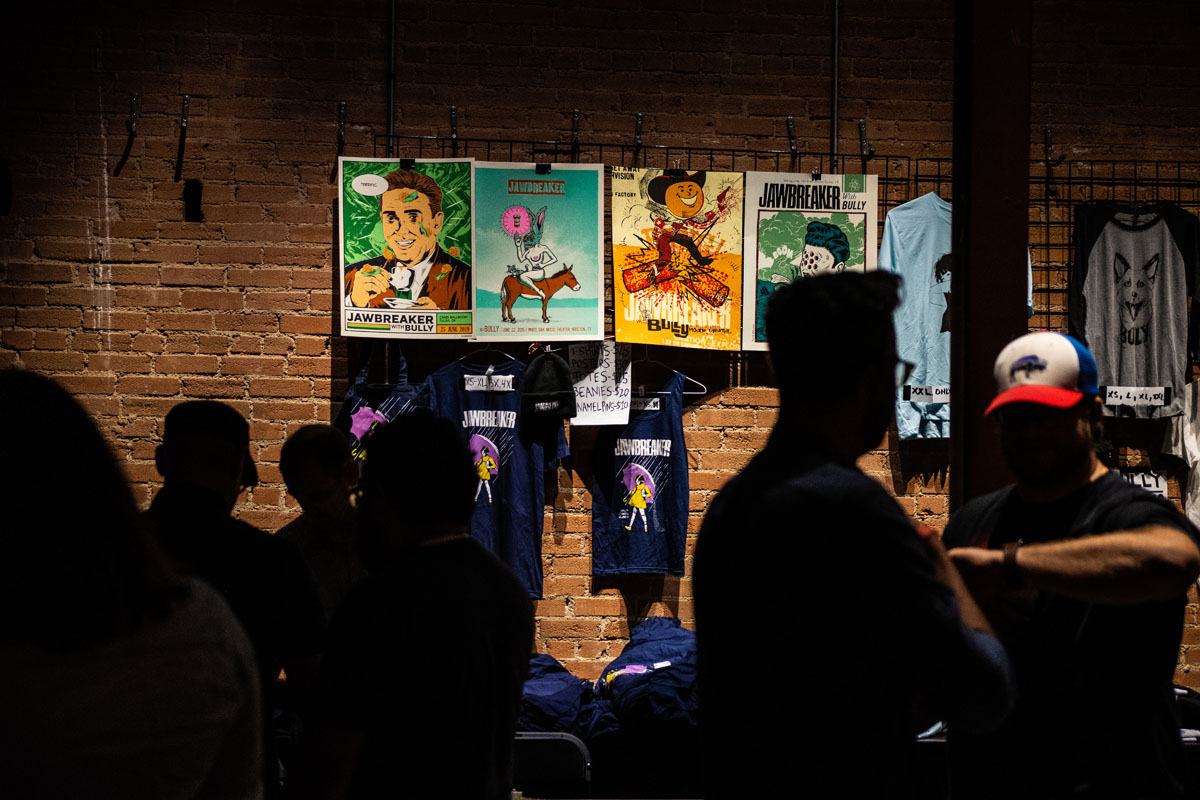 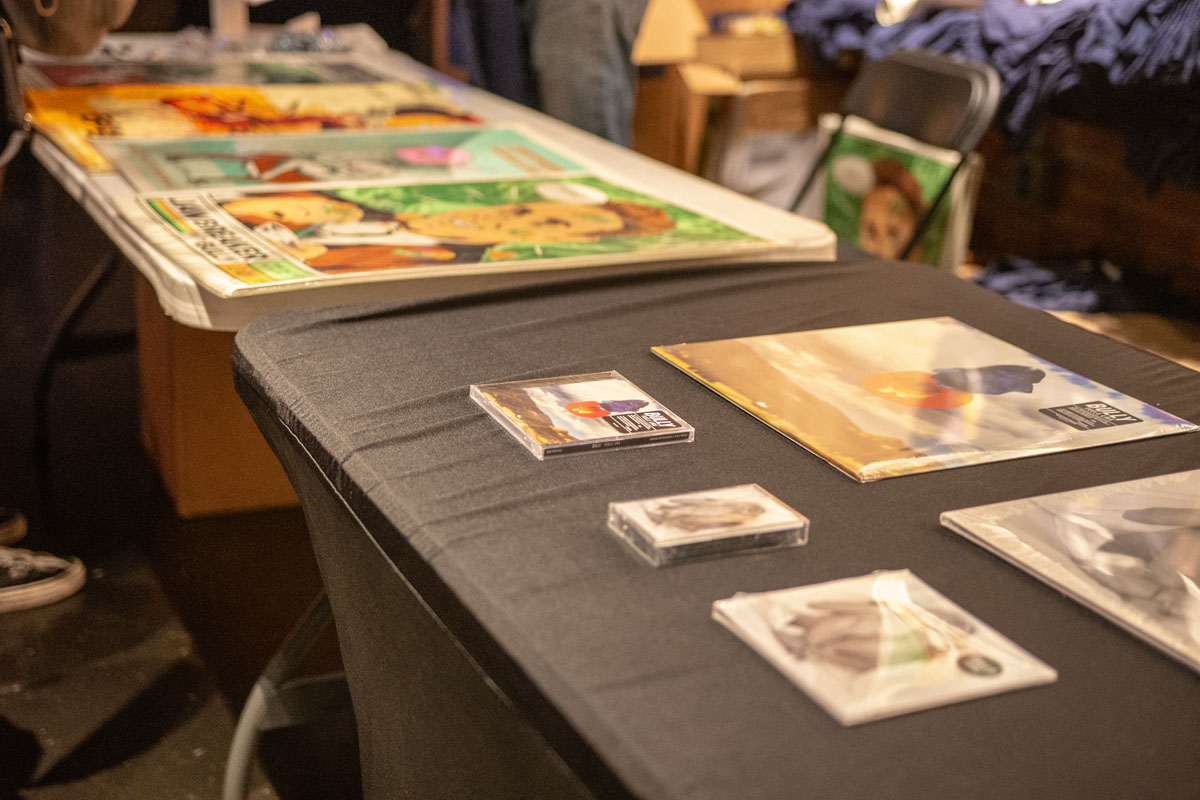 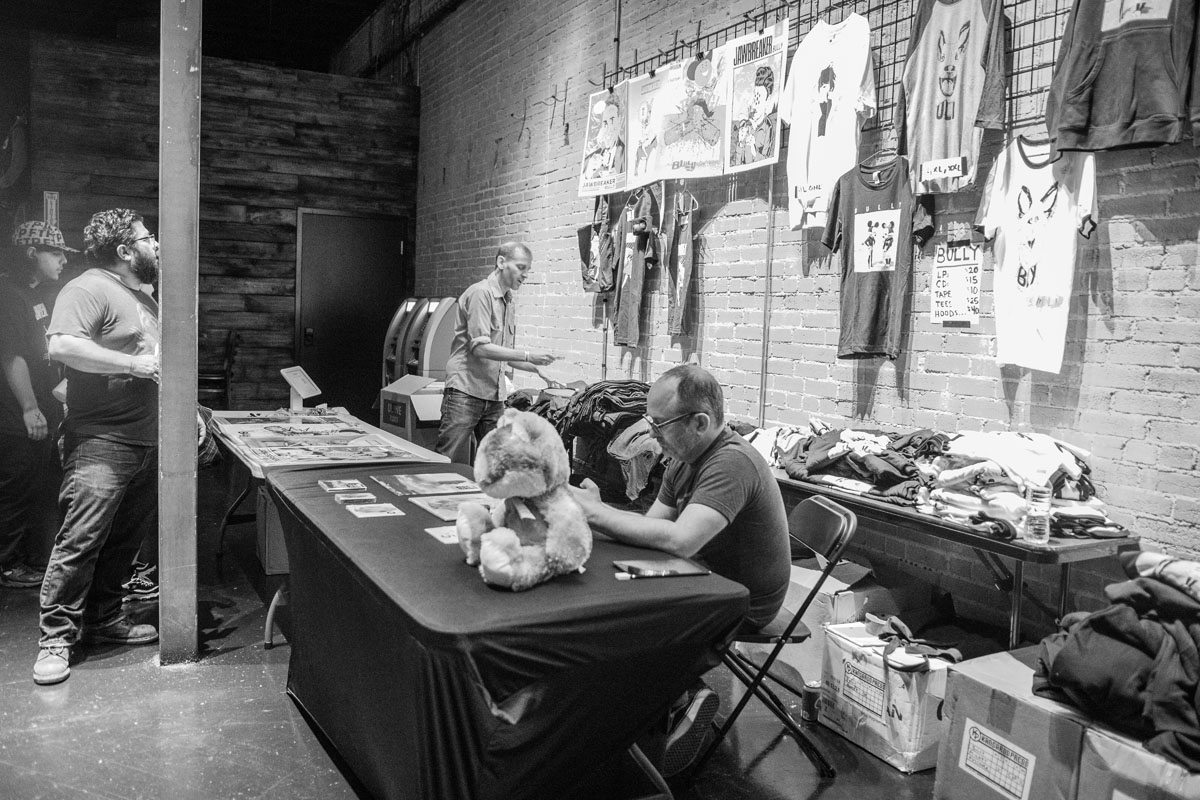 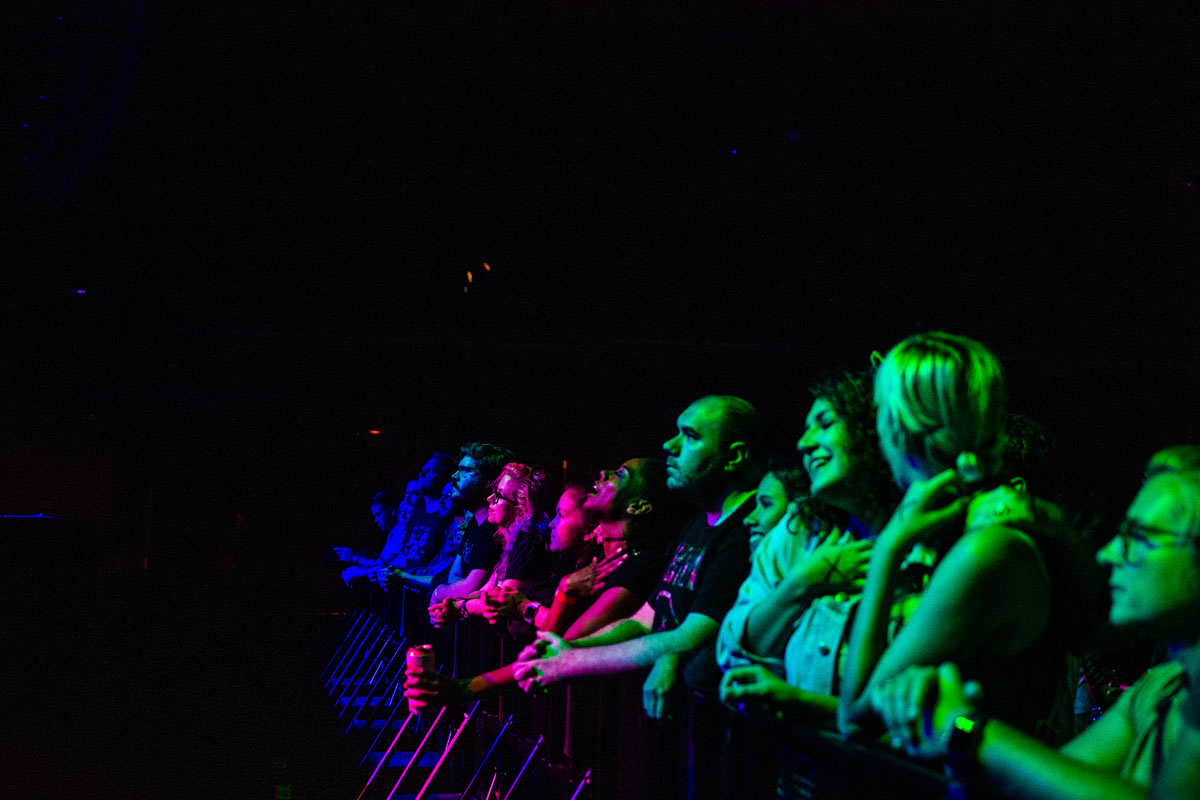 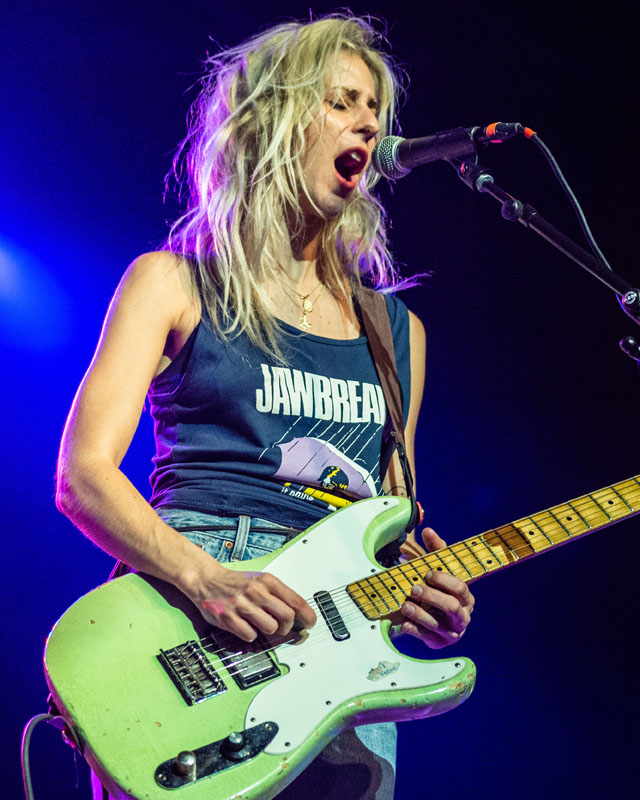 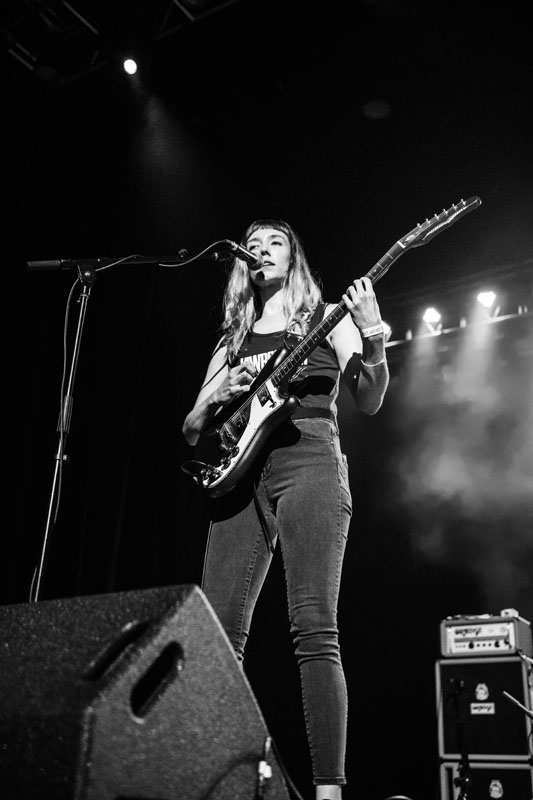 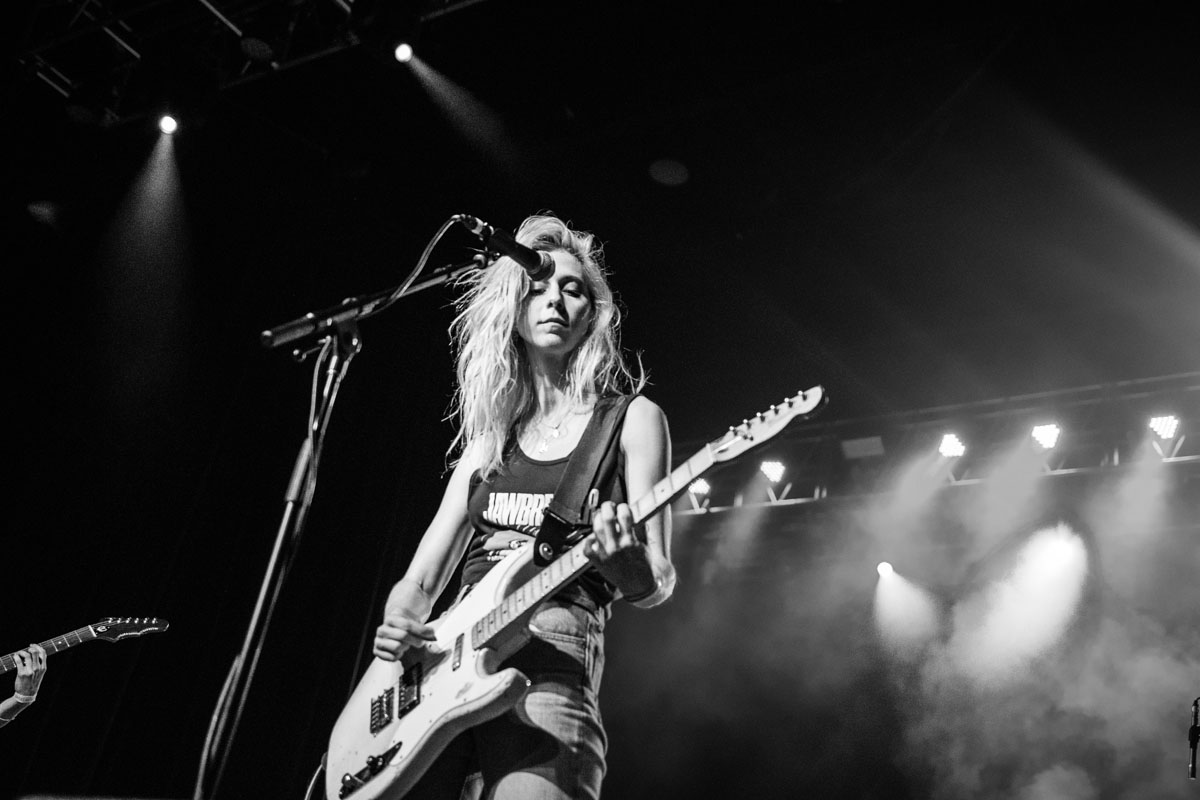 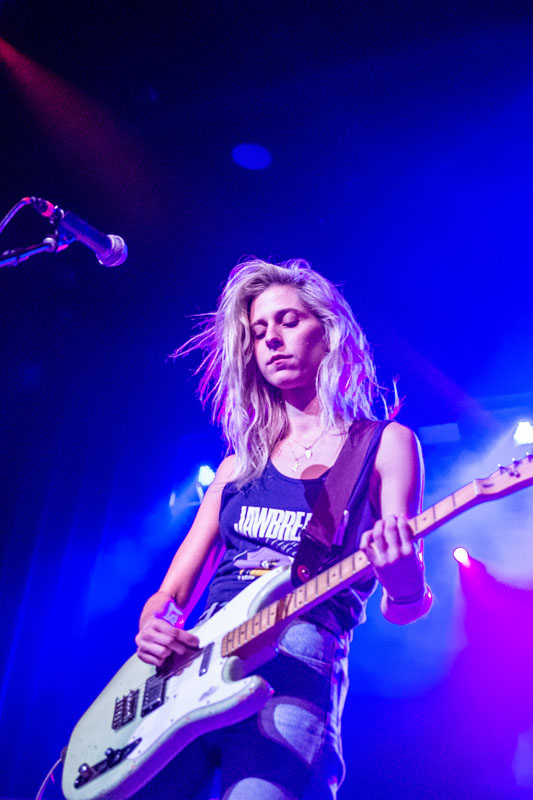 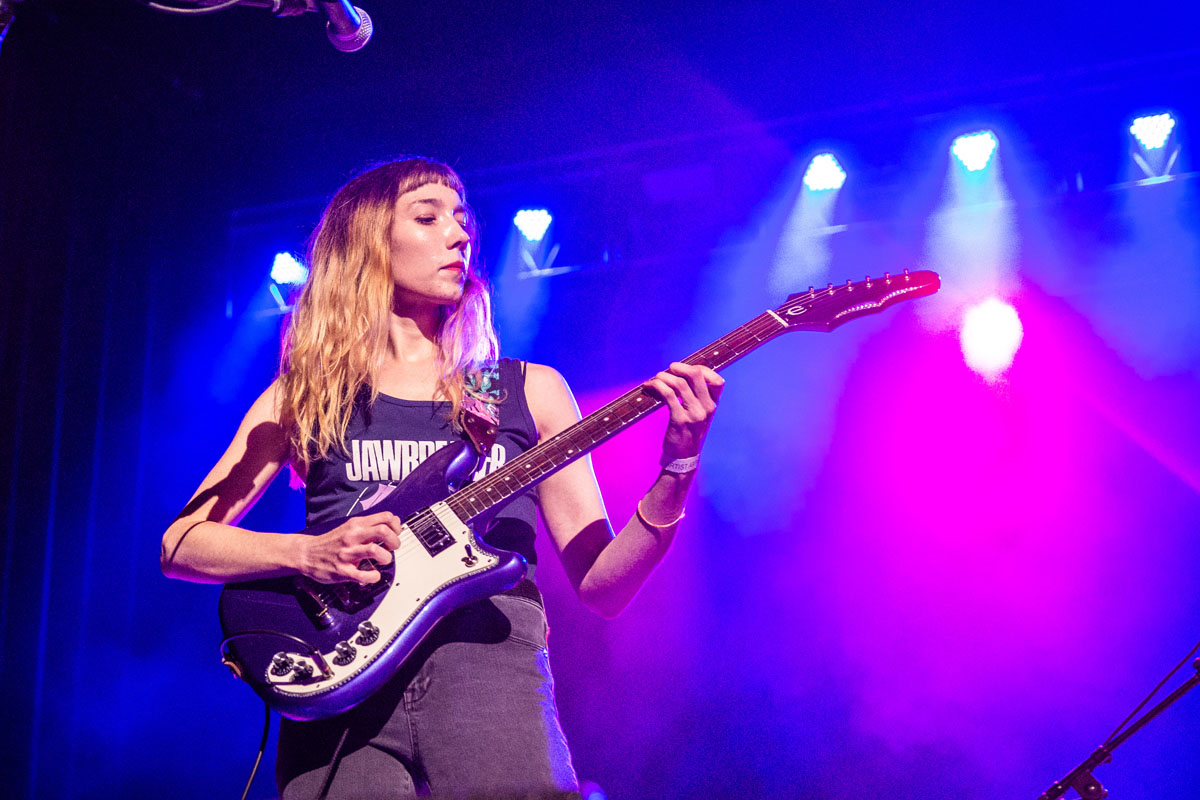 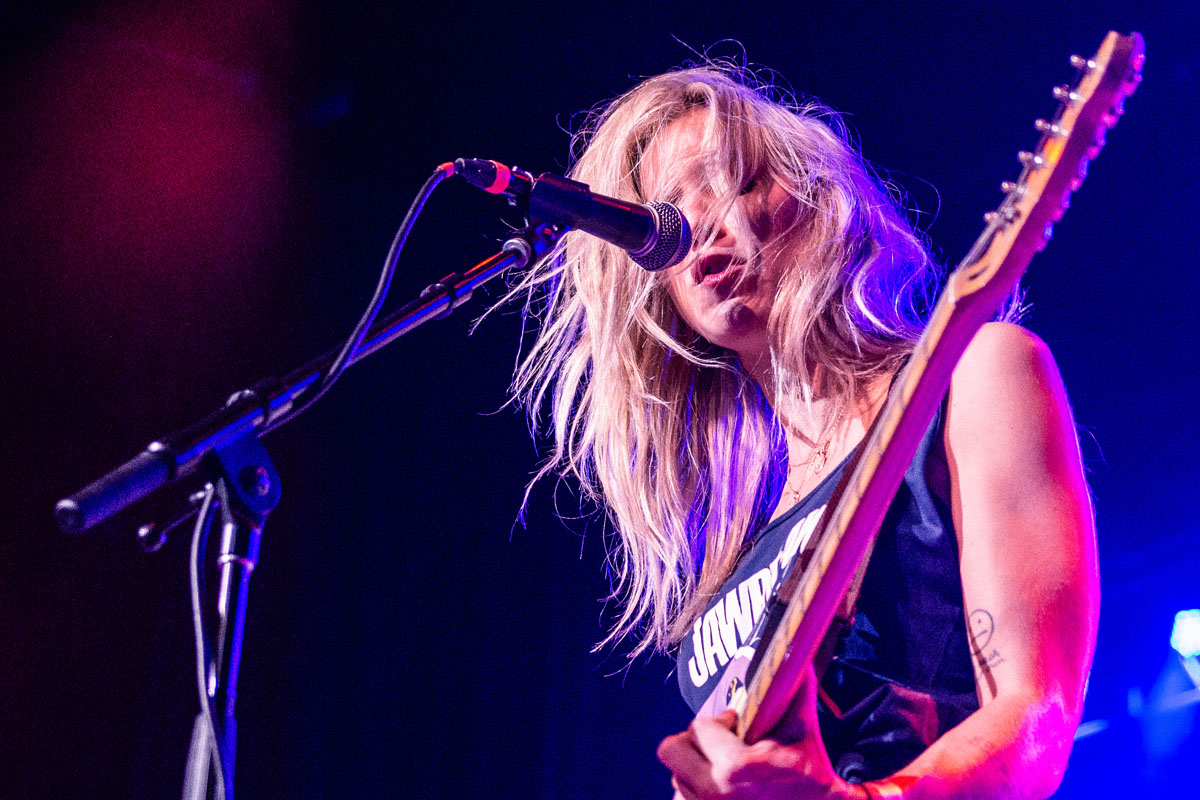 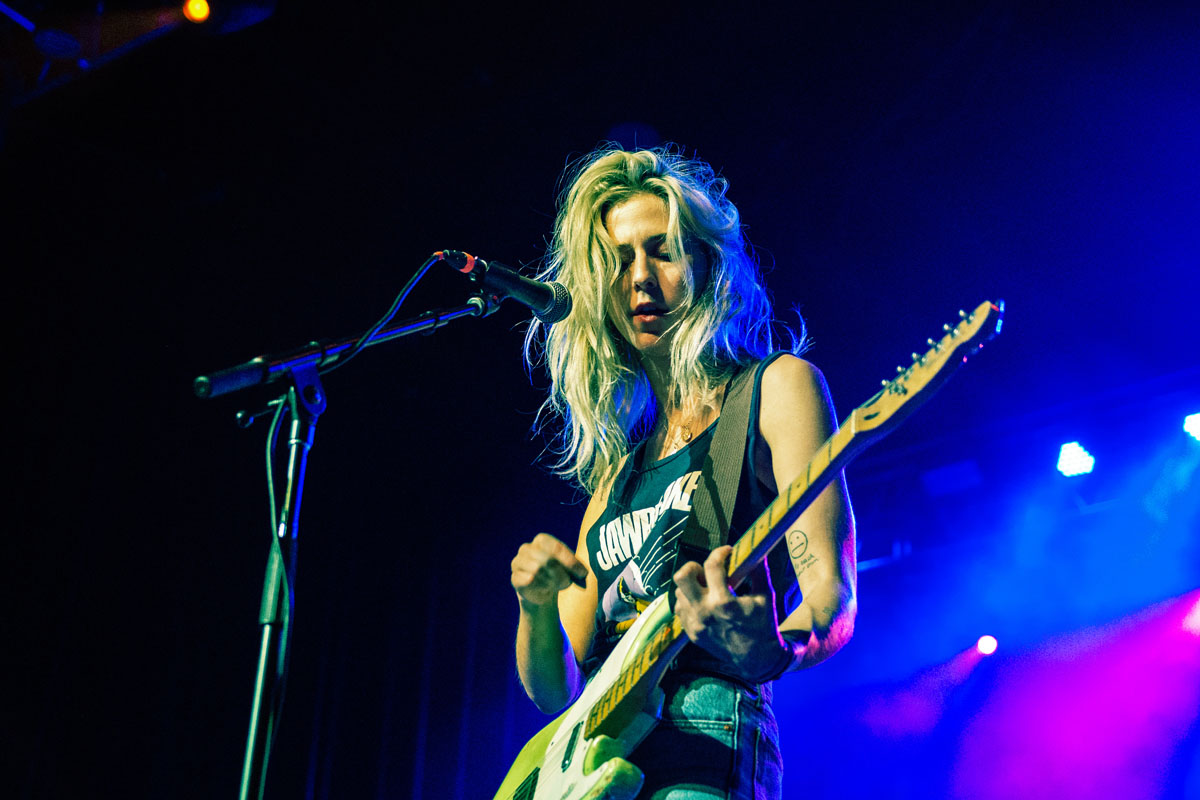 Jawbreaker Played Dallas For The First Time In 25 Years On Monday Night, And While The Bomb Factory Might Not Have Been Packed, It Definitely Got Rocked.

Judging by the turnout last night, The Bomb Factory was an odd fit for Jawbreaker’s first show in Dallas in some 25 years.

Looking around the room, there was no doubt that this band’s draw was too big for, say, the 600-capacity Trees. But big enough to pack the 4,800-capacity Bomb Factory to the gills? No, not quite. (The third Deep Ellum venue owned by the ownership group behind these venues — the 1,200-capacity Canton Hall, which would’ve probably split difference in venue sizes nicely and provided Jawbreaker and its fans fine Monday night accommodations — was apparently not available on this night.)

By our estimates, around 1,000 people showed up to see Jawbreaker back in action in North Texas for the first time since the mid-1990s. (The band broke up in 1996 when long-standing tensions between the trio made them break up for good — or, well, until a 2017 return.)

Crowd size talk notwithstanding, one thing was clear at the Bomb Factory on this night: For those of us in attendance who neither flew up to the band’s reunion at Riot Fest two years ago nor drove down I-35 to see the band play Austin last summer, this show was ours. And from a performance standpoint, it was absolutely incredible.

For all their volatile histories with one another, vocalist/guitarist Blake Schwarzenbach, drummer Adam Pfahler and bassist Chris Bauermeister truly play like they enjoy being together these days. There is no wrestling with ghosts of the past as they play their art-damaged punk songs. Pfahler chewed gum as he rifled his way through shifting tempos and tricky snare and tom-tom fills. Bauermeister, off in a comfortable spot on stage right, kept his head down and played all over his four strings, charging through lines that complemented Schwarzenbach’s raspy vocals and hard-strummed power chords and free jazz chords.

There were no grand declarations about nostalgia between songs. Schwarzenbach simply made quips about the abundance of air conditioning in the room, and how having a spotlight on him made the show feel to him as if he were playing an open mic night. But he also stressed at one point the importance of a woman’s right to choose to have an abortion.

Following a fantastic opening set from Nashville’s Bully — wherein each of the band’s four members rocked Jawbreaker tees and tanks while earning deserved applause for its dozen songs that blended elements of Veruca Salt, Buffalo Tom and the Pixies — Jawbreaker was mostly content to let its music do the talking at this show. Throughout the band’s 15-song set (see the bottom of this post for the full set list), each song sounded better than the last. From opener “Chesterfield King” to the encore-closing “Shield Your Eyes,” the band played songs from across its back catalog, even playing a song called “Black Art” that Schwarzenbach did with a band called Thorns of Life.

Known for using audio samples in their recorded songs (for laughs and to tempt litigation), the band twice employed that tactic on this night, pumping through the PA a lengthy sample of Jack Kerouac in “Condition Oakland” and injecting the awkward/great confession by Christopher Walken’s character in Annie Hall into “Jet Black.”

In all, it was a treat to watch. Frankly, it’s just nicer to see Jawbreaker in 2019 as opposed to 1995 or 1996. People genuinely care about the band now, fully removed from all the drama that surrounded the band once upon a time. In those days, the stigma followed the band everywhere, with fans hating the thought that Jawbreaker kissed the brass ring it had sworn to never go near. After years of struggling with myriad health problems and a lot of personal friction, the band decided to stay together for a little longer and sign to a major label and see if things got better. To that point, the band had long claimed that it didn’t need to work with a major label, and fans took their signing with one as an affront. (This, kids, was during times where major labels were seen as the enemy by those still clutching to the hippie ideals of counterculture that seeped into the DIY punk underground.) The band signed for a lot of money, and used that amount wisely, buying a touring van and new equipment. Humble as that approach to financial stability may have been, many longtime Jawbreaker fans wanted nothing to do with the band’s sole major label LP, Dear You.

In the years after their breakup, though, people finally started reacting to the music instead of what Maximumrocknroll espoused in its pages. People began to realize the brilliance of what Jawbreaker had done from start to finish. The politics of yore fell by the wayside as people took to trading MP3s from Unfun, Bivouac, 24 Hour Revenge Therapy and Dear You on Napster. An appreciation of the sound — finally — led Jawbreaker back to where it is now — and, hopefully, where it will continue to be.

For its part, the band is talking that talk, claiming that it’s been working on new music since last summer and keep up with plans to continue hitting the touring circuits. Good thing, too: There’s no doubt Jawbreaker has a future, and for the 1,000 or so attendees of Monday’s Bomb Factory gig, the night seemed like a confirmation of that. Far more than a nostalgia-fueled one-off, this show felt more like welcoming back of an old friend into the fold — one that, with any luck, local fans won’t have to wait another couple of decades to see again.