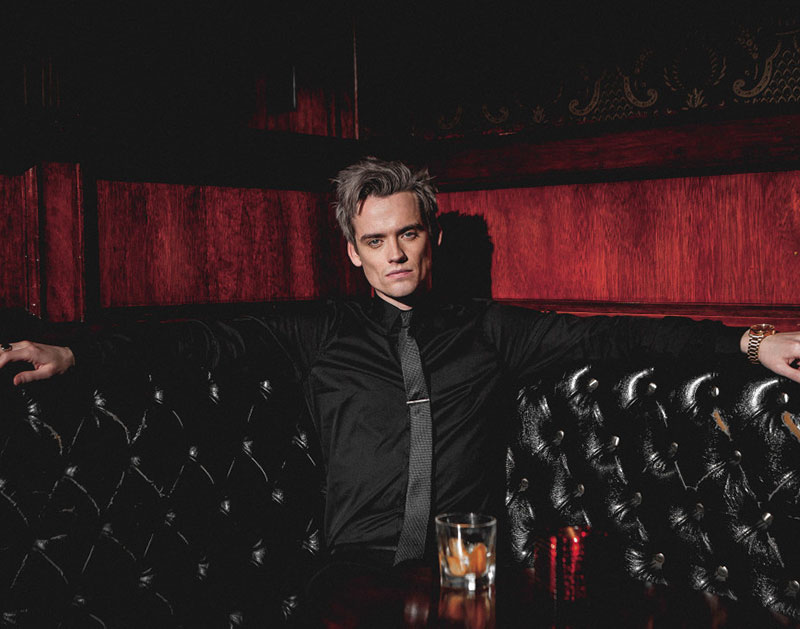 For nine months now, we’ve been following the story of one Dave Abbruzzese, the Dallas-dwelling former Pearl Jam drummer who decided to openly beef with his old bandmates over the fact that he was not included as part of the band’s induction into the Rock and Roll Hall of Fame.

And what a journey it’s been. First, Abbruzzese, who drummed on the albums Vs. and Vitalogy and toured with the band through much of its prime, publicly bitched about his lack of inclusion, especially when the band’s current and initial drummers were inducted into the hall. Next, in an attempt to mend things, Pearl Jam public invited all five of the drummers from throughout the band’s history to join them at the induction ceremony. But, of course, that wasn’t enough for Abbruzzese, who claimed no one from the band personally invited him to the ceremony and that he deserved more than just some public saving of face given his contributions to the band. And so, when the band actually got inducted into the Rock Hall in April, Abbruzzese chose to stay home.

If you thought the drama was over with the ceremony now in the past, though, you thought wrong. This week, Pearl Jam guitarist Mike McCready continued fanning the controversy’s flames by acknowledging in a Sirius XM interview that, if he had his druthers, Abbruzzese would’ve been included in the band’s induction. You can hear McCready’s reasoning in the below clip:

It’s a nice gesture, but McCready’s “Hello, Dave!” comment toward the end of that 40-second clip sure makes it sound like he still hasn’t reached out to Abbruzzese despite of all this public back-and-forth, which is pretty lame if you ask us.

Not lame at all is this bit of news: Late last week, when former One Direction member and future Dunkirk star Harry Styles announced a 2018 world tour, he also announced that he’d tapped two North Texas natives to open for him — Golden’s own Kacey Musgraves and Fort Worth’s own Leon Bridges. The soul revivalist Bridges will join Styles for a five-city run through Central and South America in May and early June, while the country-singing Musgraves will open for Styles on the entirety of his run through the states, which just so happens to kick off right here in Dallas at the American Airlines Center on June 5. Tickets to that date go on sale right here, starting at 10 a.m. this Friday.

Speaking of Musgraves, she’s also linked up with another international pop star this week, showing her former tour mate and CMT’s Crossroads partner Katy Perry how to play her song “Follow Your Arrow” on an acoustic guitar. It’s a pretty neat and intimate clip, but the real juice here is that Musgraves is clearly #TeamKaty now given the fact that this latest collaboration comes in the wake of the latest developments in Perry’s ongoing (and perpetually hilarious) public spat with Musgrave’s fellow country darling, Taylor Swift.

As for Bridges, well, we already hyped up his other notable recent collaboration of late when we wrote about his upcoming birthday bash that’s being thrown by DJ Sober at the It’ll Do Club on July 7. It’s worth noting, though, that advance tickets to that event, of which a portion of the proceeds are being donated to charity, are all sold out. Still, the first 100 who line up at the venue on the day of the party for the chance to get in will still be able to do so for a $20 charge at the door.

Another upcoming summer event worth keeping tabs is the return of the Dallas-based tastemaking music blog Gorilla Vs. Bear‘s recurring showcases. After a year off, the event will return for its sixth installment on Saturday, August 12. When it does, it will do so in a new home at The Bomb Factory, and for the first time in the event’s history, it will be openly “co-curated” by one of the acts on the bill, with GvB having tapped the chillwave progenitor Washed Out for that honor. As of now, Washed Out is the only act confirmed for the bill, but the lineups for these things are genuinely stellar and not to be missed, so it’s worth noting that tickets are already on sale for $28 right here.

In other cool local collaboration news, the sometimes Fort Worth-based Snow Tha Product, who is no stranger to lending her vocal abilities to a promotional cause, recently dropped a new track in honor of the Dallas-set and -shot USA Network series Queen of the South‘s return to television. Just before that shows about the queenpin of an underground drug cartel kicked off its second season on June 8, Snow dropped the below video for a new song called “Run That” which honors that fact.

And it turns out she didn’t just do so because she’s a fan: At some point this season, Snow will also guest star on the show. Per Billboard, Snow will play Lil T, “a quick-minded gang leader who runs a drug trafficking operation through her gang members in prison.” Sounds dope, pun one million percent intended.

Speaking of North Texas women kicking butt on national television, check out this clip of Lindale’s own Miranda Lambert being a total boss while performing her new song “Pink Sunglasses” during last week’s week’s CMT Awards.

Sticking on the country music front, the Denton ex-pats in the Eli Young Band — which, it forever must be said, boasts no one named “Eli Young” — dropped a new video for their song “Never Land” this week. The song was premiered on Entertainment Tonight‘s website and is the first single off the band’s new album, Fingerprints, which will earn its release this Friday. The band will celebrate the release of that disc, its sixth studio effort and fourth since breaking out on a national level with 2008’s Jet Black & Jealous, with a homecoming gig at Billy Bob’s on July 1.

Landing a decidedly cooler publication to premiere his new video this week was Dallas pop singer to watch Boy Epic, about whom we’ve written a few times now. He got Playboy to debut his latest cinematic music video, this one for a new song called “Trust.” They called the clip, which Boy Epic directed himself as always, “sexy” — and, well, they should know.

Also with a new clip this week is Dallas rapper, T.Y.E, who we just can’t seem to stop fawning over. His latest video, just dropped today, pairs with the song “Eddie Murphy,” which pokes fun at the Oak Cliff native’s resemblance to the legendary comedian and features a number of visual cue meant to nod in the Beverly Hills Cop star’s direction. Notably, the song does not appear on the full-length album 32 that the rapper celebrated with a star-making performance at Club Dada this past weekend; rather, it comes from an earlier-released mixtape. It was, however, once again directed by T.Y.E’s close and frequent collaborator Dance Dailey, who remains one of our favorite young area videographers, especially in the rap game.

And, ending things off in this week’s news and notes column, we’ve decided to share with you the new music video for the Dallas alternative punk band The News Can Wait, a band that’s been around since 2005, but hasn’t released any new music since releasing three EPs in 2015. That’ll change next month when the band drops an new, five-song, self-titled EP on July 7 for Dallas’ Third String Records that features some sad-sack emo, a little angsty post-hardcore and a sampling of some clever post-rock touchstones. Anyway, here’s “Slime.” It opens the release.

Boy Epic cover photo by Estevan Oriol. Got a tip for White Noise? Email us!