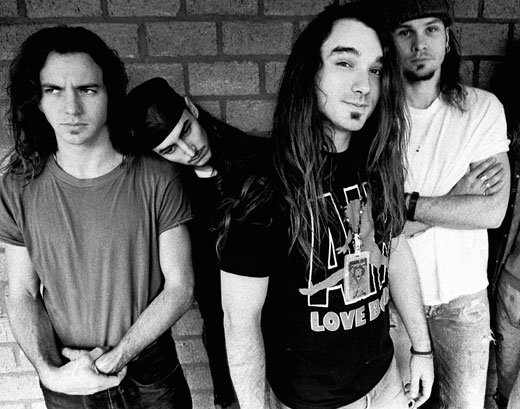 Leon Bridges Is Named InStyle‘s Man of Style, Dave Abbruzzese’s Got Beef With the Rock And Roll Hall of Fame and The Harmonica Man of Deep Ellum Gets His Stolen Harps Back.

We won’t harp on it too long here — because, hopefully, this isn’t the only Central Track column you read on the reg, and we’ve already covered the subject more extensively in a stand-alone post this morning — but the Dallas Observer eliminated its full-time music editor position today. Meaning? Jeff Gage‘s reign as Dallas proper’s last full-time music critic was fairly short-lived, ending exactly a week after it was determined that the The Dallas Morning News is nixing its similar position.

But if we can’t count on dedicated music coverage from the print pubs in this town, we can still find some consistency in Leon Bridges‘ always-on-point attire. He remains a full-time Dapper Dan, one that’s as lauded for his style as he his musical output. Just yesterday, the Grammy-nominated R&B singer was honored with InStyle‘s Man of Style award. To quote the publication’s coverage of its own event: “[Editor-in-Chief Laura] Brown returned to present Leon Bridges with the Man of Style award, who told us earlier in the night he never thought he would have that title. ‘It’s really an honor that InStyle would acknowledge my passion for staying fresh,’ he told us in his ’90s white Dolce & Gabbana suit. ‘I remember the time where I couldn’t even afford a suit, so the fact that I can stay consistent and be myself is an honor.’”

Similarly, Good Records found itself in the national eye when a professionally shot video of last year’s reunion of the original Alice Cooper band on the Lower Greenville shop’s vaunted Astro-turf stage appeared in Rolling Stone to promote an upcoming seven-inch from the band. Recorded at that in-store, a limited edition record of that day’s performances of “I’m Eighteen” and “Is It My Body” will earn its release as part of next month’s Black Friday Record Store Day.

In other Good Records news, the shop has teamed with Urbano Cafe, Jimmy’s Food Store and the Texas Ale Project to bring a concert/”major porch hang” to the garden behind Urbano (1410 N. Fitzhugh) on Sunday, October 30 from noon to 5 p.m. Performing that day will be local outfits Squarewheel, CLIFFFS and the live debut of Plandroid, the new side project of The Polyphonic Spree‘s Jason Garner and Nick Earl. Tickets are currently on sale here.

Also making national headlines this week was former Dr. Tongue/Course of Empire drummer Dave Abbruzzese, who was a bit bummed to learn he didn’t show up on the recent Rock and Roll Hall of Fame ballot along with the rest of his old Pearl Jam bandmates.

“If there is still a part of that band that remembers how hard we worked, how much blood and how much sweat… They will do the right thing,” he wrote on Facebook. “The members of Pearl jam have got to know what’s the right thing to do. They can’t justify ignoring my contributions. Like me or not.”

The Mesquite-raised Abbruzzese was Pearl Jam’s drummer from 1991 to 1994, joining the band prior to their Ten tour and playing on their second and third albums, Vs. and Vitalogy. But in the eyes of the Rock Hall, only original drummer Dave Krusen and current drummer Matt Cameron will go into the hall should the band get inducted. Fellow stickmen Jack Irons and Matt Chamberlain find themselves similarly shunned.

After learning that the band themselves have no control which of their members get included, Abbruzzese later clarified his comments, writing: “I am requesting that the media please refrain from attempting to make a negative story out of this. It is a drag that these ‘writers’ are taking Facebook comments out of context and using them to create a story that doesn’t exist. I am not slamming the Hall Of Fame or PEARL JAM. I understand that there may be some flaws inherent to the balloting process. I reacted emotionally, and my reaction was based on a lack of understanding. I have spoken to friends and peers and I am resolved to wait patiently to watch and see how it works out. I am not looking to ruffle any feathers. I am not angry with the Rock And Roll Hall Of Fame or PEARL JAM.”

Somebody else with right to be angry this week is Jack “The Harmonica Man of Deep Ellum” Gulledge, who was robbed of his car and 50 of his harmonicas on the way home from a gig last Monday night, reports CBS 11. Among other places, Jack can be found regularly on Sunday nights, playing along as the live contingent of his wife Karaoke Carmen‘s weekly gig. We’ve since learned that the thieves have been apprehended, and the car was found. Although the car was destroyed, the harps were able to be recovered.

Moving on, Pentatonix released its new Christmas album this past Friday, along with a video for one of the singles, an a capella cover of Leonard Cohen‘s “Hallelujah,” which is already closing in on 10 million views. View it below, before they return home for a headlining turn at the American Airlines Center on November 20.

In other video news, In Memory of Man has a new clip for its “Broke Down & Left for Dead” single, which we’re pleased to premiere below. Keep your eyes peeled for the drunk monkeys — the ones not in the band, we mean. Your next opportunity to catch the guys live is at this weekend’s Do For It Records Halloween show, although you probably won’t hear this song; rather, they’ll be doing some Clutch covers. Another new video this week comes from Mel of The Outfit, TX. The track really comes alive once Jacksonville Florida’s Mobsquad Nard gets going. The Dallas trio’s Green Lights Everythang Goin’ mixtape is available to stream in full here, and the video is, of course, below. Lastly this week, let’s point out that Los Angeles synth-poppy post punks Drab Majesty has a new record due out in January, and that, in the interim, the group’s released a single called “Cold Souls,” which features True Widow‘s Nicole Estill. The band will be in town to perform it live on November 22 at RBC.