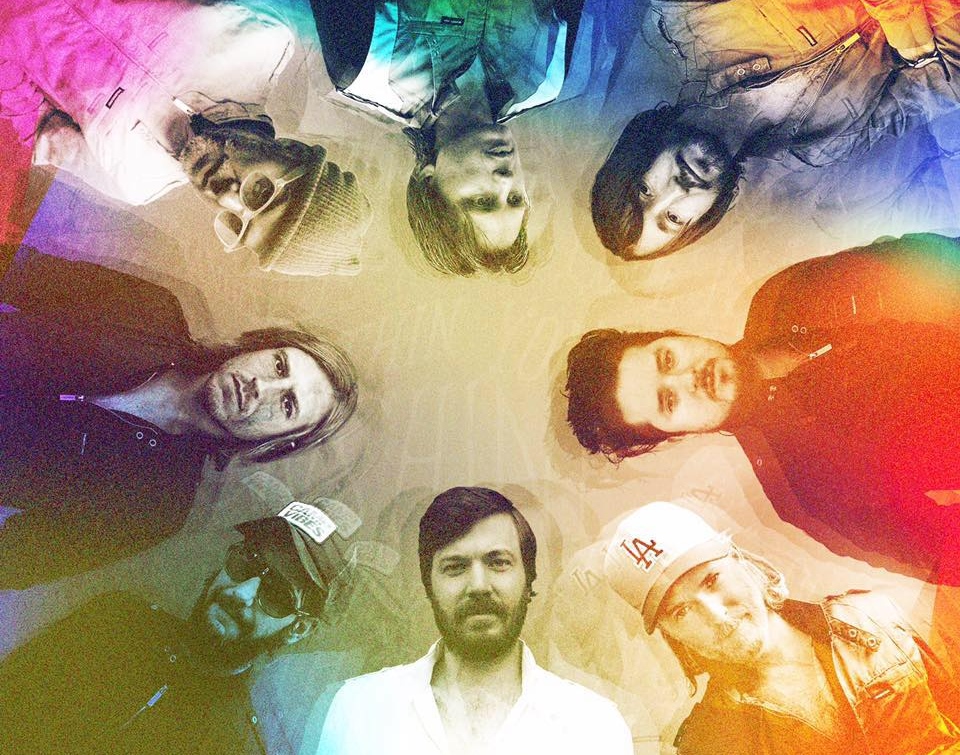 Yesterday, new indie rock “supergroup” BNQT released its first single, racking up 85,000 streams on Spotify and another 28,000 on Soundcloud in less than 24 hours.

The band’s been in the works for a while at this point — we first interviewed Pulido about the band in 2015, back when there were still vowels in its name! The concept, he told us back then, was to record not just one, but a series of albums that exist simply for the love of making music with friends, artists he admires and/or people he has shared the stage with — or, as he put it, just an excuse to get to know them better.

“It’s not your band, but it’s not my band either,” Pulido said of the project then. “To strip away the baggage in a more fun and innocent manner is what this is all about.”

That still seems to be the plan two years later. BNQT’s debut release will be called Volume 1, and will feature two songs written by each of the additional members when it earns its release on April 28.

Speaking of things that are a long time coming: House Harkonnen’s newest release was recorded a decade ago for Atlantic Records, then shelved by the major label not long before the band was abruptly dropped from its roster. Ten years later, Denton label Do For It Records was cleared to release the album digitally.

Still doing the major label thing, meanwhile, is Maren Morris, who was interviewed by Rolling Stone ahead of this year’s Grammys, where she’s up for four awards. Part of what’s made her successful, she says, is going against the bro country grain, and singing about drinking and hooking up from a female perspective.

“I feel like that’s what twenty-somethings are doing, and that’s what I’m doing,” Morris says. “It’s about being in that space where you’re not in high school anymore, but you don’t want to be a child bride. These days it’s OK to not immediately jump into those gigantic commitments. I touch on sex and being sort of the aggressor in the relationship. I feel like people have identified with that.”

Another lady-fronted band on the way up is Siamese, whose art-pop debut we’ve been eagerly awaiting for a while now — but not for much longer, it turns out. The Mesmerist, produced by Alex Bhore, celebrates its release at an ArtCon-related event at Texas Theatre on Saturday, March 4. For the performance, the band says it’s been working with choreographer Danielle Georgiou, whose “explorations in themes of gender and ritual bring an enigmatic reverence to the production.”

As long as the date books are open, here’s another show worth penciling in: Over at the Granada Theater on Friday, February 24, an all-star local lineup will join forces to cover George Harrison’s All Things Must Pass in full. Pulling off the feat will be a core band of Paul Averitt, Chad Stockslager, Chris Holt and Mike Richardson, plus several special guests, including Ginny Mac and Camille Cortinas, among others.

Moving on to the video front, the fast-rising Boy Epic announced his new Everyone’s Strange EP is set for release April 7 via Hollywood Records, a fact he’s promoting with a brand new video for his catchy enough “Kanye’s In My Head” single.

Meanwhile, Drakulas is hyping last year’s Raw Wave LP — and its current tour with Night Birds, which rolls through RBC on February 11 — with a new video of its own for single “Neon Town.”

Lastly, check this out: When Leon Bridges was asked to cover “The Star-Spangled Banner” for ESPN’s The Anthem Project, he decided the 244-year-old song was a little too square. As he explains in the below clip, he wanted to do it in 6/8 time to give it a little soul.