White Noise: Hand Drawn Wants to Fund Your Next Record. 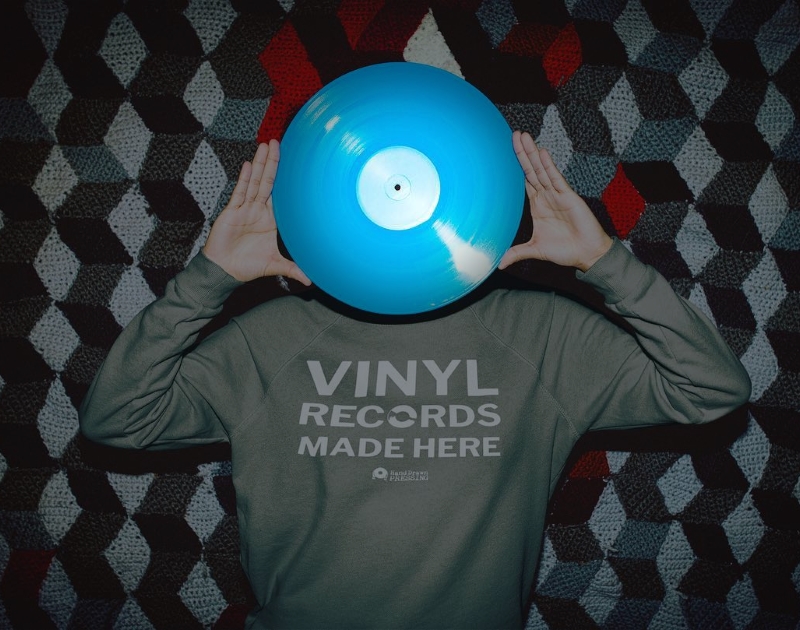 Hand Drawn Records Gets In On The Crowdfunding Game, Vinnie Paul’s Cause of Death Is Revealed, City Tavern Announces Its Farewell Parties & More.

Initially just one of a several dozen local record labels, and later the innovators behind the world’s most high-tech vinyl pressing plant, Hand Drawn Records has further diversified its portfolio of late. These days, the Addison-based company is pushing yet another way to help local artists get their music permanently affixed to playable wax discs.

With the launch of a crowd-funding site called Line-In, the company will not only print your vinyl records but help get your friends and fans to foot the bill. As with similar sites — Kickstarter, etc. — fans only have to pay once a project is fully funded. What separates this site from the copious other options in this real, though, is that these guys will help you in tracking and shipping out all those pre-orders and other items, which can certainly be a huge pain. Other advantages over other crowdfunding sites, says Hand Drawn’s owners, are a human element that help guide users through the setup process, and the fact that the funding campaigns can be converted into online merch stores once they initially end. For these conveniences, however, artists will have to include an additional $99 setup fee into their vinyl orders.

Pressing on, the Clark County coroner has officially released a cause of death for Vinnie Paul, who passed suddenly in June. Seems the former Pantera drummer died of natural causes — a dilated cardiomyopathy (enlarged heart), specifically, with a coronary artery disease identified as a significant condition to the cause. Coronary artery disease, you may recall, was also a player in the on-stage death of Rigor Mortis guitarist Mike Scaccia back in 2012. If caught early, the disease doesn’t have to be fatal. So it’s worth noting that older rockers can get their hearts screened at Baylor for, like, $80. Of course, that’s not a problem that only older musicians should start worrying about. Per the Mayo Clinic, that while cardiomyopathy’s causes aren’t 100 percent known, things like alcohol and cocaine abuse can be contributing factors.

Speaking of drugs, some dope claiming he supplied Demi Lovato with the drugs that caused her recent overdose went on TMZ for over three minutes, confessing to various crimes on camera.

But criminals aren’t always the smartest people. Take the one(s) responsible for recently lifting a dozen vintage guitars from Fort Worth’s Zoo Music. Just using logic here, but the more of these one-of-a-kind items you steal at once, the more likely you are to get caught, no?

Yes, theft’s indeed been plaguing the local music scene of late. Another victim was Joel Salazar, who had 200 records swiped while loading out of a DJ gig at The Common Table last week. To make things right, the spot’s owners have given Joel a gift certificate to Josey Records and launched a crowdfunding campaign to help him rebuild his collection.

An even bigger loss is the one that’s been mounting over at The Free Man. Initially slated to open its long-in-the-works expansion project this month, the project has been repeatedly delayed due to red tape from the city regarding a water connection. Owner John Jay Myers detailed his months-long struggle dealing with the city to the Dallas Observer, which he tells he’s now down $1.2 million. If the project opens next month, he says, it’ll start $500 grand in debt.

Down the street, City Tavern is holding its last weekend of shows before it relocates to a new building a few blocks away, where it won’t focus so much on live music beyond the occasional acoustic gig. Playing the last hurrahs will be Ricki Derek on Thursday; Taylor Young, Greg Schroeder and Cousin Wes on Friday; Mur, RTB2 and Goodnight Ned on Saturday; and Madison King, Boys Named Sue and Schroeder again on Sunday. An all-drinks-must-go party commences on Monday.

The following weekend, Champ Fest will see 30 loud and fast local bands sharing a house party bill in Oak Cliff on September 8. For the address, hit up From Parts Unknown, Sub-Sahara, Sunbuzzed, Thyroids or one of the many others slated to play.

Moving on, Dallas rapper Rikki Blu headed to “Sway in the Morning” this week to drop a well-received freestyle on the SiriusXM-listening public. Watch the Pleasant Grove native doing his hometown proud in the below, just-posted clip of his appearance. If nothing else, it’s clear from the clip that Sway himself is picking up what Rikki is putting down.

Moving on, a second volume of Midlake & Friends’ BNQT albums is currently in the works. Some of the lot of rotating famous frontmen this time around include John Paul White from Civil Wars, Shakey Graves, John Grant, Rayland Baxter and “a couple yet to be named.” Early guesses for those last few slots from this writer include Paul Cauthen and Colin Hay.

Also in the works is a new solo project from The O’s member Taylor Young. Toby Pipes and Josh Hoover join in the effort, which is currently seeing its first recorded single being mastered. Look for that in a future Songs of the Week column. As for the other half of The O’s? Well, John Pedigo, you might recall, released his own solo debut, Pedigo’s Magic Pilsner, back in March.

Finally, we’ll leave things off off with a handful of new music videos.

First up, check out this debut from new collective Dalluminiati. The all-seeing eye super-group is made up of DQ Hampton, Flower Child and OG MUUZYK.

Also worthy of being on your radar is this new one from UNITYTX, which is still trying to make rap-rock happen.

Then there’s the new German Torres-directed clip for Alsace Carcione’s “Born Legend.” As the rapper explains in the song, the track is about losing her mother and grandmother in a three-week span last year, and the difficulties that come with being dealt such a tough hand. As she rhymes, “greatness comes with struggle.”

Finally, the self-aware thirst trap Tay Money just dropped a new one called “You Can’t Do Me.” Like her last video, which racked up over a million views after World Star posted it, this clip was shot by Dance Dailey. It also features a cameo from Guitar Emoji.

Cover photo via Instagram. Got a tip for White Noise? Email us!