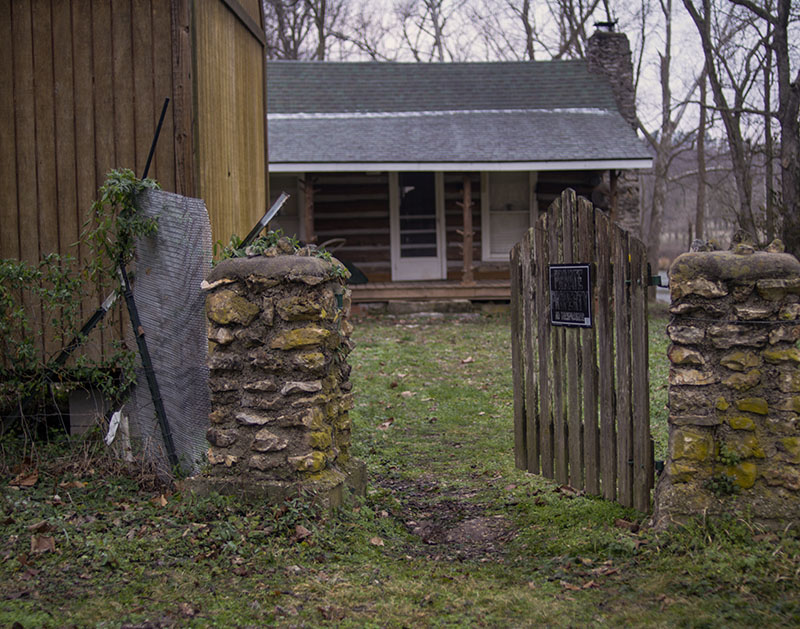 A Group Of Denton Musicians Will Travel To Secluded Cabins In The Missouri Ozarks For Three Days To Record A Limited Edition Album.

It won’t be college life or broken hearts that will serve as inspiration for the 20 Denton musicians heading to the Ozarks later this month.

Instead it’ll be the sounds of rushing waters and green foliage and crisp air in Noel, Missouri that will move the Elk River Sessions music collective to write and record an album to raise funds for the medical expenses of long-time Denton resident Traci Batson, who was diagnosed with Multiple Sclerosis in the summer of 2015.

“Having a support system like this has saved me in more ways than just financially,” Batson says. “They have helped me keep my head in a better place.”

The list of musicians heading to the secluded cabins in the Ozarks includes Claire Morales, Bailey Chapman of Pearl Earl, Peter Salisbury of Baptist Generals and Eric Nichelson and McKenzie Smith of Midlake — just to name a few.

When they depart on August 24, they’ll be joined by about 30 other  people, including a Denton Film Company crew that will produce a documentary about the collective endeavor under local director Lance Martin.

Batson was approached by East Side bartender Aaron “Catfish” Anttila that summer of 2015 about a music recording project that could be used to raise medical funds on her behalf.

For three years Anttila had kept a handwritten list of Denton musicians in his wallet. And over time, the sheet of paper crumpled and dirtied, but Antilla’s desire to see this list of artists form a Denton supergroup never waned.

It was through his involvement with Denton non-profit Friends With Benefits that this project was organized.

“When I joined up with Chuck Crosswhite [Denton Rock Lottery organizer] and others that’s when it became real,” Anttila says.

Crosswhite signed on being no stranger to putting on events of this nature as he has been a long-time organizer of the Rock Lottery fundraising events.

“I love how our hometown and community is rallying around a person who needs help,” Crosswhite says. “Denton is literally banding together to help someone.”

Thin Line Fest booking director Bryan Denny will serve as a type of on-site coordinator for the artists. Audio recording and mastering duties will be shared between Michael Briggs of Civil Recording Studios and McKenzie Smith who co-owns Redwood Studio. Local bar entrepreneur John Williams will also take home a producing credit on the project.

But despite all those involved being familiar with one another, there will be no going back to the cabins after a day of writing songs or going out for a bout of crazy partying. It’ll be a secluded experience where the focus will be on creating music in the midst of nature.

On day one, musicians will be split into three different groups with a rehearsal room prepped for each group. There is a fourth room reserved for recording when they feel their newly created songs are ready. The second and third day will have freeform mixing and matching of musical partners.

After recording is completed, there will be three shows featuring the Elk River Sessions artists. The first will be September 17 at Dan’s Silverleaf. A vinyl release of only 500 records is planned for the second show October 29 at Eastside. Proceeds from record sales will benefit Batson.

For the trifecta, the final show will be part of Thin Line Fest next spring following the premiere of a feature length documentary detailing the experience as well as the history of the cabin that’s been in Anttila’s family since the ’70s.

Batson and her husband Michael Batson will accompany the musical collective and will even take part during the recording process.

But even though though they’ll be in the Ozarks far away from Denton, she says it’s the college town’s charitable nature that will guide the creativity of the artists.

“I am so humbled and overwhelmed with the amount of support my husband and I have received here,” Batson says. “My heart is constantly overflowing and I don’t think I will ever be able to show my gratitude enough.”

Correction: An earlier version of this story indicated that Joey McClellan would take part in the Elk River Sessions, but we have since learned that Eric Nichelson of Midlake will take part instead of McClellan. The story has been updated to reflect this information accurately.