What’s It Like Being In A Super Bowl Ad? 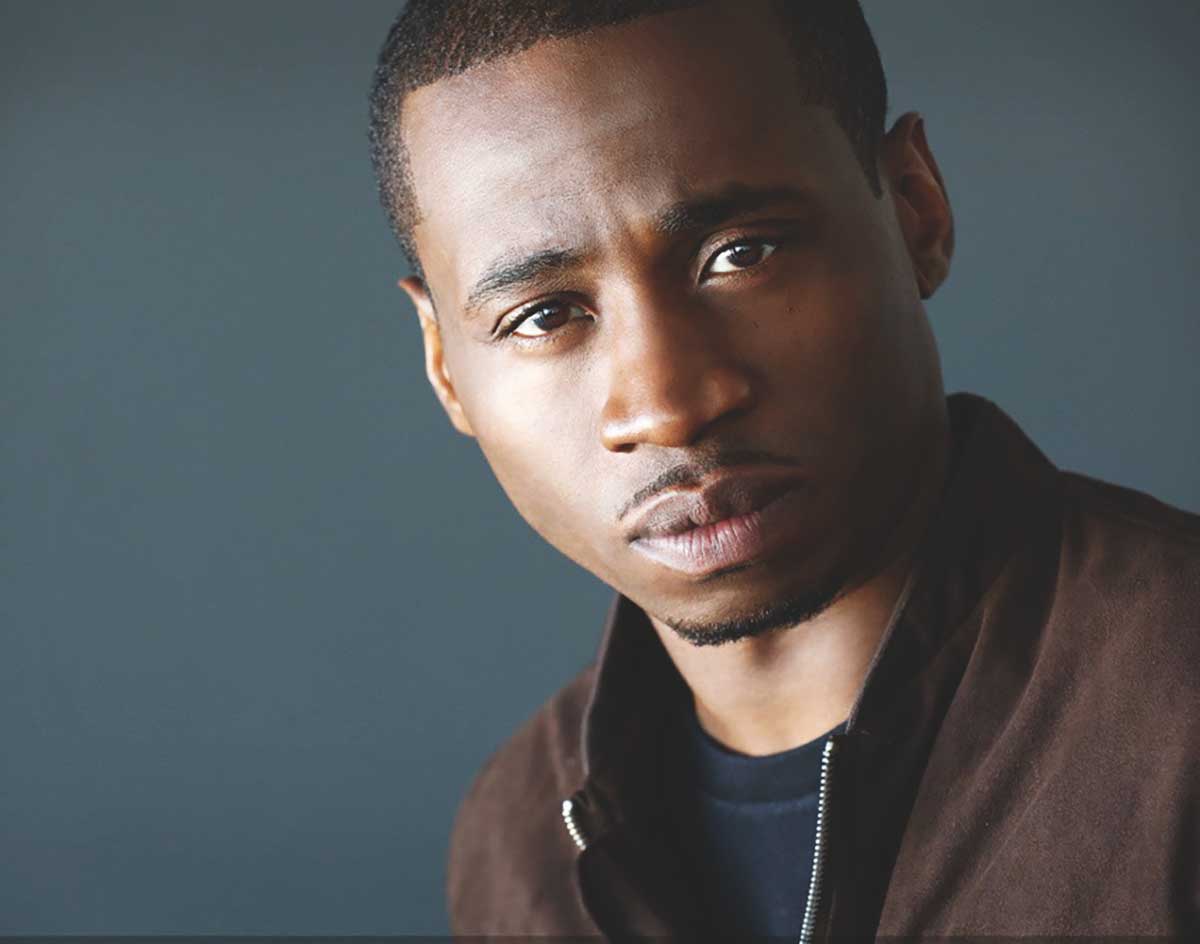 For an up-and-coming actor, landing a role in a Super Bowl commercial can be every bit as life-changing as winning the big game itself can be for the players on the field.

Even though the event’s ratings have been on the decline in recent years, 98 million viewers is nothing to sneeze at — and that level of exposure can lead to even greater career opportunities. Consider some of the big-name performers who got their big break appearing in a Super Bowl ad — a roster that includes the likes of Farrah Fawcett and Will & Grace‘s Sean Hayes.

One actor hoping to use a Super Bowl ad appearance as a career launching pad this year is the North Texas native Calvin Peters, who’ll appear in a Verizon ad running during Super Bowl LIV — one helmed by Friday Night Lights director Peter Berg.

The spot is a continuation of Berg’s high-profile campaign from last year, in which NFL players shared stories about their lives being saved by first responders. In this year’s ad, Peters will portray a doctor — a role that he’s more than qualified to take on.

Peters went to medical school at UT Southwestern, and then ran a medical practice in Fort Worth before moving his office to Los Angeles four years ago so he could also follow his acting dreams. Since then, he’s racked up several impressive credits, from roles on FX’s Snowfall and FOX’s 9-1-1 to serenading the likes of Mariah Carey on American Idol.

In advance of the ad’s premiere, we caught up with Peters to talk about what it’s like being on the set of a Super Bowl commercial, how he got his acting start in Dallas and how his medical career intersects with his acting dreams.

What’s your medical specialty?
The name of my specialty is physical medicine and rehabilitation. It kind of deals with people with spinal cord injury, brain injury — people that had really catastrophic events that made them physically debilitated. Generally, they have to come and spend some time in an acute inpatient rehab unit, where they have to learn to walk or talk and eat — and we have to monitor those kinds of things. So, that’s what I do. It’s not a very big specialty like cardiology or something like that. One, because the cases are so sad, a lot of people don’t go into it. And two, it’s such a specialized area. You have high blood pressure everywhere — but you don’t get your arm chopped off by a helicopter blade every day, y’know?

What led you into entering that field. Did you always want to be a doctor? Or did you have dreams of being an actor, too? What were your career goals growing up?
Growing up, I was always going to be a doctor. I always did really well in school. But I was also always an actor as well. At seven or eight, I would do a lot of stage plays and stuff like that. Even all throughout medical school and college, I was still in plays, I was singing. I was still doing that even though I was still doing my biology, organic chemistry and all that kind of stuff.

Was that in Fort Worth?
Yeah, that was in Fort Worth, which is where I went to high school. I went away to college in Virginia, and I came back to UT Southwestern in Dallas for all of my medical training.

When did you move your practice to Los Angeles?
About four years ago. After I finished my residency training, I knew I had to come and get my acting career going as well — and I had to move here to get that done. I did it, and now my practice is going very well, and now I’m involved in more and more projects on an acting and entertainment perspective. So that’s been really fortunate, to be able to do what I love to do.

How did you land this Super Bowl commercial?
I have a commercial agent, and Verizon is doing a first responders sort of deal right now, where they’re honoring anybody who’s a first responder. They wanted me to play a surgeon, so my agent hit me up and said “Hey, they want somebody who’s in the union — who’s SAG — to do this commercial, so check this out.”

Did they know that you were also a doctor in real life?
Yeah, and I think that was part of the casting. They really wanted to have a real doctor, so I was selected. I don’t look like your traditional doctor, y’know; they wanted diversity, and I kind of checked those boxes. So they were really impressed. I get more “Oh, are you an actor?” than I get “Oh, are you a doctor?” out in regular life.

When you got the gig, did they say specifically that it was going to be for the Super Bowl, or did they keep that until later?
They keep all that stuff under wraps — but, then, once you start getting it, they let you know “Oh yeah, this is gonna be a Super Bowl ad.” But because they had cast Peter Berg — they attached the Emmy Award-winning director to it! — we knew it’s that kind of high-stakes stuff. For the Super Bowl and things like that, they’re gonna have the bank.

What was your on-set experience like?
It was great! I’ve been on several television shows, so it’s pretty similar. You show up, you go to your trailer, you go by hair and makeup, you spend time with the director to kind of get the vibes right. You work with all the other actors — although, in this case, no one was an actor except for me. I was an actor, but everyone else was a doctor. You chat and you kind of network, and just take in the experience. It’s really important that you get the story. It basically highlights the lives and helping first responders deliver immediate care to people. You kind of get into that vibe, and that’s what they want, that’s what the story is about. Everybody kind of jumps on board to deliver the best creative piece.

When you found out it was for the Super Bowl, did you tell everyone you knew right away or did you play it cool?
You get excited about these roles, and you get excited about each project — but it’s not like a thing where I tell everybody because I don’t think I’ll get another one, or like it’s novel and new. It’s my career, man. I kinda do this, y’know? [Laughs.] Of course I’m excited — you’re out of your brain for any opportunity. But I’ve been kinda playing it cool. I don’t wanna be like “Oh guys, I’m in a Super Bowl commercial!” They’ll see it! [Laughs.]

Yeah, the Super Bowl is one of the last things that pretty much everybody watches — so that will definitely be a lot of exposure. I imagine you’re hoping this can be a jump-off point for your career.
Yeah, absolutely. I would like to be a film and TV star, so I hope to get to a place where I have regular roles on shows throughout the years, and I also  hope to be in major studio films. I’ll just say: You’d be surprised, man. I did Snowfall last year, and a lot of people watched that — your friends and family and people you don’t even know, they go crazy when they see you on screen. People see that, and they’re super excited. But I also think, at the end of the day, with in any career that you’re in, you just hope to grow. You hope to meet great people, form great relationships, do your thing, let your talents grow and kind of let your work speak for itself.

How does being an aspiring actor in Dallas compare to being a working actor in L.A.?
There are a lot of actors in Dallas! I got my first agent in Dallas — and I did an AT&T commercial, I did a Pie Five Pizza commercial. So I did a lot of commercials and I got started — but it just wasn’t enough work in Dallas. In Dallas, you have to hustle. You have to go drive to Austin for an audition, so you drive three or four hours just for 15 minutes of an opportunity. You go to Oklahoma City for an audition in the middle of the day, driving there for four hours and four hours back, spending 15 minutes on something you may not get. But you’re so thirsty for an opportunity. There were not a lot of student films. Student films were a great way for me to learn before I got an agent and a manager. The comparison to L.A. is… not really a big comparison. [Laughs.] The industry is housed here, y’know? There are just numerous amounts of opportunities; there’s writers and directors in every coffee shop, and always a connection to be made. In Dallas, entertainment is not the dominating industry. But Dallas was definitely my stepping stone; they started to teach me how to audition, how to manage having representation and how to communicate with them, how to actually go on a set, how to get started. And I started my first official acting training in Dallas. While L.A. has been more enriching, I’m very thankful for that start I got in Dallas.

Is it harder to be an actor or a doctor?
They don’t compare, unfortunately. Being a doctor is very real. There are peoples’ lives in your hand. I can’t compare a career where we just play make-believe all day with something that’s very real, y’know? In the sense of what was more difficult? Well, it’s difficult to read books for days and hours on end and make choices that affect peoples’ lives. I don’t think it can compare to that, but acting has a certain sensibility to it, too. There’s a certain self-awareness, there’s a big networking piece, there’s a social piece, a social media piece, and there’s a big psychology component in acting as well. And physicality, too. Getting to know yourself — there’s a vulnerability there. I don’t want to take away from acting, either. They’re very different, but both have their rewards and challenges and pitfalls. It’s tough to compare the two. I think the doctor part feeds my left brain, and the acting piece definitely feeds my right brain.

And they kind of blended harmoniously in this commercial. You get to play, essentially, what you are.
Yes!

Will you be rooting for either team in the game that surrounds your commercial?
I’m a Cowboys fan, so it’s hard for me to ever think about the 49ers. [Laughs.] It’s hard — it’s a principle thing. We hate the 49ers! My daddy used to park me in front of the TV for football games, and a Cowboys game is like a holiday in a Texas household. I have enjoyed seeing LeBron do his thing with the Lakers, and I’ve been to a couple Rams games — but I’m a Cowboys fan, and that’s not changing.