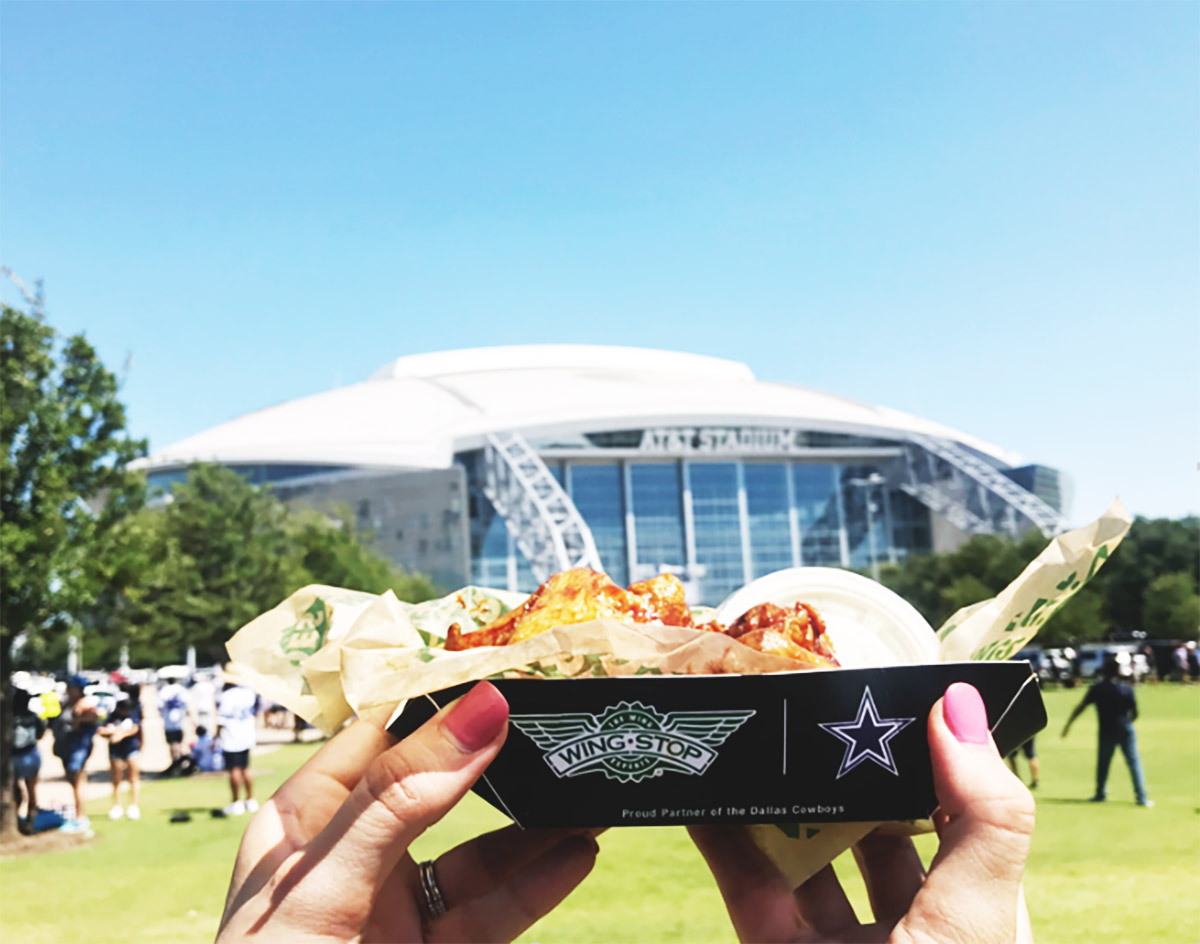 The Garland-Founded Chicken Wing Chain’s Promotional Flavor Dedicated To The Dallas Cowboys Could Theoretically Taste Like Any Number Of Things, Really!

Against all odds, the National Football League is going ahead with its 2020-2021 season amidst the ongoing pandemic. Perhaps even more surprising, the Dallas Cowboys even plan on hosting fans at their home contests at AT&T Stadium all season long.

If you’re anything like I am, though, you’re more than happy to keep track of your fantasy football team from the comfort of your own couch. Plus, you’re also probably stoked to have an excuse to order some chicken wings delivered to your domicile each week — and with only marginally less judgment from your housemates than usual because, y’know… football!

For me, wings are as big a part of the football viewing ritual as tall, frosty beverages are. Many apologies to the other many acclaimed wing providers out there, but I’m almost exclusively a Wingstop guy.

That’s almost certainly no accident given the company’s marking aim. Initially founded in 1994 in the Dallas suburb of Garland by the same couple behind Pizza Patron, Wingstop — much like its competitors — has long done all it can to align itself with the football-viewing experience, and particularly so with Cowboys fans. For a long time there, legendary Cowboys quarterback Troy Aikman was the brand’s official spokesman. Later, in 2009, Wingstop brokered a deal to become “the official wings of the Dallas Cowboys.”

But, just last year, the Wingstop-Cowboys partnership shifted some. At the top of the 2019 NFL season, Wingstop announced the release of a new Dallas Cowboys-flavored wing, which they naturally called the “official flavor of the Dallas Cowboys.”

If you had to guess: What would you say a Dallas Cowboys-flavored chicken wing might taste like?

There are so many possibilities, right? Our initial thoughts upon learning of its creation:

Turns out, it’s none of the above. It’s just lemon pepper dry rub smothered in original hot sauce — a flavor “hack” Wingstop has been independently marketing to consumers for at least five years now.

Y’know what, though? The flavor’s actually super good!

That’s a pretty remarkable feat in my simple mind.

But, again, I shouldn’t be surprised. Truth is, unlike a certain other local franchises reference in this very article, Wingstop rarely disappoints.

Honestly, the only way they could improve upon their Dallas Cowboys flavor is if they sold eight of these wings for $8 as part of an “8-and-8” promotional deal. Granted, something tells us the Cowboys brass up in Frisco won’t go for that.

So, in the meantime, I guess I’ll just enjoy these wings for what they are — a guarantee that I’ll at least get some joy out of my regular Sunday football-viewing experience this year.