So…What’s Going On With Jerry Jones? 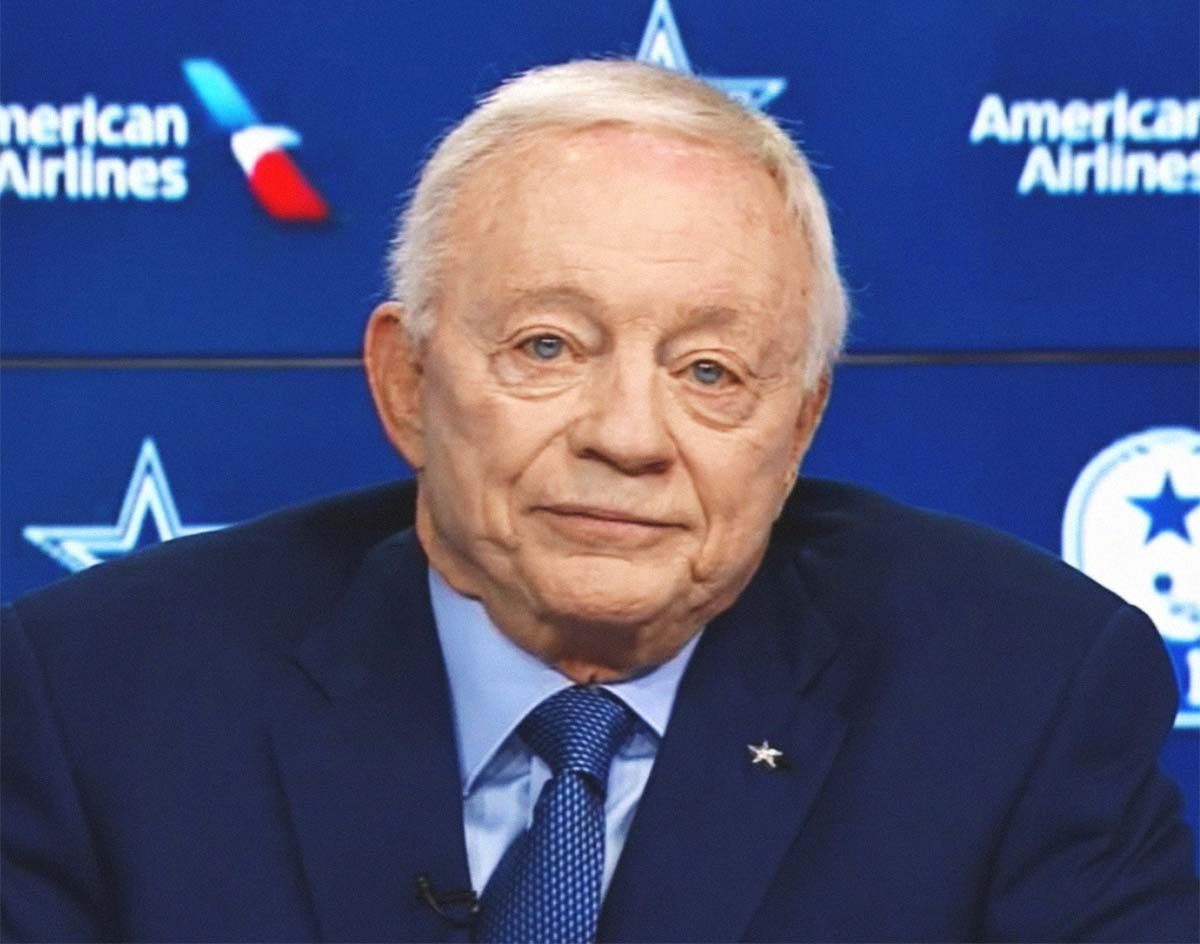 Cowboy’s Owner Jerry Jones Is Being Sued By A Woman Who’s Claiming He’s Her Biological Father. The Hearing Was Supposed To Be Today.

Jerry Jones, who historically, has not been a great dude, is in some Maury-esque hot water, facing a lawsuit by a woman who claims he is her biological father.

Alexandra Davis, 25, claims that Jones paid her mother, Cynthia Jones, hundreds of thousands of dollars to keep the alleged truth under wraps, but now in her adulthood, wants the truth to come out, saying that she isn’t legally bound to the agreement. Davis and her mother were featured in Big Rich Texas, a reality show following rich mother-daughter duos in the Dallas-Fort Worth metroplex. It was said in the series that Cynthia was living off a “trust fund.” Not exactly proof, but it’s a little fishy.

The lawsuit, which was filed on March 3, has been sealed, a motion agreed upon by both sides. The suit was planned to be remained sealed until the hearing today, March 31, but it was cancelled. Despite the cancellation, the lawsuit still became unsealed after Jones’ lawyers withdrew the request to seal them.

Let’s go back to the beginning.

Ahead of the curve, Dallas Morning News reported that it accessed the court documents before they were sealed. Documents detailed that Cynthia, separated but not divorced from her husband, met Jones while working an airport ticket counter in Little Rock, Arkansas and they began a relationship for an unspecified amount of time. Cynthia divorced from her husband shortly after Alexandra was born in 1996 and genetic testing determined that he was not her father. Cynthia then told Jones that he was the actual father, but no paternal test was taken. Plus, he claimed he couldn’t have children. Despite this, they negotiated money for silence.

“Alexandra Davis was to receive ‘certain monthly, annual and special funding’ from the trusts until she turned 21, and yearly lump sums when she turned 24, 26 and 28,” DMN says.

The lawsuit states that while Cynthia and Jones have been in contact, he has never met Alexandra. It also mentioned that her mother is facing health issues, leading to speculation that this is the reason why she’s coming out with it now.

On March 28, Jones’ lawyers asked the judge to dismiss the lawsuit, saying that it was filed when the Cowboys were facing “monetary extortion attempts,” believing this to be one of them. According to Jones’ lawyer Don Jack and ESPN, Jones has given over 2 million dollars worth of “child support” (a term he used despite not claiming Alexandra as his child) to her over the years, including monthly payments, SMU tuition and a Range Rover.

Jack also claimed that, in a personal letter, Alexandra offered a deal with Jones to “assure that he would not be publicly or privately identified” as her father, asking for $20 million because she felt dissatisfied with what she had received. Jones declined. And when asked for proof or a date of this letter, lawyers could not provide such. Alexandra’s team denies this extortion.

Her lawyers, Andrew A. Bergman and Jay K. Gray, released a statement to ESPN on March 30, saying that Jones “has shunned and consequently traumatized” her and that she is not motivated by money, but wants to be legally acknowledged as his daughter.

“After years of anguish, embarrassment, feelings of abandonment, and now faced with a potentially fatal illness to her mother, Alexandra wants to be legally acknowledged,” Bergman and Gray wrote to ESPN. “She merely wants to have her father listed on her birth certificate and be free from hiding who she is.”

Jones has yet to publicly and clearly deny that he his the father, only commenting that it is a “personal issue” during a conference at the NFL owners meetings in Palm Beach, Florida. In the lawyers statement, they challenge him to publicly deny it. But with today’s scheduled hearing cancelled for reasons still unknown to us, it seems that Jones is continuing to beat around the bush.

We don’t know when Jones and his lawyers will return to court.