Dallastrology: Will Aquarius SZN Be As Devastating As The Playoffs? 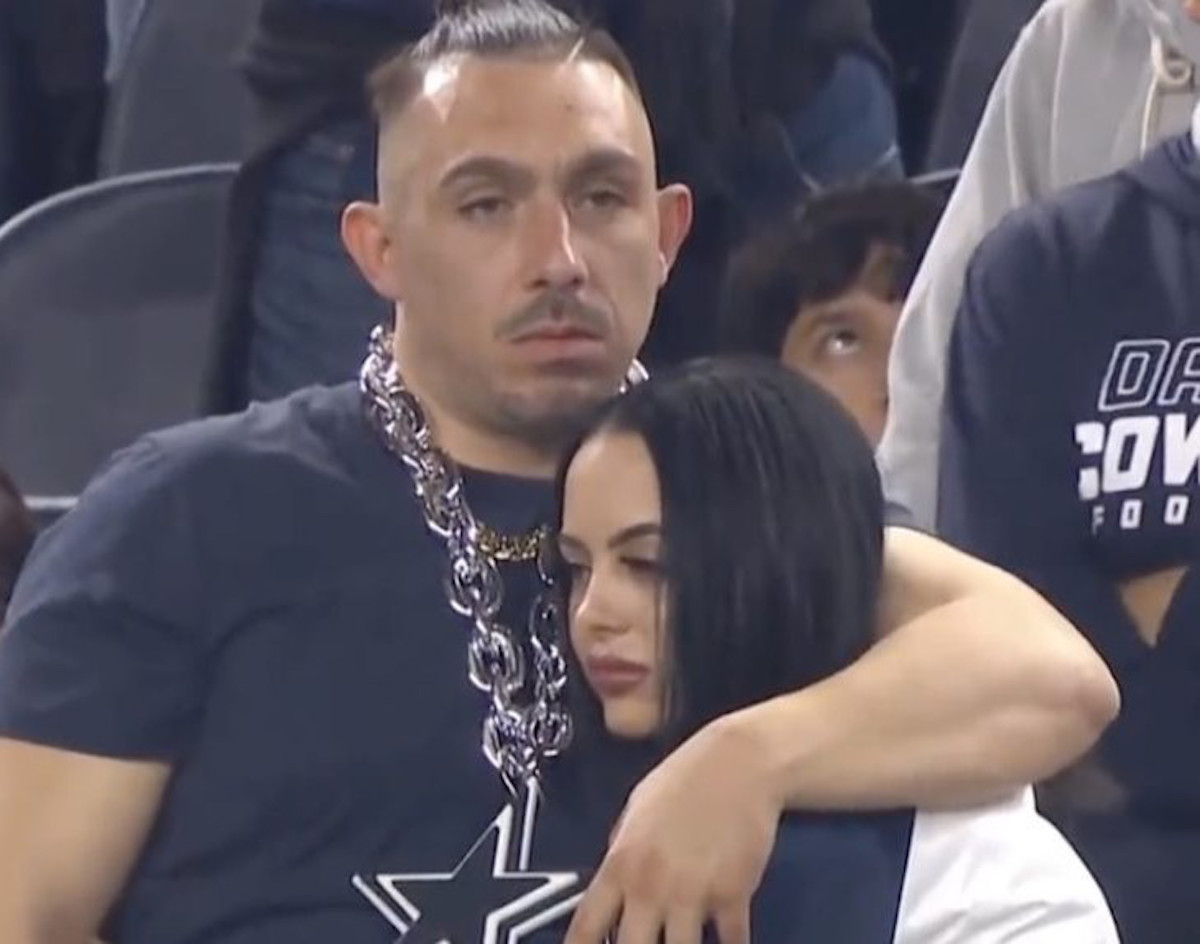 That Disappointing Cowboys Loss Birthed A Lot Of Good Memes. In The Spirit Of Finding  Humor In Tragedy, Let’s Take A Look At What’s Comforting The Signs.

It’s always “How bout’ them Cowboys,” never “how are the Cowboys doing?” Someone check on the emotional wellbeing of these men, please.

This past Sunday was the playoff game against the 49ers and it doesn’t take football fan to know it ended badly. Fans were convinced it was their year, but with damning penalties and inconsistent play from Dak Prescott — alas, it was not. The disappointing end of the season did some psychic damage to fans. Granted, disappointment is not an unknown feeling for them, but this game really seemed break the camel’s back.

Tears were shed and trash was thrown. But most importantly, distressed fans were turned into memes. Yes, you can always count on Twitter to rub salt in wounds.

We have this poor crying woman, whose premature tears truly did get the internet feasting.

A new icon, whose bitter and unimpressed mood blew up online and was met with users who related super hard.

Not a meme but let’s not forget the terrifying video of fans storming AT&T Stadium like it’s Normandy. Miss Omicron would like a word.

AT&T Stadium doors have opened for Cowboys vs. 49ers pic.twitter.com/OtewlvaL82

Finally, we have this tragic and all-too-real image of a couple consoling each other which was snapped from the broadcast — and it’s our vessel for this month’s Dallastrology. It has a very solemn “we’re going down but we’re going down together” vibe, so let’s see what’s sticking to the sides of the signs in the darkest of days this Aquarius SZN, shall we? 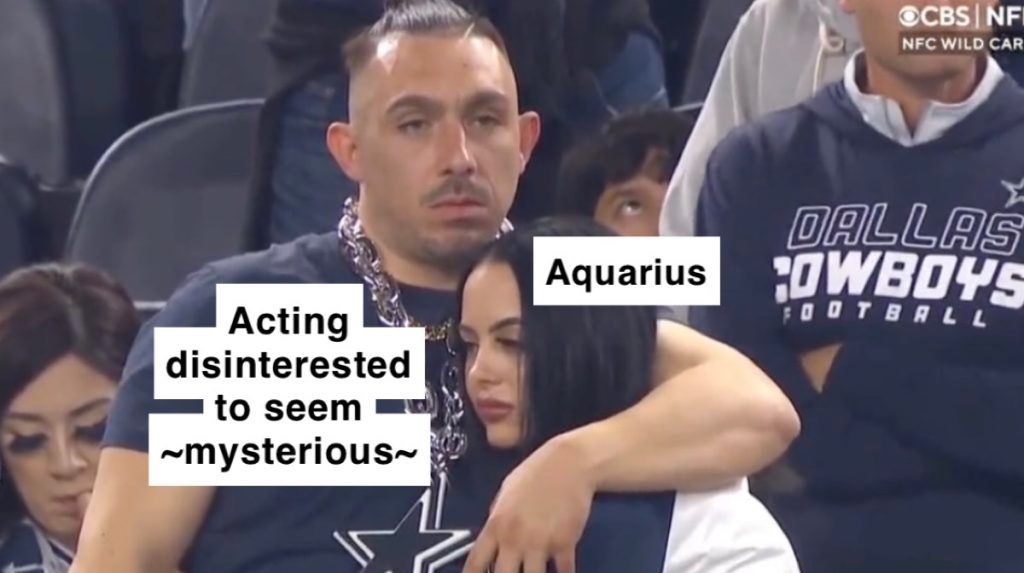 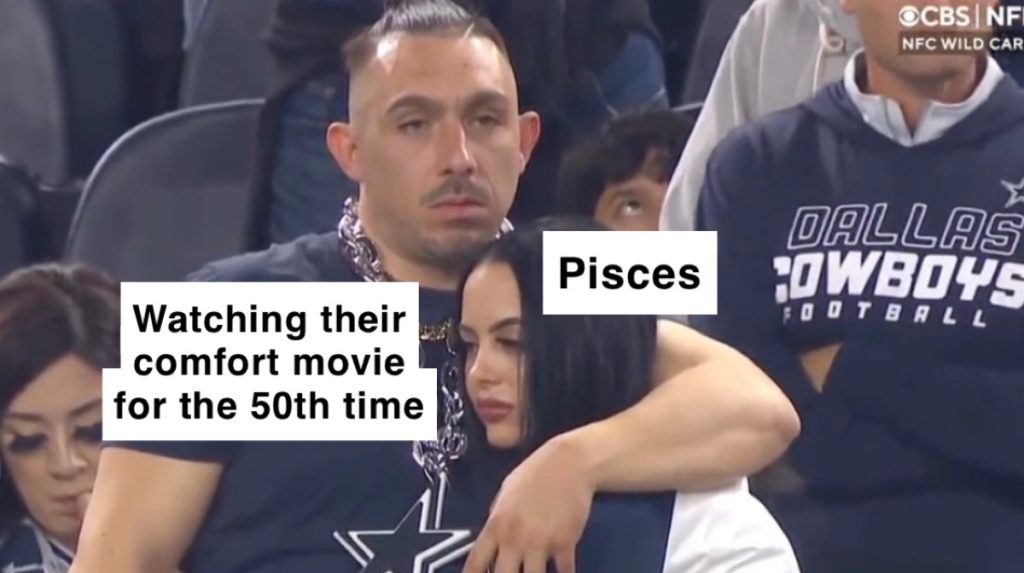 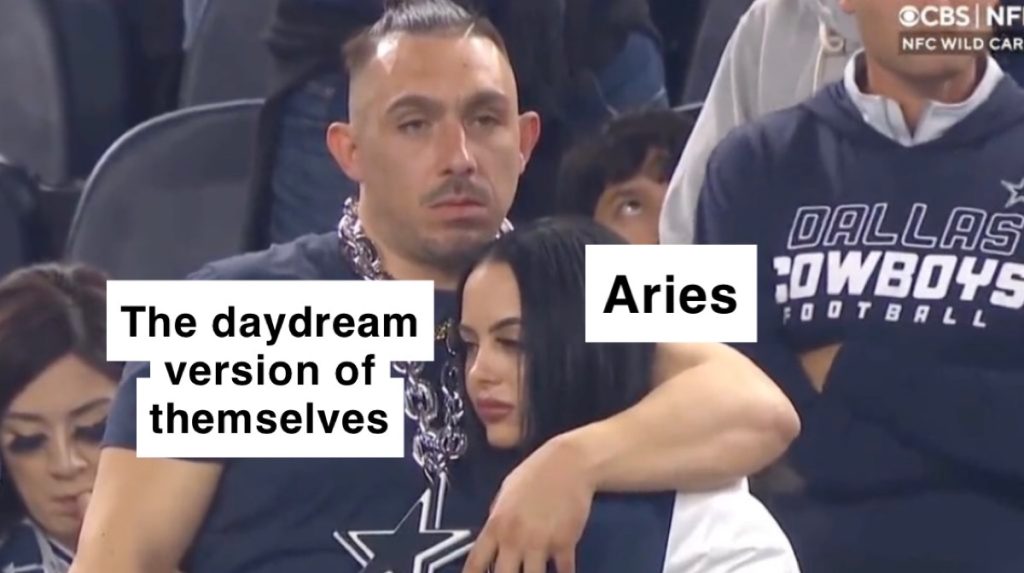 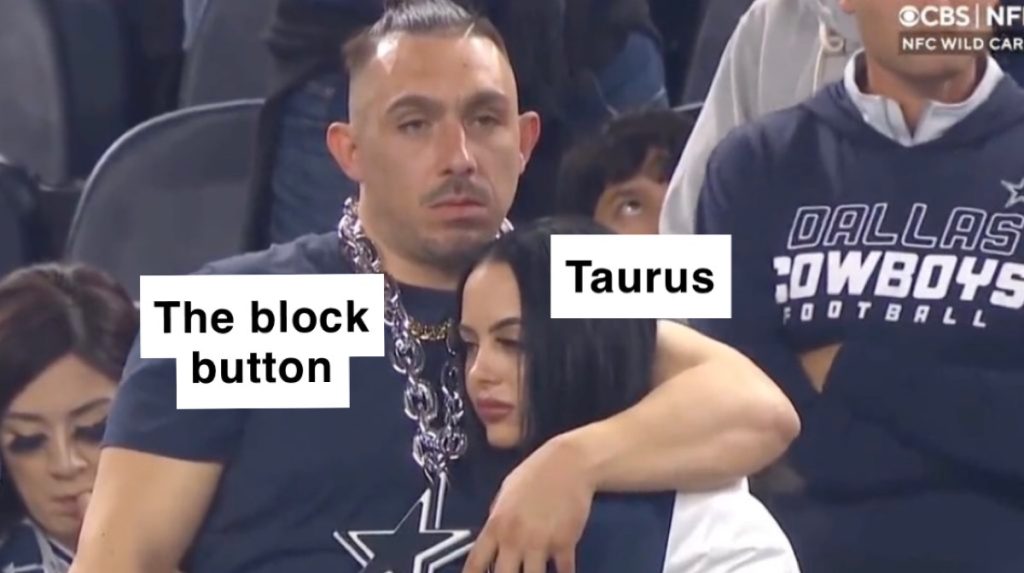 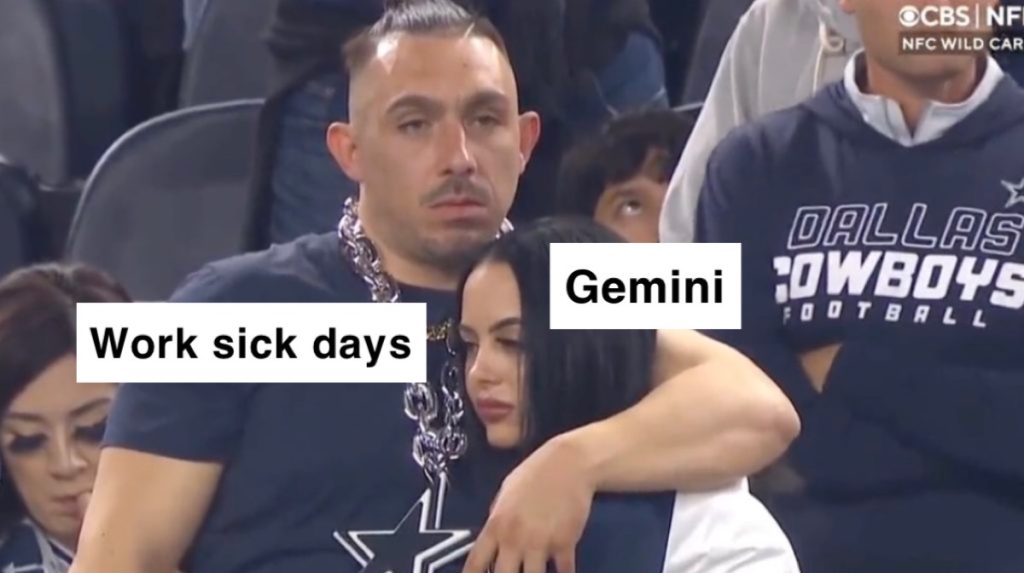 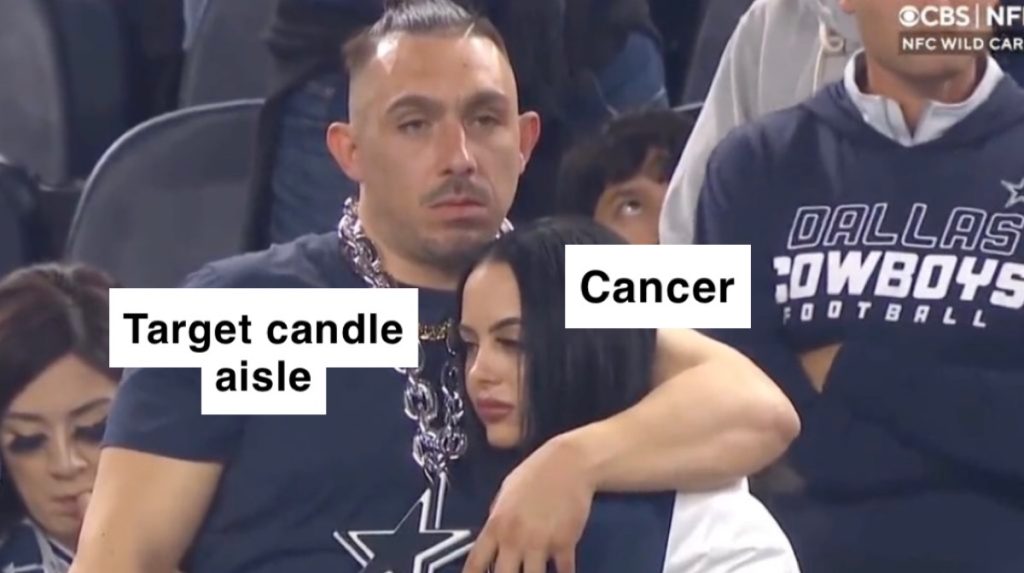 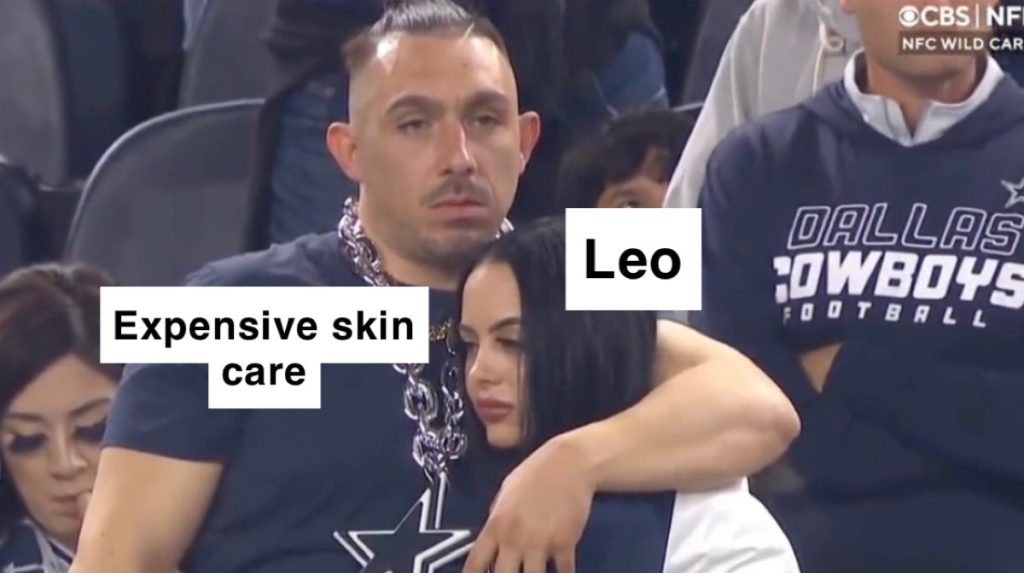 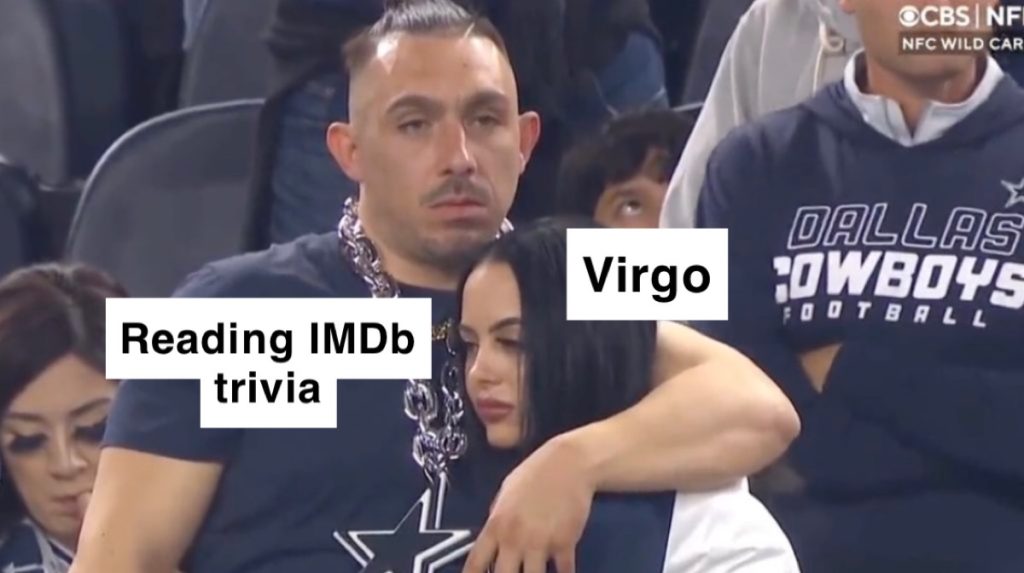 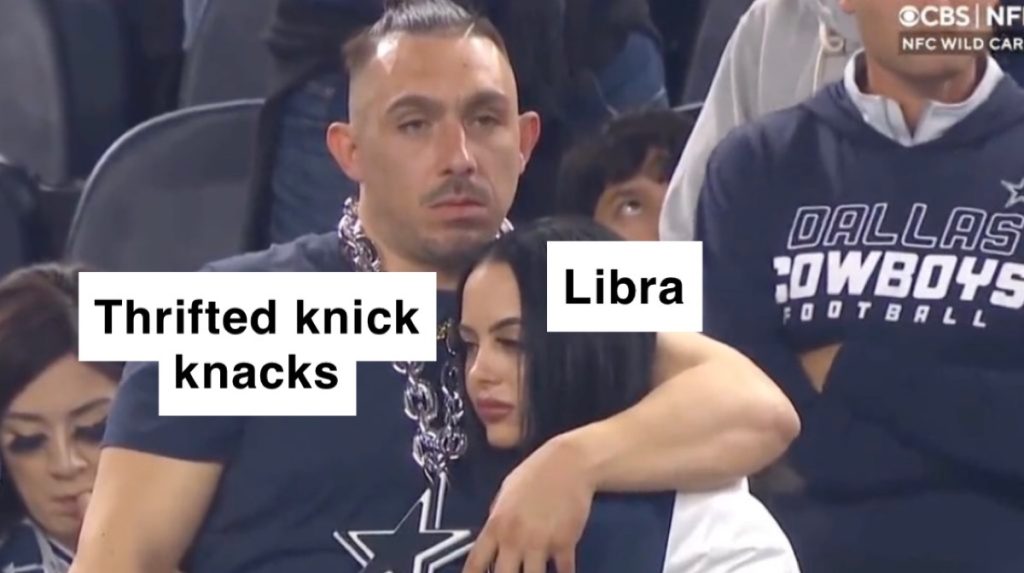 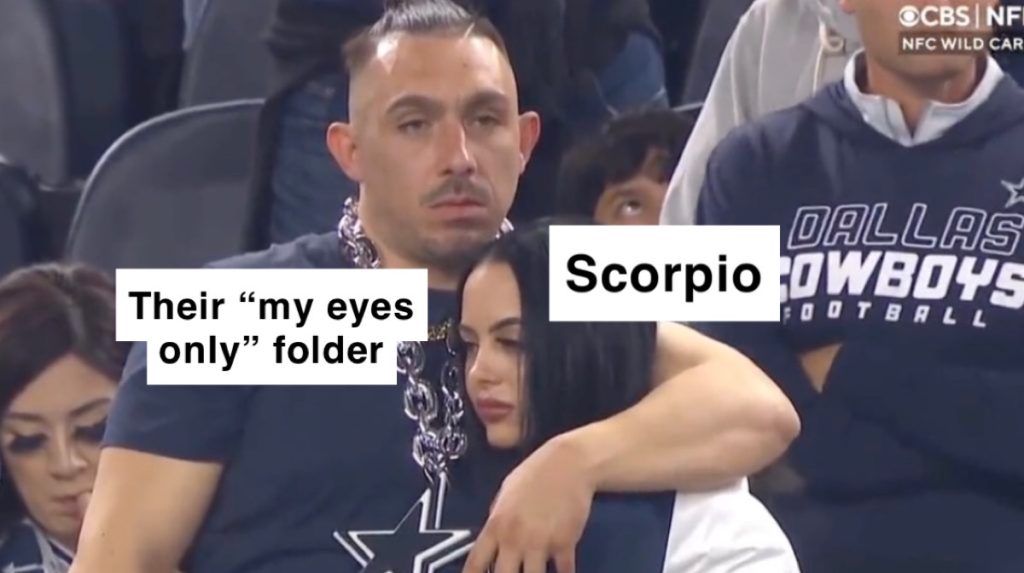 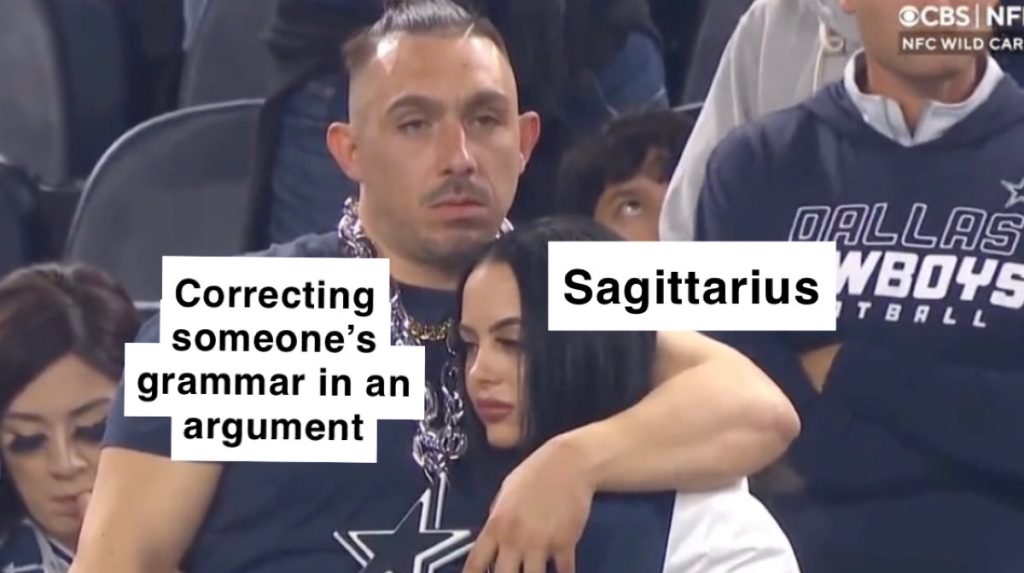 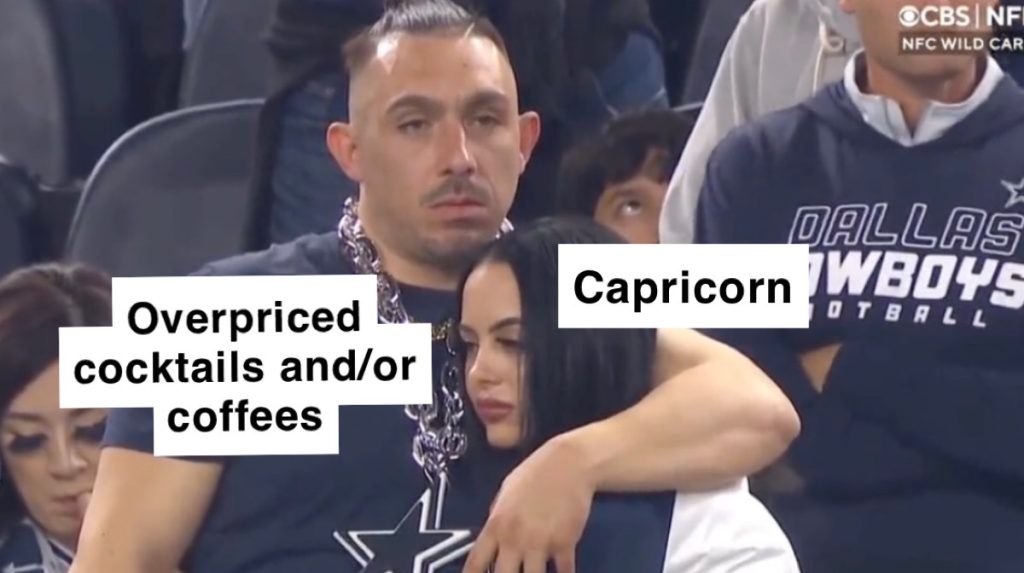