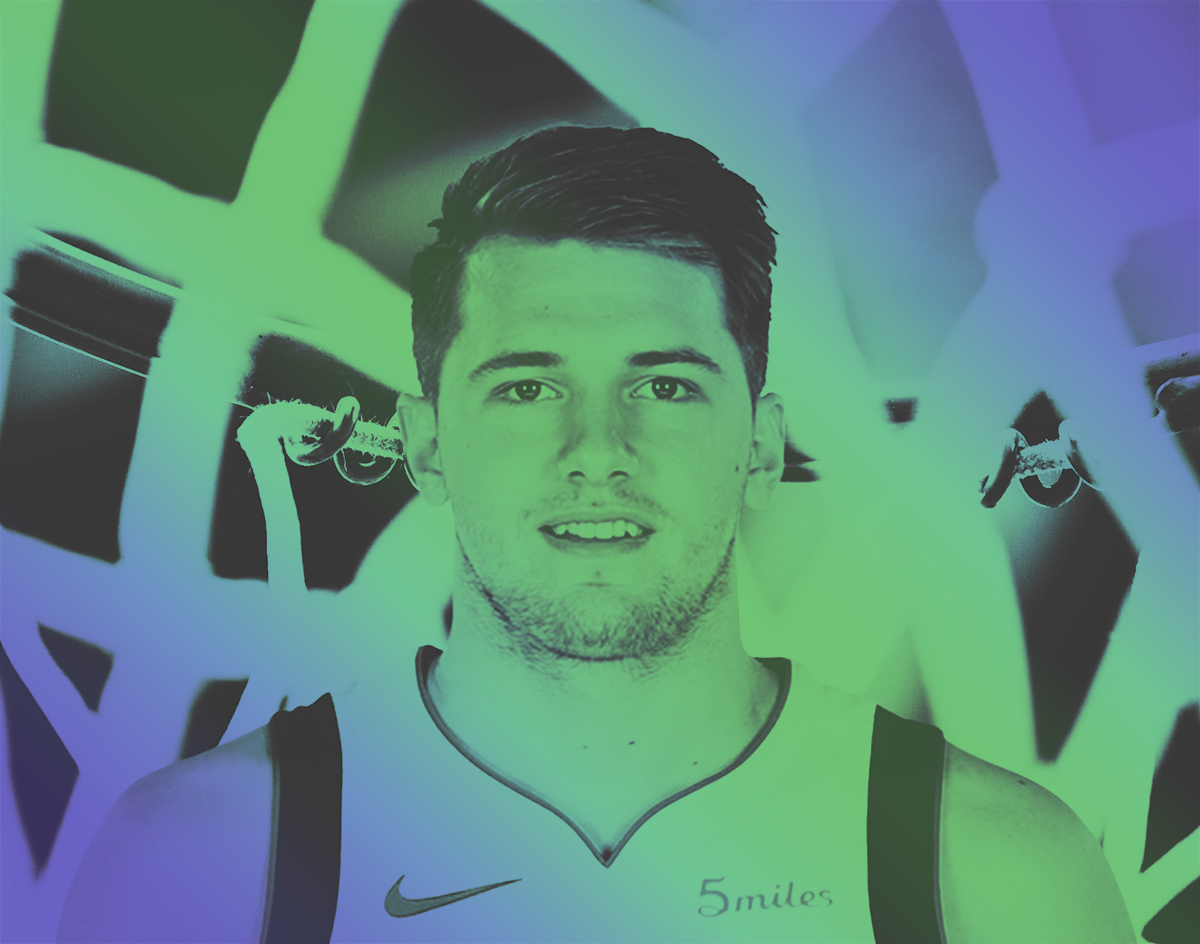 Dallas Mavericks In-Arena Sound Maestro DJ Poizon Ivy Shares With Us The Songs She Plays To Help Luka Doncic And The Gang Get Hyped Before Each Game.

Even with their tragic city edition jerseys, the Dallas Mavericks are killing it this season.

At 16-7 through the quarter-point in the NBA season, the team is exceeding most everyone’s expectations. Let’s face it: We all figured a team this young would be experiencing way more growing pains than they have been up to this point. And yet here the Mavs are, with FiveThirthyEight currently giving the team a 98-percent chance of making the playoffs.

The best part? With stars Luka Doncic and Kristaps Porzingis just 20 and 24 years old, respectively, this team is just getting started, and likely going to be in contention for years to come.

We’ll leave sifting through the list of every key to the team’s successes to our sportswriting friends over at The Athletic, but is it possible the music the team is bumping deserves a little credit, too? Hey, energy in all forms, right?

That in mind, we reached out to DJ Poizon Ivy, the official DJ for the Mavs, to put us on to what gets Luka and the boys in the right headspace during their pre-game warmups. In turn, she shared with us the cuts she regularly has queued up in her go-to playlist to get the team saddled up every game.

“Remember that one time in 2015 when Future mentioned the Mavericks? As a team DJ, one of the first things you do is go digging for any and all mentions of the team and its players. It helps this song was a massive hit. Thanks Future!”

“I always have to put on for the city. If you listen closely in and throughout every game, there are subtle — and sometimes not so subtle — moments woven into the mix to pay homage to Dallas’ music scene. Case in point: Rising Dallas rapper Trapboy Freddy. The team has run out to the court to this song a few times, and how could they not? When DJ Q showed me the video I knew it was an instant classic. The beat drop is crazy, energetic and perfect for getting the entire arena hype.”

“If you’re proud to be Latino, stand up! For a while now, I’ve made it a thing to play Latin music for JJ, and then Luka came along, and with him came more Latin music requests. Being a fluent Spanish speaker himself, Luka has a penchant for artists like J Balvin, Bad Bunny, etc. The upbeat nature and celebratory message of ‘Mi Gente’ make it a go-to for not only the guys, but for all of our fans who appreciate a diverse musical palate, too.”

“Of course, part of warming up includes an excess of movement, so why not have a little fun and dance while doing it? When it makes sense, I try to include a viral dance song everyone knows and can dance to — inclusivity is everything. Also, I may or may not have tried to see if Boban would recall his dance lesson from Tobias Harris, as seen in the Bobi and Tobi show.”

“The best part about the current Mavericks roster is the global audience we have. I often challenge myself to dig for content that can continue to help strengthen our relationship with our global fans sonically. With three players representing Eastern Europe, an area with a strong affinity to football (soccer), I dug into songs used during sport celebrations and came up with this high-energy gem.”

“As Nipsey said, the marathon continues.”

“Shout out to Dallas’ own for this up-tempo vibe, and for always showing love to the team. What’s up with a Luka name drop in 2020, though?”

Anything DaBaby released in 2019.

“I mean, need I say more? Anything he touches is a bop. Also: Peep the South Dallas Swag they hit the video above.”

“I actually discovered this song on Central Track, and from the first time I heard it, I knew it had to be added to the arsenal. It has so many rich musical tones, which is vital to the game environment, because when you play music in arena speakers, you start to really understand how sound works and what separates the great songs from the flat ones. ‘Bounce Back’ is also the perfect message for a sports arena, or even just life in general. Plus I want to see Ebo win.”