We Went To The Harry Styles Pop-Up Shop. 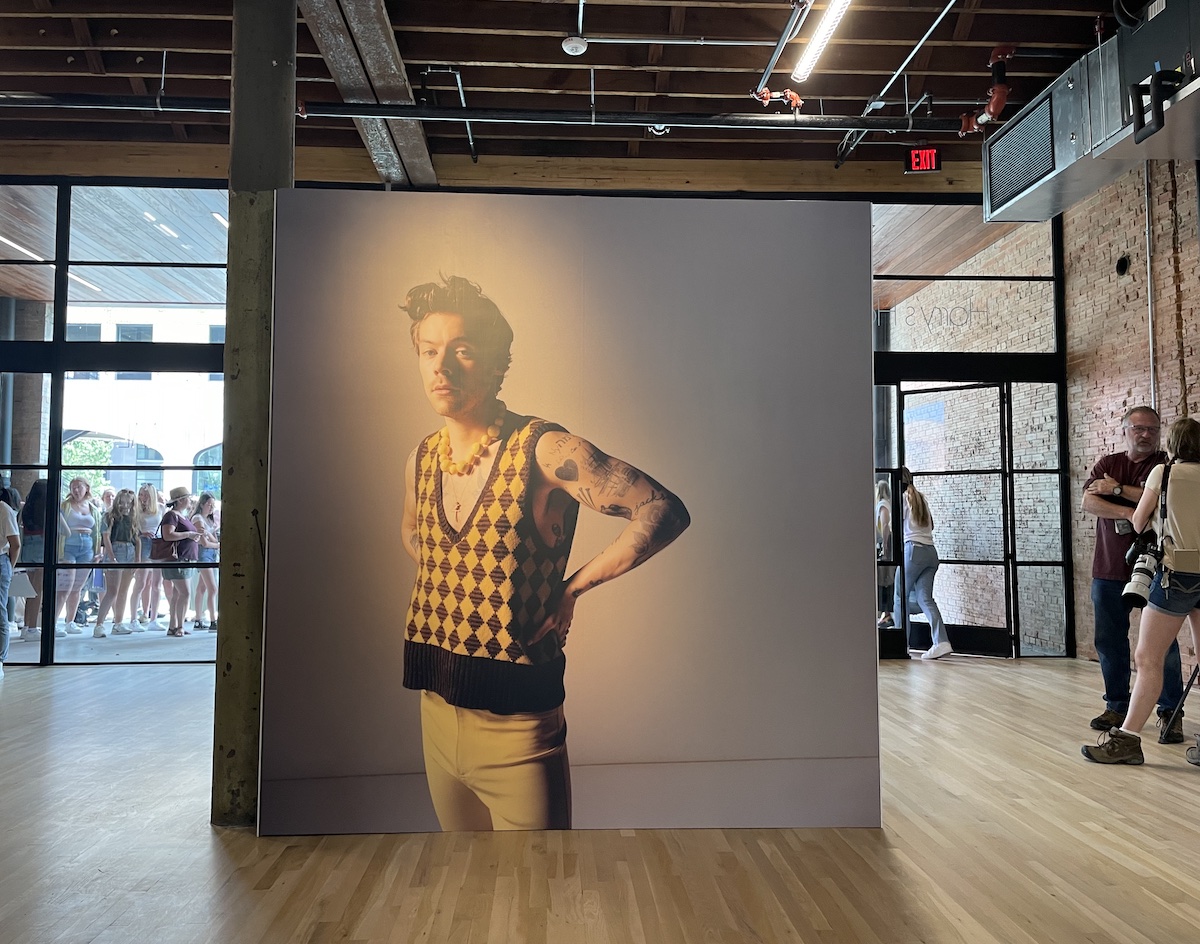 Are You A Harry Styles Stan? Here’s What To Expect At The ‘Harry’s House’-Themed Store In Dallas This Weekend.

All photos by Juan Salinas II

In celebration of Harry Styles’s third studio album, the former One Direction heartthrob announced the opening of four themed pop-up stores around the country — including Dallas

Instead of listing specific address locations, he gave us coordinates and had fans figure it out. Good one, Harry, but we know Dallas pretty well and we found you. On May 20, over at 2117 Commerce St, we found a long line of Harry Styles fans outside a previously abandoned building site. Unlike Ed Sheeran’s pop-up in Deep Ellum back in 2019, if you missed the pop-up today, no worries! The store will run until May 22 and will open from 11 a.m. to 6 p.m for the rest of the weekend.

Harry’s House, which includes the TikTok-popular single “As It Was,” released May 20 and is perhaps one of the most outstanding albums he has released yet. Sure, anything Styles releases is a banger but Harry House takes it back to the early 2010 Tumblr pop era. His album, which touches on themes of metamorphosis, is a mix of funk, folk, pop and overall signature music for the Gen Z kids.

If you can use it in a TikTok, it passes the vibe check. Is that how it works?

Anyway, the line outside the Harry’s House shop was so long that it wrapped around three blocks away. 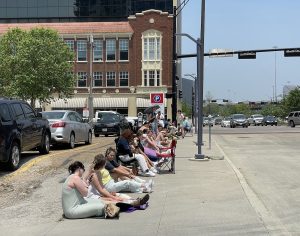 Emma Gillinger, a Styles stan (or, Styler, if you will,) was the first person in line at the pop-up shop. She says woke up around 3 a.m. to secure her spot in line.

“People started trickling in around five or six, and then the line started getting really long around 11 a.m.,” Gillinger says.

Due to the number of people in line, only 30 people were allowed to enter at a time. While the word definitely got around, some people still had no idea what was going on — causing drivers to ask what the line was for. One driver even screamed about how she wanted to get a picture of the temporary shop while driving by.

American Express Card members, like fan Eric Frank, were let in an hour before everyone else.

“I got (American Express) just for this,” Frank says. “Back when Love On Tour was announced, there was the same deal where if you’re an American Express member, you get early access. I had that just in my pocket pretty much for concerts or special access to things.”

Frank says he loved the new album and hoped he could get a copy of the limited edition orange vinyl. His favorite tracks? “Daylight” and “Satellite,” btw.)

Once the doors opened, fans were finally able to experience the wonders of Harry’s House. Here is what to expect if you plan on waiting in the blazing heat this weekend. 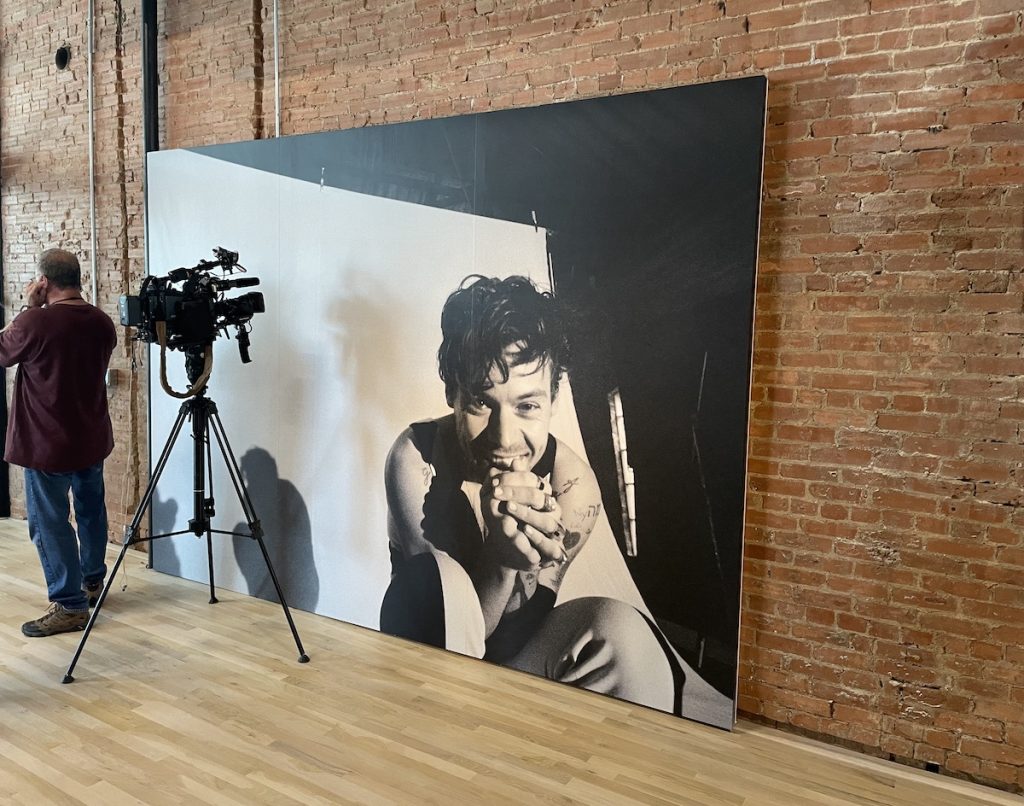 This pop-up shop was more than just a store. It’s an art gallery of the singer-songwriter. He was everywhere … and we mean everywhere. Fans could take pictures with posters or just gaze at the British artist. 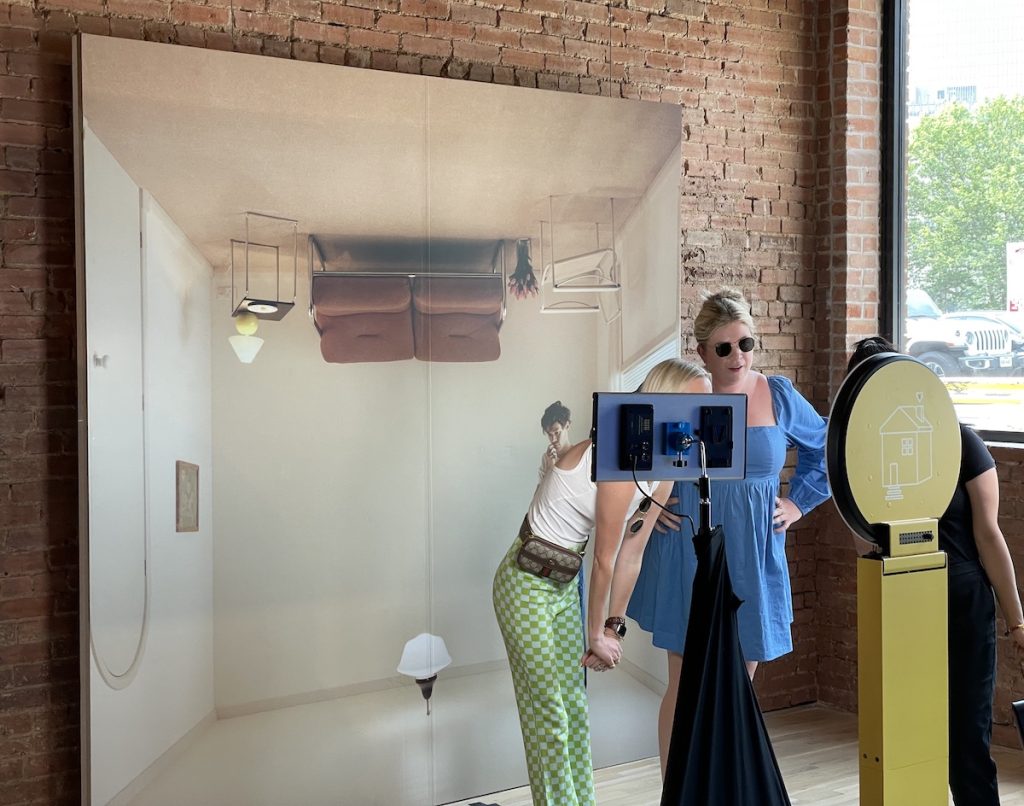 Fans have plenty of opportunities to brag about being at the pop-up shop on social media. There were colorful doors to pose with it and a blue house. Locals Dallas fans could even recreate the album cover. (it’s just a poster of it with a ring light, but hey, it’s something at least.) 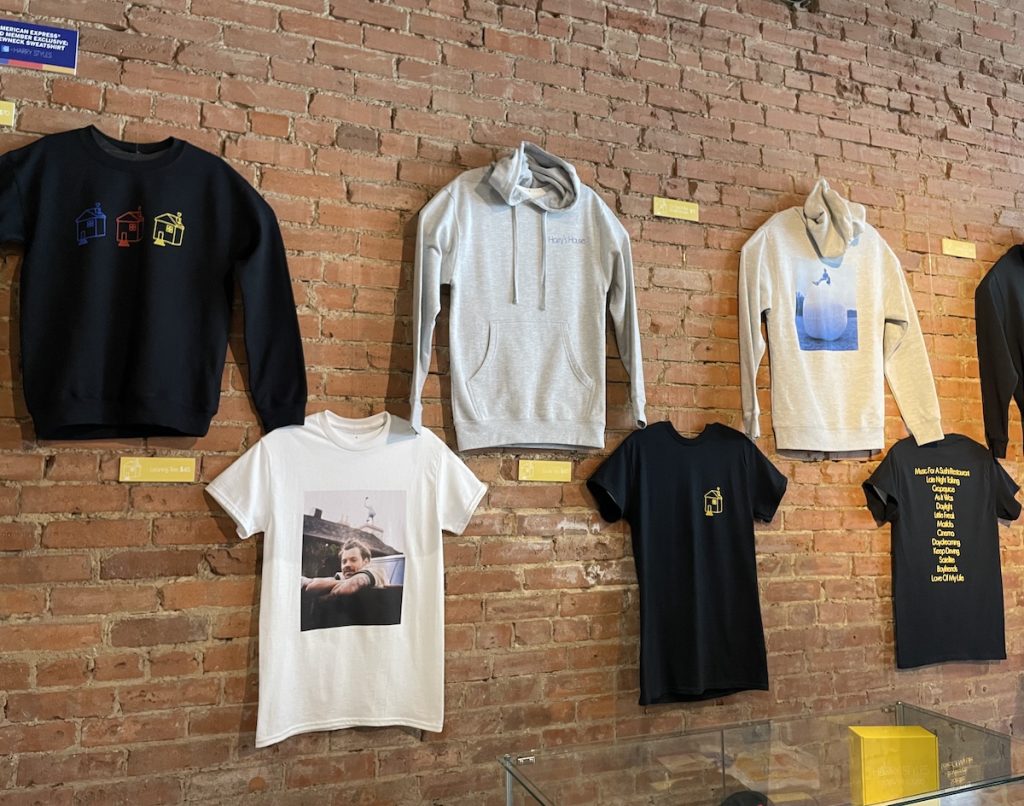 From T-shirts and hoodies to tote bags, get your Harry’s House merch here! Items range from $45 to eighty dollars. Shop manager Meaghan Cody said the Harry Team was involved with every step of the process, from choosing the location to the design of the merchandise. Only American Express Card holders get an exclusive long-sleeve shirt, but they still have to purchase it to get it. Interesting. 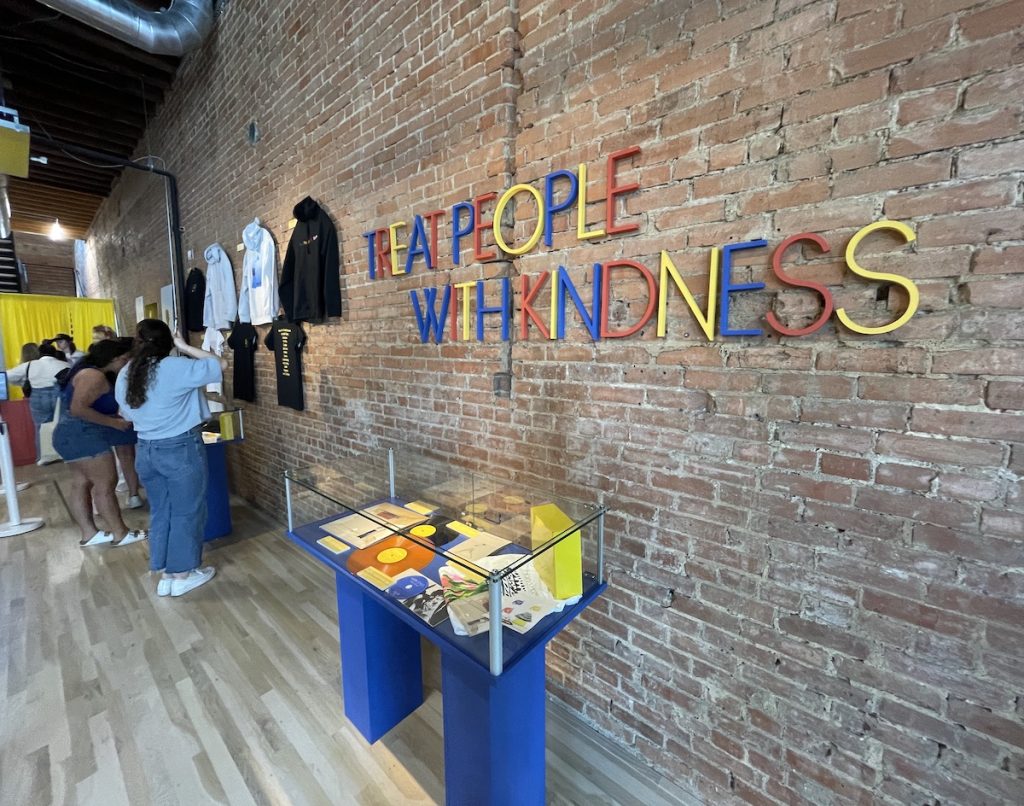 Lastly, of course, you can’t forget the copies of Harry House on vinyl and CD. Pick your poison!

Overall, we think this event was pretty neat. If you’re planning to attend this weekend, bring sunscreen and thank us later.