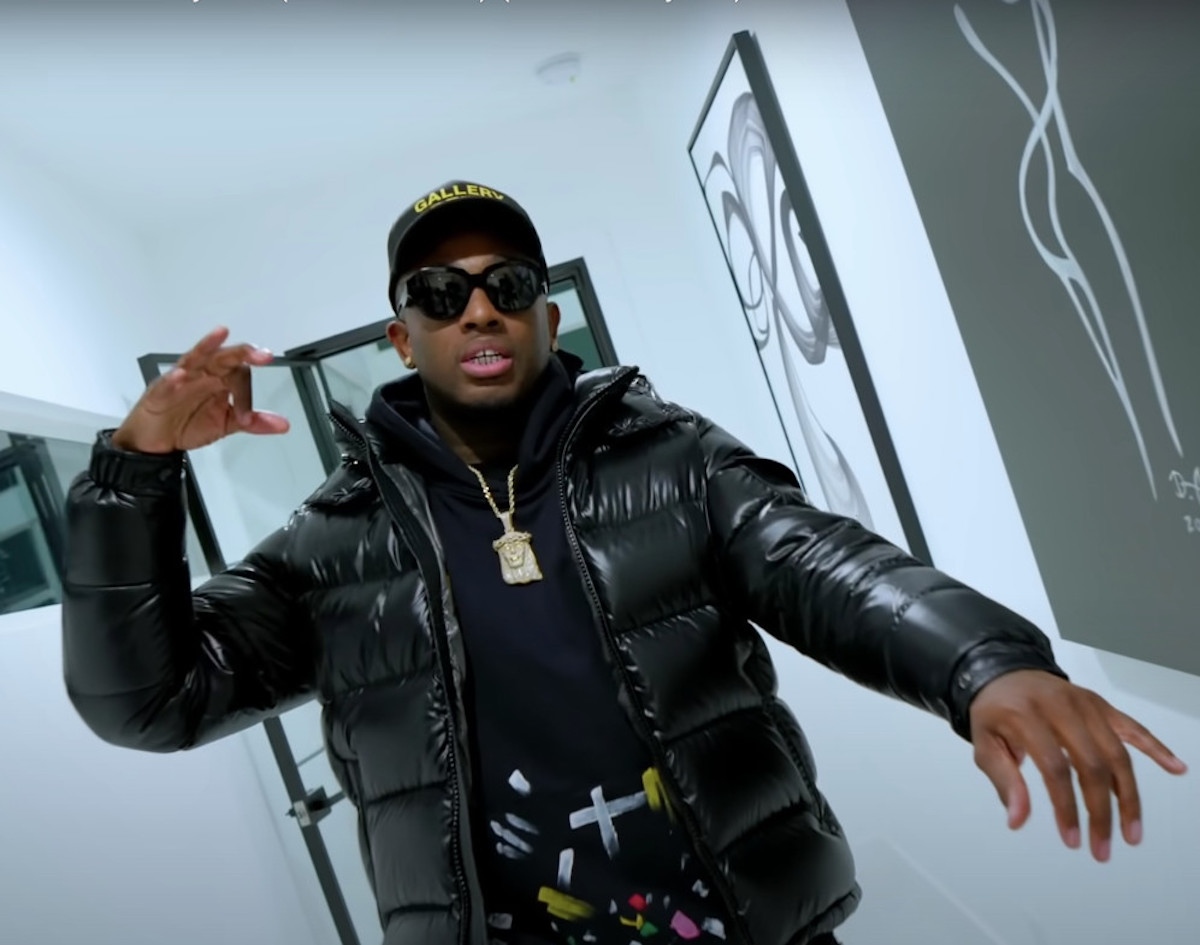 OG Bobby Billions ft. Money Mu — “All My Life”
RIYL: Finally making it.
What else you need to know: His debut gospel-inspired album Holy Goat came out in 2020, but this Oak Cliff rapper has already found a great deal of success. This song, which comes of his newest Holy Goat 2, is representative of that, telling the story of how sweet it is when hard work pays off. Don’t be blinded by the flashy imagery of women, cars and expensive houses in the music video — there’s a lot of genuine heart and gratitude fueling this track. — Frances Tingle

Brandon Giannasi — “Ghost Party”
RIYL: Raving in a graveyard.
What else you need to know: Described as a one man show, Giannasi does everything you hear here. Inspired by rock, hip-hop and oldies, he’s taken every sound that’s resonated with him to create a truly unique listening experience. Part rock, part electronic “Ghost Party” showcases Giannasi’s awesomely raspy vocals and encourages you to do a little dance. — FT

WILLTHEWISE — “Water Damage” feat. Asia Kyreé
RIYL: surfin’
What else you need to know: Dallas rapper WILLTHEWISE gives you the good vibes only. He’s a spiritual artist whose down to Earth R&B, melodic lyricism is transcending and refreshing. In this track with alternative R&B artist Asia Kyreé, you’ll feel like you’re floating underwater. If you’re wishing to explore new oceans, this ones for you. If you know what we mean. — Stephanie Salas-Vega

Static Orbit — “Sunny”
RIYL: Wavves
What else you need to know: Static Orbit, these self-proclaimed space and alternative rock cowboys, released its single “Sunny” back and March and have a full-length album, We Won’t Make It Out Alive, is on the way. Just based on this disillusioned, dark track alone — very heavy midwest emo — we want to hear more of what this duo has to offer. New album releases May 27 and it promises nothing will be the same come after. — SSV

AASHA2K — “Left Lane Girl”
RIYL: city clubs
What else you need to know: Before you catch AASHA2K at So What?! Music Festival this Memorial Day weekend, get familiar with one of our favorite sonic tracks by her. Vibrant and heavenly, her soft vocals paired perfectly with the 808 beats welcomes us to her new earth world. It’s nearly a hyper-pop track, but with more soul. — SSV