We Need To Talk About Louis CK’s Addison Improv Shows. 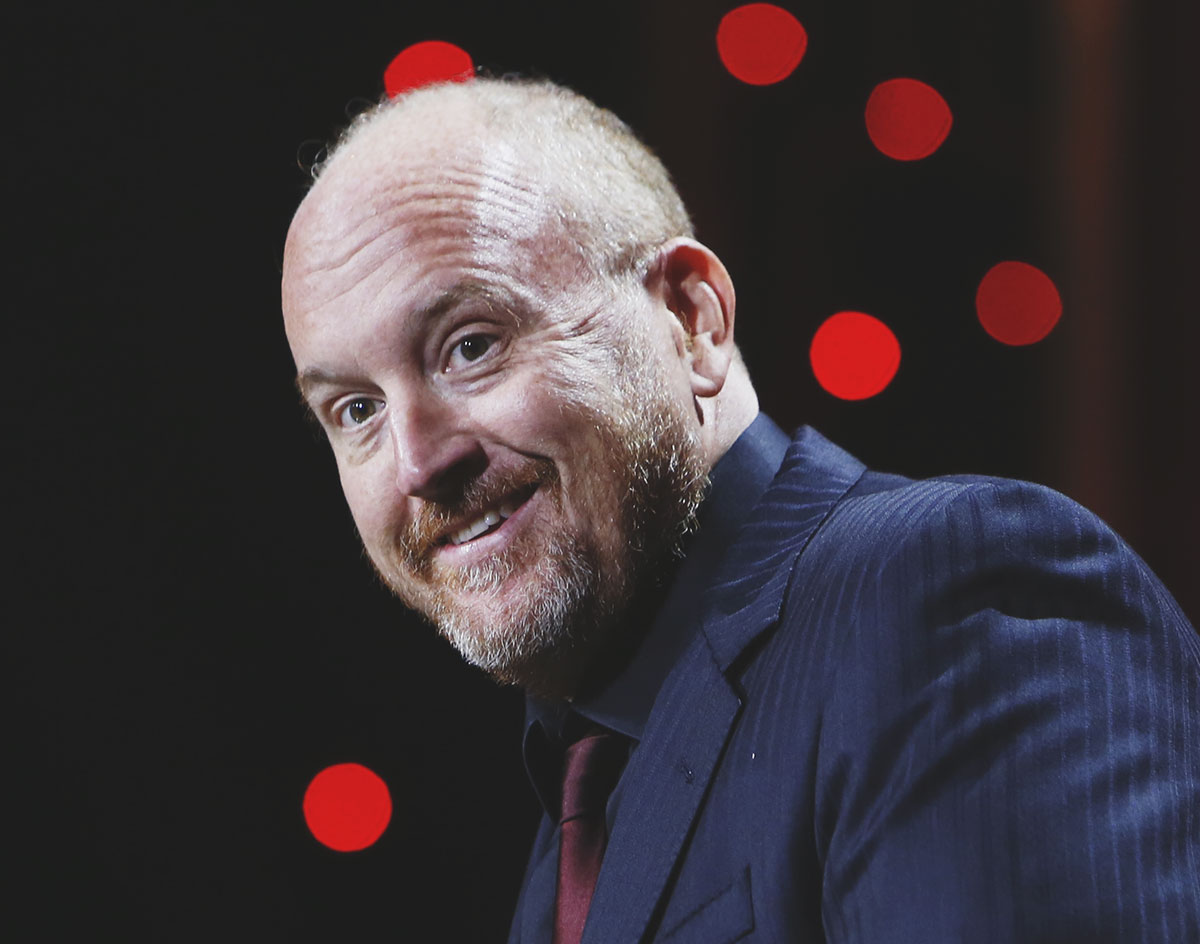 Problematic Male Comedians Get Second Chances Because Crowds Still Pay To See Them. How We Spend Our Money Matters — In Comedy And Elsewhere.

Louis CK was arguably the biggest stand-up comedian in the world when, in late 2017, he was accused of misconduct by five women.

This week, he’ll continue his attempted redemption tour by performing four shows over the course of two days (on July 2 and 3) at the Addison Improv. The venue quietly announced these performances last Thursday morning, and tickets to each show sold out in mere hours.

As a comedian with nothing to lose, I bring a fairly unique perspective to this whole mess.

I’ve worked in comedy for nearly 20 years — as a performer (in Chicago and Dallas), as a student (at Chicago’s Second City Conservatory), and now as a founder and manager of a comedy theater (Stomping Ground Comedy Theater in the Dallas Design District). That’s my truncated comedy resume. On paper anyway, I’d like to think that I’ve earned my stripes: I have a college degree in performance, years of training at a prestigious comedy school, hundreds of shows under my belt, and a vast array of collaborators and colleagues in my network. I’ve also earned my unofficial stripes — the ones only talked about in the “whisper network,” on sites like I Am Female Comic and the Women in Comedy blog, and in countless secret Facebook groups.

SEE ALSO: NO LAUGHING MATTER. // The Website I Am Female Comic Allows Women In Stand-Up And Improv To Talk About Harassment They’ve Experienced.

I’ve been groped, harassed, and demeaned. I’ve been told my hips were too big for a show, and that my ideas were unoriginal and just taken from “the boys” in my class. I’ve been the only female in the class, on the improv team, in the show and in the room too many times to count. I’ve felt powerless. (I’ve documented my experience regarding the improv comedy community before.)

And that’s just my comedy experience. Like most women, I have my mental filing cabinet full of stories — with varying levels of harassment by co-workers, strangers, friends and partners represented in the collection.

I want to be clear, though: As a comedian, I’m fairly thick-skinned and almost impossible to offend. I have three older brothers, and I’ve spent 20 years in “boys club” of comedy. I can be bawdy with the best of them. But I also know that there are places where one must draw their personal and professional boundaries, and that these boundaries must be solidly drawn at unwanted sexual advances, harassment and abusing power over women.

Much of the comedy world still doesn’t understand these boundaries.

Like with any culture, toxicity is allowed to thrive in the comedy world because of lopsided power dynamics. In the business of comedy, a small number of comedy venues serve a medium amount of demand (people who want to watch live comedy) with a huge amount of supply (comedians). Hundreds of thousands of comedians want stage time, and each of those performers is at the mercy of the venues that book them. There is largely no HR Department to report to, no union to ensure standards or pay, and no one keeping tabs. If you’re harassed on the job or stiffed on your pay, you generally have no recourse.

It gets worse from there. As a comedian, you’re not only jockeying with hundreds of other comedians for coveted stage spots, but you also definitely don’t want to “rock the boat” and somehow lose a venue’s favor. So you keep your head down, you play nice and you make sure to do a social media “thank you” shout-out to every booker who puts you on the show. You are primed to not talk about it if something unsavory that was said or done to you — because, if you do, you’ll lose your spot in line and the next person up will take your place. Hell, even if you do want to report something, circumstances don’t make it easy: It’s rare in the comedy world to find a confidential system in place to protect you from retaliation. Sometimes, the sole “person at the top” that you’re supposed to report to is your harasser. In the face of the hierarchy, the system and the gatekeepers the performer is — again — made to feel massively powerless.

This system rears its head in many ugly ways. It keeps the members of this community from reporting abuses and harassment. It also discourages people from expressing dissatisfaction should their workplace book an admitted sexual harasser like CK.

Within systems that only have a handful of gatekeepers — who can be flattered and bribed in exchange for stage time, encouraging the opposite of safety — it actually oftentimes benefits a performer to undercut another performer and to outright abandon their principles. This isn’t an issue specific to any one venue, city or person; rather, it is an indictment of the system and culture as a whole, and the imbalanced power it perpetuates.

And so we are left ask, but rarely to answer, the difficult questions — like what we’re suppose to do with the men who have committed egregious acts in the artistic world. What of the Kevin Spaceys? The Roman Polanskis? The R. Kellys? The Louis CKs? Should they be “allowed” to have a career? If so, is there a requisite waiting period for them to endure before they can make art again?

Sure, we live in an imperfect world and abusers aren’t always delivered the justice that we see fit. But I like to think that the majority of admitted workplace harassers suffer career consequences. They certainly aren’t welcomed back to the sound of applause — or, in CK’s case, to standing ovations. After all, bringing an admitted harasser or abuser into your place of business is, in most environments, a clear workplace safety issue.

In my opinion, there’s no easy or universal answer to the question of what penance must be paid by these men. But I’m also not sure my opinion even matters — not in this capitalistic comedy society we’ve created. As long as these men are selling a commodity, and people are willing to pay for that commodity, they can not only survive in this world but thrive in it.

That’s incredibly frustrating, right? As a comedian working in this business — especially so as a woman, as an ally or as an advocate — you learn quickly just how weak an individual is against an entire system. Even outside of comedy, we’re all figuring this out, right? Yelling at people on Facebook all day, we’ve all learned, hardly guarantees you’ll change someone’s mind — not about sexual harassment or power dynamics or archaeic gender roles or internalized misogyny.

It’s especially hard when you’re a woman. The men who think it’s fair to ask women to work with admitted sexual harassers aren’t exactly keen to meditate on women’s viewpoints and change their long-held beliefs. Toxic men don’t listen to women in my experience. Toxic men’s minds, I’ve found, are only changed by other men. (Men, this is why we need you as advocates, and why it’s important that you let us speak but also speak up on our behalves yourselves.)

I’ve come to learn something else in recent years, though. See, in spite of everything I’ve said above, I’ve discovered something truly important: We’re not powerless.

We can indeed rid our local community from potential predators that pose a threat to female performers and staff through a variety of ways:

When we’re all old, ugly and out of jokes, we’re left with our principles. We’re left with the choices we’ve made, the lives we’ve lived and the contributions we’ve left behind. Stanislavski once said that “Love the art in yourself, not yourself in the art,” which is absolutely some hippie dippy shit, but means that we should love and care for the art form and not just our dumb selves. I try to keep that in mind as I contribute to the comedy community and culture as a whole.

The good news is, in some cultural circles, the free market is already forcing positive change. The old-fashioned comedy club market has been disrupted by DIY spaces, nonprofit models, pop-up spaces and YouTube. A person who enjoys comedy has multiple ways to consume it, and a person who performs comedy has more avenues with which to share their talent. Coming up the ranks at traditional comedy clubs is now optional for a comedian rather than the only path.

Look, I won’t begrudge anyone for eating Chik-Fil-A or wearing New Balance sneakers or buying a ticket to see a Woody Allen movie every once in a while. We live in a labyrinth of ethical quandaries, and we’re all doing best we can. I get that. I certainly have not lived a perfect life myself. Like others, I am simply doing my best to evaluate and reevaluate my decisions as I make them.

But, like I said, I do know this world. I’ve seen the good that comedy can do — and I’ve definitely experienced the bad. I guess my ultimate point is this: As consumers, you have power; as artists, you have power.  The movies you watch and the tickets you buy and the specials you stream and the places you go mean something in this capitalistic hellscape we live in.

My simple hope is that, moving forward, we better consider where we spend our time and money. We have agency over these things. And, while it’s certainly up to each individual to do as they please, it’s also important to remember to contribute to places where women can go to work and feel not only safe but celebrated.

Listen, the Louis CK shows at the Addison Improv are going to happen this week, whether we like it or not. If you don’t like it — and I know that there are a lot of us out here who don’t — then it’s incumbent on us to respond by supporting the things we do like. Because, again, I promise you: For all of the above chatter, there’s plenty of good in this comedy world.

I wouldn’t live my life within it if I didn’t wholeheartedly believe that.

Lindsay Goldapp holds an Acting/Directing degree from Texas A&M-Commerce and is a graduate of Chicago’s Second City Improv Conservatory. She spent several years in Chicago doing improv and sketch before settling in Dallas. She has nearly 20 years of experience performing and teaching improv comedy, sketch writing and performance, comedic songwriting, improvised song and musical theatre, and has performed at Second City’s Skybox and De Maat, The Apollo, Annoyance, Victory Gardens Biograph, iO, Chicago Sketchfest, Dallas Comedy Festival, Theatre Three and on many other stages. She has appeared in commercials for Capital One, Tostitos and Crown Royal, and has spent the past five years as a consultant for several marketing and production companies developing product campaigns and marketing concepts. Lindsay is the Founder and current Artistic Director for Stomping Ground Comedy, a 501(c)(3) comedy theater where she also also teaches improv and sketch comedy. Lindsay is a former 6-12 Theatre and Communications teacher and a former Psychosocial Specialist who worked for several years with children ages 3-18 who had special needs. She has directed more than 10 musicals for young actors, most recently with North Texas Performing Arts.