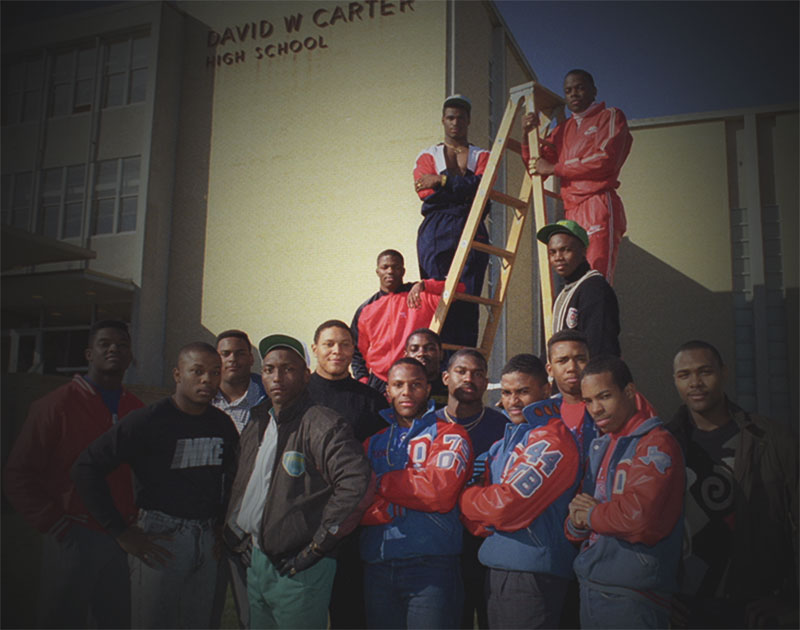 Two Years After It Got The Feature Film Treatment, ESPN’s 30 for 30 Series Is About To Release A Documentary On The 1988 Carter High Football Team.

The story of the 1988 Carter High School football team has been told numerous times at this point — in the Dallas Morning News, in a 2015 feature film and, tangentially, in both the book and film versions of Friday Night Lights as the team that took down the mighty Permian Panthers in the state playoffs.

And now the team’s story is about to get told once more. Earlier this week, ESPN released the trailer for its upcoming 30 for 30 series documentary, entitled What Carter Lost. The film promises to tell the tale of a talented team that won the state championship then had that title stripped away when it was determined that one of its players was allegedly ineligible to play due to failing school grades, and also, y’know, saw a number of its players sent to prison for having “committed more armed robberies than Bonnie and Clyde did in a lifetime.”

You can check out the trailer, which features music produced by DJ Snake of the legendary 1980s Dallas rap crew Nemesis, below.

The film will first air on ESPN at 8:30 p.m. on Sunday, August 24, then presumably be re-aired a number of times after that, since that how ESPN does it.

The 92nd film in the 30 for 30 series, it’s interestingly just the second Dallas-focused one, following 2010’s Pony Excess, which focused on the rise and harsh fall of the SMU Mustangs football teams of the early ’80s and which also featured moral compass Dale Hansen as a talking head.