[VIDEO] Here’s What Getting A COVID-19 Test In Dallas Is Like. 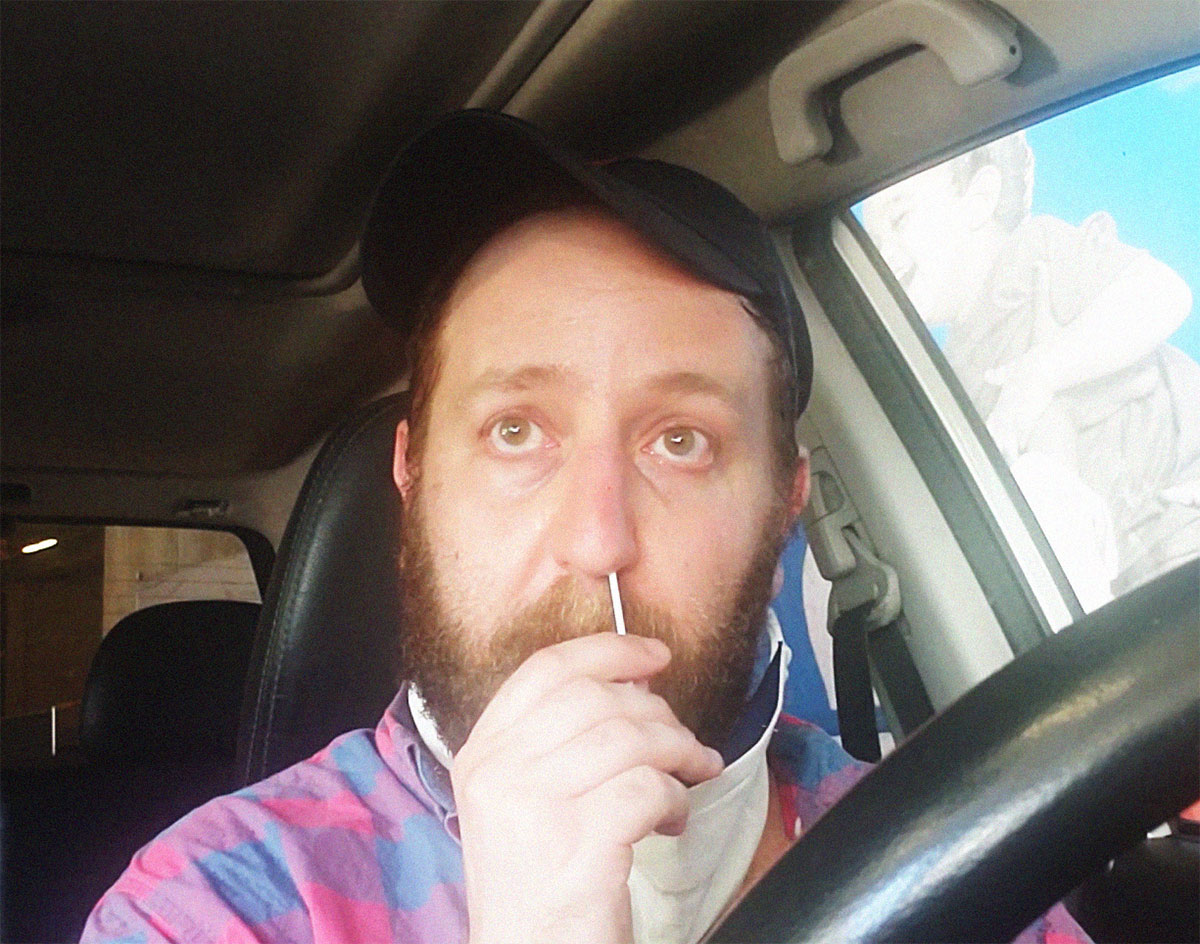 Four And A Half Hours For A 30-Second Test: No Longer A Deep Nose Probe, The Test Itself Was Quick And Painless; Still, The Wait For It Was A Real Beating.

Update at 3:30 p.m. on June 29, 2020: Long waits with Dallas County’s free public COVID-19 testing sites aren’t just exclusive to the administration of the tests, turns out. It also takes a while to get your results.

Only today — a full 12 days after taking the test detailed below and being told to expect my results in three to five days — did I receive a call from the testing facilities’ results center to confirm that I had tested negative for the virus. (Considering how much we’ve been out and covering the police brutality protests around town of late, I’m sure this is devastating news for those who want to blame the social unrest for the recent case spikes across the city, state and country.)

It’s pretty bonkers to only receive results two days shy of the supposed 14-day period in which one is likely to show symptoms of COVID-19.

With these sites clearly overwhelmed with increase demand for testing during the spike, officials have recently doubled the capacity of these free sites. They also successfully lobbied for a two-week extension of federal funding meant to float their operations; originally, that support was set to expire on June 30.

Still: That’s not much more time, which doesn’t really seem to be on anyone’s side in the case of these testing sites.

In their latest coronavirus data reveal, local health officials reported on Wednesday a whopping 413 new positive COVID-19 test results in Dallas County, bringing the total number of positive cases the county has seen since it started keeping track of this stuff to 15,256.

Additionally, they reported a total of nine new coronavirus-related deaths within county limits.

These figures are stark: Today’s deaths bring the county’s total pandemic-spurred loss of life count to 302 to date; the positive cases added today represent the highest reported single-day figure we’ve seen, along with the first time that these daily counts have crossed the 400 mark.

Are these higher figures the result of increased testing, as some officials say? As we’ve been saying for literal months now: Yes, almost certainly.

Ultimately, more testing is a good thing. Despite the positions of certain federal officials, that much is pretty obvious: More data provides legislators and health officials a better sense of how to approach their attempts at harnessing the virus’ expansion.

But, while private sites and labs undoubtedly account for the biggest growth in available testing, there clearly remains a demand for the free, public testing that city and county governments provide their citizens.

As we learned today, however, there is still ample room left for improvement with these public sites. This morning, we visited one of two Dallas public testing sites at the behest of local officials, who’ve been publicly requesting that those who’ve attended the many police brutality protests in the city of late — as we very much have — get tested ASAP as a precautionary measure after having mingled among large crowds.

What we found in doing so was an excruciatingly long wait — four and a half hours, to be specific — for a test that takes just 30 seconds to complete. Nothing against the hard-working people who are operating these sites, for whom and for which we’re of course hugely thankful — these folks are trying their darnedest to expedite the process best they can, are facing an uphill battle in their efforts at it, and we applaud their heroism — but they can only do so much.

At 555 tests today, they hit their rationed test allotment for the day, turning away many additional cars in line that had hoped to get a test done this afternoon.

Fortunately, it seems there might be help on the way in terms of easing these sites’ loads. For one thing, the test we took today is less invasive than the ones administered at the start of the pandemic, which is already a welcome improvement. Furthermore, Dallas County Judge Clay Jenkins already told us today on Twitter that he and his staff are working to add testing capacity “to address increased demand” as Texas enters a second spike of positive cases.

Here’s hoping those efforts indeed help speed up the process some and allow for more people to learn their status. Because, as the below video hopefully shows, the current public option we endured today takes up the kind of time few people are privileged enough to afford.