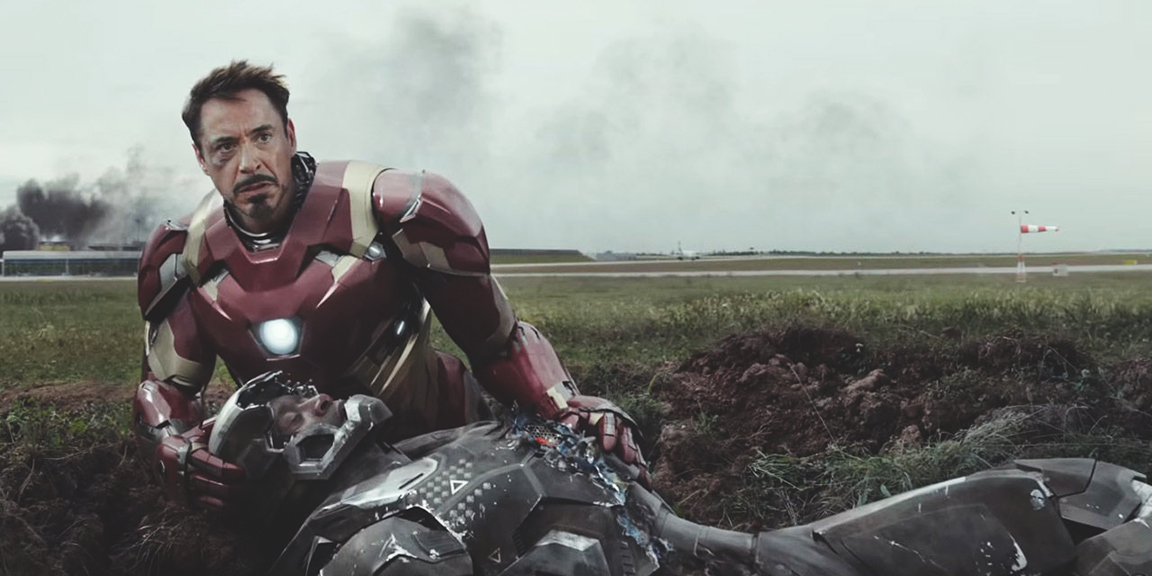 This opening paragraph could very well wax poetic on the state of comic movies, but let’s keep it simple: As far the Marvel Cinematic Universe goes, the Captain America movies have always been the best. The First Avenger not only did a great job of connecting the past and the future of the MCU on its way to the gargantuan The Avengers movie, but it also served as a fun period piece on its own. Later, The Winter Soldier went on to then shake up and dismantle the universe, coming off like a throwback to the political thrillers of yore.

Now Civil War promises to continue on that trend of shaking up the MCU again, this time by taking on the devastating consequence of some epic battles. After a particularly nasty battle that saw minor antagonist Crossbones (Frank Grillo) dead along with a few civilians, governments now want the Avengers to have some checks and balances on their efforts through the Sokovia Accords, so named after the location of the climactic battle of Age of Ultron. This brings an emotionally volatile Tony Stark/Iron Man (Downey Jr.) and Steve Rogers/Captain America (Evans) to fundamentally disagree on how the Avengers should continue. Later, after Bucky Barnes/The Winter Soldier (Stan) is wrongfully accused of a bombing, the lines are fuly drawn and Captain America goes on the run to protect his BFF and figure out who’s framing him.

Yeah, it’s a lot to take in, but let’s assume you’re the type who has seen all the other movies in this franchise recently and that it all makes sense. For a movie that’s essentially a sequel to two different movies, this one does a good job of juggling both plots in a natural way. The majority of the movie is spent with Tony as the philosophical and physical antagonist to Steve, all as a mysterious character named Zemo (Brühl) stealthily works in the shadows, making the lives of the Avengers much harder.

As second-time directors for a Captain America movie, the Russo Brothers now appear very comfortable working in this space. This time around, their directing is much more dynamic, and the action is easy to follow. But, as has long been true with these films, the movie really shines in the way that the characters interact with each other. Considering the challenge that comes with the fact that this is the most superheroes that have ever been on-screen, Civil War always feels like it’s giving all of its players their time to shine.

And there are a lot of players. Not only do we have all of the previous Avengers, plus Bucky, plus former Hulk villain Thaddeus “Thunderbolt” Ross, but we also are introduced to T’challa/Black Panther (Boseman) and Peter Parker/Spider-Man/Underoos (Holland). It’s exhausting just typing this, but given how so many ensembles mess this up, it’s truly impressive that Civil War doesn’t. Even Scott Lang/Ant-Man (Rudd) gets his due — more than it even — while stealing every scene he’s in.

Best of all, though, these characters are just fun to be around. They banter and bicker like old friends and trade funny one-liners in battle just like they do in the comics. While all of Tumblr ships Bucky and Steve, the best pairing here is Sam Wilson/The Falcon (Mackie) and Bucky, who are both so supportive of their pal Cap, it’s downright adorable.

The weakest part of the movie, unfortunately, is Tony. I have a theory that Tony Stark and the Iron Man movies are only as popular as they are because they were first and because Robert Downey Jr. is just so charismatic. But, really, as a character, he’s become fairly stagnant — something that becomes pretty clear in this film. The initial incident that makes him support the Accords so wholeheartedly is a grieving mother who is blaming him for the death of her son during em> Age of Ultron. This one thing causes Tony to become an almost comically bad antagonist who quickly sides with everything that the government says, even if it means incarcerating his former colleagues.

Throughout his cinematic history, Tony has been a character that creates his own problems, fixes them and then goes on to create even bigger problems. That’s supposed to pass as character growth. but after going through the motions a few times now, it’s getting a bit tiresome. This movie exemplifies this. Since Tony feels so guilty about what the damage Ultron caused, he sides with the governments and he hunts down Captain’s side of the Avengers. Let’s not forget: Ultron was created as a reaction to the events of Iron Man 3, where Tony invited an attack on his house that left him without armor.

Then there’s the fact that the Avengers who side with him come off as totally evil. Vision –who rocks a dope sweater here — is tasked with keeping Wanda Maximoff/Scarlet Witch (Olsen) inside the Avengers complex for her “own safety” because people fear her powers. The “for your own safety” argument is always a nice precursor to oppression, and it’s more eerie to hear it come out of a robot. T’challa is dead set on killing Bucky for the bombing which killed his father. And then there’s the way that Tony manipulates Spidey to come fight for him, which feels manipulative especially when you’re dealing with a young teen. To be fair, all of this goes in hand with the comic series that had Tony become even more evil and that had Mister Fantastic a mad scientist who locks up unregistered heroes in alternate realities.

All of this makes no question that Captain America is right in not siding with Tony. Yeah, it would’ve been a lot more interesting to have them disagree on an issue where you can see how they’re both right. But, to be fair, the most important battle between Steve and Tony isn’t a political one but an emotional one.

While the movie’s best and biggest set piece is the fight in the airport that could be seen in the trailers, the climactic battle at the end is the important one and one of the most heart-breaking sequences in a superhero movie. Unlike that other super dudes-fighting movie, watching Steve and Tony fight is not something you want to see. There’s no buildings being destroyed here, just friendships that were thought to be impenetrable.

Even though Marvel has done the “cinematic universe” thing for a while now, they’re still a little iffy on the execution. Most glaringly is the fact that Ant-Man shows up in a brand new suit despite there being only a short amount of time between the events of his titular movie and Civil War. Also interesting: S.H.I.E.L.D. is back, but somehow nowhere to be found in this pretty big conflict. And, while the introduction of Peter Parker is fun and that it’s great to see Marisa Tomei as Aunt May, that whole storyline just feels tacked on at the last moment, kind of killing the momentum of the movie at the time. But, hey, at least they manage to work in a passing mention of the Hulk at one point!

Still, this movie shows how effective long-form narratives within a cinematic universe can be. Events that happened almost a half decade ago are still affecting stories now, and it all sort of makes sense.

The original Avengers movie is praised mostly because this was the first time that anyone saw a superhero team up like that on screen. If that’s the case, then Civil War improved on the concept by focusing on the characters and the story, and by being a damn good action film.

See it with your best friend so you two can enjoy a good hug afterward.