Venom Feels Like It’s Straight Out Of The ’00s. 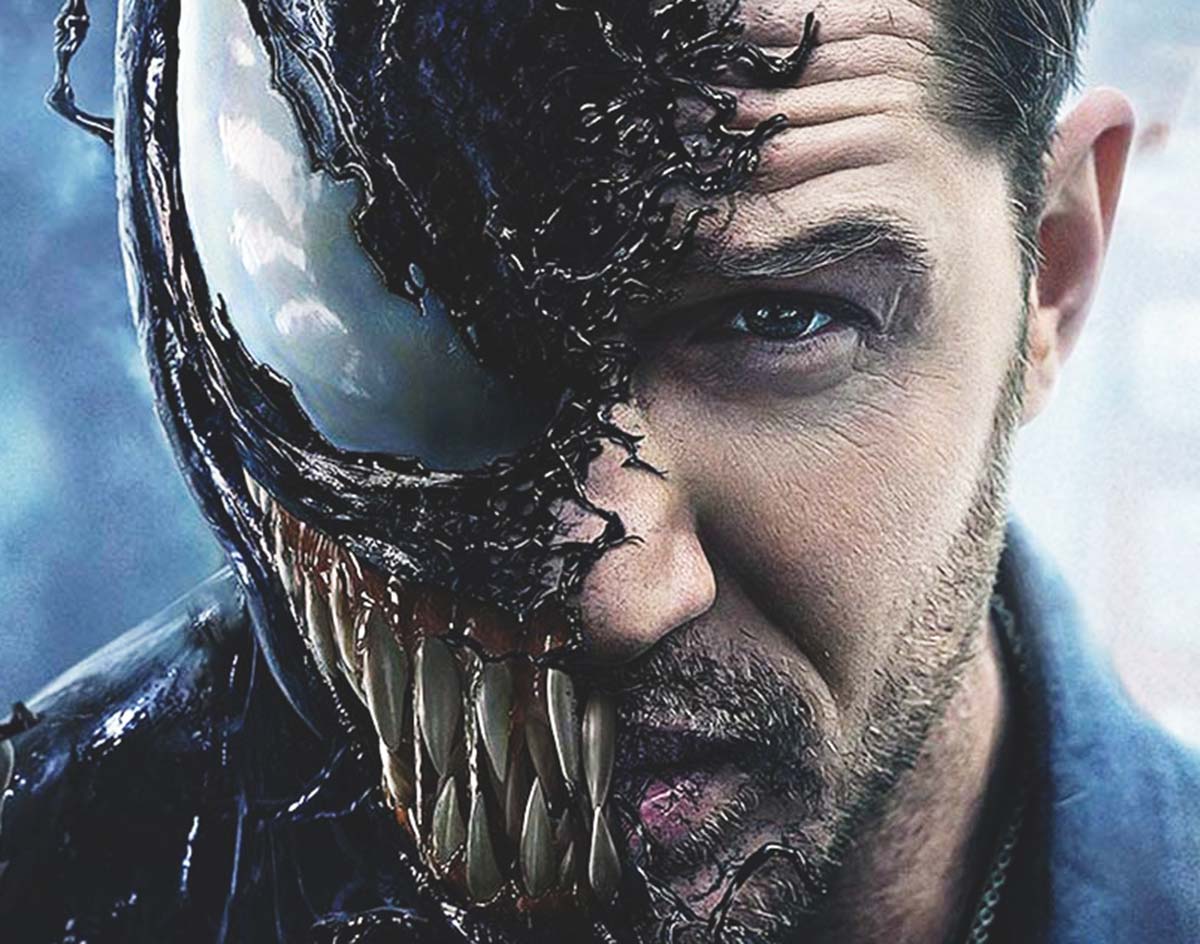 Even With Its Stellar Cast, Venom‘s Brazen Symbiote From Space Never Quite Feels At Home In The Modern Comic Book Movie Landscape.

That’s not to say that it’s somehow socially or politically backwards — just that it feels more like the earlier, messy superhero outings like Spawn and Ghost Rider, where the costume is only sometimes featured, than the Marvel films that so dominate the cinematic landscape today.

Venom has none of the sterilized assembly line vibe of the mainline MCU movies (of which this film technically belongs), and none of the bizarre tonal issues of the DC movies. Instead, Venom is a fun and sometimes funny, and a mostly very flawed attempt to bring the famous anti-hero symbiote to the big screen for the first time since its disastrous debut in Sam Raimi’s Spider-Man 3.

This time around, Eddie Brock is played by Tom Hardy, who brings to the table with him an indecipherable accent to his role as a hard-hitting journalist whose rash impulses drive him out of New York and into San Francisco, where he lives with his fiancé Anne Weying (Michelle Williams) and her cat, Mr. Belvedere.

Early on in the film, Eddie is assigned to interview Carlton Drake (Riz Ahmed), a kind of obvious stand-in for Elon Musk’s eccentric brand of tech bro. Drake’s company has been sending astronauts into space to scout for other planets that could be colonized, as Earth is a generation away from full resource collapse. During one of these missions, astronauts pick up six distinct lifeforms from an asteroid before crash landing back on our home planet. The crash, and a number of prior experiments that probably violate all sorts of laws and ethics, give Drake a notoriety that Eddie can’t help but poke at. So when he botches the interview by asking some very specific questions with information stolen from his own wide’s computer, Eddie’s life falls apart — until a certain black goo symbiote merges with Eddie and turns his life upside down.

What follows is director Ruben Fleischer’s signature mix of comedic flourishes amid violence and action, all presented in surprisingly allegorical tale that’s a fun take on the superhero origin story we’ve all seen too many times at this point. But instead of clunky armor, shields or gamma radiation, Eddie has an alien friend whose more violent and hungry tendencies bring with them some good, if stressful for our lead, times.

It’s this push-and-pull relationship between Eddie and Venom that becomes the highlight of the movie. Venom is his own entity with his own personality, and he needs to feed on human heads. Eddie is just trying to live his life and maybe get back together with Anne.

Their pairing is that of a classic odd couple — only, in this instance, one is constantly interrupting the other’s thoughts from inside of him. Sure, it makes Eddie look crazy. But if you’ve ever wanted to see Tom Hardy bite a lobster while inside a fancy restaurant tank, it’s a solid bit!

Also nice? The movie takes advantage of its Bay Area locale both by way of its numerous action scenes through the hilly streets and by commenting on the city’s homeless population. This is a movie where a tech billionaire is straight up killing homeless people. You can’t get that sort of action in a Tony Stark joint.

But, eventually, Venom‘s details are its undoing. Some glaring editing issues give the movie a very disorienting feel that’s clumsily masked only by its ever-increasing pace. Why do these characters end up in various spots at various times to do various things? The mind is not to question why with Venom.

Instead, as the movie presses on, the audience is asked to just give in to one action scenes after the next, the quality of which varies from outstanding to Paul Greengrass-levels of dizzying. The action shines brightest when Fleischer uses slow motion to emphasize Venom’s abilities.

In general, Venom is… well, it’s just fine, I suppose. But if you find Hardy’s myriad of accents annoying, cheap CGI bothersome or lackadaisical storytelling a dealbreaker, it’s probably not for you.