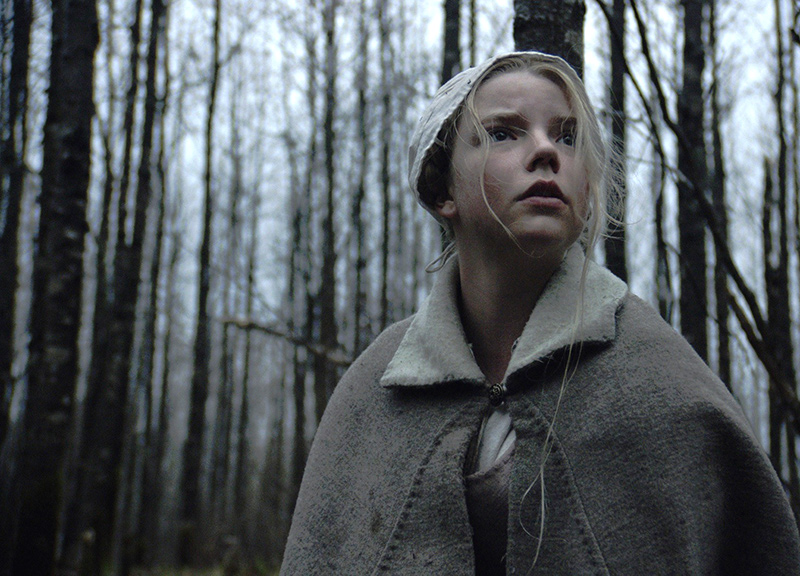 The horror genre is filled with movies that either directly rely upon or slyly attempt to subvert tried-and-true stylistic trappings. Sometimes, though, a movie comes along that manages to feel remarkably original, terrifying and unsettling.

The Witch is one such film.

With his debut feature effort, director Robert Eggers has crafted a moody and stylistic slow burn of a tale about a family's constant torment and degradation at the hands of an unseen entity. Built upon one of the most daring scripts in recent history, the film is set in Colonial America and follows a family that has been cast out of a township for some unknown religious dispute. Determined to push forward, they proceed to start a new life farther out on the frontier, settling their new home on the edge of the woods. But theirs is a hard life: The father, William (Ralph Ineson), is a very religious and stern man, but not a good hunter; and worse, he and his kin aren't particularly good farmers, either, as their crops rot during harvest.

And yet this family's difficult go at properly running their homestead is only the start of their problems. The real trouble begins when baby Samuel is taken literally in the blink of an eye while under the care of oldest daughter Thomasin (Anya Taylor-Joy) by an unknown entity. And so the family sets off on what the audience knows to be a futile search; in The Witch's opening minutes, the audience is shown what the family never sees, that Samuel has not only been killed, but ground to a messy paste and used as part of a spell that allows the film's titular terror to fly on a broomstick.

No, this film does not mess around.

The next 90 minutes is a slow eruption of paranoia spurred on by increasingly tense and escalating incidents. The cinematography only bolsters this sense. The movie is filled with beautifully ominous shots of nature — you have never seen a more terrifying hare, I promise — and some carefully planned symmetrical indoor shots that could be posters in their own right.

Eggers also went to great lengths here to make sure his movie felt as authentic as possible. The cabin where the family at the center of the story resides looks totally lived in and full of what appears to be period-authentic details, right down to the way they burn candles. This is a big selling point, but the dialogue from that time period was painstakingly researched to further the authenticity, too. To research that information, Eggers used court records and personal journals from the era.

The score too broods, recalling the There Will Be Blood score with its droning strings and percussion. Sometimes you hear it up front and sometimes it's almost difficult to hear, but it is a constant and ominous presence throughout the movie just the same, yet another element that amplifies the story's tension.

But for all of Eggers' efforts to make this film come off as authentic to the time, his movie also deals with modern issues like sexism and harassment. Though not the titular witch, eldest daughter Thomasin is constantly hounded by her family as if she is one. Furthermore, her mother even scolds her when her younger brother keeps looking down her shirt — like it's her fault. In The Witch, a teenage colonial woman is completely vilified for simply existing — something to which I'm sure many modern women with social media accounts can relate.

Religion too plays a major role here. While not outright critical of it, it's interesting that Eggers shows William to be the loudest and most devout in the family, and at the same time portraying him to be a bad head of house and a constant liar who hides behind his beliefs.

The cast on the whole is pretty amazing but the children are just so good here. Creepy twins Mercy (Ellie Grainger) and Jonas (Luacs Dawson) are riveting and wholly disturbing as they constantly torment their older siblings and as they seemingly communicate with a possibly supernatural black goat (a future horror icon!) called Black Phillip. Their brother Caleb (Harvey Scrimshaw), meanwhile, provides the most physical and downright freaky performance of the film.

If The Witch could be knocked for anything, it would be for how simple the story is and how deliberately slow the pace is. But these are simply stylistic choices from a first-time director who has turned in an undeniably impressive first effort. And, ultimately, its Eggers' confidence in his vision that sells The Witch.

This is not a horror movie that relies on jump-scares or even a scary monster to fuel its fire. The witch at the center of things is rarely seen but always felt, resulting in a master-class of atmosphere-building and emotion-wrenching.

The mark of a great movie is if it truly stands as an unforgettable one. With its many scenes that are guaranteed to be seared into your brain for years to come, The Witch passes that test with flying colors.