Things To Do On Thursday, February 18. 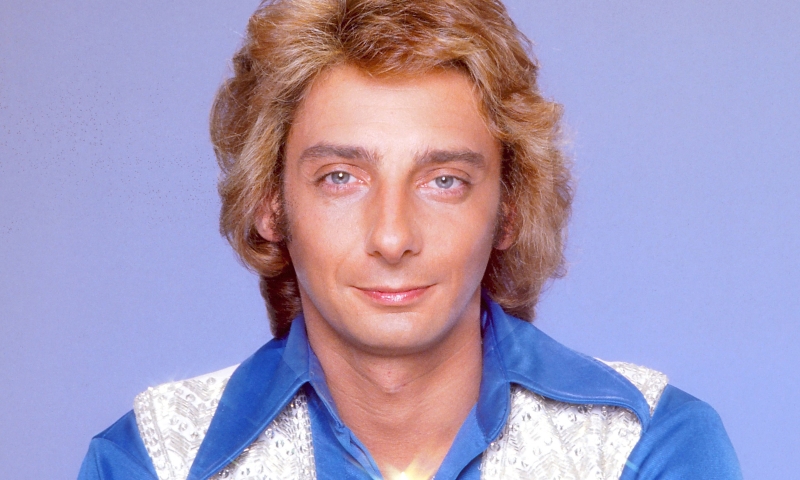 I've heard of missing the forest through the trees, but missing the tornado through the road rage is a new one. Apparently, though, a Florida man is lucky to be alive after yelling so passionately at all the terrible drivers around him that he didn't notice he was heading right for a tornado.

Don't let it happen to you, metaphorically speaking. As in, don't spend so much time complaining about how there's never anything cool to do in Dallas to miss great goings on like the following. — Cory Graves

Barry Manilow at American Airlines Center
Barry Manilow is on tour “one last time.” At least, that is what the tour is called. Who knows? He'll be joined by Michael Lington on saxophone to help deliver some of his most memorable, sultry tunes. Be sure to watch old Fresh Prince of Bel-Air episodes to get Carlton's dance down. You're going to need it. — Roberto Aguilar

Birds & Brews at Trinity River Audubon Center
Have you ever wanted to just let loose while bird watching? Not like let your hair down or sit around in your skivvies, but like have a few brews to the sweet sounds of nature. The Trinity River Audubon Center is giving you the opportunity to do just that. Start by walking the trails at night — with a flashlight of course — and then head to the deck overlooking the scenic butterfly gardens. There you can try a few brews from Shannon Brewing Company, Nine Band Brewing and Oak Highlands Brewery. Rare birds indeed. Easy Slider will be there to soak up any booze with their baby burgers. Tickets are $10. — RA

Busdriver at Rubber Gloves
Busdriver is, without a doubt, one of the most prolific independent hip-hop artists. He has released 10 studio albums in 15 years, not including his EPs, mixtapes and compilation albums. But he's prolific without overstaying his welcome. His rhymes have evolved and matured over time, yet he's sticks to his underground roots by working with up-and-coming producers. You can't mention West Coast hip-hop without giving props to Busdriver. S. Good, Tornup and Terrence Lindsey open. — RA

RARE Dallas at Lizard Lounge
RARE is a monthly show held by Lizard Lounge meant to showcase the hottest talent in hip-hop and electronic music. Lil Uzi Vert is an up-and-coming rapper who's been projected to break out in a big way this year, already working with the likes of Young Thug and Wiz Khalifa. Two Fresh will also be playing, a pair of twin brothers who blend together dance music and hip-hop. — Paul Wedding

Big Screen Gaming at Alamo Drafthouse (Richardson)
Street Fighter V came out a couple days ago, and Alamo is celebrating its release with a tournament sponsored by GameStop. The free tournament is bracket-style and will be played on 60-inch TVs around the theater, with the final match being played on the main 40-foot movie screen. — PW

SWMRS at Three Links
The California punk scene has long been immersed in surf-rock. Not much is different in 2016 with SWMRS and The Frights. SWMRS, hailing from Oakland, are incredibly uncouth and play fast as hell. The Frights aren't afraid to chew on their grooves a bit. Although, they are afraid of the dark, growing up and ghosts. — RA

Fresh 45s at RBC
Fresh 45s may have moved from its longtime home at The Crown and Harp, but not much has changed for the monthly. Now doing its thing at RBC, the idea behind the event is still to present an old school night of DJ-ing without using laptops. They'll be spinning actual vinyl 45s all night long. — PW

Art in the Dark at Amon Carter Museum
Art In The Dark is hosting a red carpet event inspired by the works of Thomas Hart Benton and his collection, American Epics. The night is not just a simple gallery event. There will be opportunities to make art, compete in a Hollywood costume contest and dress up a friend in a ridiculous attire. The David Brehm Trio will play some Hollywood hits while PicFlips snaps off photos for all to enjoy. There's even a popcorn bar, short films and gallery games. So, yeah, not typical at all. — RA

Arlo Guthrie at Bass Performance Hall
Arlo Guthrie, son of Woody Guthrie, is a folk musician who's been playing for five decades, and is currently on tour for the 50th anniversary of his first album, Alice's Restaurant. The album features his most well known song, “Alice's Restaurant Massacree,” an 18-minute long song consisting of one long monologue, recounting '60s counterculture and protesting the Vietnam War. — PW

Cash'd Out at Trees
Cash'd Out, the Johnny Cash tribute band, is the real deal. They've won four San Diego Music awards for best tribute band, and Cindy Cash, Cash's daughter, was brought to tears at one of their performances. Douglas Benson is a spot on impersonator of Cash's iconic voice. Plus, the band, Kevin Manuel on guitar, Ryan Thomas on bass and George Bernardo on drums, plays tight and is as close to the real thing you will get. '90s country cover band Straight Tequila Night opens. — RA

John Moreland at Kessler Theater
John Moreland's path through musical tastes is similar to most. He began writing songs at 10-years-old, and fronted a few hardcore-punk bands. Eventually, that grew tiresome. How long can you really be so angry and yell all the time? Plus, wearing tattered clothes and sticking yourself with safety pins can be get old. Thankfully, he got out of that rut, because his current musical styling is utterly enjoyable. His voice sounds pained, and his songs reflect that sentiment. You can't help but side with Moreland and his pain. Give him a hug. —RA

Cliburn Festival at Bass Performance Hall's Van Cliburn Recital Hall
The Cliburn Festival celebrates the greatest of American roots music. Some of the featured musicians include Ralph Votapek, Spencer Myer, Henry Kramer, Ava Pine, Jonathan Beyer and the Attacca Quartet. Each day celebrates a different genre. Tonight covers Americana at the Van Cliburn Recital Hall. Day two will feature jazz at the Scat Jazz Lounge. The third day will cover musical theatre at the Four Day Weekend Theater. Day four covers the music of Hollywood — hello, my honey! — at the Amon Carter Museum. And the fifth, and final, day is all about the classics at the Kimball. Tickets are $35 for individual concert days, $150 for general admission to all the concerts and $300 for VIP passes. — RA