Donald Trump To Speak At NRA Conference In Dallas. 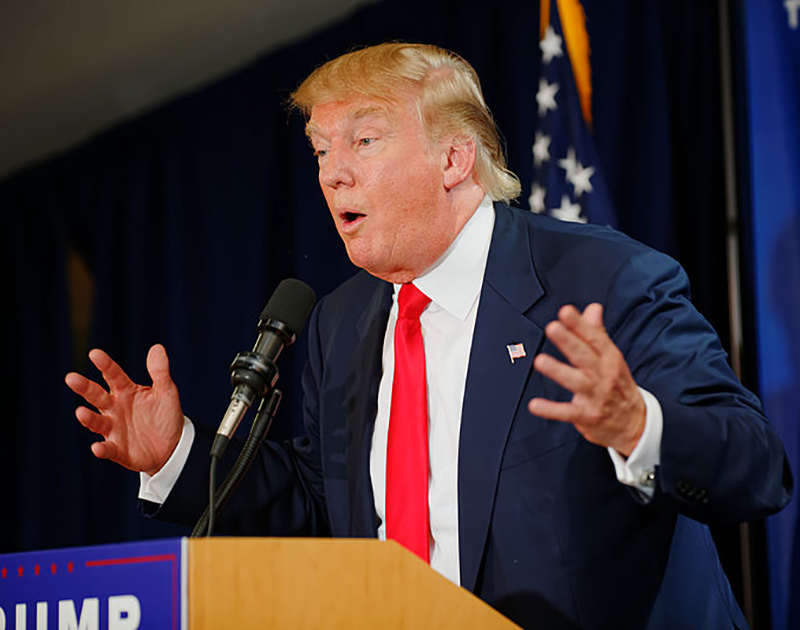 In Downtown Dallas On Friday, President Donald Trump And Vice President Mike Pence Will Both Address An NRA Event That, Rather Ironically, Has Banned Guns.

When the National Rifle Association’s Annual Meeting kicks off in Downtown Dallas this Thursday, some 80,000 self-proclaimed “patriots” will gather to show off their guns, to talk Second Amendment rights and to hear speeches from such high-profile Republican leaders as Vice President Mike Pence, Governor Greg Abbott and Texas senators John Cornyn and Ted Cruz.

And, we know now, they’ll also be hearing from President Donald Trump. Just this morning, it was announced that, for the third year in a row, Trump will be addressing the convention’s Leadership Forum, which will take place at Dallas’ Kay Bailey Hutchison Convention Center on Friday, May 4.

The appearance will be the president’s first of two stops in the city in as many weeks. On May 14, he’ll be back in Dallas to speak at a Republican National Committee-hosted dinner meant to raise money for his 2020 re-election campaign. But whereas tickets to that fundraiser start at $50,000 per individual, tickets to the NRA event are significantly more affordable: $10 tickets to the Leadership Forum are still available for purchase at the time of this writing.

It’s worth noting, though, that while a Hamilton will get you in the door, it won’t get your gun in with you: Despite the president’s adamant support of gun rights, guns will be banned at both Trump and Pence’s talks — a decision made by the administration’s own security detail.

“Due to the attendance of the Vice President of the United States, the U.S. Secret Service will be responsible for event security at the NRA-ILA Leadership Forum,” reads the FAQ answer for gun policy at the Leadership Forum, which had established this policy before the president’s addition to the lineup was confirmed. “As a result, firearms and firearm accessories, knives or weapons of any kind will be prohibited in the forum prior to and during his attendance.”

Pence’s appearance was announced a few days ago by the NRA via Twitter:

#ICYMI @VP Pence has just been announced to speak at the @NRAILA Leadership Forum on May 4 in Dallas, Texas during @AnnualMeetings #NRAAM #2A #NRA

Up until last night, CNN reported that the exact details surrounding Trump’s visit to the NRA event were still being finalized. We now know that he will indeed appear at the conference on the same day that Pence is set to speak.

Even before it was announced that the president and vice president would be participating in the event, protests like last month’s March for Our Lives event were already being planned. At the time of this writing, at least three different protests of the NRA  have been planned for Friday or Saturday.

The first protest, organized by Next Generation Action Network, will take place at at 6:30 p.m. at Dallas City Hall on the same day that Trump and Pence will be speaking at the Leadership Forum. Also on Friday, a “die-in” is scheduled to be attempted inside the convention center at 7 p.m. On Saturday, meanwhile, a Dallas United Against Gun Violence gathering — which appears to be rather similar to the Dallas United Against White Supremacy event from last summer — will take place across the street at City Hall, starting at noon.

Even so, in a state where very few concealed handgun applications are ever denied (less than half of a single percentage point of all applications, according to Texas Monthly), it would appear that Trump, Pence and the NRA are going to be in mostly friendly territory come this weekend.