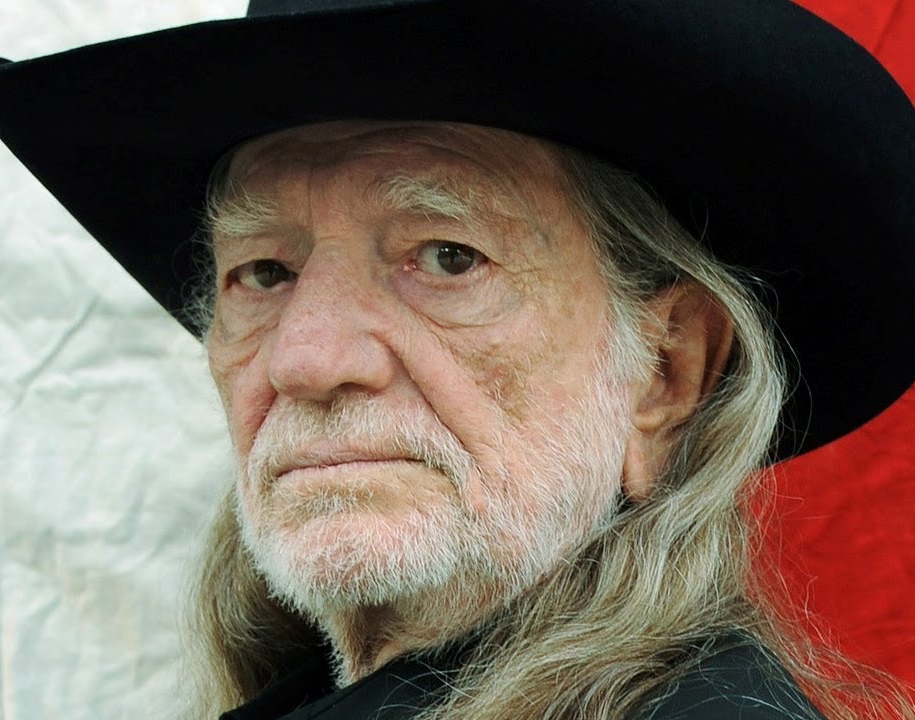 Don’t Let The Party Be Over.

Whether or not President-elect Trump gets around to building a wall between the U.S. and Mexico, and then back-charging it to them, there’s still plenty of his policies that may impact our trade with our neighborhors to the south. Most of all, some forecasters say they might have a big impact on Mexican beer imports.

So say some pundits: “The worry over the future of Mexican beer is not exactly tied to the president-elect’s views on immigration. Trump has said he is looking to fortify the U.S.’ trade policies, with his first 100-day agenda including going after NAFTA and imposing tariffs. His plans could possibly result in Mexican beer brands paying export taxes, beer ingredients such as barley seeing a price increase, and, most importantly, beach dwellers possibly having to pay a little extra to get their Coronas.”

So, um, drink them while you still can, I guess. And keep on living. This is the land of the free, after all. That said, here’s a boat load of ways you can flex your freedom by drinking and being merry this weekend. — Cory Graves

Loretta Lynn at Majestic Theatre
The Queen of Country Music released her first Christmas album since 1966 a month ago to remind everyone that she can still keep it fresh. — Obed Manuel

Attila at Gas Monkey Live
Not Billy Joel’s pre-“Piano Man” ‘70s psych/prog duo of the same name, this is some other, newer, heavier Attila. That Billy Joel, though, always full of surprises. — CG

Flock of Dimes at Three Links
Wye Oak’s Jenn Wasner recently kicked off the first solo tour for her bedroom pop side project Flock of Dimes, which rolls through Dallas this weekend. — CG

Free Underage Cook Kids Fest
This weekend, from November 11-13, Free Underage Cool Kids Fest will provide a three-day answer to that August town hall bitch session about how there’s not enough all-ages venues in Denton. Where and when these shows will go down exactly are things you’ll figure out if you are young and cool enough and not, say, a square Denton fire marshal looking to take your cues from your counterparts in Dallas. — CG

Peter Hook at Granada Theater
The former Joy Division and New Order man comes to Dallas with his backing band The Light to play the Substance compilation albums in their entirety. An after-party follows next door at Sundown. — OM

Rival Sons at Billy Bob’s
Rival Sons is currently touring with Black Sabbath, and though the legendary band isn’t coming with them to Billy Bob’s, it should speak volumes that they were chosen to be the opening act for one of music’s biggest icons – volumes being the key word, here. — OM

The Wonder Years at House of Blues
The Pennsylvania pop punk outfit stops in Dallas as it continues touring in support of its 2015 album No Closer to Heaven. Real Friends and Knuckle Puck open. — OM

Snow that Product at Trees
The locally-sprung West Coast rapper is just about halfway through her Halfway There Tour. And she’s bringing her sounds back home to Dallas. The rapper’s 2016 EP Halfway There Pt.1 came out this summer to much fanfare. Her shows, especially her Dallas ones, get muy packed. — OM

License to Ill 30th Anniversary at Dada
Local Beastie Boys tribute band Rhymin’ N Stealin’ perform License to Ill in full out on Dada’s back patio to celebrate the 30th anniversary of its release. — OM

Willie Nelson at WinStar World Casino and Resort (Sold Out)
One of two shots to catch the red-headed stranger play around these parts this weekend – assuming you snagged tickets early enough. — CG

Fetish Ball Beat and Greet at The Church
Unlike the other Fetish Ball events, this one doesn’t require a dress code, giving the prudish-but-curious among us a chance to dip their toes in the water, or butts in the spanking booth as it were. — CG

Bruce Wood Presents: Six at Dallas City Performance Hall
The mixed bill includes No Sea to Sail In, and a multimedia art collaboration. There will be a pre-show artist talk and a Q&A period after the show. — OM

Makin’ Bacon Pairings at Texas Ale Project
Texas Ale Project is releasing Oaty McOatface, its first oatmeal brew, and Pouring Glory is cooking up some bacon to pair with some of TAP’s other brews. It’s a hell of a way to do breakfast at night. — OM

The Hardline Live Remote at Wild Acre Brewing
Heave to and trice up and mill about smartly as The Ticket boys celebrate North Texas Beer Week with Tarantula Hawks in hand. — CG

Mural Reveal Party at West Village
Head on over to the reveal party for local artist Ricardo Paniagua’s latest work of art. Set just around the corner, between Taco Dinner and Malai Kitchen, admire and Instagram the colorful mural while DJ Christy Ray does her thing, but don’t miss out on sips and snacks from other West Village locals like Brewed+Pressed, Sushi Zushi and Nine Band Brewing. Free and fun? See you there. — Hannah Steiner

Untapped: Dallas at Fair Park
Over 400 beers from 100 different craft breweries and sets from TV on the Radio, Gogol Bordello, Kaleo, Lee Fields, Adia Victoria and several others. That’s what’s up. — CG

Best Maid Pickles Dill Dash at Coyote Drive-In
Dress up as a pickle or paint yourself green and run around the drive in to benefit the Make-A-Wish Foundation of North Texas. — OM

Willie Nelson at Billy Bob’s
Sure, Billy Bob’s and I were both technically born on April 1, but when you know you’ve got the de facto president of Texas coming through later in the year, it makes sense to put off celebrating your birth for a few months. So, now that Willie’s coming, we can finally get around to wishing the World’s Largest Honky-Tonk a happy 35th anniversary. — CG

ZZ Top at WinStar World Casino and Resort (Sold Out)
Like Willie last night, these Texans sold-out the casino across the border. — CG

Dallas Fetish Ball at The Church
Unlike Friday, there’s no street clothes allowed at The Church for this one. You can get your tickets — and attire for the evening — at Leather Masters. — CG

The Anniversary at Gas Monkey Bar N’ Grill
Twelve years after their breakup, Kansas rockers The Anniversary kicked off a reunion tour in September. Time – and a myriad of failed follow-up projects – heals all wounds. — CG

Mon Laferte at Trees
Though relatively unknown in the states, singer-songwriter, Mon Laferete is plenty huge in her native Chile, where she’s a judge in their version of The X Factor. — Calvin Cashen

ArtCon 12 at The Cedars Union
A total of 150 local artists challenge themselves to compose work within a 24-hour time limit on an 18 x 18 board. Then, at this event, those pieces get auctioned off one by one, and the money gets donated to local charity Music is Our Weapon. DJ Wild in the Streets, Blue, the Misfit and Sudie perform between rounds. — OM

214EVER Book Launch at Centre
Photographer (and former Central Track contributor) Mariah Tyler has put together a photo book chronicling the local hip-hop scene from 2012 through 2014. The 90-page paperback book includes more than 74 color photos and 16 pages of text from true-to-his-name fellow former CT contributor Rodney “Burning Bridges” Blu. Only 300 copies of the book will be printed, and they’re available for the first time at this launch event. — CG

Celebrity Car Show at Gas Monkey Live (Free)
The third annual celebrity car show starts at 10 a.m. The event is free and open to all ages. Some celebs will likely be in attendance, along with your favorite TV and movie vehicles. Sup, Batmobile?! — OM

Texas Classic Futurity at Lone Star Park
The last night of live racing at Lone Star for the season is highlighted by the richest race in the state, one that boasts an estimated $1 million. Gates open at 5 p.m., admission is just $5 and parking is free. — CG

Meat Fight at the Big Green Warehouse (Sold Out)
If you were lucky enough to get tickets for this year’s Meat Fight, don’t forget to go and stuff yourself with all the delicious meats. As always, proceeds this year go to the National Multiple Sclerosis Society. — OM

Decks in the Park at The Foundry
The free, daytime dance music festival will feature Damon Bell, Tony Schwa, DJ Love and several other artists. And fried chicken! — OM

Trinity River Run at Margaret Hunt Hill Bridge
If you hit up either the 4 p.m. half marathon or the subsequent nighttime 5K or 10K, tell ’em Large Marge sent ya. — CG

Bad Suns at Granada Theater
It sounds like Bad Suns avoided the dreaded sophomore slump with 2016’s Disappear Here. Alt Press hailed the album as the group’s “most dynamic and introspective work yet.” — OM

Big Smo at Gas Monkey Bar N’ Grill
You know those country songs that get shit for being really generic sounding and only singing about trucks and beer and blue collar work? It’s just like that, except with rapping over offensively bland country music. — Paul Wedding