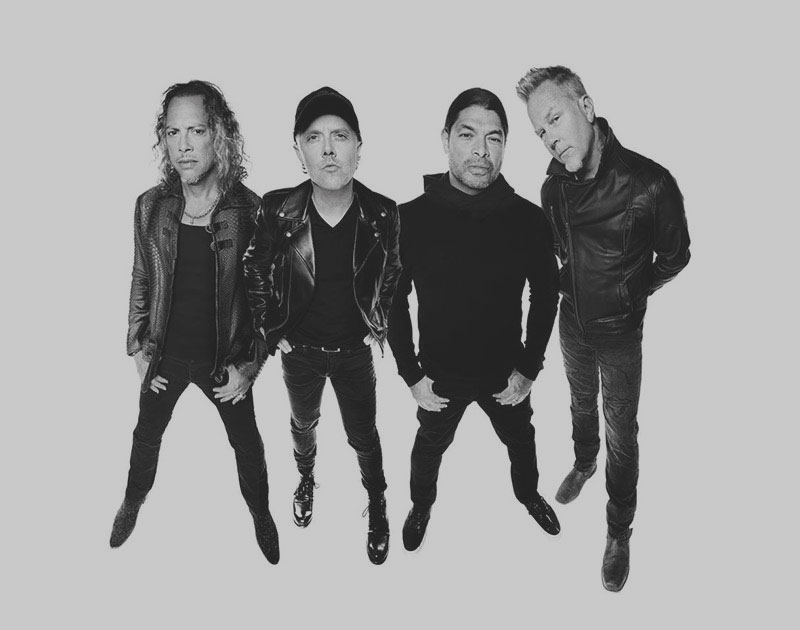 Enter Sandman With Metallica, Reach Higher With Scott Stapp, Go Bad With Sarah Jaffe Or Go Crazy With 44 Other Ways To Enjoy This Weekend In Dallas.

Did your week stink? Maybe.

But did it stink as badly as a wretched, maggot-covered road in Rhode Island? Probably not. But, hey, that’s what one guy got recently when he paved an access road on his property with unwashed clamshells, many with the meat still attached.

Sometimes you reap what you sow.

And, hey, reading the below list of the best options of things for you to do in and around Dallas this weekend should help you reap a fine weekend — no matter how stinky your past week was. — Alex Copeland

Passafire at Trees
Passafire pumps out reggae-rock beats with a pop vibe and stops through town to promote their sixth studio release, Longshot. — AC

Brave Combo at Kessler Theater
This legendary Denton-area band fuses polka, rock and half a dozen other genres into tunes that are hard to categorize but easy to dance to. — AC

Sarah Tiana at Hyena’s Comedy Club
Perhaps you recognize Tiana from her turn on Comedy Central’s Roast Battle? What about her regular appearances at @Midnight and Chelsea Lately? She’ll be in town throughout the weekend. — Pauline Esguerra

Kevin Farley at Hyenas (Plano)
The touring stand-up veteran and brother of the late comedy legend Chris Farley takes his act to Plano. Catch the show and maybe a follow-up discussion after the event on his new podcast, Kevin Farley On the Road. He’s here all weekend. — AC

Steven Michael Quezada at Hyena’s Comedy Club (Fort Worth)
You know him as Steven in Breaking Bad. He’s here through Sunday. — PE

Summer Block Party at Dallas Arts District
Usher in the summer with food trucks and fine art as Harwood and Flora are shut down to accommodate motorized eateries and foot traffic between the Dallas Museum of Art, The Nasher Sculpture Center and the Crow Collection of Asian art. Free general admission to all three. — AC

Jean-Luc Ponty: The Atlantic Years at the Granada Theater
Jazz fusion violin legend Jean-Luc Ponty and his band perform their material from the ‘70s and ‘80s in this historic Dallas concert hall. — AC

Blackberry Smoke at Billy Bob’s Texas (Fort Worth)
This Atlanta-based country-rock band is promoting their latest album, Like an Arrow in this Dallas gig. — AC

Doobie Brothers and Chicago at Starplex Pavilion
These two need no introduction. As the Brothers say, “just listen to the music.” — AC

Mr. Big at Gas Monkey Live
You remember these guys from the ’90s. They’re the ones who want to be with you. — AC

SoMo at the House of Blues
Denison-based pop artist SoMo returns to North Texas on the penultimate show of The Answers Tour. — AC

Swon Brothers at the Gas Monkey Bar N’ Grill
Pop country duo and former The Voice contestants Zach and Colton Swon swing on down from Oklahoma to perform. — AC

Summer Sale at Spinster Records
Prices are slashed up to 75 percent on books, clothes, jewelry, gear and – most importantly – records. — AC

Dear Rachel at Double Wide
If you like your music so sugary sweet that it’s borderline gross, this new Dallas band is for you. — PE

DreamStage featuring Quentin Moore + The DaxTones at the Kessler
The Austin R&B musician used Kickstarter to rent out this venue and buy a billboard to promote this free show. Least you could do is know about it. — PE

Graceland Ninjaz at Trees
Enjoy the resurrection of your favorite ’90s and early ’00s pop songs with one of Dallas’ favorite cover bands. — PE

Addison Summer Series presents Ray Johnston Band
Lean on the positive side of life at this kickoff to this free Addison concert series that’ll extend throughout the summer. — PE

Jamestown Revival on Tour de Fat at The Bomb Factory
A tour of beer, bikes, and bemusement. Show off your best costume, fellas. All the proceeds going towards this event will be go straight to local nonprofit organizations. — PE

L.A. Guns at Curtain Club
Which version of the Sunset Strip-spring L.A. Guns is this? Do we even care? — PE

Norman Brown, Richard Elliot, and Rick Braun at Majestic Theatre
A night of jazz, right in the heart of Downtown Dallas. — PE

Zane Williams at Lola’s Trailer Park (Fort Worth)
That Zane Williams can pen himself a fine country song. — PE

Best Little Brewfest in Texas at Old Downtown Lewisville
All roceeds go to Cloud 9 Charities in Dallas. Some of Texas’s best brews, wines, and food truck eats will be there to keep your tummy happy. — PE

Dallas Brew Bus Tour
Grab a drink with the old man and join the Dallas Brew Bus as they host their fifth annual Father’s Day event and feature three new brews on the tour. — PE

All Kid Cudi Everything at RBC
The All/Everything DJ crew takes on the catalog of the “Day & Night” rapper at this event, which, well, will only happen at night, and not during the day. Oh well! — Pete Freedman

The Hardknocks at Three Links
The West Coast punks in The Hardknocks take on Dallas as part of their Texas tour also featuring Revolucion Oi! and the Smart Boyz. — PE

Que Rico! DFW Latin Cuisine Festival at the Gas Monkey Live
There’s live music, dance shows and a kid’s carnival to distract your family while you stuff your face with over 20 local chefs and more than 60 specialty dishes to choose from. — AC

Jesse Dayton at Love and War in Texas (Plano)
This masterful Austin-based guitarist will belt out country-drenched tunes at this Plano performance. — AC

Shane at Alamo Drafthouse Richardson
If you see only one classic Western in your life, make it Shane. In a genre full of soaring landscapes and mysterious gunmen, this flick is the quintessential classic. — AC

The Bad Batch with Livestream Q&A at Alamo Drafthouse Cedars
Come see one woman’s journey through a dystopian hellscape — complete with cannibals, shantytowns and many a grindhouse reference. — AC