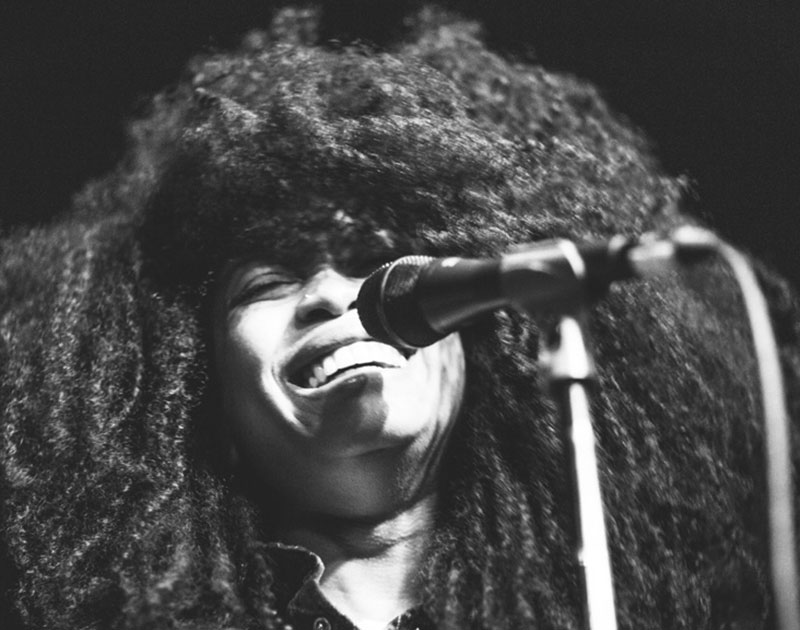 This Week, Erykah Badu Had Her Day.

Well, it’s that time of year, folks. School is out, the temperatures are rising and the concert calendar slows down for a little bit.

To that end, there really wasn’t too much Dallas music action this week — well, not within the confines of the city limits, anyway.

But, as always seems to be the case around here, when things do begin to slow down some, it’s the area icons whose prominence really stands out. And, once again, this week that burden fell to one Erykah Badu, who low-key had herself yet another strong week.

That’s because, in addition to it being revealed that the City of Houston named a day in its history after her late last month, Badu also made national headlines this week when it was announced that she would be joining her old pal Dave Chappelle in New York as part of a Radio City Music Hall residency he’ll host in August that will also feature appearances from Chris Rock, Donald Glover, Trevor Noah and The Roots, among others.

See? Even in a slow week, Badu makes waves. And, in turn, she takes home her 24th all-time No. 1 in our weekly Dallas music power rankings since we started doing these a little more than five years ago.

Following Badu this week are Leon Bridges and Kacey Musgraves, who were both tapped this week as openers on Harry Styles’ upcoming world tour and who both made other headlines this week, the former for announcing an upcoming birthday bash at the It’ll Do and the latter for linking up with Katy Perry for a sorta viral video.

Rounding out the top 10 this week, rapper T.Y.E kept earning props for his debut LP, the country punks in Vandoliers kept earning national press while out on their national tour, metal favorite Warbeast started filming its last-ever music video, rapper Mo3 caught a charge after being present at a Fort Worth nightclub shooting, the country-tinged psych-rock freaks Quaker City Night Hawks announced that it had wrapped up the recording on its next album, the indie punks in Lost Balloons saw their album debuted on Noisey and DJ Sober teamed up with the aforementioned Leon Bridges for that aforementioned July-set bash.

Lower down on the list, Snow Tha Product dropped a new Queen of the South-themed track, Boy Epic got a Playboy cosign, Sarah Jaffe will headline this week’s late-night at the DMA festivities, The News Can Wait dropped a new video, and Big Tuck reminded everyone why he’s such a beast when he popped up at T.Y.E’s album release show at Dada last weekend.

Elsewhere: Post Malone got a Future verse on one of his song’s remixes; Max Stalling headlined Billy Bob’s; Pearl Earl readied its new LP; Miranda Lambert shined at the CMA Awards; Pantera bassist Rex Brown announced a new solo album; and Wiccans and Eli Young Band, both of which sprang from Denton but neither of which sounds anything like the other, both prepped new LPs. 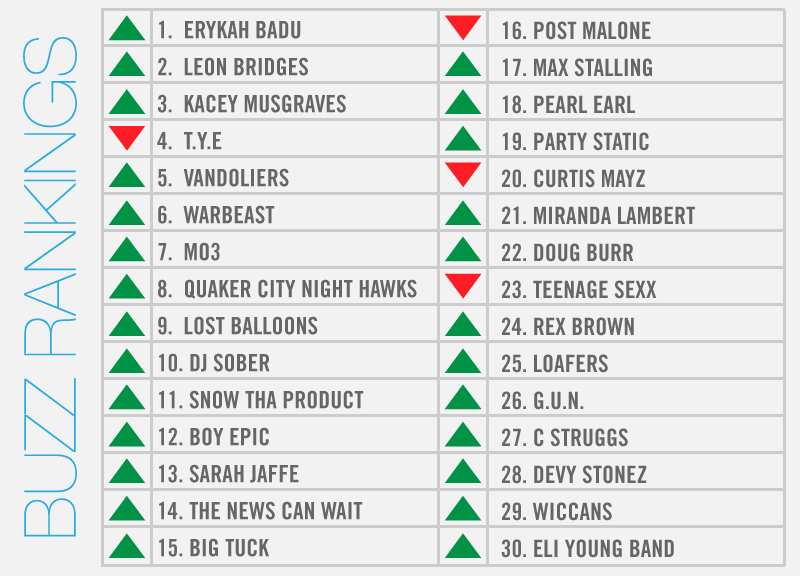