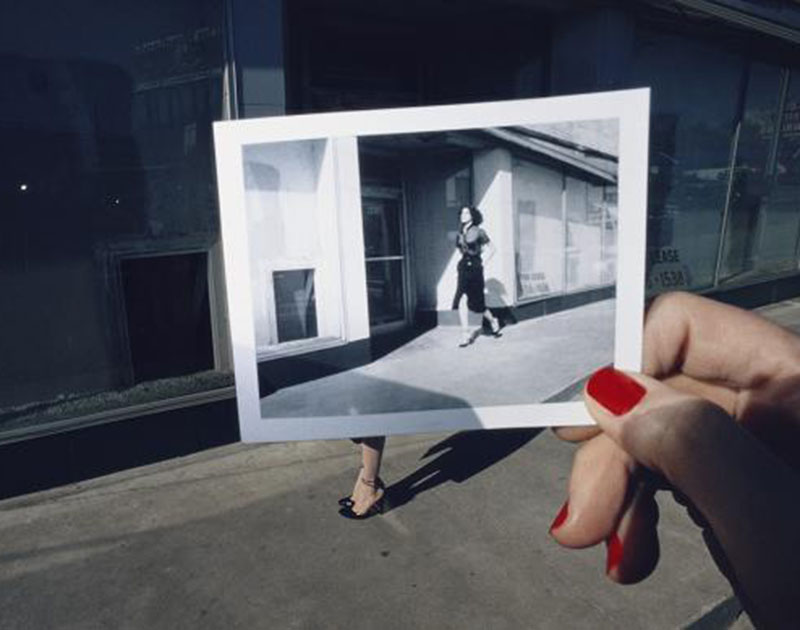 After Years Of Instant Film Being An Obsession In North Texas, One Area Museum Has Finally Taken The Cue And Booked An Exhibit On The Medium.

The last few years here in North Texas photography circles, it’s sometimes felt like everything’s been all Polaroid this or instant film that.

This trend began in the mid to late ’00s, as the popular Dallas-based music blog began earning national attention for separating itself from the rest of the bloggerati by taking Polaroids of its favorite bands and posting scans of those pictures to its site. A few years later, the Dallas Instant Film Society formed and began regularly hosting “polawalks” through various Dallas neighborhoods and events like the State Fair and Scarborough Renaissance Fair have become a regular thing.

Now it seems like everyone and their grandmother owns some sort of instant film camera. Or maybe it just feels that way because our Instagram feeds are so often clogged with pictures of printed photos that have been tagged with the hashtags #useinstafilm or #impossibleproject, that latter of which refers to the Dutch company that made its name by producing film that’s compatible with Polaroids and, just last month, saw its majority shareholder actually purchase the Polaroid brand.

But even with all of this attention and even with the Dallas Instant Film Society going so far as to host an annual event centered around the region’s instant film obsession called PolaCon — the 2017 version of which is tentatively scheduled for September 29  to October 1 — the instant film community in the area has mostly been limited to carving out its own intimate spaces to geek out over expired Polaroid film and old-school cameras.

Until now, anyway: Earlier this month, one of the more influential and important art museums in the region opened an exhibit that, while not exactly nodding to the forerunners of the area instant film obsession, sure seems to acknowledge that there is indeed a real artistic value to the medium of instant film.

On June 3, The Amon Carter Museum of American Art in Fort Worth opened up an exhibit called “The Polaroid Project: At the Intersection of Art and Technology” that will run until September 3. The exhibit explores the Polaroid company’s venture into the then-groundbreaking technology of instant film that it built its brand around, as well as the impact that instant film has had on art throughout the decades.

Attendees will be able to view large and small instant film prints alike on display at the exhibit, which has been curated to showcase the experimental nature of instant film and has been paired with interactive displays to help explain the chemical processes behind the production of an instant photograph. In total, the exhibit features 175 total images from a roster of more than 100 combined photographers.

Better still? Unlike instant film, which is increasingly expensive as its supply continues to dwindle, attending the exhibit is not a costly venture as free tours of the exhibit are available Thursdays through Sundays at 3 p.m.

“The Polaroid Project: At the Intersection of Art and Technology” runs through September 3 at the Amon Carter Museum of American Art in Fort Worth. Head here for more information. Cover photo courtesy of the museum’s web site.