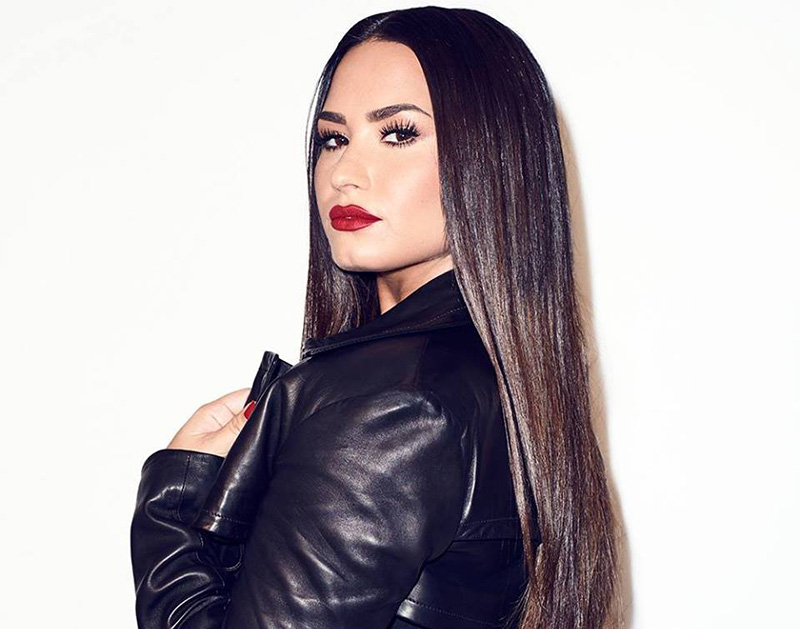 In terms of progress, Medieval Times probably isn’t the place you’d probably look to to see if the gender glass ceiling has been broken.

But that kind of thinking just goes to show you that anyone and any entity can indeed be a more inclusive force. The Irving-based entertainment company started rolling out a new story line recently that features a queen instead of a kind  — for the first time in 34 years

The move comes after the company received feedback from its guests that they would like to see  women in more prominent roles. The new story also brings new costumes, new music and new shiny armor.

So while some knight on knight action at Medieval Times is always a good daytime option for some fun, you still need things to do at night this weekend. And fortunately for you, there’s a whole list of things to do in Dallas this weekend sitting right below.

Demi Lovato at House of Blues
Demi is touring the world ’round nowadays, but the North Texas local is always in our hearts. And between today and a month from now, she’ll put on two shows. This sold-out intimate one and then a massive one at the AAC on March 7 with DJ Khaled. You had to have a certain credit card to get into this one, though. Oh, capitalism! — OM

Matty B at Majestic Theatre
What a treat that Dallas gets to host the distinguished musical talent of MattyB. He’s simply on another level. Everybody else is in 6th grade, this boy is a freshman. But, really, I think he’s in 6th grade. The Haschak Sisters also perform — Roberto Aguilar

Silverstein at Gas Monkey Bar N’ Grill
Canadian post-hardcore outfit Silverstein is on its ninth album, thus proving to parents everywhere once and for all that this sound is not just a phase, but a way of life. Broadside and Picturesque open. — Porttia Portis

Toilets and Tiaras at Double Wide
This uncommon pageant that features drag queens competing for title of Lil’Miss 2018/19 Texas Elite All Star Classic kicks off at 10 p.m. — OM

Slow Motion with Blue, The Misfit. at Independent Bar & Kitchen
Blue, The Misfit. kicks off his new series at IBK where he’ll be keeping the mood chill with smooth R&B sounds. The music starts at 10 p.m. — OM

Stars Over Texas Boxing at The Bomb Factory
Ray Ximenez will try to make Dallas proud as the hometown fighter takes on John Vincent Moralde. The fights start at 6 p.m. — OM

Naked Girls Reading at Margo Jones Theater
Kink takes over the Margo Jones Theater tonight as four ladies will take the stage tonight to discuss literature, art and politics — all while naked. Don’t be a dick about it, though. It’s about the art. — OM

Laugh Your MASS Off at Main at South Side
Rocker Mishka Shubaly headlines this night of laughs and rock and roll during which locals JT Habersaat and Dalton Pruitt will also perform. — OM

Dr. Jekyll & Mr. Hyde at Theatre Three
In this new version of Dr. Jekyll and Mr. Hyde, multiple actors will tackle the role of Mr. Hyde in order to showcase the many facets of the villainous character’s personality. Showings through the weekend. Click the link above for showtimes. Show starts at 7:30 p.m. Showing at 8:00 p.m. — OM

Hasan Minhaj at SMU McFarlin Memorial Auditorium
The Daily Show senior correspondent is stopping by SMU at this event hosted by the Muslim Student Association. Tickets are free and the event is open to the general public, but registration is required. Per the MSA, students will be given preference, so be sure to show up early and nab a spot. — OM

Action Figure Photography Art Show at The Lost Toys
Celebrate the toys that brought you so much joy as a child and your adult passion of photography. The fun starts at 11 a.m and runs pretty much all day. — OM

Midnight Madness: Sixteen Candles at Inwood Theatre
Can you handle even more Bratpack Movies? What’re we talking about? Of course you can. Movie kicks off at — well, midnight obviously. — OM

Cupid’s Undie Run at Trees
Run wild at this four-hour party. Start off outside Trees and then have about a mile-long run. Then head inside and party and raise money for the Children’s Tumor Foundation. — OM

Mind Spiders Album Release at Three Links
Celebrate with the Funkytown alternative rock band as it celebrates the release of its newest album, Furies, an album that carries a heavy influence from ‘80s-style synth pop. Kira Jari and The Eggshells open. — OM

Dr. Jekyll & Mr. Hyde at Theatre Three
In this new version of Dr. Jekyll and Mr. Hyde, multiple actors will tackle the role of Mr. Hyde in order to showcase the many facets of the villainous character’s personality. Showings through the weekend. Click the link above for showtimes. Show starts at 7:30 p.m. Showing at 8 p.m. — OM

Renner Frankford Library Friends Book Sale
If you’re looking to get some books on the cheap and are in north Dallas, might as well stop by and peruse the stock the nice folks at the Renner-Frankford Branch of the Dallas Public Library have in up for sale. Paperbacks will be up for sale for just $2. The sale runs from 10-3:30 p.m.  — OM

Weezing at Double Wide
The Weezer Tribute band will be playing all the hits from Pinkerton to Make Believe and even Raditude. Opening for the band will be Marilyn Hanson. Wonder who they cover? — OM

The Devil Makes Three at Granada Theater
The Americana bluegrass outfit from Santa Cruz, California is taking the stage at Granada after The Huntress and Holder of Hands open the show. — OM

Monster Jam at AT&T Stadium
Just big trucks crushing little cars. And yes, of course Grave Digger is going to be there. — OM

Fourth Annual Waxahachie Guitar Show at Waxahachie Civic Center
This two-day event where you can see all the cool guitars and gear runs from 10-5 on Saturday and from 10-4 on Sunday. — OM

Gin Blossoms at House of Blues
Are the Gin Blossoms Arizona’s version of the Toadies? Think about it: They had one massive radio hit in the early ’90s, “Hey Jealousy,” followed by three just-as-good-but-not-quite-as-popular singles in the next couple of years. They broke up in 1997 and re-formed in 2002 with most of the core members returning and released three albums most folks outside of the region have never really given much of a chance to. Anyway, both play in town this weekend. — Cory Graves

Cannabis Open Carry Walk IV at Belo Garden Park
A group of folks is gathering to protest Texas’ prohibit cannabis laws. And they want to be very clear: this is not the place to find new plugs. And though the name is pretty aggressive, it’s also not an opportunity to smoke weed out in public because — contrary to popular belief — weed is not legal in Dallas. — OM

DAM Awards Showcase at Studio E (Denton)
Before denton culture blog The Dentonite hands its awards on February 16, check out seven of the bands who are nominated for awards. The showcase starts at 5 p.m. — OM

Hops For Haiti at Deep Ellum Brewing Company
A $35 ticket gets you into this fundraiser that will benefit buildOn, an initiative that aims to increase literacy and education levels. The group has partnered with Dallas International School to build schools in Haiti, a country that has been reeling since the 2010 earthquake. — OM

Mamoun’s Falafel Grand Opening (McKinney Avenue)
The falafel spot will celebrate its grand opening with an 11 a.m. kickoff and the staff will be raffling off sweet gear from the falafel spot. — OM

Boyz N The Hood at Texas Theatre
The Black Cinematheque Filmmaker Series kicks off with a screening of this John Singleton classic about life in the ghetto and the challenges faced by the Black community. Screening starts at 5:30 p.m. and tickets are just $1. — OM

Scott Bartlett (Of Saving Abel) at Prophet Bar
The Saving Abel guitarist stops in town to play tunes from his 2014 EP Tales From The Road. Opening for him will be Chris Johnson. — OM

Dr. Jekyll & Mr. Hyde at Theatre Three
In this new version of Dr. Jekyll and Mr. Hyde, multiple actors will tackle the role of Mr. Hyde in order to showcase the many facets of the villainous character’s personality. Showings through the weekend. Click the link above for showtimes. Show starts at 7:30 p.m. Showing at 2:30 p.m..

RC & The Gritz Pop Up Show at Three Links
The local jam band will play this free show starting at 9 p.m. So booze up and boogie. — OM

All Justin Timberlake Everything at RBC
Did you watch that Super Bowl halftime show? Oh, man, did you see that selfie kid? What a hoot! Anywho, he won’t be here tonight, but the All Everything crew will invoke his presence by playing JT’s jams. — OM

The Blood of Jesus at South Dallas Cultural Center
The Black Cinematheque Filmmaker Series continues with this film that was shot near Dallas back in 1941. The film with an all Black-cast follows the story of a woman who is accidentally shot and killed by her husband. Her spirit is then courted by the forces of heaven and hell. — OM

The Bleeding Hearts Ball at The Church
A $10 cover gets you into this event benefiting the Heart of Gold Foundation of North Texas. The party will feature performances from Arty Dodger, Emma D’Lemma, Lady V and Amy Henderson. — OM

Moulin Rouge Movie Party at Alamo Drafthouse Cedars
Sing along or just enjoy the hell out of this classic starring Nicole Kidman and Ewan McGregor. Showing starts at 4 p.m. — OM

An Evening Concert with Doug Burr at Small Brewpub
An intimate evening with the folk, indie Denton singer-songwriter. Ten bucks gets you in and the music starts shortly after 7 p.m. Mimo Morreale also performs. — OM

Thin Line Comedy Speed Dating at Dan’s Silverleaf
You get 10 minutes to chat up the lovely in front of you and you get a comedy show in between those chat rounds from the likes of Taylor Higginbotham, Joey Johnson and several more local funny people The proceeds go to Thin Line Fest to keep it free as always. — OM

Valentine’s Tour at Community Beer Company
If you and your beloved are into the craft brew scene, book this romantic, in-city getaway. The bus leaves Community Beer Company and will head to Lakewood Brewing, On Rotation and will then head back to Community. Tickets are about $65, but they get you samples at each brewery, snacks from LUCK and a commemorative snifter glass. — OM

Jimmie Vaughan at Kessler Theater
Another Oak Cliff native, this blues rock guitarist has much more under his belt than just being Stevie Ray Vaughan’s older brother. Let him show you at this surely riff-heavy performance. — Pauline Esguerra

We Love The ’90s at Dallas Eagle
DJ Benson Wilder will be playing all your favorite jams from the ’90s. — OM

Mardi Gras Afterparty at The Wild Detectives
And after the parade ends, why not chill out at one of the Bishop Arts District’s chillest spots with a good book? — OM

Newcastle United vs. Manchester United Watch Party at Henderson Tap House
Join the Dallas Reds crew as it sits down to guzzle pints of lager when the Boys in Red travel up to Newcastle to take Newcastle, a team sitting fighting to stay in the Premier League. — OM

Faces Places at Texas Theatre
A filmmaker and photographer set out to document people living in small French villages and this Oscar-nominated documentary is the proud result. — OM

Tarot Readings at Lucky Dog Books
What does fate have in store for you this month? Only one way to get a sneak peek. — OM