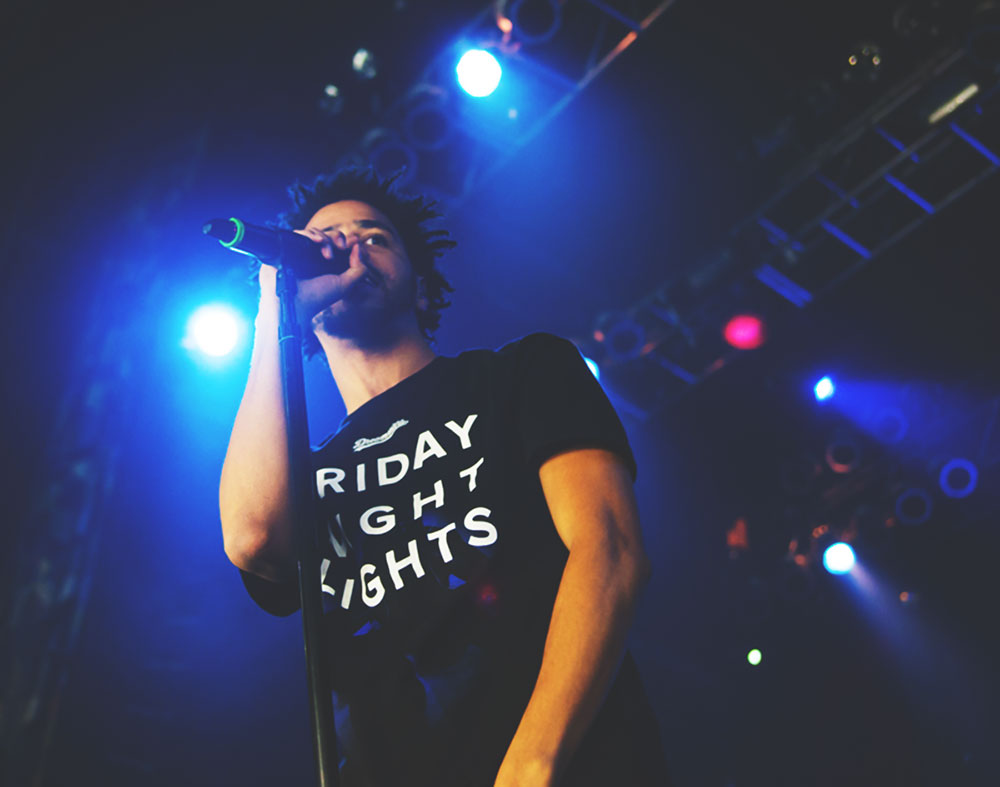 After a week-long run of lineup announcements in which it was revealed that Migos, Cardi B, Kevin Gates, Playboi Carti, Bun B and more would be taking part in the 2018 edition of JMBLYA, the ScoreMore-produced festival announced today the final addition to its bill — a true headliner in the form of North Carolina-sprung rapper J. Cole.

The festival, which this year appears to be dropping EDM from its mix while adding Houston to its long-firm stops in Dallas and Austin, will kick off its three-day, weekend-long Texas run at Dallas’ Fair Park on May 4.

It will be Cole’s first time performing in Dallas since headlining the American Airlines Center in August of 2017, and his first time headlining a festival in the area since he did so at 2014’s Suburbia Festival in Plano. But the head of the Dreamville set has long established himself as a favorite in the North Texas region — a reputation built up since long before the Dallas Mavericks drafted his pal and fellow Fayetteville hero Dennis Smith Jr. to their squad in last year’s NBA Draft.

In 2014, you may recall, Cole surprised one of his Dallas superfan’s house to preview for her his 2014 Forest Hills Drive LP before its release. The next year, he surprised all of his area fans by performing a $1 concert at the House of Blues.

Attendees of this next area J. Cole performance will have to pay considerable more than a buck for the privilege, as tickets start at $70 a pop right here. Of course, in exchange, they’ll be seeing a pretty boss lineup of established and up-and-coming rap acts alike.

Head here for tickets and for more information on JMBLYA — and sooner than later, too. If last year’s numbers are any indication, they’re only selling 25,000 of these tickets. (LOL.)