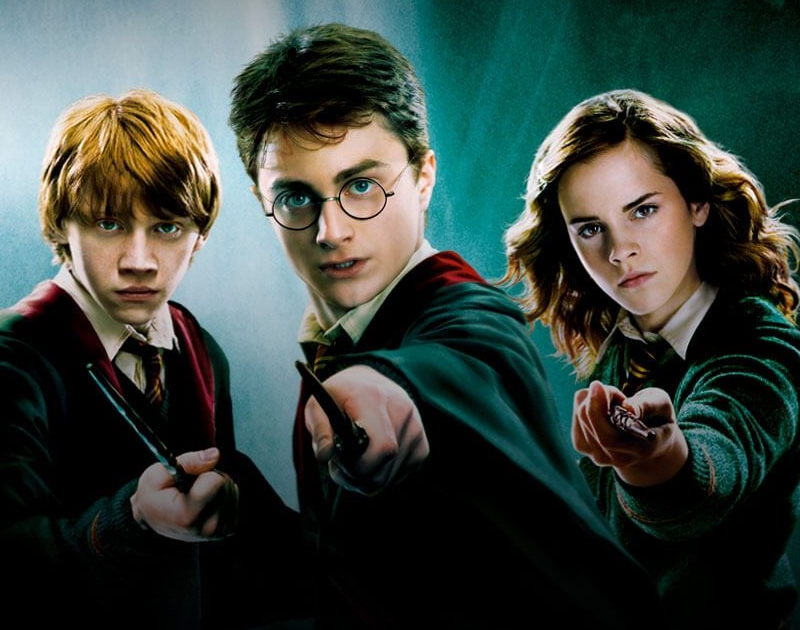 Break In The Rangers’ New Entertainment Complex, Go Platinum With Miranda Lambert, Dive Into Some A-List Pool Parties, Take In A Fight Night, Swear You’re Up to No Good by Sneaking Into the World’s Largest Harry Potter Convention.

If you live in England, one of your biggest annual fun-time outings involves watching snails race. That’s not a euphemism, like, they actually gather round to watch live bugs go “ready, steady, slow.”

Fortunately, here in Dallas-Fort Worth, there are far less slimy options on any given weekend. And far more of them. Here they are all in one place, organized so they can be read faster than a famous English racing snail’s storied pace. — Cory Graves

Bleachers at Texas Live
The Texas Rangers may have to ride out another three seasons of summer heat before their new covered stadium opens in 2021, but a portion of the team’s new facilities is set to open by summer’s end. Butting up to the new stadium, the seven-acre development dubbed Texas Live includes 100,000 square feet of restaurant, bar and retail space, 35,000 square feet of convention space and a 300-bed, high-rise luxury hotel. It’ll also host big concerts via its 5,000-capacity event pavilion to be called Arlington Backyard – like this one with Bleachers and Joy Wave. It’s just $15 to check out the new digs. — CG

Legacy Fighting Alliance 47 at The Bomb Factory
The main event of this MMA card is the featherweight interim title bout between Damon Jackson vs former champion Nate Jennerman. The event, which also airs on AXS TV, also features a fight between Levi Mowles and Charles Cheeks III, among others. Let’s get it on! — CG

DJ Snoopadelic at Lava Cantina
It’s the Snoop D-O-Double-G on the ones and twos. — CG

The NeverEnding Story at Inwood Theatre
Having a luck dragon with you is the only way to go on a quest. Find Falcor and Co. on the big screen both Friday and Saturday at midnight. Never give up and good luck will find you. — CG

G-Eazy at Dos Equis Pavilion
Some folks on the internet have been blaming the “Me, Myself and I” rapper for friend Demi Lovato’s falling off the wagon. It’s not a hard conclusion to jump to, as the pair have been seen leaving nightclubs together recently, G-Eazy raps about drugs, and he had to cancel a show in Canada not too long ago because he had cocaine on him and couldn’t cross the border. Anyway, Ty Dolla $ign, YBN, Nahmir, Murda Beatz and P-Lo also perform. — CG

QuakeCon at Gaylord Texan
id Software’s annual gaming convention/celebration of that time they invented DOOM, Quake and Wolfenstein goes down through the weekend. Expect panel discussions, tournaments and a BYO computer portion for the mother of all LAN parties. — CG

Love Never Dies at Bass Performance Hall
Andrew Lloyd Weber could have called his 2010 musical Phantom of the Opera 2: Electric Boogaloo, but he, um, went a classier route. The new (by comparison) Phantom sequel is in The Fort for the next couple weeks. — CG

Leaky Con at Dallas Convention Center (Sold Out)
Hope you have an invisibility cloak to help you sneak into this sucker, because tix to the world’s largest Harry Potter convention are all gone. It returns to Dallas August 9, 2019, though. — CG

CineWilde Presents: Psycho Beach Party at Texas Theatre
This campy 2000 flick is a double parody of ‘60s beach movies and ‘80s slasher flicks. It stars Amy Adams and that dude that played Greg on Dharma and Greg. — CG

Daniel Markham Does Neil Young at Andy’s Bar
Just back from an East Coast run, Markham’s returning home to play someone else’s tunes with an all star cast of Denton cats. Scott Danbom, Tony Ferraro, Ryan Thomas Becker and Grady Sandlin will all be on backing duty, and a screening of Neil Young’s Rust Never Sleeps follows. — CG

Frankie Leonie (Single Release) at Spinster Records (Free)
At the epicenter of Dallas’ increasingly hot Americana scene is the Modern Electric Sound Recorders studio, which is where most of that stuff seems to be made. It makes sense, as whether one chooses to work with Beau Bedford (as Ms. Leonie did) or another of the studios’ in-house producers, you’re bound to get a Texas Gentlemen or two playing on your material. That’s the case here on “Johnny Cash,” as Nik Lee, Scott Edgar, Daniel Creamer and Grammy-winner McKenzie Smith have all chipped in and played on the young Leonie’s earliest sound samples. To celebrate its physical release, Cole Risner, Vincent Neil Emerson and 40 Acre Mule frontman J. Isaiah Evans will all join Ms. Leonie in playing acoustic sets. Its free, as is the cider. — CG

Poster Children at Dada
The punk classics just put out their first album in 14 years. It’s all about Trump, who has a particular talent for drawing old liberals out of retirement. — CG

Electric Feels Indie-Rock Dance Party at 2513 Deep Ellum
Like the recurring emo nights at this venue, Electric Feels is another Los Angeles based recurring dance party deciding to expand to Dallas. Expect a heavy dose of Phoenix, The Killers, etc. at this one. The first 50 folks in line get in for free. — CG

Miranda Lambert, Little Big Town at Dos Equis Pavilion
Mainstream country’s punk rock queen, Lambert, and the outfit responsible for one of the genre’s biggest hits in memory (LBT’s “Girl Crush”) will each do their own sets. But the real fun will start when they all come out and party at the end, trading hits and singing on each other’s material. — CG

Dallas Margarita Festival at Ferris Wheelers Backyard & BBQ
When it comes to the Dallas-born drink, all us locals have strong opinions. We all have one or two we think far superior to the rest. Come sample them all in one place, and then make your voice heard! — CG

The Roast of Ross & Rachael at Dallas Comedy House
The DCH makes a habit out of roasting fictional characters Friars Club style. This time the most annoyingly will-they-won’t-they couples of the ’90s will feel their wrath. — CG

Photo Swap Meet at Dallas Center for Photography
Over 30 tables of vintage equipment and other rare and/or otherwise odd pieces to add to your toy box, er, um, arsenal. — CG

Culture Jack | Vol. 1 at Ruins
Culture Jack touts itself as a place where unlikely, oft-experimental collaborations might occur. In their words: “It is a place where poetry will meet rock music, where hip-hop will meet opera, where dance meets visual art, and where all sorts of genres and disciplines will collide.” And it all goes down at one of the neighborhood’s best new music venues.

Waylon On Ya at Double Wide
A night of Waylon and whiskey, courtesy of Dickel. The Raised Right Men – and special guests, including Joshua Walker, Josh Lowe, Nathan Mongol Wells, Mike Randall, Frankie Leonie and more – will be doing all Waylon everything all night long. With plenty of whiskey specials from the aforementioned sponsor, like $5 dick picks. — CG

Dennis Hopper’s The Last Movie at Texas Theatre
Rebel Without a Cause writer Stewart Stern and Easy Rider actor/director Dennis Hopper’s pet project sank major studio dollars into an abstract arthouse piece that wasn’t particularly well-received by audiences or critics at the time. The film-within-a-film’s title also proved fortuitous, as it also got Hopper pseudo-blackballed from Hollywood for a decade. Live music from Mutant Wave, Pi, Midnight Opera, Teen Slut and BATHHØUSE follows the screening. — CG

Ridglea Metalfest at The Ridglea Room
The bodies is gonna hit the floor all damn day at this mega-sized metal show headlined by Drowning Pool. Playing throughout the rest of the day are [*takes a deep breath] Bury your Dead, Lockjaw , Big Iron, Adakain, Secret of Boris, Leroy the Prophet, BlackStar Republic, Driven Below, Negative 263, Redefine, Addnerim, Innrcor, Primal Concrete Cowboys (Pantera Tribute), 100 Proof Hatred, Kill for Mother, Wake the Fear, Under Oblivion, Saints Can Lie, The Marla Singer, They Were Giants, Outline in Color, We Divide, Orchards, Onward We March, Dispositions, Not My Master, Sylo, Homesick Alien, LUD and Deceived by the Fallen. — CG

King Camelversary at Three Links
The beloved local booker celebrates five years in business by – what else – throwing the club show of the weekend. Playing this one is A Giant Dog, just about the best damn live band going, along with Sub-Sahara, Rosegarden Funeral Party and Lizzie Boredom. — CG

Alison Wonderland at South Side Ballroom
Alison Wonderland is an Australian DJ who took her classic musician roots and applied them to her music production. Her music features intricate arrangements, with highs and lows to draw in the listener and take them on a journey. She manages to make solid mixes with excellent vocals that accomplish more than an average DJ music set. — Paul Wedding

Kina Grannis at Dada
Grannis uploaded her first video to YouTube back in 2007 in order to enter a Doritos contest. Ultimately, she won and the video played to 95 million people watching the Super Bowl that year. She’s since kept it up, amassing over 1.3 million followers on her YouTube channel, racking up millions of monthly listeners on Spotify and allowing her to self-release albums that do quite well. Imaginary Future opens. — CG

Gorgon City at Stereo Live Dallas
Gorgon City is a purveyor of deep house. It’s a beautiful rave type of situation going on in the City of Bass. If you’re into all of that shuffling, neon light twirling and most importantly drugs like ecstasy, this is your heaven. — H. Drew Blackburn

Flatland Cavalry at Granada Theater (Sold Out)
The popular Lubbock country outfit recently parted ways with its fiddle player. They’re currently auditioning new ones. Who knows, maybe, if you the difference between a violin and a fiddle, it could be you! Kaitlin Butts and Cody Bryan Band open. — CG

Cool Out at Off the Record
The LG’s coolest party of 2008 returns to its current Deep Ellum home for its monthly, second Saturday offerings. — CG

Low & Slow North Texas BBQ & Music Festival at The Longhorn Ballroom
A dozen top local barbercue spots are feeding the fam today. Zane Williams, Bri Bagwell, The King Bucks and Simon Flory will play tunes while the meat settles. Another dozen craft beer and spirit makers will be on hand to help wash it all down. — CG

Godsmack, Shinedown at Dos Equis Pavilion
Remember when Godsmack’s hit song “I Stand Alone” was use for the trailer for The Scorpion King, starring the incomparable Dwayne “The Rock” Johnson? It’s still hilarious. — Chase Whale

Charlie Wilson, Monica at The Theatre at Grand Prairie
Charles Kent “Uncle Charlie” Wilson is, perhaps, best known for his stint as the lead singer for ’70s funk outfit The Gap Band. Since then, he’s kept on trucking along, earning nine Grammy nominations for his solo work. And he’s arguably more relevant than ever. That is to say, his No. 1 song “There Goes My Baby” was Billboard‘s top “Urban Adult” song of 2009. — Lauren Rushing

Aqua: Cray at SiSu Uptown Resort
Dive into one of the only pool parties this weekend to boast a world class DJ and bottle service. — CG

Cookie and Beer Pairing at L.U.C.K.
Four specialty cookies from Pirate Cookies, specifically paired with brews from Martin House, Franconia, Rahr and Pegasus City. What will they pair next? — CG

Ninja Sex Party at The Bomb Factory
Some shows would be better if the name on the marquee was a description and not just the band’s name. — CG

Summer Sundaze: Decks at the Pool at W Dallas Hotel
A poppin’ pool party high above the Dallas skyline – with a wet bar, to boot. — CG

Rangers Away Game Watch Party at Texas Live
The Rangers aren’t in town, but you can catch their game against New York at the newest portion of the team’s facility. — CG