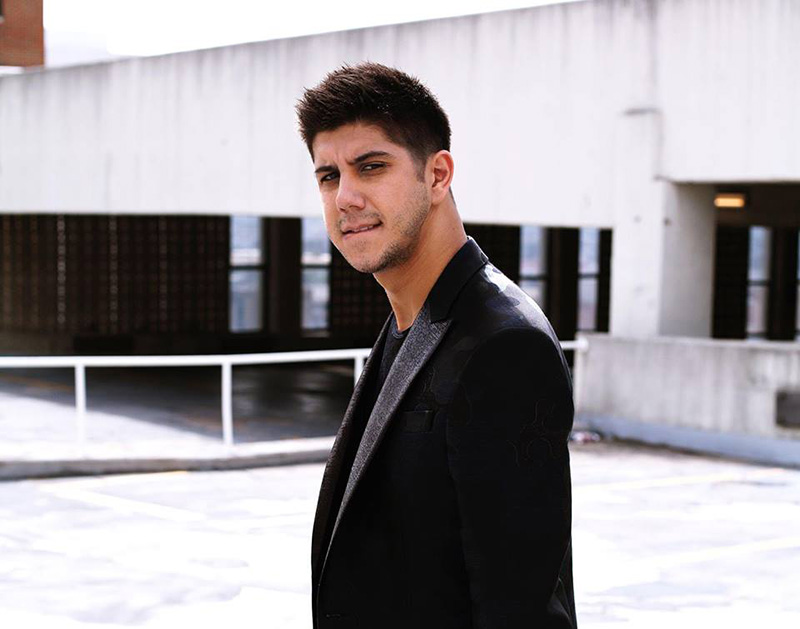 Party At The Old 97’s County Fair, Ride With SoMo On The Reservations Tour At Canton Hall And Dance A Cumbia Morada With La Santa Cecilia At Trees.

Were you looking forward to Rampage starring Dwayne “The Rock” Johnson?

Oh, damn. You were. Maybe these next few ‘graphs aren’t for you. Feel free skip straight to the bottom of this article for the full list of weekend happenings.

For those of you trying to get a feel for how lackluster this film is, here’s what our movie reviewer Javier Fuentes had to say: “… the movie doesn’t know what it wants to be, and ends up as a ramshackle blend of goofy buddy action comedy and bloody creature feature — and without the proper tone to pull of either end of that continuum.”

But the redeeming quality is that the cast is pretty good and Jeffrey Dean Morgan does his thing stealing all his scenes. The film also shows some conscientiousness about the way corporations test products on innocent little animals.

If Rampage was part of your weekend plans and you’ve been dissuaded from going — or you’re just looking for something else to do — below you’ll find plenty of cool stuff going on around DFW.  — Obed Manuel

Chris Knight at Granada Theater
The folk rock/Americana singer-songwriter stops in town to show that while it may not be easy being him, he can sing like the best of them and put on a hell of a show. Travis Meadows opens. — OM

Rixe at Double Wide
With Lethal Dose, Perdidos, Urn.
French Punk band Rixe play a fast, energetic style based around the Oi! Subgenre that came out of the UK in the late 70’s. Hard rock band Lethal Dose as well as Perdidos and Urn. — JB

Second Chaynce at Prophet Bar
Country, rock, rap crossover Second Chaynce has a peculiar sound offering fast bars, trap production, powerful guitars and country sensibilities. The opening act, Gutter Souls, is hard rock rap group. So if you miss the heyday of Limp Bizkit and Linkin Park this show is for you. — JB

Big KRIT at The Bomb Factory
The Mississippi rapper/producer Big K.R.I.T is an eccentric performer known and for his hot fire mix tapes. He’ll be joined by Mountain Stone, Georgia’s CyHi the Prynce (signed to Kanye West’s Label) and one of Atlanta’s newest names, Major Childish. — JB

Beneath A Quarter Moon: 25 Years of Old 97’s at Kettle Art
Celebrating the Old 97’s rich history in Dallas, there will be a display of the band’s album artwork, media coverage and photography taken at shows over the years. — JB

Kenny and The Kasuals Reunion at Lone Star Roadhouse
Who doesn’t love a good reunion? Dallas garage rock band formed in 1962 is getting back together for a reunion. They may be older, but they still got it. — JB

Afroman at Rail Club
One of the first ever ‘Internet Rappers’ to enter the game Afroman is best known for his single “Because I Got High.” The Grammy nominee has remained an active musician most of his life. Be careful, though: He punched a lady in the face two years ago when she tried to dance on stage. So, y’know, don’t try anything stupid… — JB

Naked Girls Reading: Legalize It at Margo Jones Theatre
The naked girls are back! Let’s talk about drugs, drinking, politics and art. Let’s talk about all the good things and bad things that may be. Remember it’s BYOB! — Gina Torres

Friday the 13th at Curtain Club
It’s the iconic Friday the 13th. Miss out on bad luck, but don’t miss this line-up with Chemicaust, Vein, Creatures & Chemicals and Bad Blood. — GT

Luca Lush at RBC
EDM heavyweight Luca Lush has spent the last year touring internationally and has still managed to continue releasing a string of singles and collaborations. Tonight is all about geting the Dallas crowd dancing, though. — JB

Slow Motion with Blue, The Misfit at Independent Bar & Kitchen
Blue, The Misfit. Continues his series at IBK where he’ll be keeping the mood chill with smooth R&B sounds. The music starts at 10 p.m. — OM

Grand Opening Weekend at Toyota Music Factory
The Pavilion has been open for a while now, but the rest of the complex has not. Click the link above for full details and what else DFW’s newest entertainment center has planned for this three-day celebration. — OM

SoMo at Canton Hall
R&B superstar — and North Texas native — SoMo will be at Canton Hall playing tracks from his latest release, My Life III. Boston’s own Caye will open the show. — JB

Matt and Kim at The Bomb Factory
Hipster pop icons Matt and Kim stop in town less than a month before the release of their sixth studio album, Almost Everyday. Cruisr and TWINKIDS open. — JB

Decades of Decadence Burlesque at Deep Ellum Art Company
Tonight’s burlesque showcase is a celebration of burlesque across the decades. Come dressed in the style of your favorite decade and enjoy time period-themed performances. The dancing starts at 9 p.m. — OM

Forgotten Space at Granada Theater
The local Grateful Dead band takes the stage to pay homage to the band that inspired it. Elektrik Ants opens the show. — OM

Old 97’s County Fair at Main Street Garden Park
This weekend the Old 97’s County Fair will be kicking off the Festival Season. Featuring some great local acts, and some bigger names such as Lord Huron. Big folk and alt country names along with a ferris wheel and corndogs. It’s gonna be a hoot! — JB

Bill Murray, Jan Vogler & Friends at Winspear Opera House
Bill Murray and German cellist Jan Vogler team up to discuss the values in American and European literature, music and art that has influenced people throughout the decades. Discussion starts at 8 p.m., but is sadly sold out already. — OM

Trailer Park Boys at Majestic Theatre
Have a F#cked Up Evening With The Trailer Park Boys. The show has since been rewritten and reworked around John Dunsworth following his death in October of last year. Show starts at 8 p.m. — OM

Escape from the Zoo at Three Links
Crossing the subgenres of skate-punk, folk-punk and ska the line ups is full of some really awesome Texas punk bands along with a few commuters. Noogy, The Antidon’ts and American Discord also perform. — JB

Powerman 5000 at Trees
So this is what it’s like when worlds collide? In all fairness, if we believed in guilty pleasures, we’d maybe thrust that designation on the band’s cover of The Cars’ “Good Times Roll.” But seriously, why should we feel guilty for not actively hating something? — Cory Graves

Easy Rider Charity Bike Ride
Get social and bicycle! Go on a 8-10 mile charity ride through downtown Dallas and visit local non-profits. Afterwards get food and drinks at Double Wide, Bowls & Tacos, and Cold Beer Company for the after party. GT

Main At South Side One-Year Anniversary
Main at South Side is going all out to celebrate its one-year anniversary. Meach Pango, Matt Tedder, All Clean, Dead Vinyl, The Daybreak Hits, Big Red Ants and Oil Boom will provide the live tunes. — OM

Dallas Record Show at Richardson Civic Center
Scour through thousands of records from 10 a.m. until 6 p.m. Add great records to your collection for as little as $1. Good luck on your record hunt! — OM

La Santa Cecilia at Trees
Do it for the culture! This Mexican-American band plays a blend of boleros, cumbias and bossa nova. Come out for a night full of all things culture and enjoy the vibe. — GT

Gone Too Soon at Peticolas Brewing Company
Enjoy the best of Prince’s music while scarfing down omelettes or pankcakes or both. Hell, why not both? Prince is worth it. — OM

Little Shop of Horrors at Texas Theatre
The 1986 rock musical horror flick stars Rick Moranis as a flower shop assistant who has to feed the bloodthirsty desires of a human flesh-eating plant. Fun, no? Screening starts at 5 p.m. — OM

That 1 Guy at Prophet Bar
To know what That 1 Guy is all about, you really have to be there. Mike Silverman is a one-man band who uses homemade instruments during his live performances. See what we’re talking about right here. Experience his funky jazz tunes starting at 7:30 p.m. — OM

American Idol Top 24 Watch Party with Ron Bultongez at The Rustic
The Plano singer has made all the way to the final 24! Watch the episode live tonight and then catch a special performance from the man himself. — OM

Open Streets with Bike Friendly Fort Worth
The plan here is to meet at the sections of Magonlia Avenue that have been closed off to vehicle traffic. The family friendly gathering will feature pets and plenty of space to ride your bike. Fun starts at noon. — OM

All Beyonce Everything at RBC
Time to get in formation. — OM

The Black Cat at Texas Theatre
At this installment of the Secret Sundays From The Vault series you can catch a screening of the 1966 film inspired by Edgar Allan Poe’s chilling tale about murder that was partially filmed in Dallas. Entry costs $7 and will benefit Top Ten Records. — OM

Dallas Pizza Fest at Deep Ellum Art Company
You can read all about this pizza festival by clicking the link above. From noon until 9 p.m., you’ll be able to sample pizza from a handful of local vendors, drink beer and wine and see a pizza eating contest winner be crowned — at least, that’s what’s being advertised. We’ll see how things play out. — OM

DFW Vintage Swap Meet at International Event Center
Bring all the ‘80s, ‘90’s and early aughts gear that you’re tired of and swap it for stuff you do want. Swap meet runs from 12-5 p.m. and admissions costs $5. — OM

Soccer Mommy at Three Links
The 20-year-old has in the past admitted to have a love for Tayor Swift and the pop star’s music. And while there are clearly notes of Swift in Soccer Mommy’s music, the Tennessee native’s tunes have the depth and simplicity that Swift lost long ago. Add to that the fact that Soccer Mommy strives to be more on the alternative/indie spectrum that isn’t crafted solely for mass consumption and you’ve got yourself a dope show. — OM