Array Will Bring Wide-Ranging Disciplines Together. 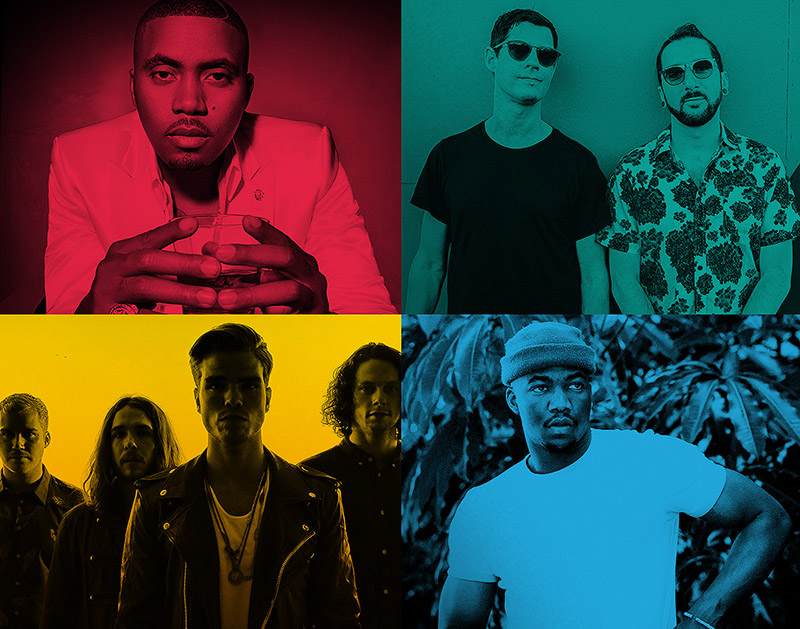 With The Help Of Nas, Big Gigantic, Kaleo and Jacob Banks, Array Will Bridge The Gap Between Dallas’ Love Of Contemporary Moods And Classical Taste.

This story is sponsored by Array, a one-night-only event on Saturday, May 12, at Deep Ellum venues The Bomb Factory and Canton Hall as part of the 2018 SOLUNA Festival. Tickets to this unique presentation can be purchased here.

In its fourth year, the Nancy A. Nasher and David J. Haemisegger Family SOLUNA International Music & Arts Festival is bringing something new to its always exciting package. As part of an effort to further highlight the Dallas music and arts scene’s creative flexibility, SOLUNA is bringing an event called Array into its 24-day fold.

Set to go down at Deep Ellum’s The Bomb Factory on Saturday, May 12, Array will uniquely blend the abilities of acclaimed, hand-selected, international talents with a bedrock of Dallas music stalwarts for a cross-disciplinary, one-night-only spectacle that isn’t to be missed.

Following in the footsteps of past groundbreaking SOLUNA performers St. Vincent, who performed with the Dallas Symphony Orchestra during the inaugural SOLUNA season in 2015, and Pharrell Williams, who teamed with the DSO for a mind-blowing dance presentation in 2016, Array’s debut will bring together iconic New York rapper Nas, Colorado-based electronic duo Big Gigantic, Icelandic indie rock heroes Kaleo and genre-bending English singer-songwriter Jacob Banks for a night of performances that even these acts’ most ardent fans couldn’t anticipate.

That’s because Nas will perform portions of his set while backed by members of the Dallas Symphony Orchestra, Big Gigantic’s offering will be livened up in part by beats provided by the Dallas Mavericks Drumline, some of Kaleo’s sounds will be interpreted live on-stage by the Dallas Neo-Classical Ballet and Jacob Banks will have elements of his own sounds heightened by the vocal talents of the Booker T. Washington HSPVA Gospel Choir.

As if that weren’t enough, those shows on The Bomb Factory’s stage will be paired with a free-to-attend next-door offering of interactive visual art installations at the Deep Ellum venue’s neighboring sister venue, Canton Hall. The featured artists at that showing are Sheryl Anaya, Mattheiu Brooks, Alejandra Camargo, Jordan Castilleja, Jeremy McKane, Carmen Menza, Darcy Neal, James Talambas, Tramaine Townsend and Eric Trich — each of whom is a Dallas-based or North Texas native creator. Installations include Townsend’s “ACCLAIM,” a 360-degree virtual reality experience, Trich and Castijella’s 3-D sculptural effort “PARTIAL PERSONALITY” and Brooks and Menza’s immersive audio-visual “Starting at the Sun” piece.

The brainchild of Dallas Symphony Association Board of Governors Chairman and Capital One Financial Services President Sanjiv Yajnik, Array aims to build interest in the growing fields of science, technology, engineering and mathematics in Dallas by throwing arts into the mix. While Yajnik had himself experienced Dallas’ strong ballet, hip-hop, gallery and classical art crowds, he hadn’t seen those elements combined in a setting like the one Array is promising.

“As different as they may seem, the classical music of the symphony, the edgy artwork of Deep Ellum and countless innovations in the tech industry all share roots in Dallas’s culture, and Array encompasses them all,” Yajnik has been quoted as saying in early press releases promoting the event. “Array will expand upon SOLUNA’s extraordinary mission to bridge the classical and contemporary arts, while simultaneously attracting new and diverse audiences.”

The idea isn’t simply to showcase odd musical pairings or trippy experimental art exhibits, but to highlight the artistic variety that Dallas currently boasts and show future generations that they too can create beautiful art here in Dallas.

Writes Yajnik in a more-detailed breakdown of his inspiration for Array: “I have long believed that inspiration from the arts have the power to accelerate innovation and drive a vibrant, rich culture in our communities.”

For more information about SOLUNA and to check out its entire schedule of events, head here.