Welp, Rampage Is Exactly What You Think It Is. 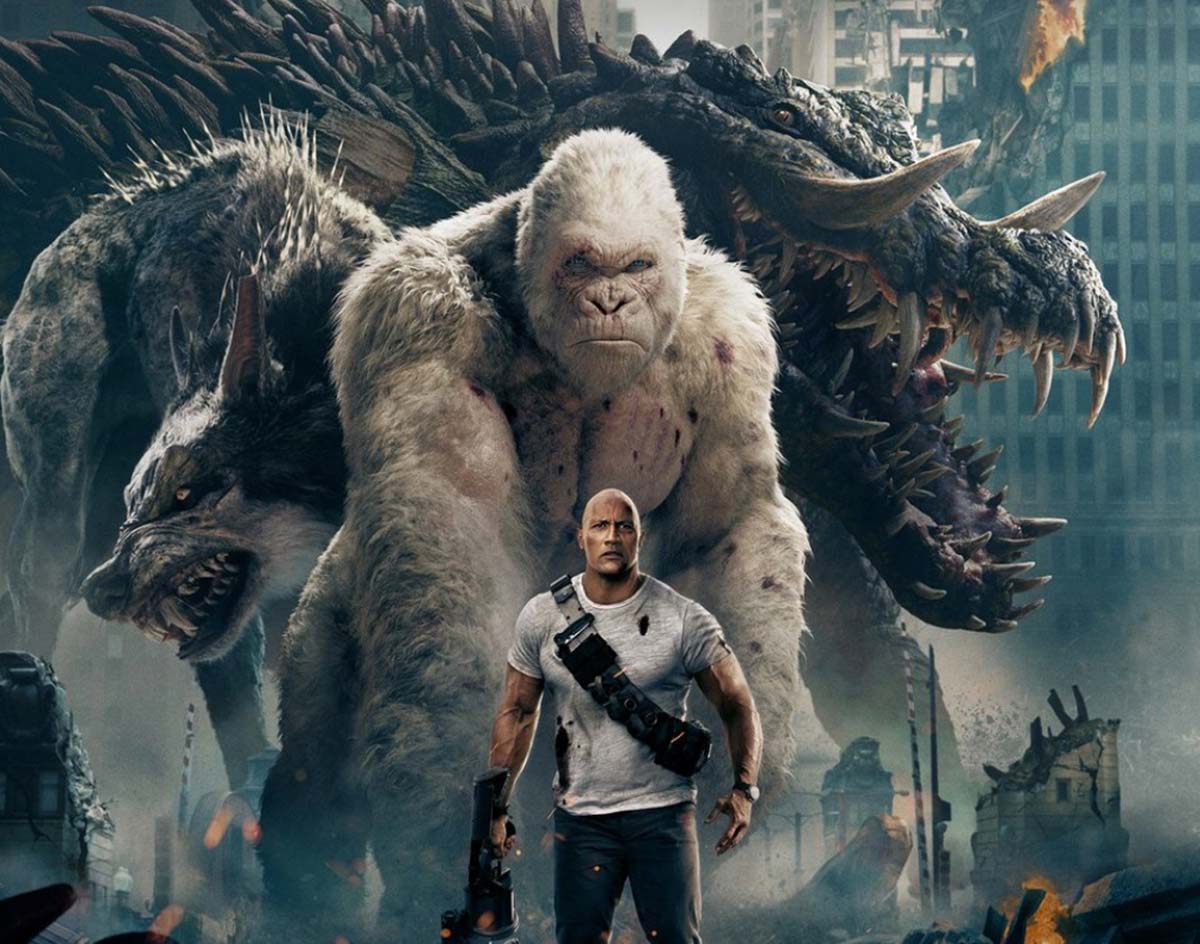 The Rock’s Latest Is An Over-The-Top, Wholly Unnecessary, Remarkably Ramshackle Package. Shouldn’t We Expect Better Of One Of Hollywood’s Most Bankable Stars?

Dwayne “The Rock” Johnson is one of the best-known and best-paid actors working today. He’s earned his lot in Hollywood, too: No one can deny the man’s charm.

So why, then, are so many of the films he’s making in the prime of his career such mixed bags? For every Fast 5 and Jumanji, we get a San Andreas — or, unfortunately in this case, Rampage, which feels like a movie-making experiment gone wrong.

Based on the goofy arcade game of the same, the script goes to great lengths to ensure that a giant gorilla, a massive wolf and an over-sized crocodile will have an excuse to mess up a whole city.

This story has everything — black ops teams, shady corporations, space stations and a genetics modifying virus that is being weaponized for profit and evil. And it’s all up to primatologist/ex-military dude/super buff guy, Davis Okoye (Johnson) to right all these wrongs — well, with the help of his bestest pal, a white gorilla infected with the modifier named George, of course.

Which, whatever. That’s fine. Handled well, Rampage could’ve been a fun american kaiju joint. Unfortunately, the movie doesn’t know what it wants to be, and ends up as a ramshackle blend of goofy buddy action comedy and bloody creature feature — and without the proper tone to pull of either end of that continuum.

There are hints here of a clever movie that tackles our approach to animal experimentation and how we care, exploit and vilify animals on whims. But the film’s pacing refuses to stop and let you wonder about any of that stuff in favor of telling of a story that barely makes sense.

The cast is OK enough. The Rock does some The Rock stuff. Joe Manganiello is, for the first time in his career, underused. And Jeffrey Dean Morgan’s Agent Russell manages to steal every scene he’s in by strutting around the entire film like a stoned Foghorn Leghorn.

Meanwhile, the action is actually pretty fun. It just trips over itself at every turn by repeatedly and unnecessarily upping its ante.

But it has its moments! And that’s something, at least.