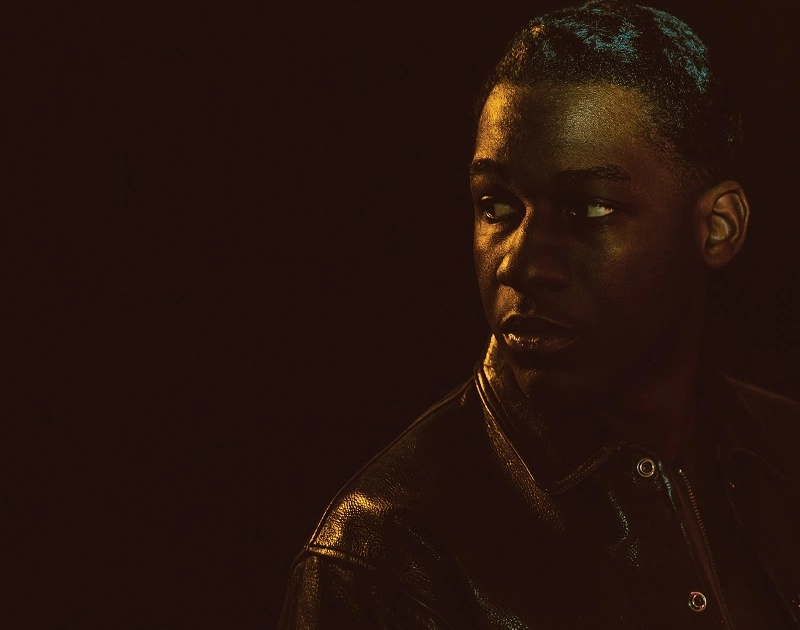 Bring It On Home With Har Mar Superstar, Step Up To The Plate With Dirk Nowitzki, Take Home Some Jeremy Biggers Art, Make Good With Leon Bridges And More.

Watching a camel eat a cactus might not have been on your bucket list until you started reading this sentence, but now we’re guessing you can’t stop thinking about what that must look like. Wonder no more. Here’s a clip of a camel scarfing down some prickly pears, with the prickly bits very much intact.

Now that your curiosity has been briefly placated, you might also be wondering about what else you’re going to do today. Below is list of conciliate that part of your brain, too. — Cory Graves

Har Mar Superstar Sings Sam Cooke at Kessler Theater
From rocker to dance music maestro, soul man and Julian Casablancas protégé, Har Mar has gone through many iterations. The one thing they all have in common is stunningly impressive vocals and a live show of unmatched intensity. Should be no different when he brings a big, horn-filled live band to cover the music of Sam Cooke. Sudie opens. — CG

Dirk’s Heroes Celebrity Baseball Game at Dr Pepper Ballpark
The Big German’s 8th annual charity baseball game will include participants like Dak Prescott, Zeke Elliot, Sean Lee and most of the Cowboys roster, as well as the rest of the Mavericks, plus Demarcus Ware, Von Miller, Herschel Walker, Mark Cuban, Vernon Wells and many more. — CG

Bad Axe Throwing Dallas: Free Open House
In order to get you hooked on the trendy new activity, the biggest axe-throwing club in the country is letting you come and play for free, for this weekend only, at its new Dallas location. — CG

Snarky Puppy at The Bomb Factory
The multi-Grammy-winning Brooklyn-based jazz-fusion outfit returns to the North Texas stomping grounds from whose famed UNT school of jazz they initially sprang. — CG

Jeremy Biggers at {neighborhood}
The multimedia artist’s latest solo show No Labels kicks off Friday night in Bishop Arts. Everything in the show is for sale, so you’ll want to hit it opening night for first dibs. — CG

John Fullbright at Fort Worth Live
Born in the same small Oklahoma town that gave us Woody Guthrie, John Fullbright never shied away from his roots. He first made a name for himself performing in an annual folk fest named after Guthrie. Since, he’s released a handful of albums that exude a similarly bold, rootsy style to forbearers Steve Earle and Townes Van Zandt, and his tune “Gawd Above” appeared on the August: Osage County soundtrack. — CG

Robert Earl Keen at Billy Bob’s
The road goes on forever. The party never ends. Not as long as the fam-o-lee keeps on showing up in droves, anyway. — CG

9 to 5 at Inwood Theatre
For Dolly Parton, Jane Fonda and Lily Tomlin, getting even is a full-time job. — CG

Ham-Com Amateur Radio Convention at Plano Event Center
The world’s biggest amateur radio convention. I mean, who is going to argue with that claim? — CG

Party in the Park at Lone Star Park
You can bet on a good time here. Spring thoroughbred season is back in full effect, and there’ll be plenty of live racing and $2 beer. — CG

DJ Biz Markie at House of Blues
Biz Markie did this at 35 Denton a couple years back, and it got a pretty mixed response. He doesn’t really rap that much, he just plays a bunch of old songs from the ’80s and ’90s. But hey, if that sounds like fun to you, check it out. But you could probably do that at your house for free. — Paul Wedding

ZZ Top at WinStar World Casino and Resort (Sold Out)
The tres hombres sold out the casino across the border. — CG

The Coathangers at Dada
Crass, bold, fiesty, fearless…the list of words to describe The Coathangers overall bad-assery is endless. The band is immensely charismatic and talented, yet, simultaneously spiny like a porcupine covered in cactus needles. Acid Carousel and The Bralettes open. — Roberto Aguilar

Sunny Sweeney at Billy Bob’s
This was originally scheduled as a Wade Bowen concert, but he had to undergo a surgery on his voice to regain his singing ability in order to continue the tour. No worries, the ever-capable Sunny Sweeney – whose catalog is much peppier IMHO – will step up and do more than just fill-in. — CG

Leon Bridges at Toyota Music Factory
Leon’s riding a huge wave on the heels of his smash hit sophomore album. He’s been on just about every television show you can perform on these days. He’s also crushing the charts. Per Billboard, his Good Thing debuted at No. 1 on both the Americana/Folk and R&B Albums charts, and hit “a career-best No. 3 on the Billboard 200 dated May 19 with 66,000 equivalent units according to Nielsen Music.” His lead single “Bad Bad News” also hit No. 1 on the Adult Alternative Songs airplay chart. His a bona fide superstar. Stephen Colbert bandleader Jon Batiste also performs. — CG

Leon Bridges After-Party at Scout at the Statler (Free w/ RSVP)
The official Leon after-party features old time billiards and bowling, tunes from DJ Sober and the promise of some “special guests.” Admission is free with RSVP above, though admission isn’t guaranteed. — CG

Belmont Stakes Day at Lone Star Park
You can watch the final jewel in horse racing’s Triple Crown just about anywhere, but this is about the only spot where you can legally bet on the thing. There’ll be live thoroughbred racing as well. — CG

Maroon 5 at American Airlines Center
Ladies and gents, 2013’s sexiest man alive, Adam Levine, is back in Dallas. Not just Mr. Levine, mind you, but the rest of his alt-pop outfit, Maroon 5, too, although none of those other guys have ever been a judge on The Voice. Going back to the early aughts, it’s hard to remember a band that’s made a bigger impact in the pop world, though. — Lauren Rushing

Vir Das at Addison Improv
The first Indian comedian to get a Netflix special, just inked a deal last month for two more. Before he hits your TV, he hits town for several shows at the Improv this weekend. Head here and revisit last year’s Conan appearance as a warm-up. — CG

Videodrome + Mutant Wave at Texas Theatre
David Cronenberg’s 1983 cult classic screens in 35mm, then the Mutant Wave DJs — along with special guests Mirror Box, TX Connect and Jake Schrock — perform behind the screen. Schrock, in particular, is of interest at the moment, as the S U R V I V E dudes for signed the Dallas ambient electronic artist to its Holodeck roster and will be releasing his debut LP to the masses on July 27. You can read more about Schrock and his relationship with the Stranger Things composers here. — CG

Fair Park Sparks
The answer to East Dallas’ second favorite game (Gunshots or Fireworks) is a bit tougher the farther one is removed from a major fireworks holiday like Independence Day. But if you do hear fireworks on Saturday, this might be why. — CG

Big D BBQ Battle at Addison Circle Park
The first 1,000 people through the gate will get to cast one of the deciding votes. But, really, everyone’s a winner here. — CG

Sunflower Bean at Dada
The New York trio has done well for itself since its 2013 formation with jangly-yet-understated garage rock. Jesse Jo Stark opens. — CG

Delta Rae at Levitt Pavilion
Delta Rae is a folk rock band from North Carolina that has a lot of talent but it just a little too poppy. They have a few strong tracks where they go balls-out folk rock but oftentimes the lyrics and the voice of the lead singer really bring it down. There’s a boy band aesthetic to them in many of their videos that just doesn’t fit, but they do have the capability of making good music. — PW

Motorized Lime Bike Jousting: Deep Ellum Tournament in Deep Ellum
Dear god I hope this is real. And if it does happen to go down, you can expect some coverage on the Dallas Bike Mess Instagram account. Maybe go give them a follow now just in case. — CG

Aqua: The Knocks at SiSu Uptown Resort
Lights All Night vets The Knocks are DJ-ing this pool party. — CG

The Starck Chronicles at The Church
A musical ode to that period in the ’80s when ecstasy was legal and sold at the bar. — CG

The Bacon Brothers at Kessler Theater
Cut footloose with this music duo fronted by brothers Kevin and Michael Bacon of Hollywood fame is much more than just a side project, it’s a culmination of their lifelong passion of music. — BL

Big Red Ants (Album Release) at Main At South Side
New throwback alt-rockers BRA are from Arlington and not ashamed to admit it. The band’s new self-titled full-length came out last week, but a proper album release show comes this Sunday. Meach Pango and Cameron Smith also perform. — CG