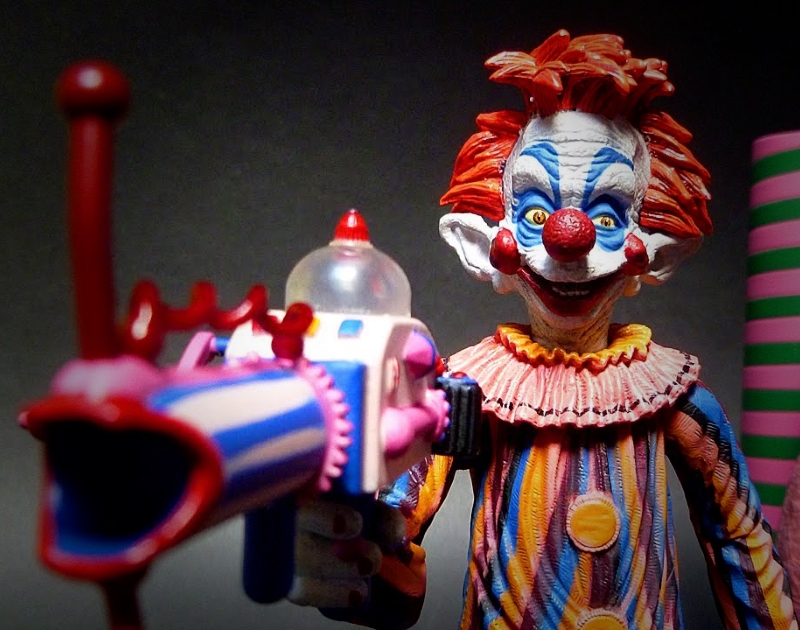 Make Some 24K Magic at the AAC, Get Spooked at a Halloween Double Feature, Get Caught Up in a Blue Wave, Surf Along to Wavves at DEAC and More.

One interesting method of finding new things to do every day is to pick a random stranger, follow them around and re-discover the city through their eyes.

It’s a growing trend among artists, we hear.

It’s also kinda creepy. Some people might even call that “stalking.”

There are plenty of ways to find new Dallas activities that aren’t borderline illegal. One such method is to remain a comfortable distance from strangers and just browse the list below from the safety of your own personal space. — Cory Graves

Bruno Mars at American Airlines Center
The two-time Super Bowl half time show performer does the second of back-to-back nights in the Dallas Stars’ barn. — CG

Honne at Trees
The U.K. electronic duo hits the states in support of sophomore effort Love Me, Love Me Not, a “bouncy robot-funk record.” — CG

Hair Metal Mondays at Double Wide
Before Alice Cooper’s set the next night at TMF, the rest of his current backing band will play a set of their own at a much smaller venue. Rock! — CG

We Were Promised Jetpacks at Dada
After a two-year break from shows and albums, the 15-year Scottish indie rock band is reinvigorated. They’re back with a new record and a renewed sense of urgency. — CG

John Carpetner’s Vampires at Alamo Drafthouse (Cedars)
This 1998 Halloween movie heads way out west kick the shit out of some shit-kicking vampires. — CG

Jamey Johnson at The Theatre at Grand Prairie
The modern day outlaw performs while strapped. Steve Earle, BJ Thomas and Keith Secola also perform. You’re encouraged to come armed. The more people that bring guns, the less likely somebody bad with a gun will be tempted to do something. — CG

Tamia at House of Blues
Hey, Grant Hill’s wife is in town to sing some Canadian R&B. She’s on Def Jam, even. — CG

Alice Cooper at Toyota Music Factory
School’s out, but not for much longer. Celebrate your lack of classes and principals with the rocker who has neither class nor principles while you still can. — Alex Copeland

Fire Walk With Me at Alamo Drafthouse (Cedars)
The OG Twin Peaks prequel gets shown up on the big screen. — CG

Houston Rap Tapes Book Launch At Deep Vellum
Deep Ellum’s own literary hotspot hosts this release event and signing for Houston Rap Tapes: An Oral History of Bayou City Hip-Hop, an updated version of the similarly named 2013 book that takes a deep dive into the history of Houston rap through photos and interviews with its biggest luminaries. Those behind the book will be in attendance, and Dallas’ own Black Taffy will be spinning a chopped-and-screwed set, as he does, to keep the vibes just right. — Pete Freedman

Freemark Abbey Wine Dinner at Perle on Maple
Four gourmet courses, each paired with a different wine from the Napa Valley vineyard. — CG

4U: A Symphonic Celebration of Prince at Toyota Music Factory
This is, reportedly, the only Prince tribute show officially approved by the High Priest of Pop’s estate. — CG

Night of the Demons at Alamo Drafthouse (Cedars)
This wild teen romp is set in a 1988 funeral parlor, where some crazy kids hold a seance that awakens some freaky demons. It’s fun to do bad things. — CG

Victor Prince: The Camino Way at The Wild Detectives
Author Victor Prince will be on hand talking about his new book and offering up some travel tips for those interesting in hitting up Spain in the near future. — CG

Michigan Rattlers at Three Links
Graham Young and Adam Reed were childhood friends who went their separate ways and then ended up reuniting in Los Angeles to create folk and Americana songs that soothe the soul. The indelible Joshua Ray Walker opens. — Gina Torres

Strangers on a Train at Angelika Film Center
Hitchcocktober continues with another master class in suspense and groundbreaking cinematography. — CG

Denzel Curry at Trees (Sold Out)
The Florida rapper, who opened for Run the Jewels last time through town, has been known to rap over samples that sound like they’re lifted straight out of horror flicks. So the timing of this one, so close to Halloween, is all too perfect. — CG

Halloween at Alamo Drafthouse (Cedars)
It’s a double-feature of the 1978 introduction to Michael Myers, and the just-released follow-up — a sequel co-written by Danny McBride that takes place 40 years after the original and pretends like none of the other films in between ever happened. — CG

Killer Klowns From Outer Space at Texas Theatre
The 30th anniversary screening of this campy sci-fi horror classic will be shown in glorious 35mm. After the credits, The Faps and American Shit Storm perform songs behind the screen. — CG

Wavves at Deep Ellum Art Co.
The band will sing about wanting to be Dave Grohl while sounding suspiciously like Rivers Cuomo. It makes for a good time. Wooing opens. — CG

After the Burial, The Acacia Strain at 2513 Deep Ellum
A co-headlining prog metal tour! — CG

Big Bang Pop-Up at Double Wide
It seems DJ Sober isn’t quite done with his Big Bang parties just yet: After announcing in July that his seven-years-running weekly was going to be ending its time at Beauty Bar, Sober announced this week that it would be returning this Thursday, October 18, at the Double Wide as a “pop-up,” which is something he’s been into of late. Whether the party becomes a regular event at the Deep Ellum spot, either as a weekly or perhaps as a monthly, will be determined after seeing how Thursday’s event goes, Sober says. — Pete Freedman