Things To Do In Dallas This Week: October 1 – October 4. 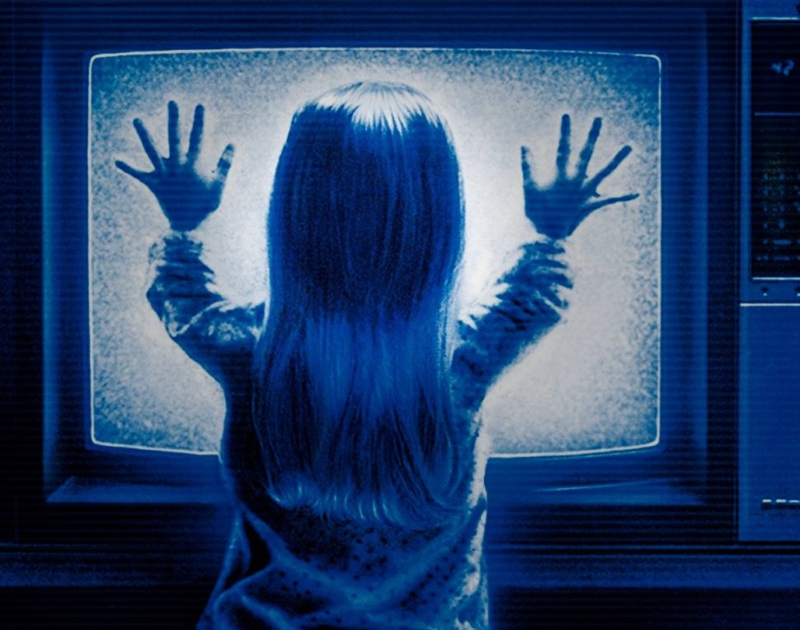 Start Your Month of Horror Film Bingeing, Drink in a Historic House, Watch Kendrick’s Buddy Rap at Trees, Laugh on Behalf of Beto or Pair Beers With Dinner.

Recently, for fun, a woman attempted a viral spicy ramen challenge. As you might have guessed, since we’re bothering to write about it, things didn’t go as planned. And how!

Needless to say, there aren’t ramen challenges on our list of recommended activities over the next four days. — Cory Graves

Poltergeist at Angelika Film Center
It’s heeeeere. The legit-cursed horror classic gets some play well ahead of Halloween. — CG

Death Cab For Cutie at The Bomb Factory
Nearly four years to the day Chris Walla left the band, and almost two years to the day since it last played this room, the indie rock stalwarts return to Deep Ellum. — CG

Amorphis and Dark Tranquility at Trees
The old school Finnish and Swedish metal outfits co-headline this one, while Moonspell, Omnium Gatherum and The Darkening open. — CG

Marcellus Juvann at The Prophet Bar
The Cleveland/Houston/Florida-tied Juvann was a top contender on last year’s season of VH1’s Signed reality competition. Here, the rapper gets a spotlight of his own. LB199X, Coach Tev and Danny G open. — CG

Pour Yourself into History with the Dallas Historical Society at Bowen House
Learn some Dallas history the fun way — that is the drunk way. Nestled inside the historic Ahab Bowen home in Uptown sits an upscale watering hole. Who knew? — CG

Metz at Dada
Based in the same town as the continent’s first legal robot sex brothel is Toronto noise rock outfit Metz, which comes baring the Sub-Pop seal of approval. Duell opens. — CG

Dashboard Confessional at South Side Ballroom
Oh man, Death Cab and Dashboard in the same week? Too much! All Time Low opens. — CG

Hoodie Allen at House of Blues
The Long Island native and favorite rapper of many-a white millennial returns to town, where he’s sold out numerous large venues over the past several years. — CG

Kusama: Infinity at Texas Theatre
The octogenarian artist behind that wildly popular, glowing pumpkin exhibit at the DMA last year gets her own doc. — CG

Greta Van Fleet at South Side Ballroom
The little baby Zeppelin clones are sure to make your pops happy. Go with him. Make it some sort of bonding thing. — CG

Carmina Burana at Meyerson Symphony Center
Carl Orff’s enduring choral work gets the once over by the DSO and a 200-person choir. — CG

Dallas Stars vs Phoenix Coyotes at American Airlines Center
The Stars and their brand new head coach kick of the 2018 campaign at home against the Coyotes. — CG

Miniature Tigers at Dada
The Brooklyn indie-pop outfit drops a new album at the end of the month, so you’ll likely get some new tunes at this one. Jasper Bones opens. — CG

Sofi Tukker at House of Blues
New Yorkers Sophie and Tucker are, perhaps, best known for their song that served as the iPhone X launch tune. Cricket Wireless presents this one. A real phone-centric affair. — CG

Virtual Self, Porter Robinson at The Bomb Factory
Electronic producer Robinson and his more techno-leaning alter-ego co-headline this one. An inspired way to pick up double the checks. Eprom opens. — CG

MC Lars at The Prophet Bar
The nerdcore/post-punk/laptop rapper MC Lars rhymes about things that really matter, like Wikipedia, texting, the works of Edgar Allan Poe and ice cream. He’s also got ties to Bowling for Soup, so maybe you’ll get a sighting from one of the guys at this one. MC Frontalot, Crayondroids and Schäffer The Darklord open. — CG

Nick DiPaolo at Texas Theatre
The frequent Comedy Central roaster and Inside Amy Schumer and Louie cast member comes to town with his The Nick is RIGHT stand-up tour. — CG