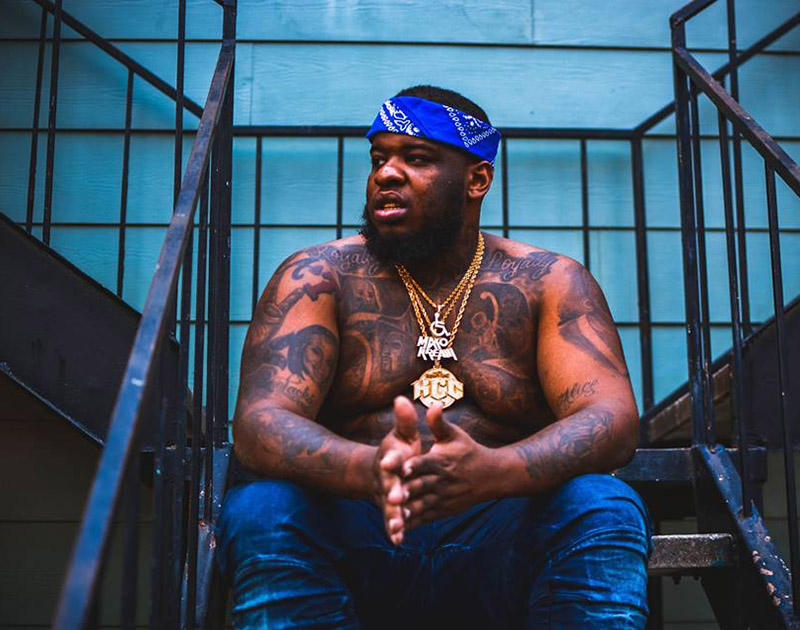 Sleep On A Bed Of Roses With Bon Jovi At American Airlines Center, Take A Smoke Break With Maxo Kream At Trees And Don’t Sleep On Ty Dolla $ign At House Of Blues.

So Leon Bridges is back with some hot fire tracks.

As we reported in our White Noise column a couple of weeks ago, Bridges dropped a couple of singles from his upcoming — and very long-awaited — sophomore album, Good Thing. We here at Central Track were obviously super hype about the announcement, but there was more.

But then we learned that Bridges has scheduled a very special hometown release of the album at the Pavilion at Toyota Music Factory. The gig is set for June 9. And opening for Bridges will be Jon Batiste and the Stay Human crew from The Late Show With Stephen Colbert.

This just goes to show you that things stay hoppin’ in North Texas. And as always, we’ll try to do our best to let you know about all the cool stuff our local celebs are getting up to — as well as all the touring acts stopping through DFW. Speaking of which, check out the full list below to see what you can get up to this week.

Bon Jovi at American Airlines Center
The House Is Not For Sale Tour.

Dirkschneider at Trees
The Farewell To Accept Tour.

The Fever by 600 Highwaymen at AT&T Performing Arts Center
A test of personal and collective responsibility.

All The Rage at Texas Theatre
The Dallas premiere.

Broken Social Scene at House of Blues
With Belle Game.

Mexico vs. Croatia at AT&T Stadium
A rematch of the 2014 World Cup.

Why Don’t We at South Side Ballroom
The Invitation Tour.

Phillip Phillips at House of Blues
The Magnetic Tour.

Science Cafe at Noble Rey Brewing
Can We Save South Africa’s Rhinos?

Televanelist at The Dirty 30
With Doggo, Day 4 and more.

Cradle of Filth at House of Blues
The Cryptorania World Tour.

Darkness Divided, Charcoal Tongue at Prophet Bar
The End Of It All Tour 2018.

Taste of Asia at Pike West Commerce
A culinary tour.

Ottoman Turks and Friends at Double Wide
With Crooked Bones and a special guest.

John 5 and The Creatures at Trees
With Hero Jr., Rivethead, Nytrate.

Disco, TX The Get Down at The Stoneleigh
A throwback celebration.

24-Hour Video Race at Angelika Film Center
Who will win out?

Glam Night at The Wild Detectives
With Midnight Opera and Lorelei K.

Rise Against The Machine at Granada Theater
With Concrete Cowboys.

Locked & Loaded at Armoury D.E.
With Knifight, Atop, Rei Clone.

Easter Keg Hunt at The Rustic
An Easter hunt for the grownups.

Underground Avengers at The Rail Club
With Boondox, Bukshot, Claas.

Ty Dolla $ign at House of Blues
The Don’t Judge Me Tour.

Terror Vault Fest
Everything is TBA.

Waitress at Music Hall at Fair Parkl
The hit musical about the service industry.

Easter In The Park at Oak Lawn Park
The pooch parade kicks of at 2 p.m.

Easter at The Adolphus
Eat all the food.