Things To Do In Dallas On Monday, March 26. 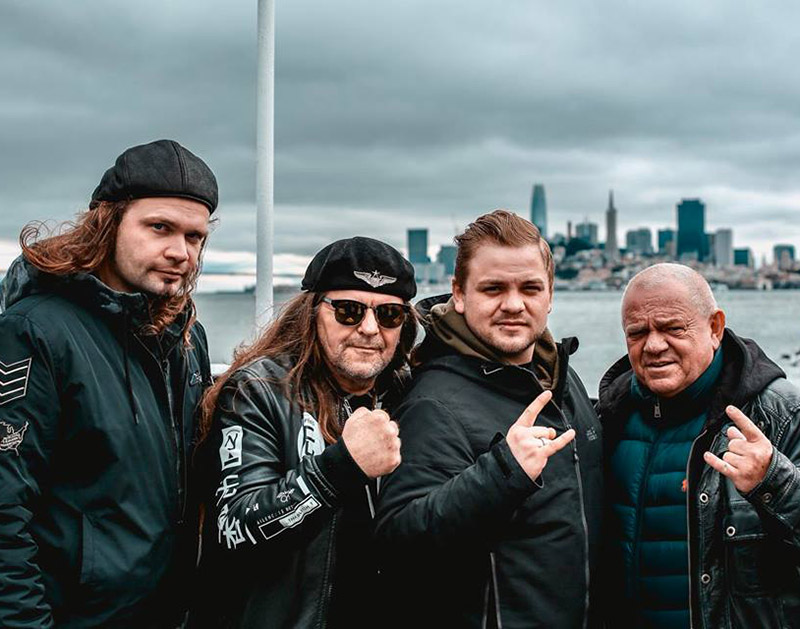 Run Through The Night With Udo Dirkschneider At Trees, Go Out In A Blaze Of Glory With Bon Jovi At American Airlines Center And Discuss The Dallas Music Scene At Independent Bar & Kitchen.

Sometimes you just gotta start the week with some good news.

Here goes. Perry Martin of Fort Pierce, Florida had long ago given up on being reunited with his cat, Thomas Jr. He lost the cat 14 years ago after he moved in with a friend in 2004 after Hurricane Jeanne displaced him and Thomas Jr. escaped that home.

Martin thought the cat had been killed out on the streets and basically gave up hope. Sad, right? But we said this was going to be good news. An animal shelter in Palm City picked Thomas Jr. up, and thanks to the microchip Thomas Jr. had been carrying since 2002, the shelter was able to identify the cat and notify Martin.

Judging from the photo, it’s clear the cat missed its human. There you have it — some good news to start off your week. Want some more? There’s a whole bunch of cool stuff to do in town tonight — as you can see from the list below.

Bon Jovi at American Airlines Center
Bon Jovi doesn’t really need help selling albums, but a recent ticket/CD bundle put them on top of Billboard‘s top 200 a few weeks ago. Still, the iconic rock crew is in town touring  its 2016 The House Is Not For Sale album. And of course, expect the hits.

Fang at Three Links
The punk rock crew out of Oakland, California has been going strong for more then 30 years now. The DIY spirit has kept it in the business of doing what its fans love most: crafting classic American punk. Bastard City and Nosferat LL open.

Who Cares About Dallas Music? at Independent Bar & Kitchen
As the City of Dallas continues shaping its plan and refining its cultural priorities, here’s a chance for folks in the music community — both artists and fans — to voice how they think the city needs to shape an environment that fosters and supports local talents and the music scene. The discussion kicks off at 7 p.m.

New Math Mondays at Off The Record
Join JT Donaldson, Ben Hixon and special guests every Monday from 9 p.m. ’til last call for some fresh tunes.

Ferris Bueller’s Day Off at Main Street Garden Park
The organizers over at Discover Downtown Dallas didn’t schedule this screening in time for you to play hooky yourself, but you can at least kick your week off with a screening of this ’80s classic about a young man and an imaginary friend who helps him cope with social anxiety. Oh yeah, we went there.

The Night Game at Club Dada
After a bit of a career crisis, Martin Johnson — the former frontman of Boys Like Girls — spent some time writing songs for the likes of Avril Lavigne and Christina Perri. But he got back into the game for himself and formed The Night Game, a new wave/alt rock band with an obvious ’80s influence but with a totally contemporary finish. If you enjoyed his voice with BLG, here’s a chance to see his musical creativity reimagined.

Udo Dirkschneider at Trees
The iconic German heavy metal singer is rolling through Dallas while on his band’s Farewell To Accept Tour. And speaking of farewells, Dirkschneider recently talked about the possibility of retiring, namely because he’s tired of people comparing him to Accept, the other band he used to front. So whatever you do tonight, just enjoy the tunes and don’t bring up his old crew. Elm Street and Creeper also perform.