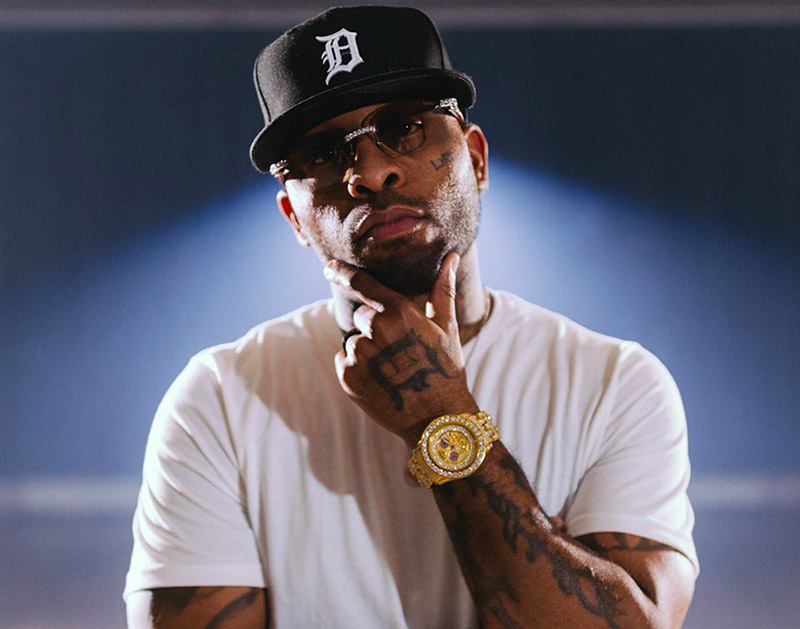 Shine With Royce Da 5’9″ At Trees, Go On The Santa Bar Crawl Around Uptown And Celebrate 10 Years Of Art At The Modern Art Museum Of Fort Worth.

Of all of the bizarre videos you’ve seen this year, this video should be nominated for epic fail of the year. Check it out:

Jay Swingler, better known for his YouTube channel TGFbro cemented a microwave into his head. Yeah, we were speechless, too. The things these YouTubers do for clicks.

Swingler and his friends wanted to make cement fold out of head but of course his head got stuck. They waited 90 minutes to do so. Five firefighters came and took an hour to take the microwave off and were left unimpressed.

As of press date, the video has more than three million views, but the lesson here is don’t stretch the limited time and resources of emergency personnel in your city. Anyway, while you’re out checking out these cool events, be sure to not to be a jerk and do like Swingler.

Whitechapel at Gas Money Bar N Grill
With Carnifex, Rings Of Saturn, Entheos and So This Is Suffering.

Prayers at Trees
With War of Izaca and Teen Slut.

Suicide Silence 10-Year Anniversary Tour at The Door
With Upon A Burning Body, Winds Of Plague and Prison.

Timothy B. Schmidt of The Eagles at Granada Theater
Member of legendary rock band, The Eagles, will perform.

The Inner Gamer Night at BrainDead Brewing
It’s game night and they have a Nintendo Switch.

Jam Session With RC at The Prophet Bar
Open mic with The RC and The Gritz.

Orchids Bloom at Deep Ellum Art Company
With Tootsie Foster and The Lollipops.

Set To Stun at The Dirty 30
With Northern Ghost and Hazel Band.

Gary Numan at Trees
With Me Not You.

Pokey Lafarge at Kessler Theater
With The Easy Leaves.

Sir Alex at The Door
With Tron Vegas.

Disco, TX Mad Men Party at The Stoneleigh
Come out and dance to ‘60s and ‘70s music.

Fit For A King at Trees
With In Hearts Wake, Like Moths to Flames and Phinehas

Jay Scroggs at The Prophet Bar
With Gak, Harry Edohoukwa and GXX.

Bonnie Bishop at Kessler Theater
With Matt the Electrician.

Dallas Santacon Bar Crawl 2017
11 venues in one night, it’s going to get lit.

10-Year Anniversary Celebration at The Modern
Part of its tenth year anniversary.

Dead Kennedys at The Rail Club
With Avenue Rockers, Casual Relapse and Noogy,

Phuss at Lola’s Saloon
With From Parts Unknown, It Hurts To Be Dead and NU-95

A Very Ghostlight Christmas at Curtain Club
Among The Ruin ,In Search of Sight ,VeiN ,The Eureka Effect ,Born & Raised ,Drown This Kingdom Band and The Augurist Complex.

The Colors of Christmas at Majestic Theatre
Enjoy some holiday R&B and soul music.

A Night For The Rutherford at Renos Chop Shop
In support of Jerry Rutherford.

Generation: Girls – An Art show on diversity and inclusivity at Mitchell Lofts
Come see art created by 15 young women in the Dallas area.

D and Chai at The Dirty 30
Last show of the year!

Snoop Dogg at House of Blues
Drop it like it’s hot with the Dogg himself.